A while back, I purchased a groupon for Taste of Thai. Taste of Thai has two locations: Hillcrest and Del Mar. I’ve known about Taste of Thai since I first moved to San Diego. When I was in college, it seemed that the two most popular Thai places were Taste of Thai and Celadon. At the time, the two were located directly across the street from each other in Hillcrest. Celadon has since relocated and revamped its menu and style.

I was a loyal Celadon patron when I was in college, so I never visited Taste of Thai. Lately, when I pass by Hillcrest, I see the signs for the lunch specials, so I have been wanting to check it out for a while. So when the groupon appeared, I purchased one. 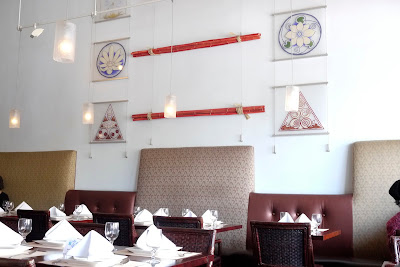 We went for a weekend lunch. Unfortunately, the lunch specials are only during the weekdays.

We started off with the Mee Krob appetizer, something we’ve never tried before. 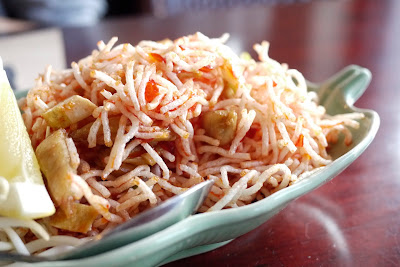 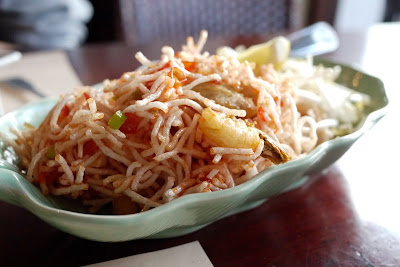 After our appetizer arrived, our food took a really really long time. I don’t know what the hold up was because there were not many customers in the restaurant.

Fiance and I both really love the various Thai noodle dishes, so when we go out to eat Thai we always tend to order quite a few noodle dishes instead of more entree type dishes.

We ordered the Pad Thai. 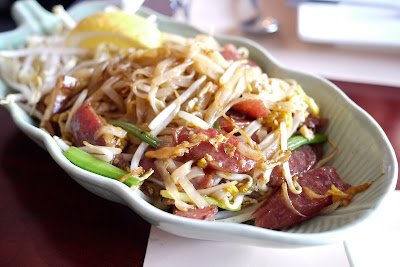 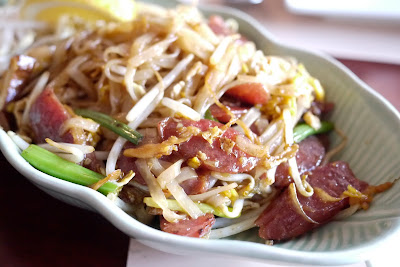 I ordered it with Thai sausages, but the sausages in this dish were the chinese sausages. Still, I liked that they offered another option other than the standard chicken, pork, beef, shrimp. The pad thai okay tasting, but not great. 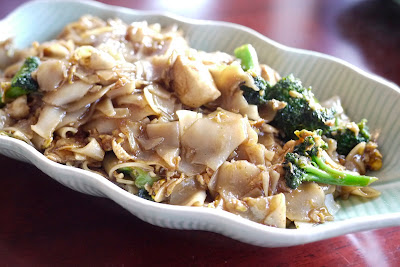 I thought this dish was way too salty. I couldn’t eat more than a few bites. The noodles were also too choppy and cooked a little too long. They should be a little chewy and these were too soft.

Going into this experiences, my expectations were not that high, especially since we’ve had a lot more different thai places since our college days. But I was really disappointed by the food here. The servers were really friendly and our waters were constantly refilled. It’s too bad the food wasn’t as good.

8 comments on “Taste of Thai”