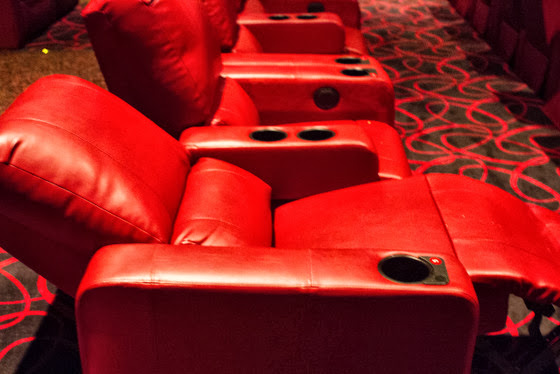 At the beginning of this year, AMC La Jolla began a renovation process, which was completed recently. The updates have made it more upscale, to compete with Arclight and Cinepolis.

I wanted to see Despicable Me 2 opening weekend and found that it was not playing at Arclight, which has been my go-to theater since it opened late last year. I love the reserved seating and nicer seats. So we decided to head over to AMC La Jolla to check out the renovations. I hadn’t planned on doing a post, but once inside, I couldn’t resist taking some photos. 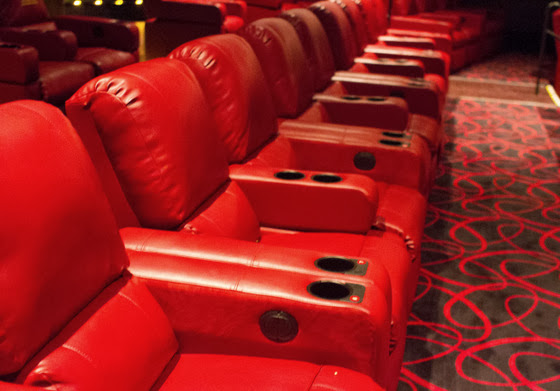 When I entered our assigned theater, I almost did one of those cartoon jaw drops. I could not believe the size of the seats! I had heard there were reclining seats, but these were really luxurious. Bright red leather, extremely spacious, and they recline all the way down. 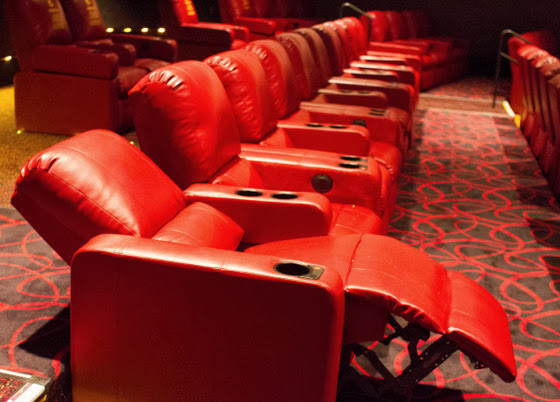 To even talk to Mr. K, I had to reach quite far over because the seats are so wide. And they are really comfortable as well. I actually was having a hard time staying awake and had to get myself up from the reclining position. 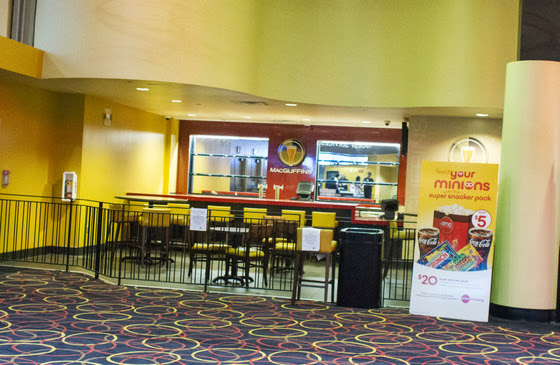 In addition to the new seats, they also updated the lobby and added coke free play machines. I’ve talked about the coke machines before from other restaurant posts. They impressively provide hundreds of drink options. Apparently, AMC La Jolla also just got a liquor license so they will soon be serving alcohol as well. 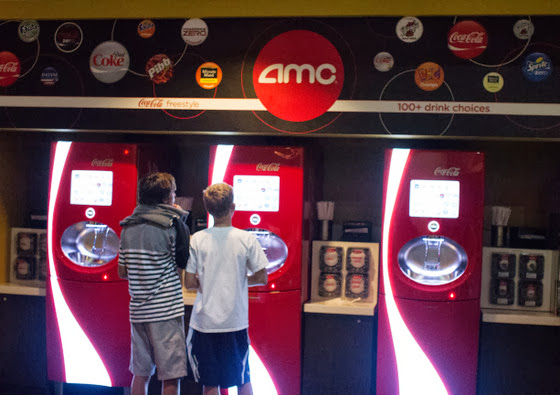 I really enjoyed the nice seats, which are even nicer than the ones at Arclight. Now I just wish they had reserved seats. With Arclight, you can buy your tickets online and choose your seats online, eliminating the need to come early to the theater. At AMC La Jolla, you still need to show up early to purchase tickets (sometimes hours in advance for a popular one) and show up at the theater early to be seated so that you can get a good seat. You also still have to sit through about 15-20 minutes of previews which I had to readjust to because Arclight only has about 5 minutes of previews.

Still, I’m happy to see how nice the seats are now at AMC La Jolla and tickets are cheaper than the other two luxury theaters, especially if you get the AMC tickets at Costco. Currently, AMC La Jolla is the only one in San Diego that has undergone the renovations.