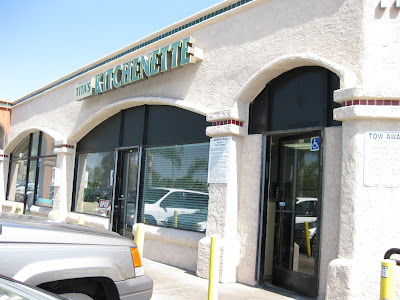 Knowing that I was going to be in National City, I wanted to take the opportunity to try out some Filipino restaurants while in the area.  I looked through yelp for some good reviews, and found Tita's Kitchenette to be a popular choice.

When I arrived on a hot Sunday afternoon, the place was super busy.  I was amazed by the amount of different dishes offered.  Many were ones I had not seen before.  I was feeling adventurous but Boyfriend was not.  So we ended up getting a combination plate with pancit, sisig and lumpia.  We also got one stick of the chicken bbq because people on yelp had raved about Tita's bbq.

The prices are a bit higher than most Filipino turo turo joints I have been to.  It is about $7 for a two item combo.  The portions are bigger, but I don't think they warrant $2 more.

The lumpia at Tita's are huge.  About twice the length of normal sized lumpia.  One side in a combination comes with five lumpia. 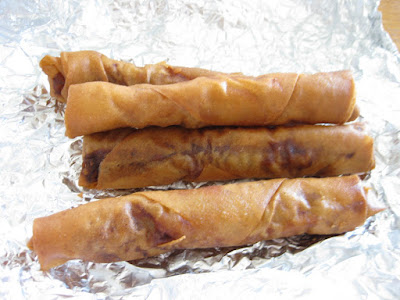 Unfortunately, the lumpia we had were soggy rather than crispy.  Very disappointing.  I realize they may have been sitting out a while, but even then, I don't think I've ever had soggy lumpia before. 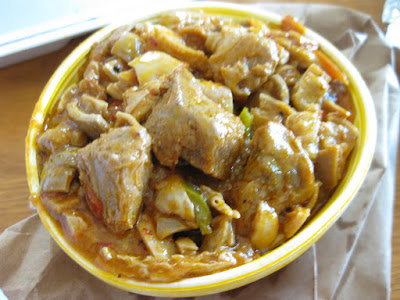 The sisig was just okay to me.  It wasn't too sour, but a bit too liquidy. 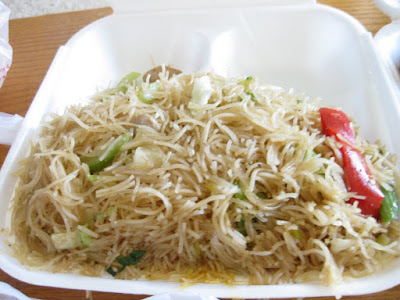 The pancit is made with all clear noodles.  I was surprised not to find any yellow noodles mixed in.  It tasted good, but the noodles were a bit too finely chopped.  I prefer longer noodles.  These noodles were cut up to be extremely short.  Also I would have preferred more meat and celery. 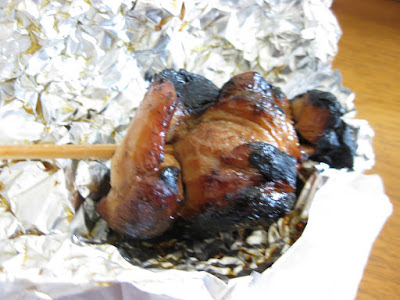 The bbq chicken was mostly eaten on the car ride home before this photo was snapped.  I was pretty disappointed after reading such great reviews.  I didn't find the chicken to be anything special.

Overall, the food was just alright tasting for me.  I would like to sample some items next time that I have not seen offered at other turo turo places.