I went back to my parent’s place in the Bay Area a few weekends ago and when they asked me where I wanted to eat, I told them Tomi Seafood Buffet. I still had images of unlimited uni and fresh sashimi from when we visited shortly after the grand opening.

During our first two visits, which you can read about here and here, the lines were really long. Based on reviews on yelp and how popular my previous posts on Tomi have remained, I knew that the lines had not died down much on the weekends even though it’s been a few months  since the restaurant opened.

Of course my parents didn’t believe me. They thought arriving by 5:30 would be early enough. I urged them that we should arrive by 5, or else we’d have to wait an hour. Well we arrived at 5:30, and guess how long our wait was? One hour. It was crazy how busy it was. Even when we left at the end of the night, about half an hour before closing, there was still a line!

Things have gotten crowded inside too. Previously, even though there was a long wait to get in, once we got in, it wasn’t too crowded and we could get all the food we wanted. However, this time, the line to the hot food section was really long. It was so long, that I didn’t bother to go more than once.

To my great disappointment, they didn’t have my uni that night, which is what I was looking forward to most. They did have big clams and monkfish liver though, so I ended up eating a lot of that to make up for it.

I also had quite a few handrolls. I liked that they were freshly made and the seaweed wrapper was still crispy.

I tried to take as many pictures as possible, but I kept forgetting to take pictures of everyone’s food, especially since we’ve been here a few times already.

Here are some of the things we ate: 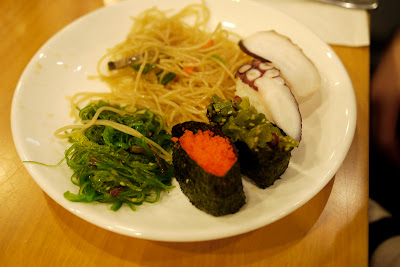 Lobster. The stir fried lobster was pretty good. However, since the line for the hot food section was so long, we only got the lobster once. 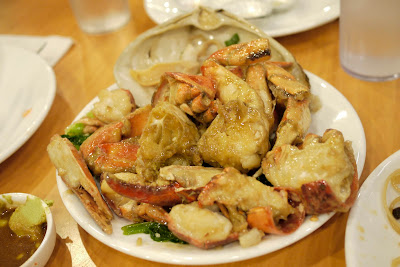 Here are some crawfish and clams 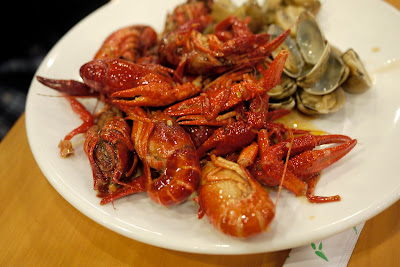 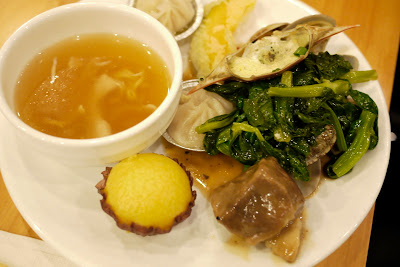 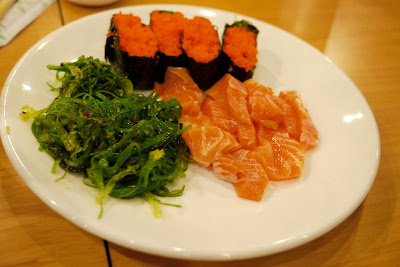 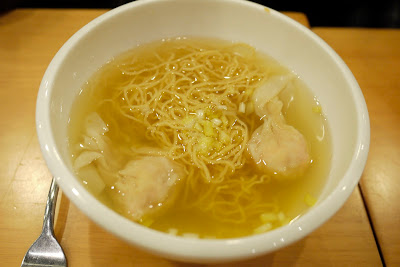 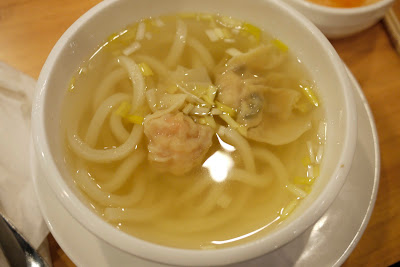 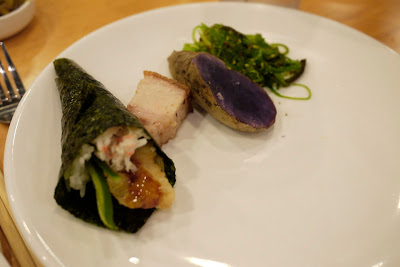 Papaya and white fungus soup. (They really need to come up with a more appealing name for white fungus). 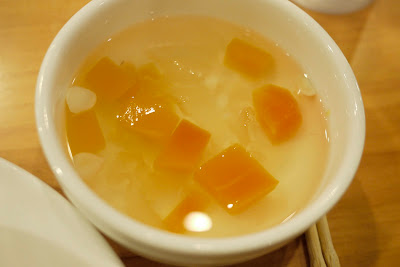 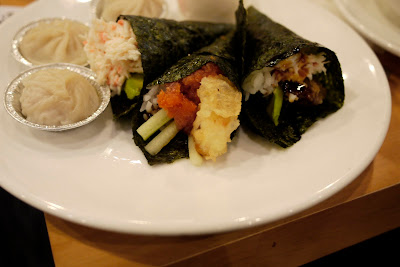 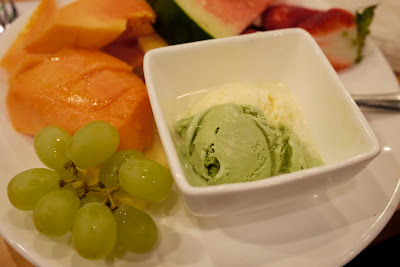 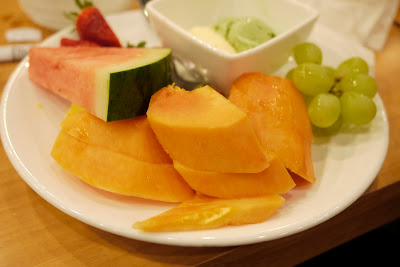