In the last year or so, asian buffets have lost their luster. While new ones continue pop up, they are usually old ones under new management. Even a brand new buffet seems to have the tired old feel of all the other asian buffets.

The one exception we kept hearing about was Kome buffet in Daly City. As you may recall, my family has tried to visit it, but the location plus the long lines have kept us away.

Then, a week before I was about to go home, my mom told me that the owner of Kome had just opened a buffet in San Jose called Tomi Buffet. Located in the Eastridge mall, Tomi occupies the former Todai.

We went to dine on Christmas day. Dinner is $19.99 and there is currently 20% off for the grand opening. As soon as we stepped in, I was excited. The place was clean, shiny, bright and welcoming. It gleamed like a new restaurant. 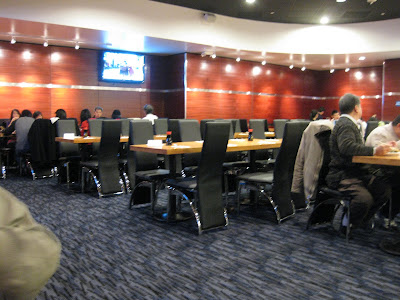 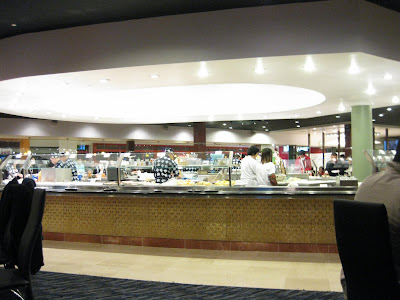 At the center of the restaurant is a large circular display, full of sushi and desserts. Usually the sushi suffers the most at these asian buffets, but Tomi had a huge display of sushi. There was nigiri, specialty rolls, sashimi slices and handrolls. And the best part for me: uni! 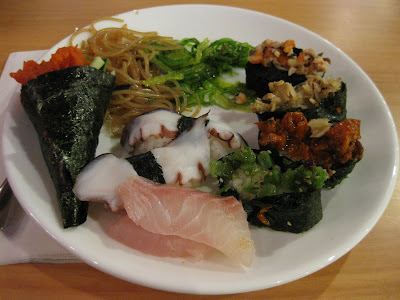 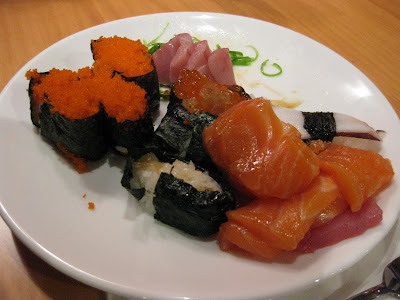 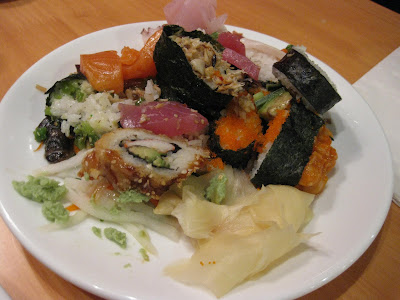 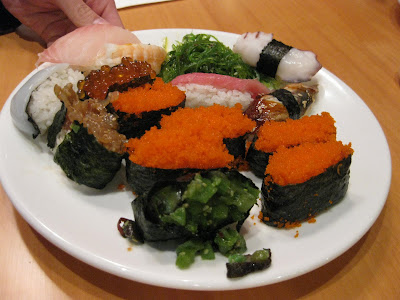 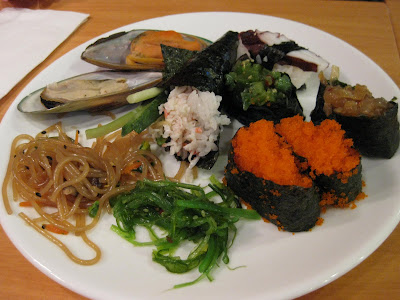 If you love uni, you probably know that it’s expensive and non-existent at buffets. Tomi actually serves uni, but it’s a bit of a hidden menu experience. It’s not anywhere on display. You have to ask the sushi chef, and then he will take it out and scoop you out about 3 pieces. While they don’t say that it is limit one per person, they basically do restrict you because if you go back more than once, they tell you that they are “out of uni,” but they aren’t. 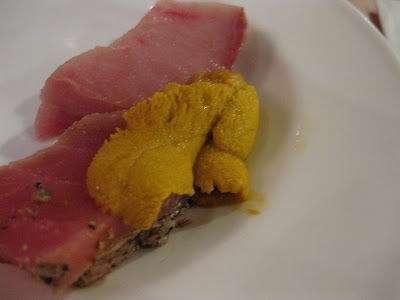 The uni was creamy and very fresh. I’ve had a lot of uni lately from japanese restaurants that was fishy, so I was surprised at how fresh this uni was. 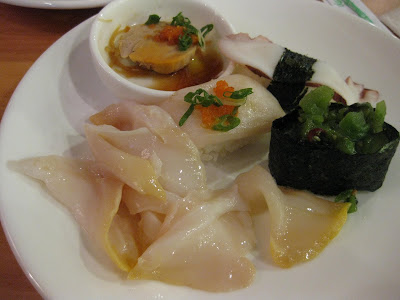 In addition to sushi, they have a lot of hot food items. There is a section of dim sum that includes pork soup dumplings (xiao long bao), steamed sponge cake, steamed red bean buns, shu mai. They also have steamed mochi. The mochi were really good and were one of the fastest items to disappear. I was only able to get it once. 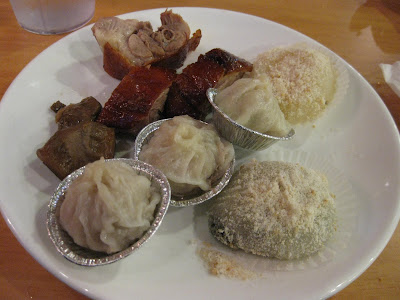 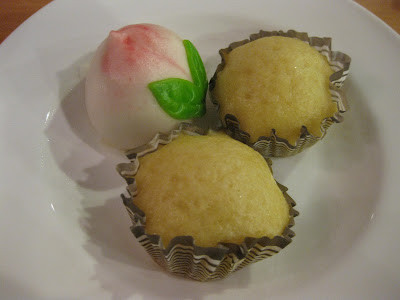 There is also a noodle bar that serves udon, ramen and wontons. I was too full to try this, but I did taste a wonton and it tasted like it was hand made and not from a bag of frozen premade ones. 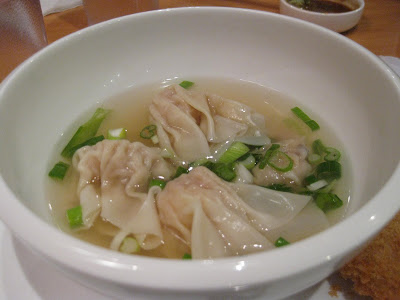 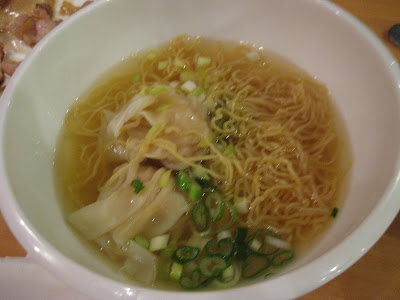 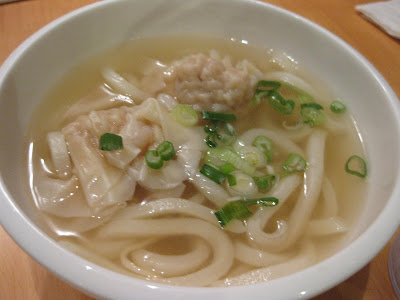 There was a tempura section but my dad said it wasn’t very good so I didn’t get any except for some shrimp tempura, which was alright.

There was a section of hot food cooked items that consisted mainly of seafood. There were clams with black beans sauce (the clams were a lot bigger than other buffets), fish, sea cucumber, big oysters, crab legs. 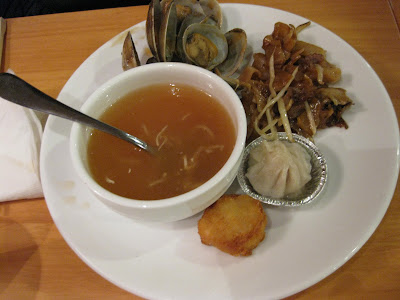 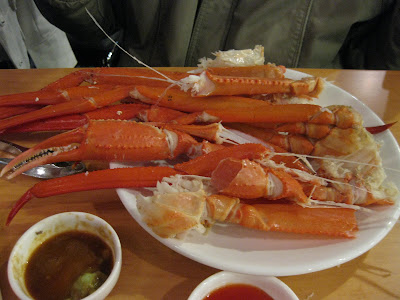 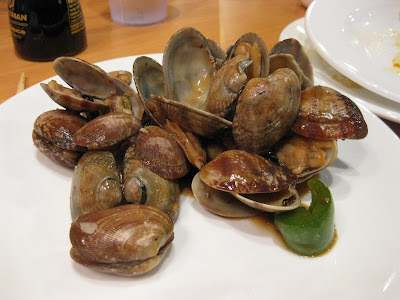 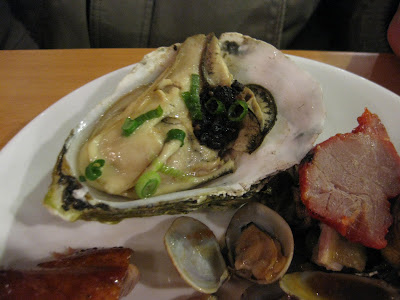 There was a soup section which included a shark fin soup. While I tasted bits of shark fin (not sure if it was imitation or not), the soup itself was very  bland and had too much cornstarch so I only got one bowl.

Finally, there was another section that was all meat. There were many different roasted chicken variations, roasted duck, roasted pork, crispy pork, etc. 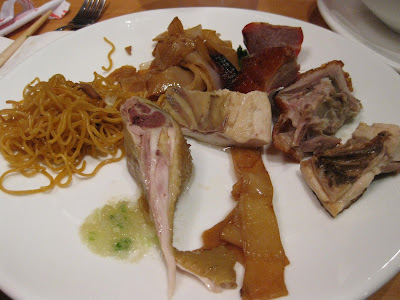 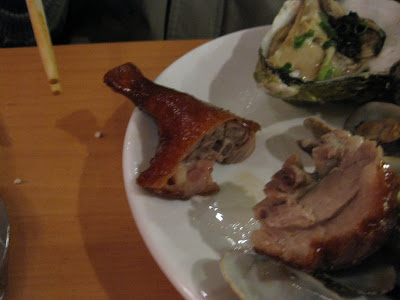 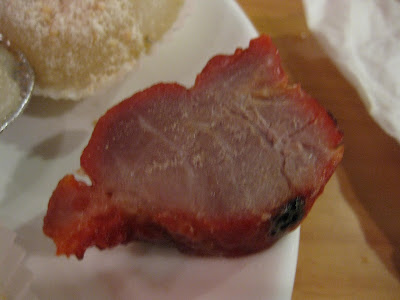 At some point during the night, they began serving steamed giant clams. Inside each clam shell was some clam meat mixed with some noodles. These were only out for short periods of time and were handed out individually. You had to watch for them and line up quickly or they were all gone. 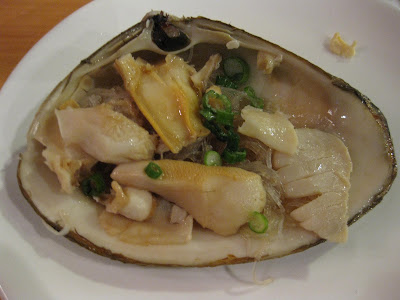 There weren’t as many different desserts, but usually no one has room for dessert anyway. I tried the mango mousse, green tea mousse, chocolate cake. I also tried a longan and gobi berry jelly. They also had ice cream. When we went, they only had chocolate, but since then, I’ve learned they also have green tea and vanilla. 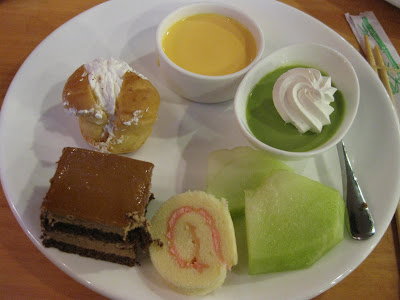 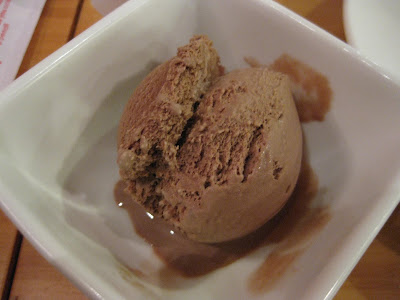 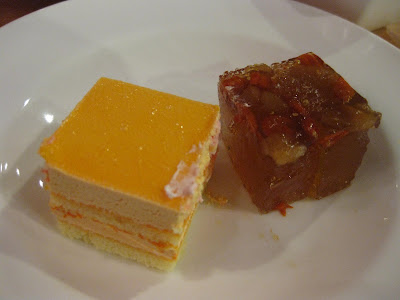 The desserts here are all on the light side, and not too sweet. My favorite was the mango mousse.
The food here may not be amazing, but it’s probably the best quality asian buffet we’ve been to in a long time. Of course, I don’t expect the high quality to last, but while it’s still new it seems the quality of food is pretty good for the price.