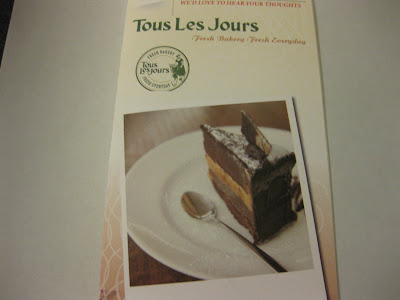 Tous Les Jours is a Korean bakery located inside H-Mart. I've admired their bread display the last few times I found myself in H-Mart.  On this last visit, I decided to try some of the pretty breads I have been eyeing.

The one that caught my attention the most was this sunflower shaped bread called "Morning Bread."  I loved how pretty it looked. Who wouldn't want to wake up to a breakfast looking like this? 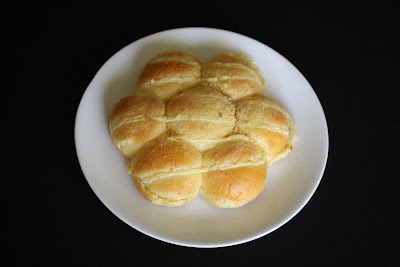 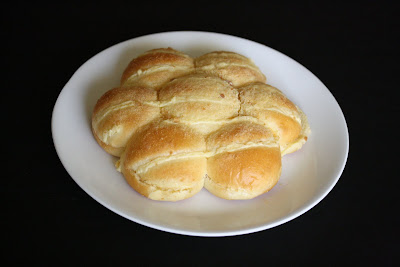 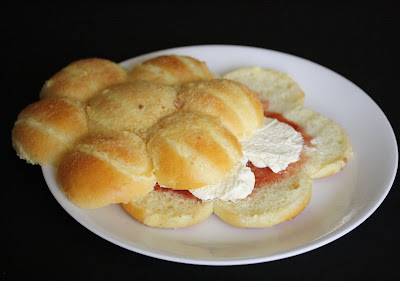 The bread is actually cut in half and inside there is a jam and cream spread.  I brought this home to my family and there were mixed reviews. My dad enjoyed it but my mom didn't like it at all.

The bread I have been eyeing the last few times I was there was this pumpkin bread.  I loved the unique shape and look and I like korean pumpkin filled breads. 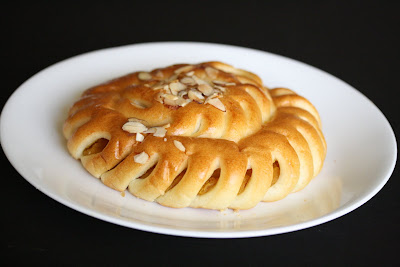 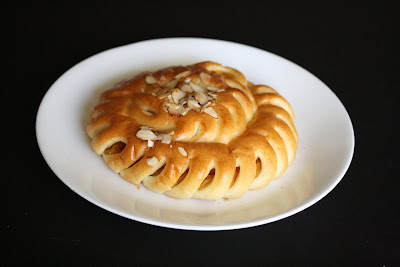 The bread had a lot of filling. It wasn't too sweet and didn't have any spices: just pumpkin, which I liked. I do wish there was more bread though as I don't like my pastries with too much filling.

I also bought this chestnut bread, which was a bit on the dry side. 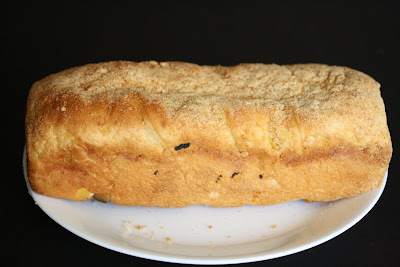 Finally, I found tapioca bread, something I've become obsessed with lately ever since trying it out at Paris Baguette. 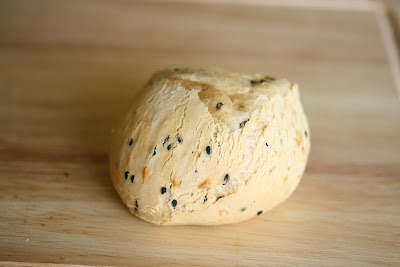 I'm going to do a separate post on the tapioca bread lately, but it's become my new obsession.  It's airy like a popover type bread or a cream puff.  The sesame seeds go really well with the bread. It's super chewy and has a similar appeal to me as mochi does.

In general, I think I liked the breads better at the other Korean bakery I tried recently, Paris Baguette. The breads here were pretty, but personally not what I prefer.