I popped into my local Trader Joe’s the same day I got the Fearless Flyer. Unfortunately, I was a little too quick, as my store wasn’t even stocked with half of the featured products. But after two more trips, I finally got most of the items I had wanted to try. 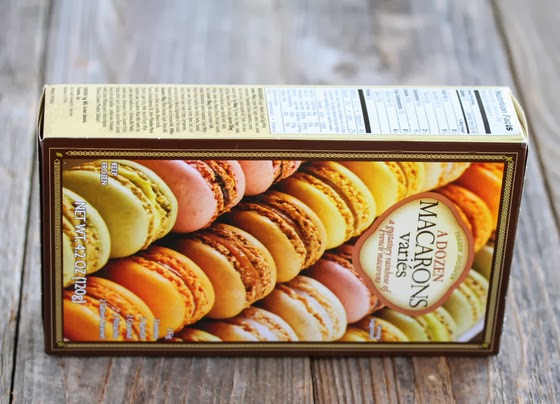 Over the summer, Trader Joe’s came out with a variety pack of macarons, with six different flavors and shell colors. Then they stopped selling it, which was really sad. They just came out with a new one in the last few months. It’s not the same flavors as the one from the summer but I do love that there is a variety of flavors. They look so much prettier than just having vanilla and chocolate or just pumpkin. 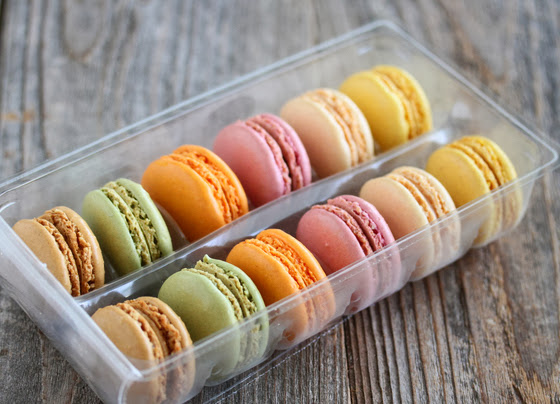 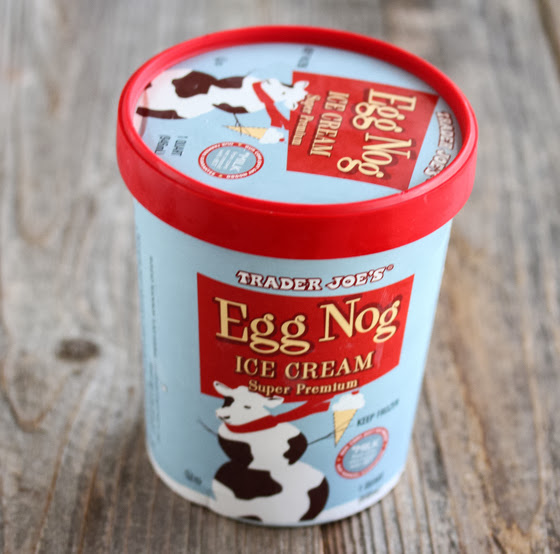 I’ve always enjoyed Trader Joe’s premium seasonal ice creams. This was my first time trying the eggnog. I personally found the eggnog taste too strong. I’m not a big fan of eggnog itself; I usually just like desserts that are eggnog flavored. Since the eggnog flavor was so powerful, I didn’t really like this seasonal flavor, but if you really like eggnog, you might enjoy this. 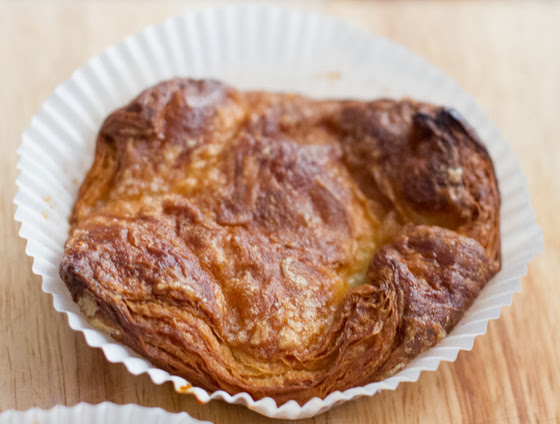 I’ve discussed my discovery and love for Kouign Amann at length here and here. A lot of people still haven’t heard about it, but it’s definitely becoming more popular. It’s a Breton cake that is similar to a croissant except that the layers of dough have butter and sugar. It’s baked until the exterior is caramelized. The result —when done right— is an amazingly light pastry that is really really delicious. Cathy of mmm-yoso, provided me the tip that Trader Joe’s had a frozen version, so I quickly went out to get it. 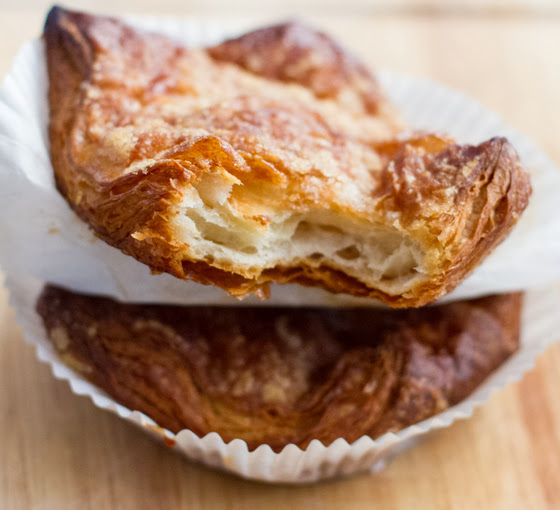 I was a little doubtful at how these would be, especially because I don’t really enjoy Trader Joe’s croissants. But taste-wise, these were actually pretty good. It’s a decent version considering it’s frozen and not fresh baked. It’s more oily than the ones at B Patisserie and Dominique Ansel and doesn’t have nearly the same amount of layers, but it does have a similar flavor and it will give you a taste of what it’s supposed to taste like. I think it is a decent substitute if you can’t get a good fresh baked version. 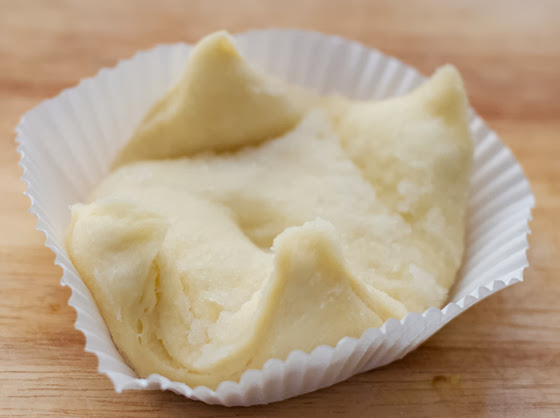 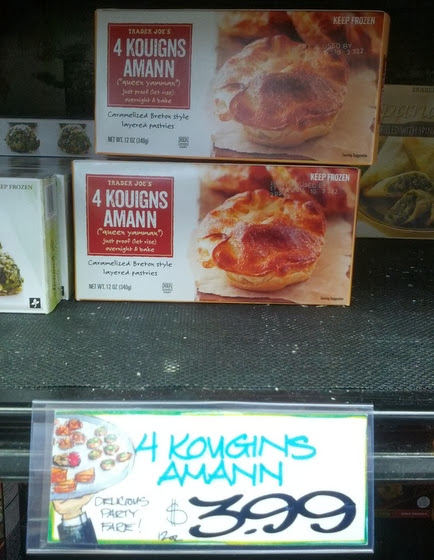 Look-wise, they don’t look too much like the fresh bakery version. One issue about the frozen ones is that they need to bake until they are a really dark brown, which they specify in the instructions. The fresh baked ones are usually a light golden brown. Also the bakery ones are baked inside a metal ring, which keeps the top folds in check. TJ’s version puts it in paper cupcake liners, but the cups aren’t sturdy enough to prevent the top layers from spreading, so instead of a circular puff pastry, you end up with a square shape. 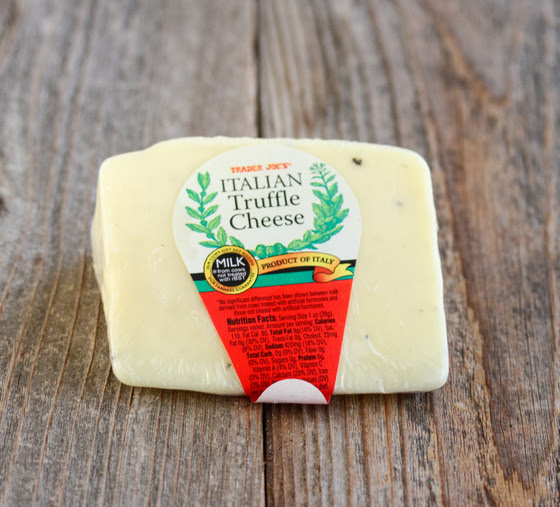 This is a seasonal item at TJ and it’s currently back. I picked up quite a few so I could make my truffle macaroni and cheese and a few more dishes. 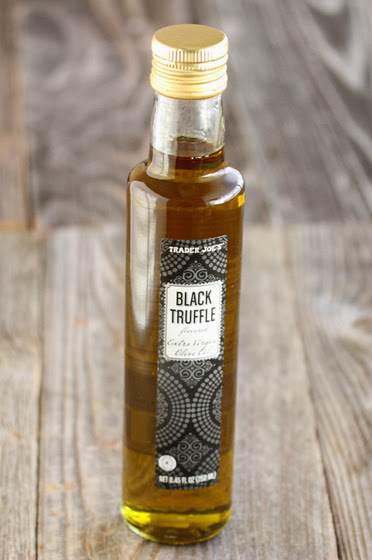 I haven’t yet opened this, but I can’t wait to sprinkle some over French Fries or potato chips. 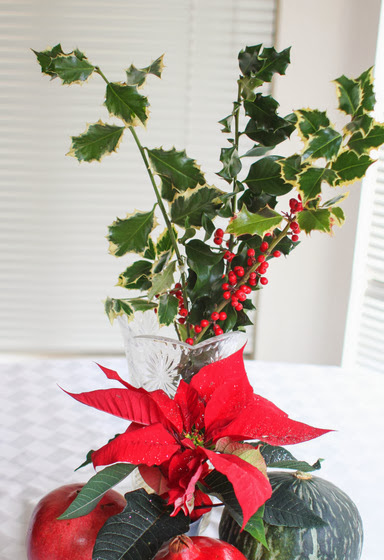 During the Fall my table was decorated with pumpkin blossoms and for the winter, I picked up these holly leaves which look so festive with the berries. 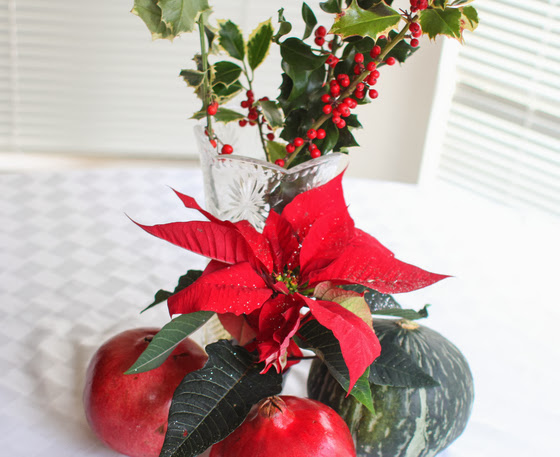 I also bought a teeny tiny poinsettia. I wanted something small and TJ offered the smallest one I could find. For some reason though, they dusted it with sparkles, which I don’t really care for and I have to keep reminding myself it’s real and alive. 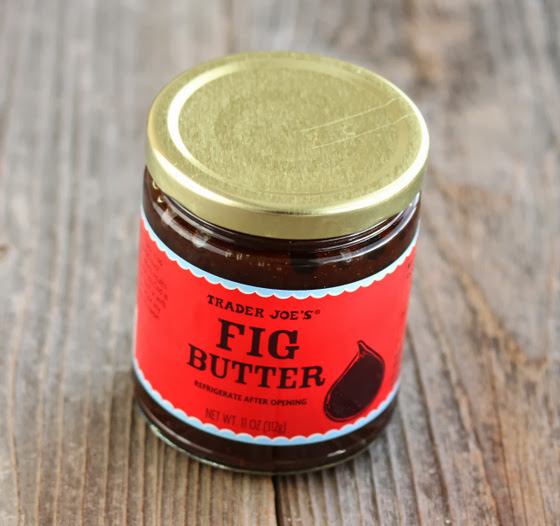 I’m still waiting to dig into this one as well. 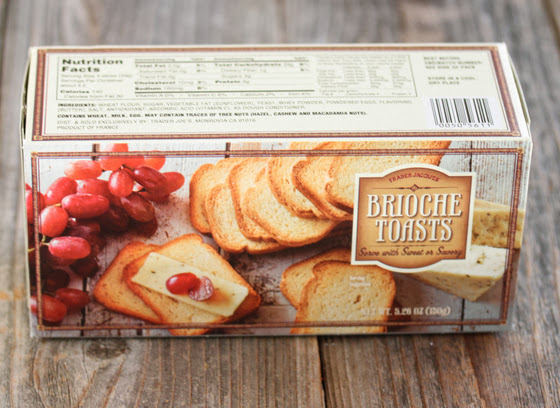 I love these mini toasts. They are so cute and perfect for making pretty appetizers. I’m saving these for New Year’s Eve.

This was my December haul from Trader Joe’s. Let me know if I missed something important! Have a great rest of the weekend!