I recently made my monthly trip to Trader Joe’s to buy some of their new products and items featured in the Fearless Flyer. Here are some of the things I got: 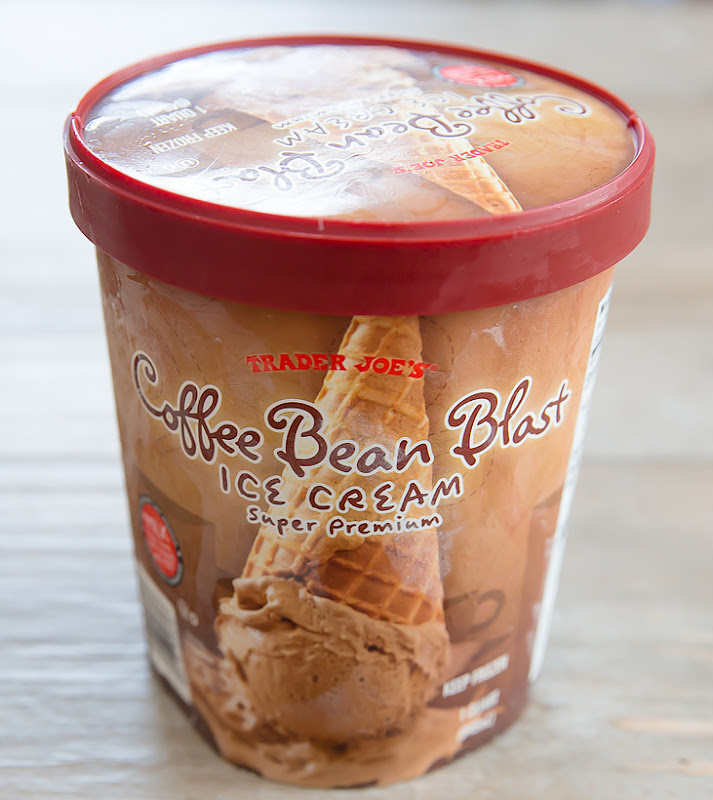 I really love Trader Joe’s super premium ice cream line. The pumpkin spice and cookie butter are two of my favorites, so I was really excited by their newest flavor. Like all the their other ice creams, this one is super creamy and rich. It had a pretty strong coffee flavor, though I actually expected something a little more intense. It’s still good though and I don’t think it’ll last long in our house. 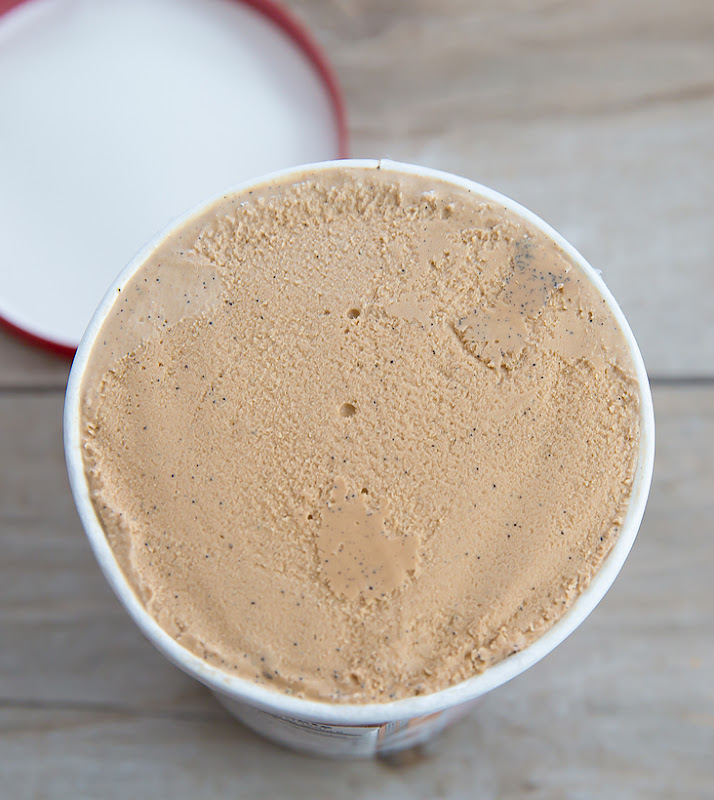 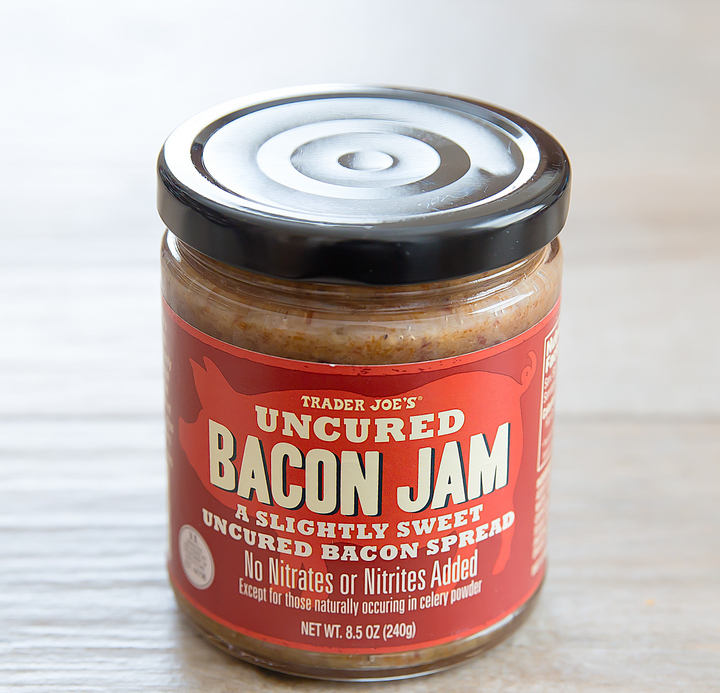 I haven’t opened this one yet, but I saw it on the new products shelf. I kept going back and forth about getting it. I initially picked it up and put it in my basket. After all, it’s bacon jam. How can I not try it? But then I wasn’t so sure I would like it because even though I love bacon, I don’t love the grease and fat. So then I put it back. But right before checking out, I ended up putting it in my basket again. We’ll probably try this out over the weekend soon. 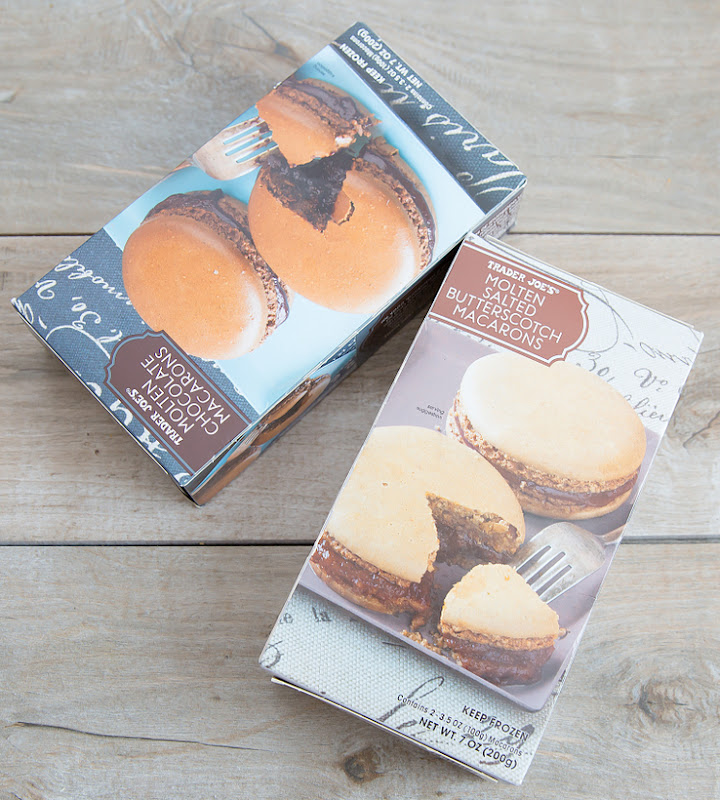 I was most excited to try out this product. My friend Jinxi had actually alerted me to this product before it was featured in the flyer and I immediately had to go and get them. I love macarons and I love molten cakes so this just seemed like the best idea in the world. They currently offer two flavors: chocolate and salted butterscotch. Of course, I had to get both. Each box contains two giant macarons. 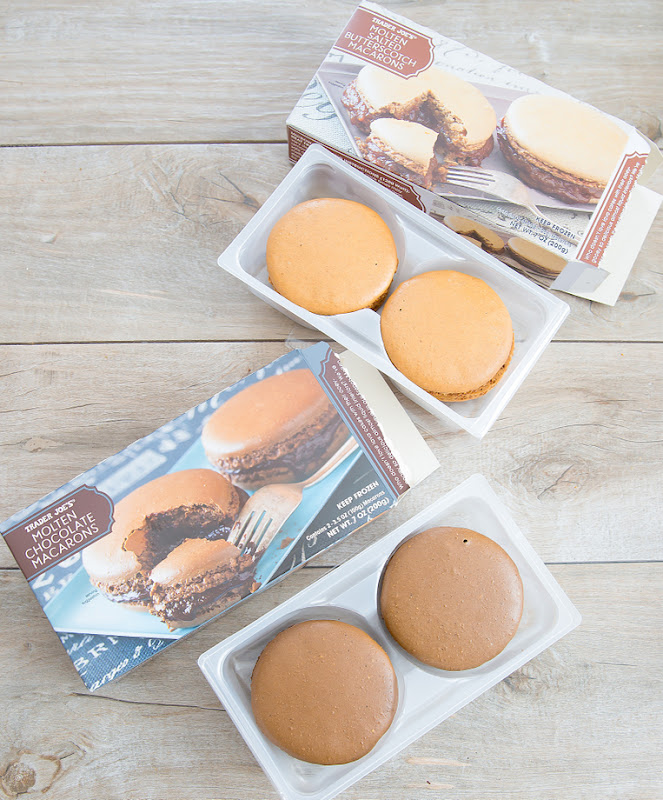 According to the box, you remove them from the freezer and then directly heat them in the microwave. The macaron shells held up pretty well in the heat, though they did become more delicate. They still maintained their nutty and chewy texture, which I really enjoyed. 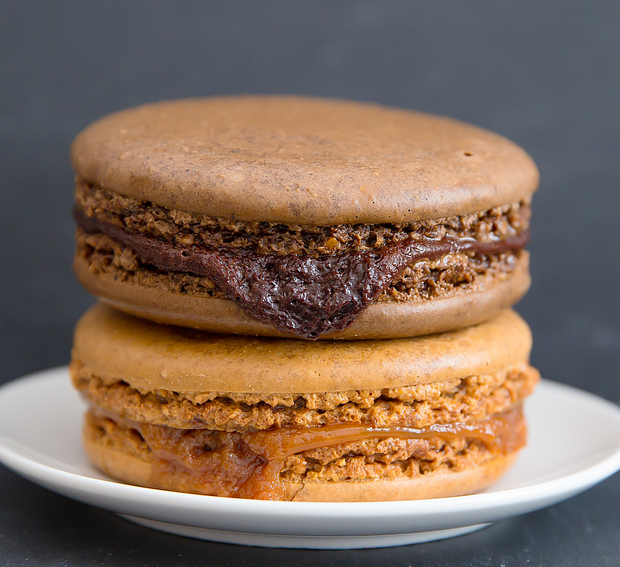 I was, however, slightly disappointed by the “molten” filling. The macarons were filled with the same amount of filling as regular macarons and so there really isn’t enough filling to achieve the full molten effect. It basically ends up just being a warm and slightly melted filling. I tried adjusting the cooking time to see if that was the issue, but I don’t think it was. When I shortened the cooking time, the filling wasn’t melted at all. When I added more time, it just started to overcook the filling.

I preferred the chocolate over the salted butterscotch. When heated, the oils of the butterscotch sauce separated, so there was a puddle of unappetizing oil next to the macaron.

I actually would still get this again. It’s still a good tasting tasting dessert and I’ve never had my macarons warm before. Just don’t expect much from the molten filling. 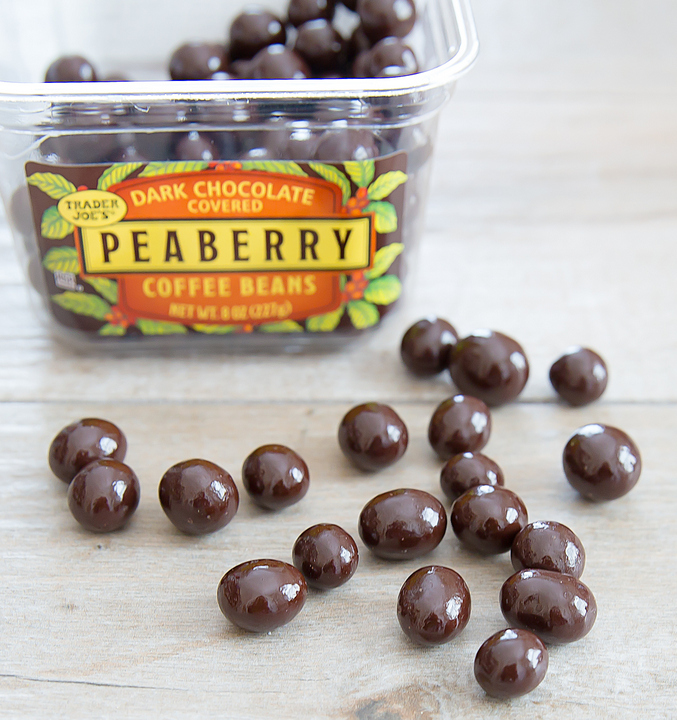 I’ve already discussed how I always get Trader Joe’s dark chocolate espresso beans, so I was quite curious about this new product. Also, the name peaberry just sounds so cute. I actually had no idea what a peaberry was until reading about it in the flyer. Normally the fruit of a coffee plant has two seeds, that are round on one side and flat on the other. These are the typical coffee beans we see. About 5% of the time, only a single seed is produced. This seed is more oval and round and is known as a peaberry.

As you can see, these chocolate covered beans are much rounder than the regular ones. 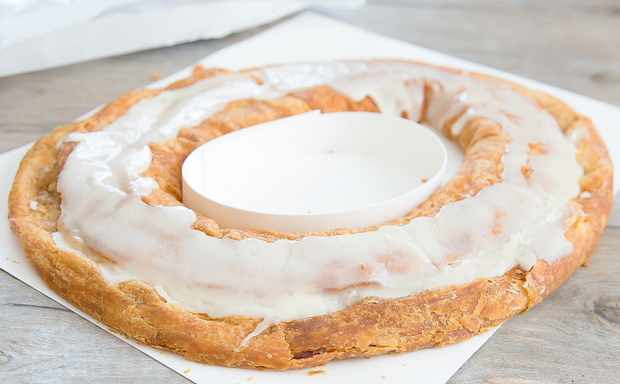 My friend CC first introduced me to the Danish Kringles that are sold at Trader Joe’s. They don’t have them all the time–usually around certain holidays. It’s a butter layered pastry that is made in Racine, Wisconsin and it’s not something I’ve ever seen sold anywhere else in San Diego. Every time it comes back in stock, CC will send me a text but I’ve never seen it at my local Trader Joe’s. Until now! I was so excited to find this even though I don’t actually eat Danish pastries that much. I can eat them in very small amounts, but find them overall to be very sweet. 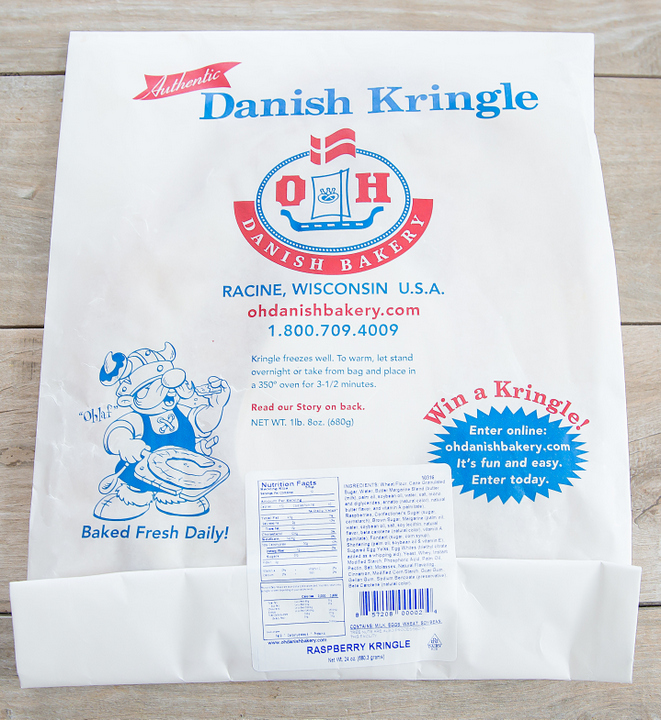 This Danish Kringle is very big and can serve quite a few people. The pastry is rich and buttery and has a thin layer of raspberry jam-like filling. It’s supposed to freeze well, so we’ll probably be eating this one very slowly. 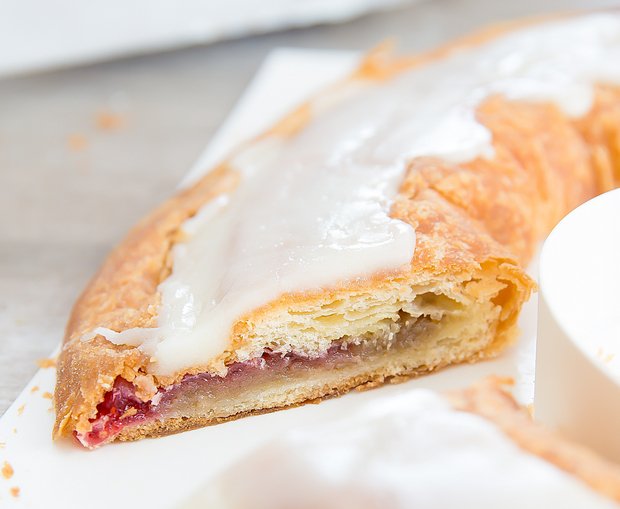 That’s it for now! Let me know if I missed out on anything I need to go back for!

8 comments on “Trader Joe’s May Edition”