I’ve been wanting to make another chiffon cake, but I didn’t know what flavor I wanted to try. The other day, I suddenly came up with the idea to try ube. When I made the pandan chiffon one, I used a pandan extract. I also have a ube extract, so I thought that I could replace the pandan with the ube one.

I contemplated using real ube, but the I wasn’t sure how it would work with the chiffon and I worried that it would be too heavy. 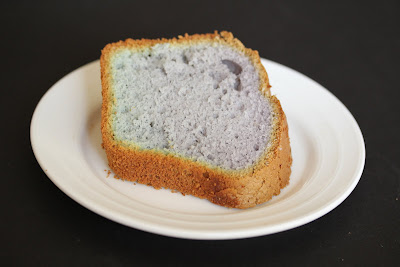 The ube extract is a deep purple. I was hoping for a vibrant purple chiffon cake, but after I began mixing the batter, the purple became very muted. So the cake ended up being a lot lighter of a purple than I thought it would be.

The other odd thing about the cake was that even though the batter was uniformly purple, after it was baked, the edges turned a bluish color. I’m not sure why this happened. 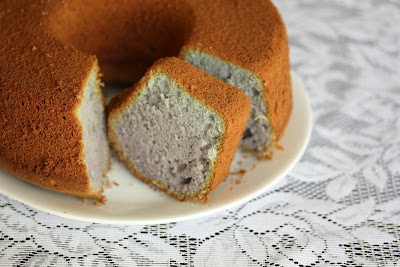 The cake tasted fine, but it didn’t come out exactly as I envisioned. Next time I’ll try it using real ube rather than the extract. 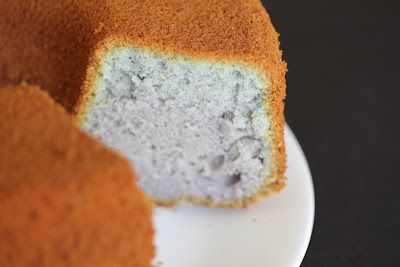 Recipe adapted from Little Corner of Mine

Did you make this recipe?I'd love to see it! Mention @KirbieCravings and tag #kirbiecravings!
Posted in: Cakes, Filipino
14 Comments // Leave a Comment »