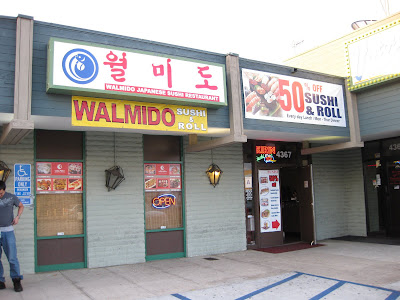 I am about hesitant writing this review.  First, because I feel like I didn’t get the full experience of Walmido.  Second, because prior to dinner, I participated in a very long, intense physical workshop, that left me feeling exhausted, achey and not in my usual foodie self.  So I’m going to keep this review short.
Walmido is a bit confusing because it says it is a Japanese restaurant, but it is run by Koreans.  This was my first visit to Walmido. When we entered, we were greeted in Korean, and then given English menus with various Japanese dishes and sushi rolls.  The front of the restaurant advertises 50% off sushi rolls, but since we came on a Saturday night, the special didn’t apply.
The menu was not very inspiring and seemed much like a menu you would find at an americaned japanese place.  This was disappointing as I have heard such good things about Walmido.  There was also a menu with drinks, some more sushi and some korean dishes.  But the listing of the dishes as confusing.  They didn’t have categories, some only applied during certain hours, etc.  I was trying to read through them all and the waitress kept coming over to take our order, so finally I gave up. I am convinced I was missing a menu because a lot of the dishes I read and heard about prior to my visit were no where to be found on the menu.
After much browsing, we finally ended up order from the English japanese menu. We were not served any panchan dishes with our food. Perhaps because we had not ordered any korean dishes.  We were given salads and miso soup to start.  Then we were given a delicious steamed egg that was still bubbling and cooking.  I’ve never eaten steamed egg this way.  It was delicious. 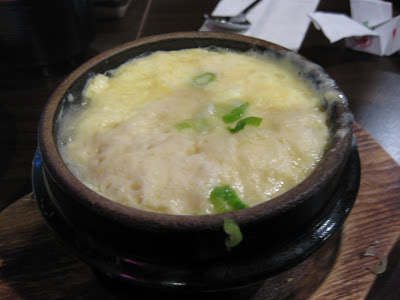 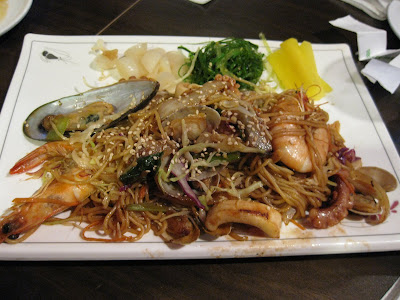 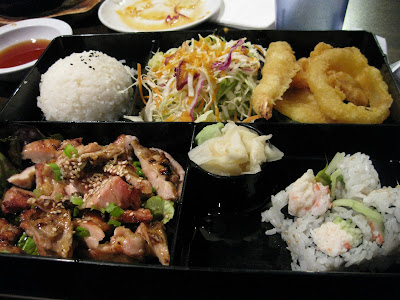 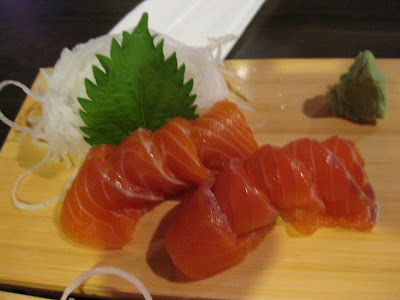 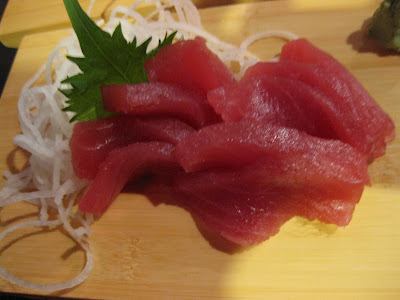 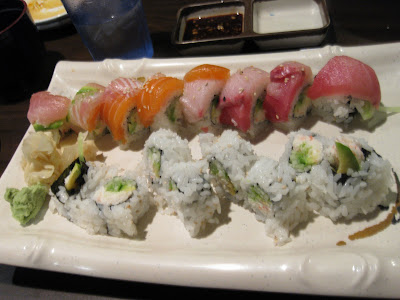 I ordered the sashimi combination, with spicy tuna roll. 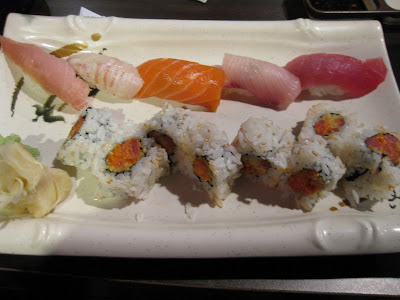 Boyfriend ordered two special rolls. One had baked salmon on top, with spicy tuna inside.  The other roll was a sunrise roll.  Shrimp tempura inside. 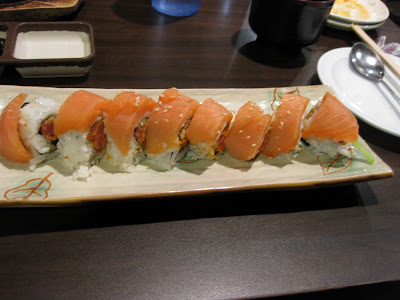 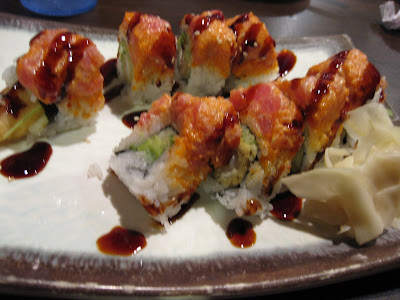 The fish was fresh, but nothing outstanding.  I noticed an uni set that I would like to try next time.  I’m going to give this place another shot.  First I’ll do some research into what to try.  Normally I will sample everyone’s food, but I didn’t do that this time around.  As I stated before, I was not my normal foodie self.