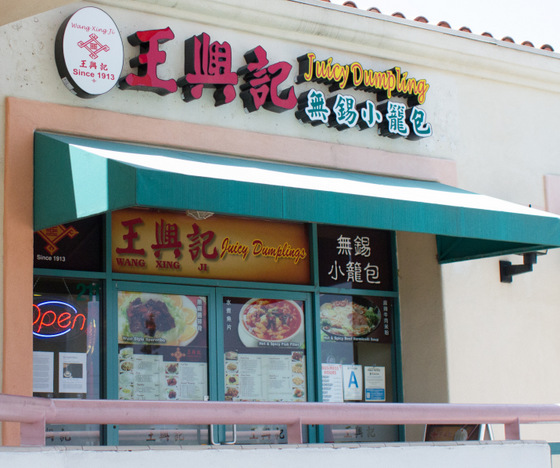 I had one reason for wanting to come to this restaurant on a recent LA trip: giant soup dumplings that you eat/drink with a straw.

An American branch of a popular dumpling house in Wuxi, China, this restaurant serves a variety of dumplings and noodle dishes but is most known for their ridiculously large crab and pork dumpling which is presented in its own steamer and with a straw. 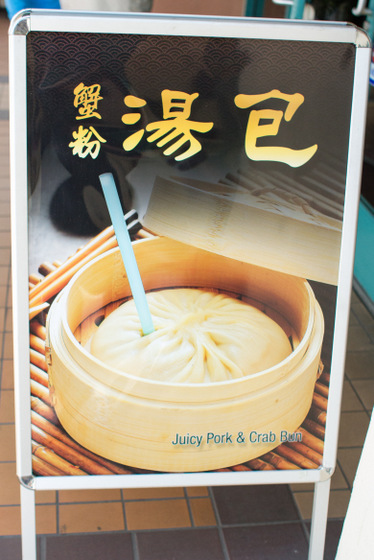 Upon entering, there was a window displaying the dumpling making happening. 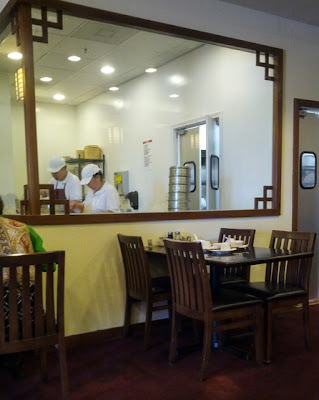 The menu was quite long, but we stuck with dishes given a “thumbs up” sign, which are the recommended ones. 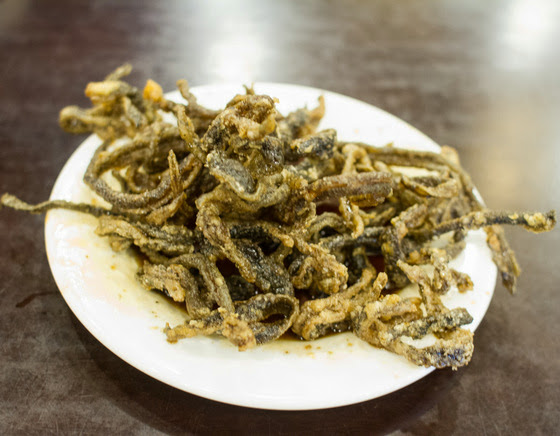 I really love eel and was excited to see it on the menu. Since it was also a recommended appetizer, we decided to try it out. This was almost like eating eel fries because the eel was deep fried to the point that it was completely crunchy. Normally this may be a good thing, but you no longer could tell you were eating eel.  Given how expensive eel is, I wanted to be able to taste it, so we weren’t a fan of this dish. 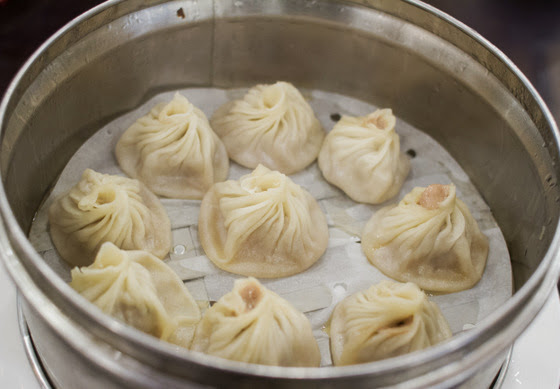 We also decided to give the juicy pork dumplings a try. Wuxi style cooking tends to be on the sweeter side and their pork soup dumpling (xiao long bao) actually is sweet. I don’t usually enjoy sweet and salty mixed together but thought we might as well give it a try.

Unfortunately, we didn’t really like these. First off, the tops of several of the dumplings looked quite unattractive with the gray stuff from the pork coming out of the top of the folds. In addition, the skin did not have the elasticity required for a good soup dumpling, breaking almost immediately upon contact with our chopsticks.

We also didn’t really like the soup. The sweet aftertaste just didn’t work for us. 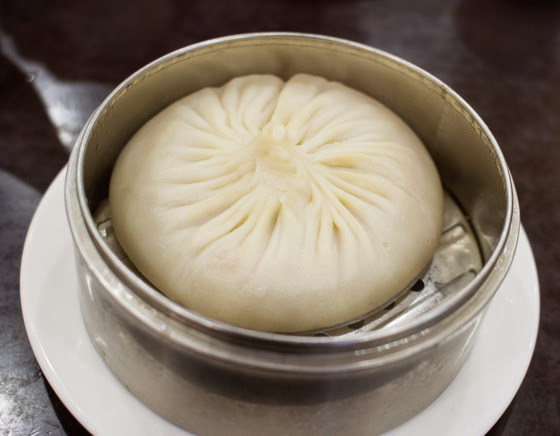 The dumplings arrived each in their own steamer, as each one takes up the entire metal steamer. There really is no other way to eat it other than first drinking the soup with a straw. The dumpling can’t be lifted and if you break it open, all the juice will just flow out. 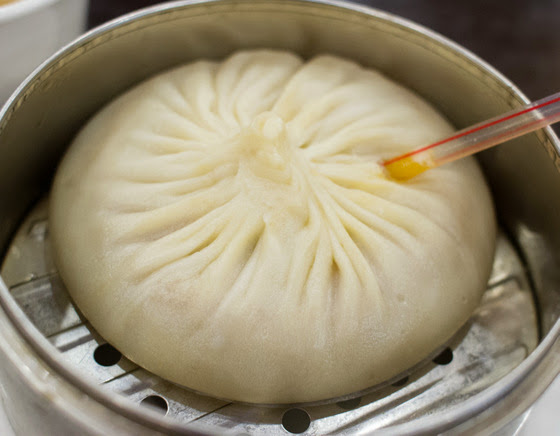 The juice is quite hot, so you do need to be careful. Mr. K had to wait for his to cool down for a few minutes before he dug in. I was quite happy with the soup produced by the pork and crab combination. Salty and slightly briny from the crab meat, this was quite delicious. Afterwards, we broke open the skin and ate the dumpling meat which still had quite a bit of the soup flavor.

Overall, we loved experiencing the oversized dumplings but the rest of the food was a disappointment. I’d come again for the giant soup dumpling, but only that.