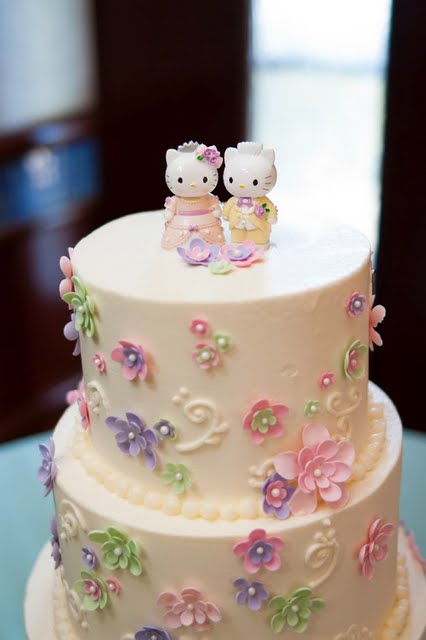 Some girls immediately go to try on dresses after they get engaged. Me? My first thought was to go cake tasting.

There were a lot of aspects of my wedding that got pushed passed acceptable deadlines, but getting a cake was not one of them. We began cake tasting about two weeks after getting engaged. It ended up not being as satisfying and fun as I had always imagined though. 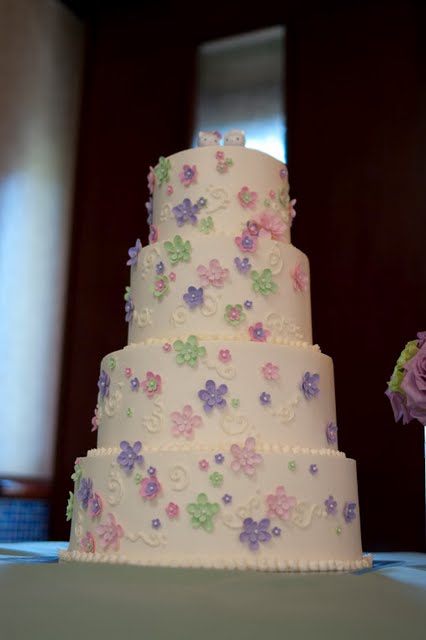 First we sampled several bakeries at various wedding vendor events. Our reactions were extreme disappointment. Sickeningly sweet, artificial tasting, overpriced. Most of the cakes I sampled tasted like a cake mix and I was not willing to pay $5-7 dollars a slice for some cake mix. Some cakes we sampled were also overly dry, almost inedible. Here’s DH’s interpretation of how our cake tasting experience went: 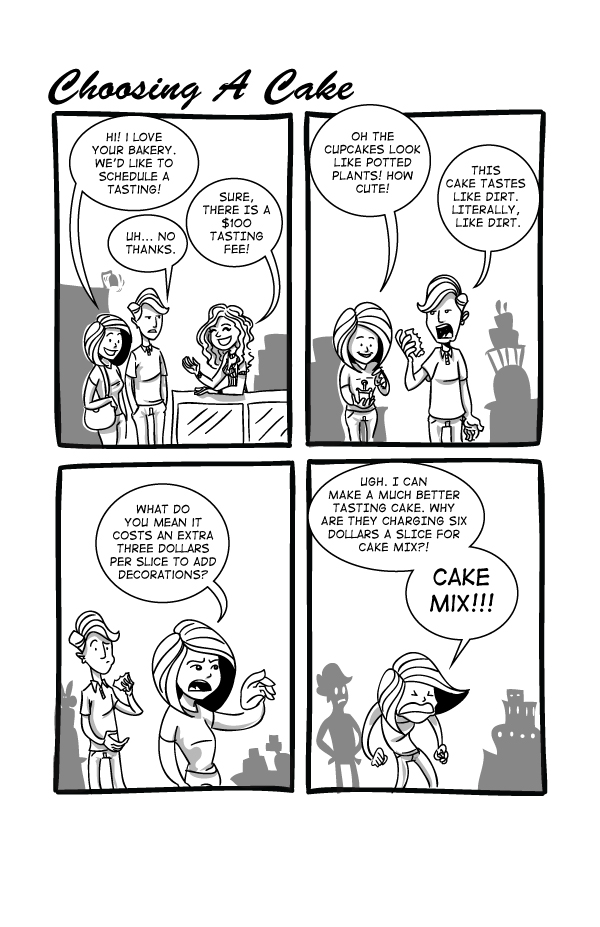 I searched online for reviews of bakeries and we did some individual tastings as well. Out of that bunch, the most favorable one we went to was Flour Power Cakery. They are the largest wedding cake vendor in San Diego and it was easy to see why once we visited. They gave us about eight different cake samples, didn’t pressure us to book with them and they had more reasonable prices ($5 a slice), and didn’t have a ton of extra charges for various decorations. We thought the cakes here were moist, but there wasn’t any flavor we particularly loved. 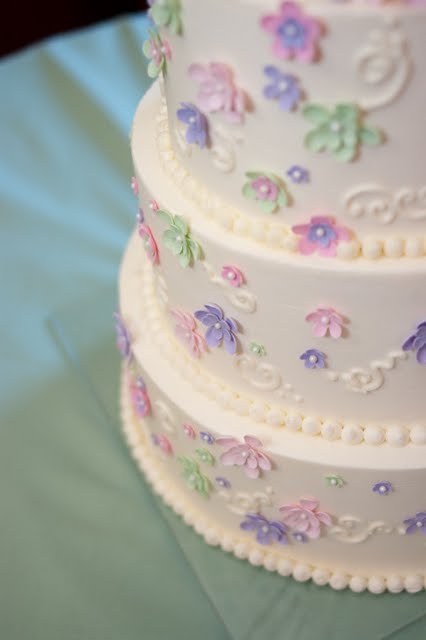 Our final cake tasting was with Jenny Wenny Cakes. I actually took a ton of pictures for this post of the cake tasting, but I can’t find them. Sorry! If I ever find them, I’ll update this post. I’d had Jenny do cakes for me before so I knew I liked her baking. One concern I had was that the majority of my guests were Asian and Asian style cakes tend to be less sweet and rich. I discussed things with Jenny and we decided to try a layered chiffon cake because chiffon cakes remind me a lot of the Asian bakery cakes. For our initial tasting, Jenny provided us with a mini chiffon cake to make sure it was sturdy enough to be layered, as well as some mini cupcakes of her other regular flavors. 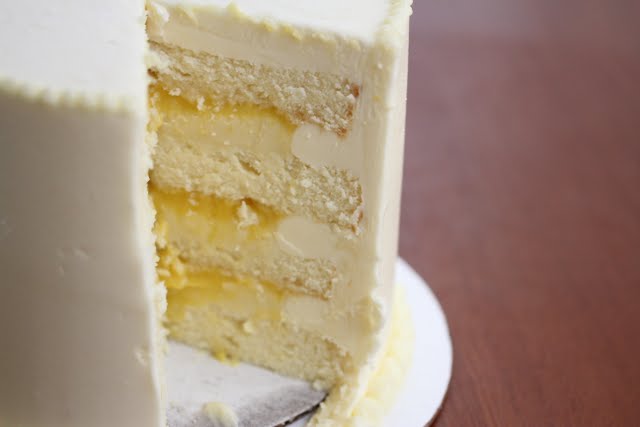 We absolutely loved everything we sampled from Jenny. We loved the chiffon cake and we loved all the various cupcakes and would have been happy with any of the flavors. But we opted to stick with the chiffon cake because of our wedding guests. Since we had a summer wedding, we thought it would be fun to do various fruit fillings for each cake tier. We ended up signing a contract with Jenny more than a year in advance of our wedding.

A few months before our wedding, Jenny contacted me with some bad news. She had accidentally double booked and would be unable to do our wedding. I was a little stressed and mainly disappointed since I had really wanted her to be my baker. However, she was very apologetic and didn’t just leave me in the lurch. She found a solution for me. She introduced me to the bakers at CAKE, who she works closely with. They worked out a deal so that they would honor Jenny’s prices, build the cake and deliver it. Originally, the proposal was that CAKE would do everything. After my initial taste of CAKE’s sample though, it didn’t really match up with what I had envisioned and Jenny, who is more familiar with my style and tastes, realized that right away.  Jenny then offered to do parts of the cake. So, the end arrangement was sort of a hybrid. Jenny made parts of the cakes including the delicate flowers I adored, and CAKE built the cake, made the filling, and delivered it.

The cake ended up being a big hit at the wedding. It was a vanilla chiffon cake, with passion fruit curd filling and buttercream frosting. We originally had wanted different fruit fillings for each tier, but CAKE specialized in the passionfruit so we ended just doing passionfruit for all the cakes, which still worked out since all the guests got to taste the same thing. The passionfruit curd filling was especially delicious. Everyone seemed to enjoy the cake. My cousin told me after that he normally doesn’t eat wedding cake but he knew mine would be good since I’m a food blogger and he ended up eating three slices.

The cake toppers were actually DH’s idea. I was struggling with trying to figure out what to do for the cake topper and DH suggested Hello Kitty and Dear Daniel. I was so surprised he remembered my love for the two characters and knew it would be perfect. When we were in Taiwan, I had bought a picture frame with the two characters dressed in wedding attire, in anticipation for a future wedding photo. I couldn’t find wedding cake toppers with the same exact wedding outfit, but I found these on ebay. 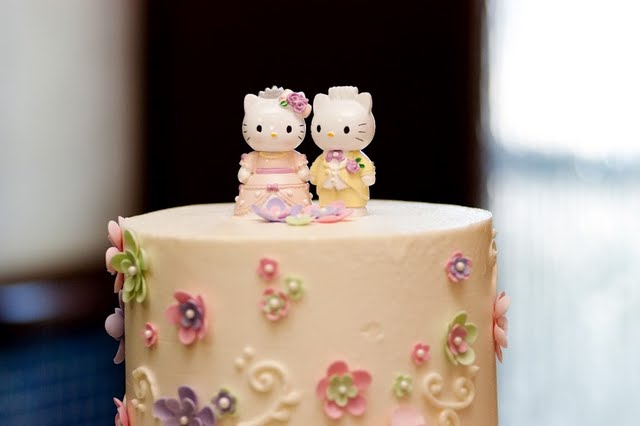