Little Brother has been wanting to have a bbq for a while, and we finally got around to it this weekend.  It also just so happened that seriouseats.com was having as their weekend challenge to have a picnic.  Perfect way to do both simultaneously! We invited some friends and had a bbq out on our patio.  Unfortunately, I didn't get to take many pictures until after we had finished eating and the sun had already gone down.

I made cheese and garlic biscuits and cornbread pudding. 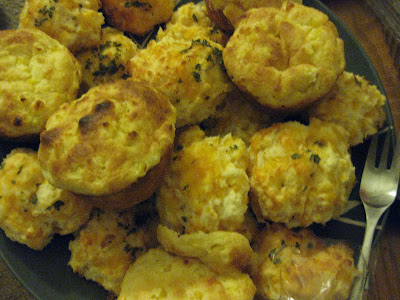 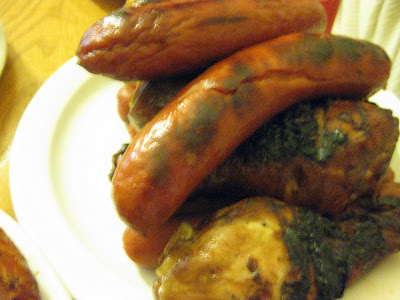 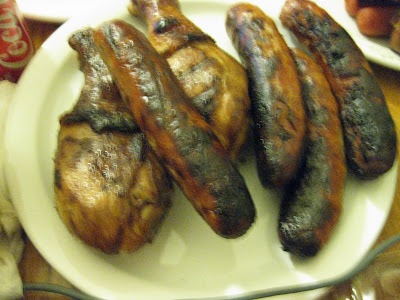 For dessert we had chocolate chip cookies from Costco, which were surprisingly good.  Usually I don't like store bought cookies.  We also had this beautiful guava mousse cake made by Upper Crust Bakery, also purchased from Costco. I was excited about the guava mousse as I love guava flavored desserts.  I also remembered to take some pictures of the cake as soon as I got home, since it was so pretty, and so I actually got some nice pictures of it. 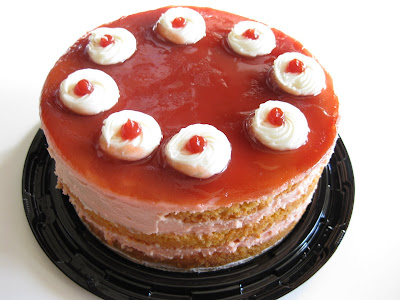 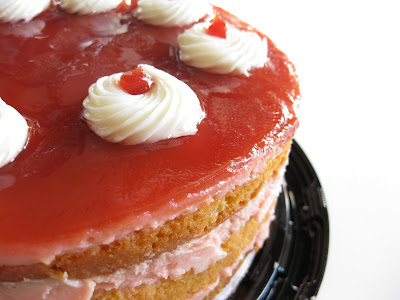 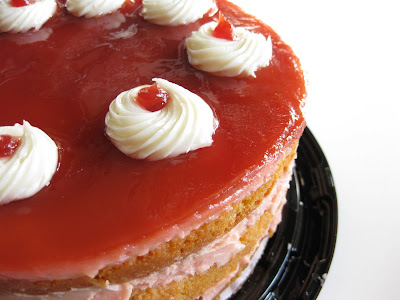 Unfortunately, it didn't taste as great as it looked.  It was mostly cake batter and very little mousse in between the layers of cake.  The mousse didn't taste very much like guava and didn't have the right consistency of mousse.  The cake was very moist though because it was soaked in some sort of syrup.

I did a few other fun things this weekend; posts to follow.  Have a good week everyone!