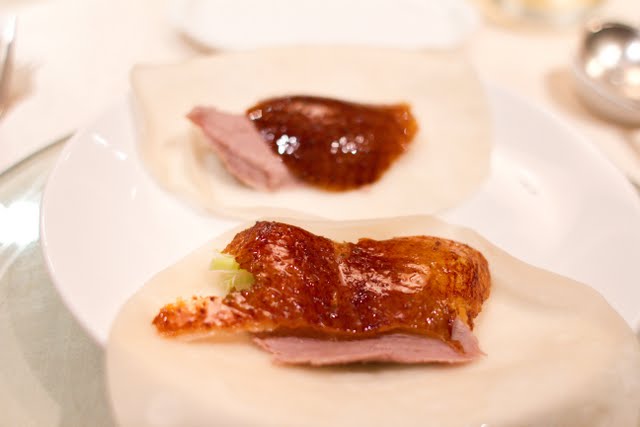 Other than really loving the food in Taiwan, one of the main things I look forward to on a visit to Taiwan is seeing family. A large portion of my mom’s side of the family still live in Taiwan, including beloved aunts, uncles and cousins.

When my uncle and aunt found out we were coming, they went all over Taipei city trying out new restaurants to find the best places to take us to. Our first full night, my uncle took us to the World Trade Center Club. He told me they  had the best Peking duck ever. I love the crispy skin on Peking duck so I was eager to try. What he failed to tell us, was that he had gone all out: we had a private room, with a gorgeous view of the city and a full 9 course set menu. The peking duck was actually an additional item, not included in the menu. 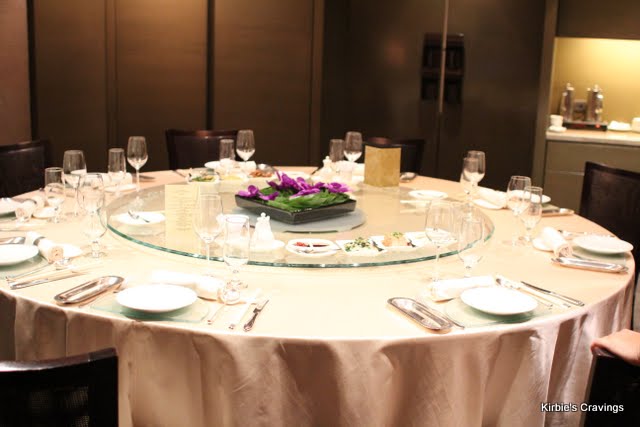 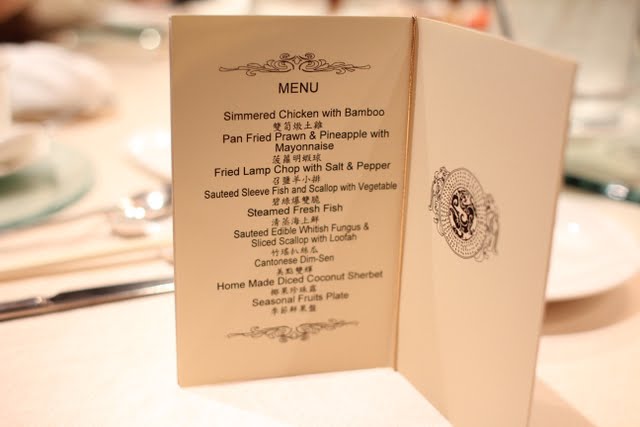 On our table were 8 complimentary cold appetizer dishes. Each one was quite tasty, but we didn’t finish them because we had to save room for the feast ahead. 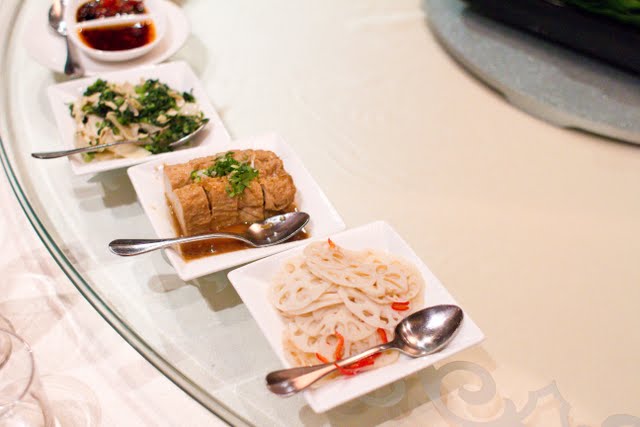 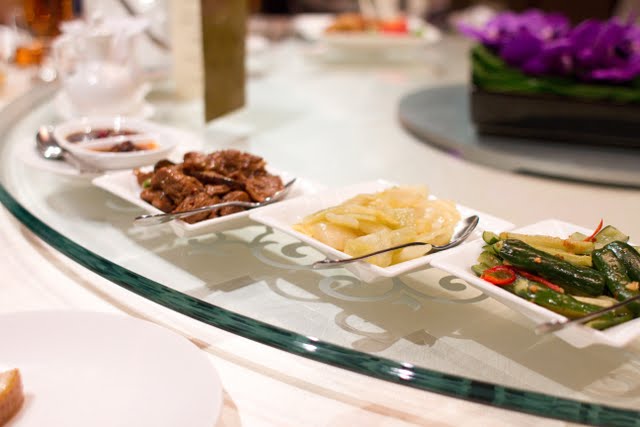 We also had this plate of bbq pork and chicken. 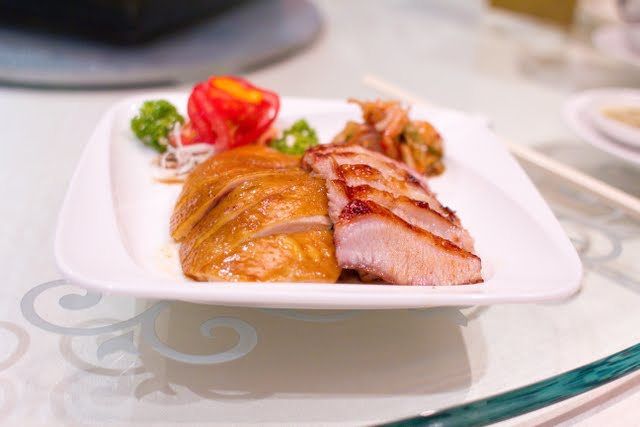 Let’s start with the best dish of the night. Peking duck! 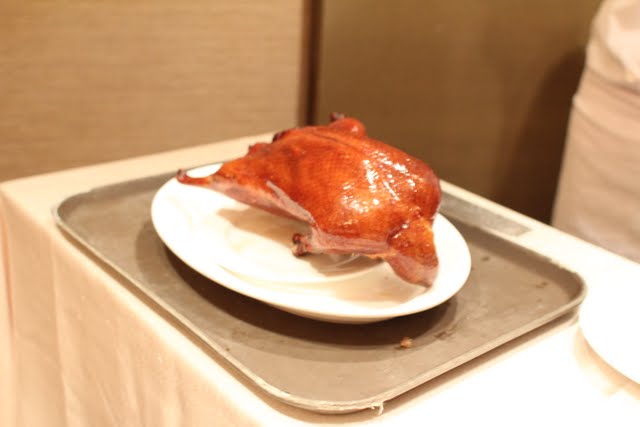 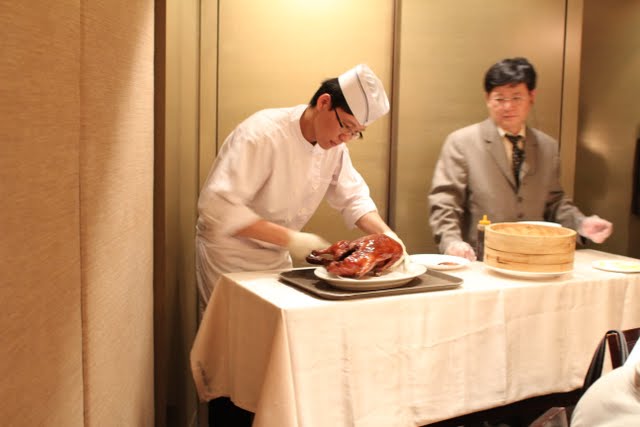 We got to watch the carving. Then the duck was served to us. Peking duck is traditionally served with thin tortilla-like wrappers. Usually a slice of duck meat, a piece of skin, some fresh green onions and hoison sauce are placed in the wrapper and then eaten together. Look how gorgeous this skin is! 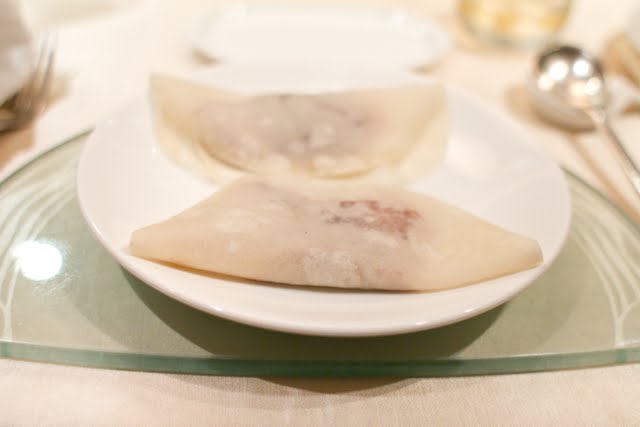 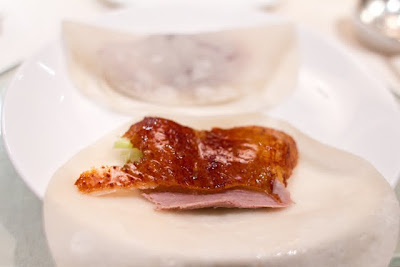 The skin was perfectly golden and crispy. It wasn’t too fatty or overcooked. Even FH who doesn’t usually like duck enjoyed this.

Here’s the rest of our feast: 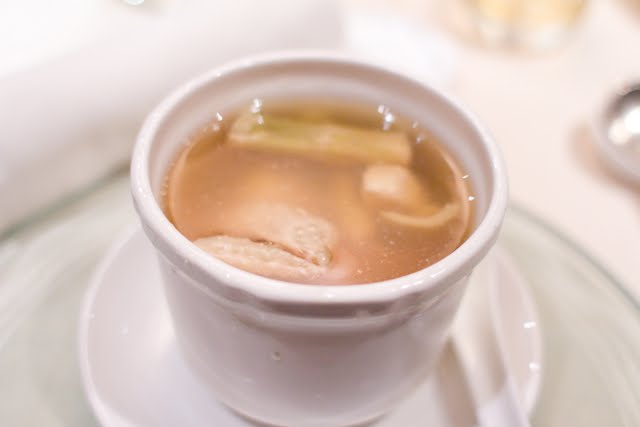 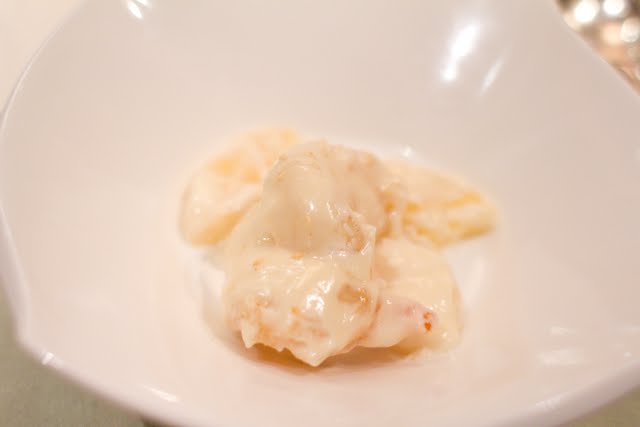 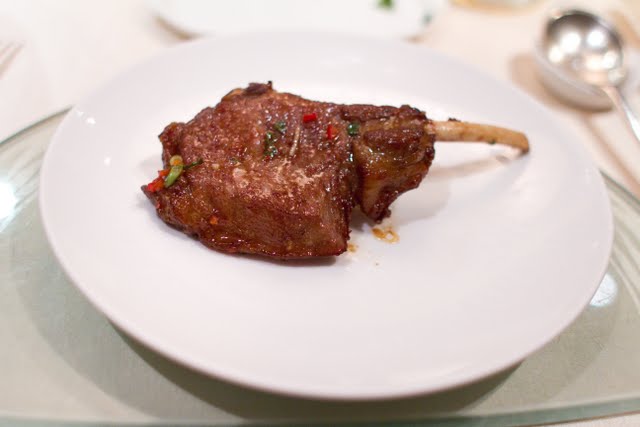 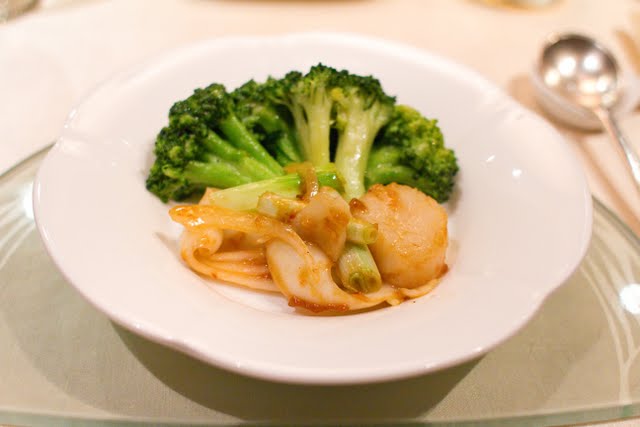 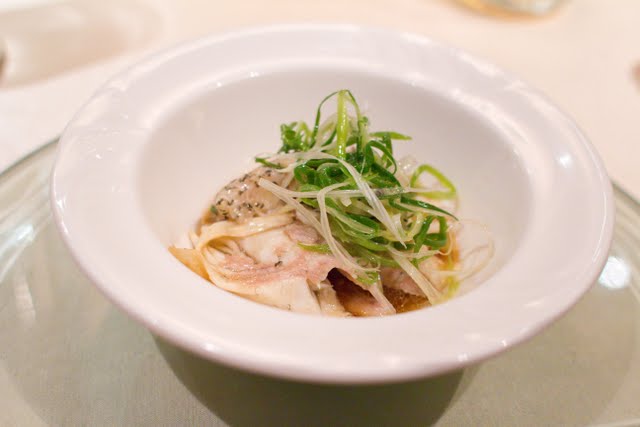 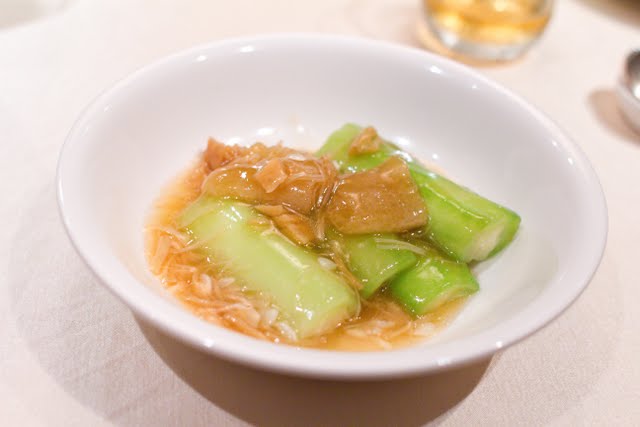 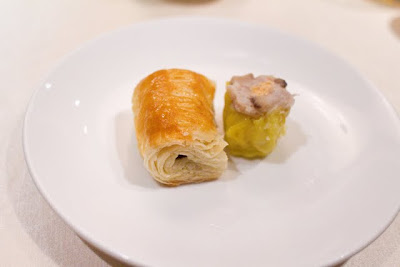 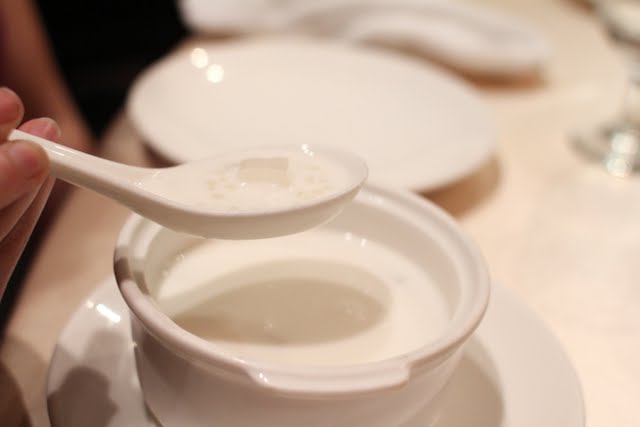 I’m not sure why this was called sherbet since it was a cold, sweet soup. 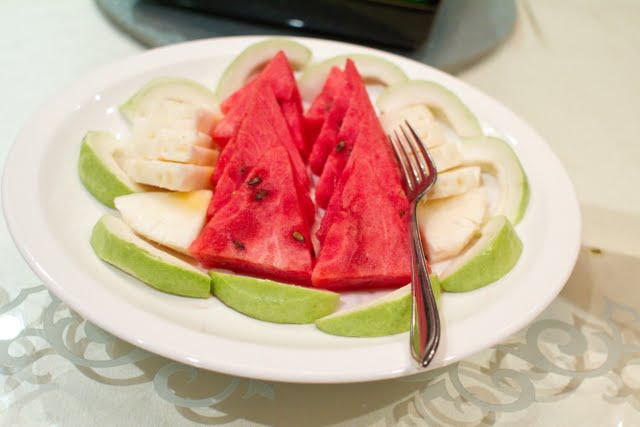 We got fresh watermelon and guava.

Before we went to dinner, we had time to sit down and spend time with my uncle’s dogs. We first met these dogs shortly after they got them three years ago. So I guess they aren’t really puppies anymore. But they are small and cute. My uncle has two toy poodles: Chi Chi and Doby. Chi Chi is this brown one. I instantly fell in love with him.
Not only is he adorable, but he is one of the nicest, most-well behaved dogs I’ve ever met. He let everyone hold him, for however long they wanted. He would sit perfectly still when we were holding him, so it was like hugging a stuffed animal. He also sat perfectly still for pictures. And he let the other dog, Doby, do whatever she pleased with him. 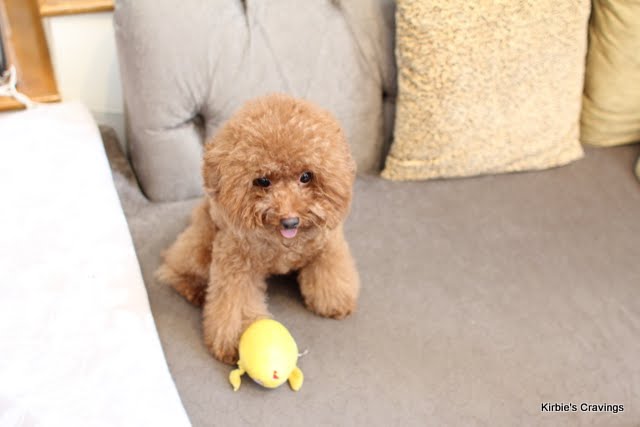 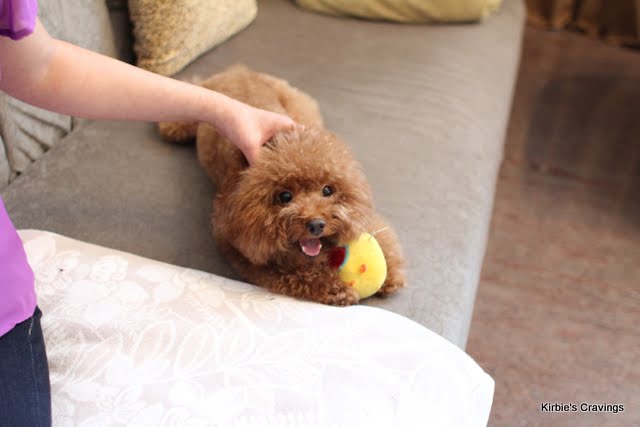 This is Doby. She was really hard to photograph because of her black and white color. Here she is sitting on the steps. She wasn’t nearly as obedient. What’s funny is that once she climbs up the stairs, she’s afraid to get down by herself. Someone had to carry her down each time. 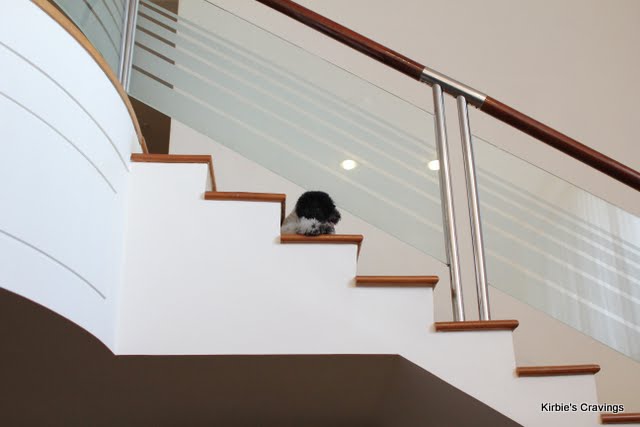 I really wanted to take Chi Chi home with me. This was a great first night. Spending time with family, adorable dogs and eating delicious food.