Little Sis went to Vegas not too long ago and took her camera with her so she could blog about her food experiences.  Here's her post on the buffet at Wynn hotel. 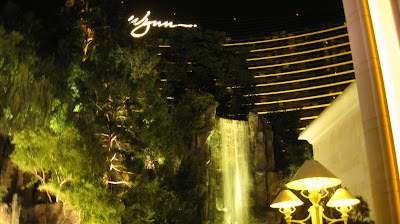 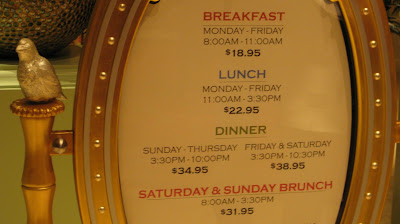 It took about half an hour for us to be seated on a
Saturday night at 7:30pm. I didn’t know where to start! There were so many
different stations of food, it was overwhelming. 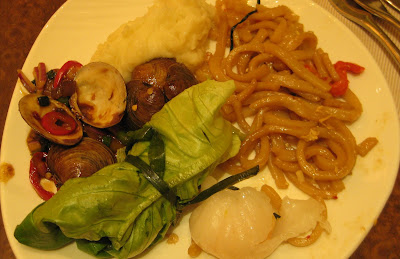 My first plate wasn’t too impressive. I was surprised to
see Har Gow Shrimp, but it wasn’t great. The Udon Noodles looked delicious, but
were overcooked. I honestly can’t remember how the mashed potatoes tasted. The
Clams were a little spicy. 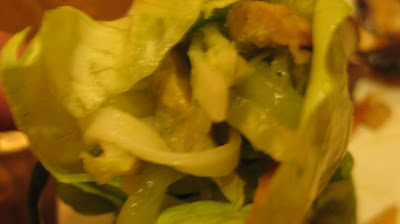 I found the Lettuce Wrap bland. It had too much veggies,
and not enough meat. It was filled with chicken, carrots, and cucumbers. I
liked that it was literally wrapped with green onion. 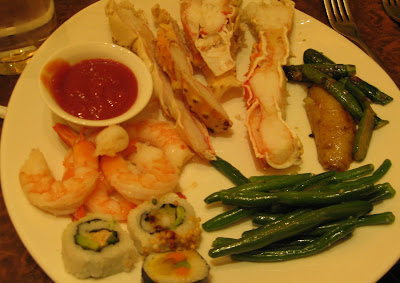 I thought the String Beans had a nice garlic flavor to
them, and weren’t too old or hard. The Roasted Veggies (Cucumber, Potato) were too
mushy for me. I was excited for the Shellfish station. There was a long line and
I was eager to see what I was waiting for. When I reached the front, I saw 3
huge piles of Alaskan crablegs. They were all beautifully pre-sliced, which
made it easy and clean to eat. They were all packed with fresh meat, but it was
salty. I was happy to see the Shrimp were a decent size. For Sushi, they had
the California Roll, Shrimp Tempura Roll, and a Veggie Roll. The shrimp tempura
roll had a very distinctive flavor due to what they put on top of it. It had a
very familiar taste to it, but I didn’t know what it was. The other two were
nothing special. I was a bit surprised they didn’t serve any sashimi. 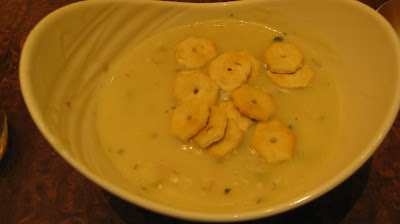 There were a couple of different soups to choose from and
usually I would try a little of each, but I knew I didn’t have the room. I went
with Clam Chowder because it’s my favorite. It looked like it had been sitting
out for a while, but at least it had a lot of clams. 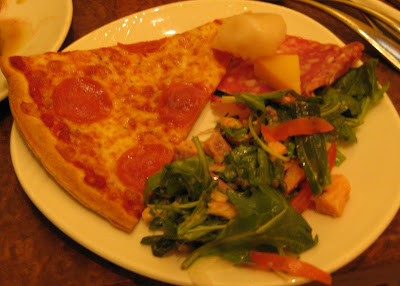 The Cheese was firm and fresh, and the Salami well-portioned.
The thin-crust Pepperoni Pizza was pretty good. The Caesar Salad was not too
drenched in dressing; the leaves were still crisp. 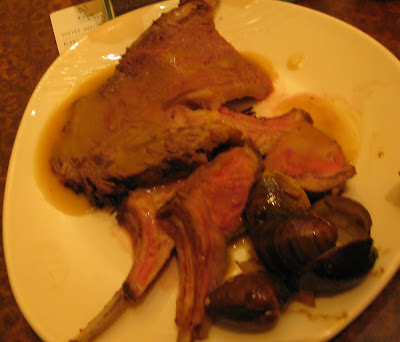 The Lamb Chops were very tender and not too dry. They
were cooked to perfection – not too rare, not too well done. The meat slid
easily off the bones. 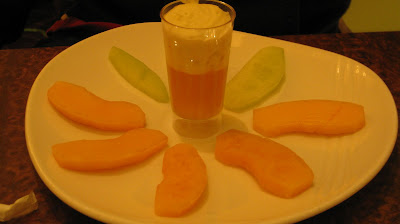 There was surprisingly not a big selection of fruit, but
the cantaloupe and honey dew they offered were sweet. The Tapioca Pudding
looked so cute, but it wasn’t very good.