So after getting a birthday cake from Ranch 99 a few weeks ago (the post on it can be found here), I have been wanting to try all the little cakes on display that I hadn’t noticed before.  I’m not sure when it happened, but at some point the bakery inside Ranch 99 began making these beautiful, individual cakes and mousse. I selected three to try out.  However, due to the extreme heat on Sunday, they melted a bit before I could take some nice photos.  They were still tasty though!

First, I had to try the mango mousse. 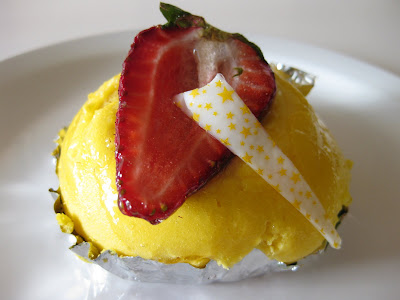 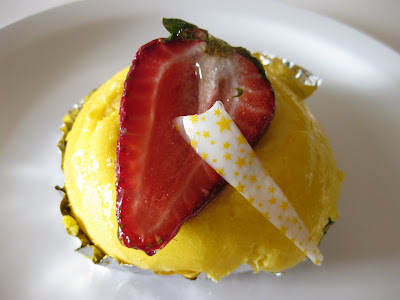 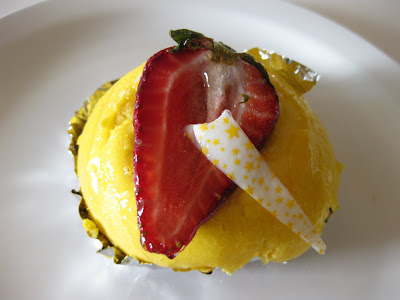 I’ve had the full size mango mousse cake, which is delicious.  The
individual mousse tastes different from the cake, but still very good.
It’s light, not too sweet, and you can taste the mango flavor. This
mousse is comparable to other chinese bakeries that I’ve tried in
Irvine, LA and the Bay Area. It’s so pretty too!

Boyfriend loves chocolate mousse, so we had to get it for him: 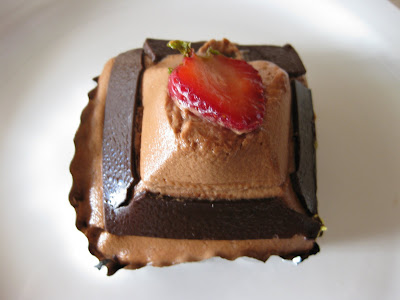 As you can see, it was melting a bit.  The chocolate ring around the mousse wasn’t cracked when we bought it.  And the strawberry was firmly on top rather than sliding down.  The mousse still tasted good though.  Not as rich as other chocolate mousse we’ve eaten, but chinese bakery items tend to be lighter and less sweet.

I also got a beautiful green tea mousse with red beans.  It completely melted before I could take a picture though.  I’ll have to get it some other time to taste it properly and get a good picture.

While we were there, Boyfriend took some additional pictures of the bakery with his phone.  Here are the beautiful full-sized cakes on display: 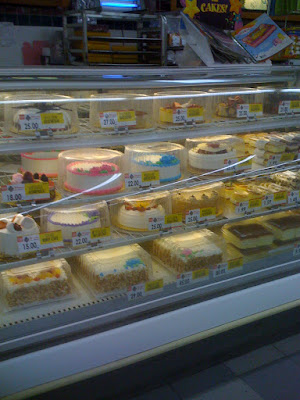 Here are various cookies they sell.  I haven’t tried any of them.  They seem to be pretty basic shortbread type cookies. 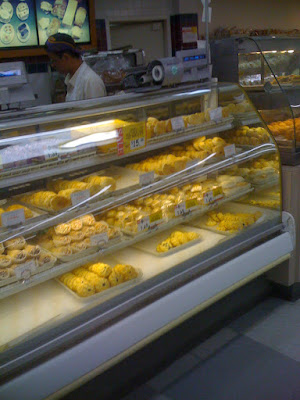 They also sell Portuguese egg tarts and large sesame balls.  The sesame balls are pretty good.  These are like the ones you can get at dim sum.  The shell is made out of glutinous rice flour, creating a sticky, chewy skin (kind of like mochi or sweet sticky rice balls) and the inside is usually filled with red bean.  The dim sum version is a lot smaller.  These are like baseballs.  The ones at Ranch 99 also have different flavors.  They have red bean ones, but also black sesame, taro, and I forgot what other flavors.  The Portuguese egg tarts aren’t very good though in my opinion.  The crust is way too oily.

Ranch 99 Bakery also sells a lot of different kinds of toast. Most of the toasts are sweet or at least slightly sweet, so not the same as American-style toast.  Even the plain white toast seems to have a little bit of sweetness.  They are super-soft and yummy though.  They seem to be coming out with new variations all the time.  I haven’t tried them all. My favorites are the red bean toast, taro toast, and sweet purple rice toast. 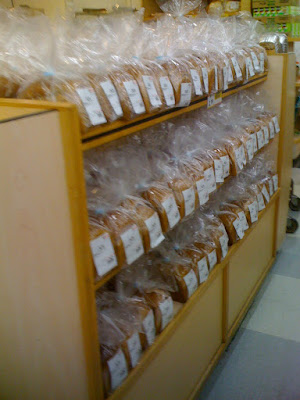 Ranch 99 Bakery also sells various pineapple buns, cream buns, taro buns.  They are okay tasting, but don’t compare to the ones at bakeries in LA, Irvine and Bay Area, so I don’t usually get them anymore.  They also make a really good sponge cake.  It’s packaged like a large, unfrosted cupcake.  It’s a super soft and fluffy cake and one of my favorites.  The ones at specialty chinese bakeries are usually much smaller in size for the same price.  The one at Ranch 99 tastes just as good, but are much bigger.  I’ll have to take a picture next time I get one.