by Kirbie
Jump to Recipe
1475 shares

These easy brownies are fudgy, chewy and have a crinkle top. They are just 2 ingredients and don’t require any flour! They taste just like traditional brownies but only take about 15 minutes to prepare. 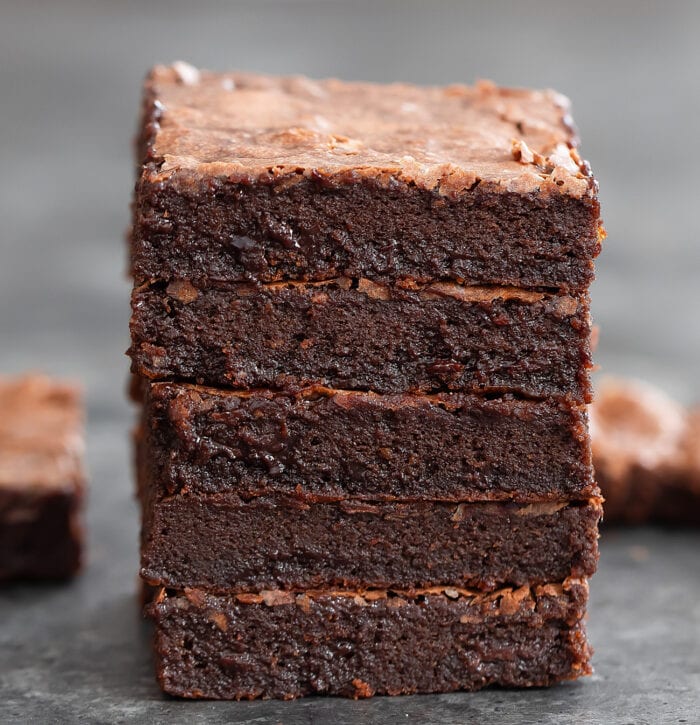 Eggs: I don’t have a substitute for eggs for this recipe. The eggs are used to create the brownie structure. If you want an eggless brownie recipe, I have a 3 Ingredient Nutella Brownies recipe that doesn’t require eggs.

Chocolate spread: I used Nutella for this recipe but other chocolate spreads will also work. Choose a spread that is fairly sweet because there is no other sweetener in this recipe. The spread should have a consistency/texture similar to peanut butter. I don’t recommend using a sugar-free spread. The ones I’ve tried in the past are a little too dry and not sweet enough. Don’t have any chocolate spread? I also have an easy 2 Ingredient Fudgy Banana Brownies recipe that uses chocolate chips. 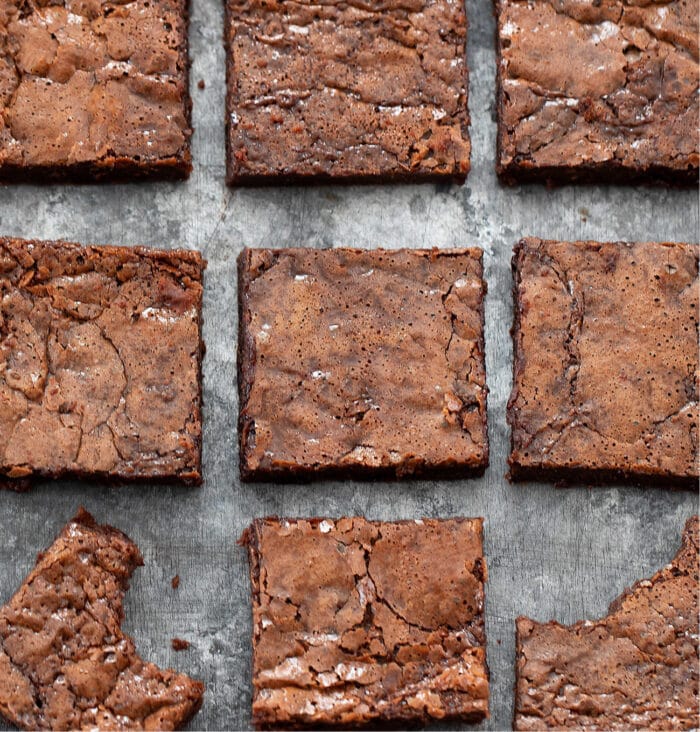 How to Make 2 Ingredient Brownies

These brownies take only about 15 minutes to prepare. The key to these brownies is whipping the eggs. The eggs are whipped at high speed in a mixer for about 8 minutes. This will make the eggs very light and thick, creating the structure for the brownies.

The eggs are beaten until they are at least triple the volume. The egg mixture will be very thick and very pale yellow. When you lift your beaters, the drippings of egg batter should stay on top for several seconds before sinking back down. 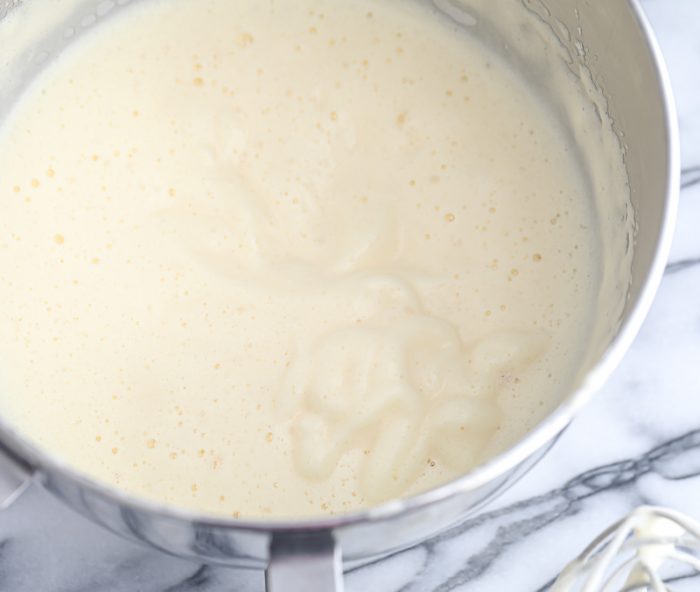 The egg mixture is then gently folded into the chocolate spread. You do want to be careful that you are just folding it in because you don’t want to deflate your egg mixture too much. 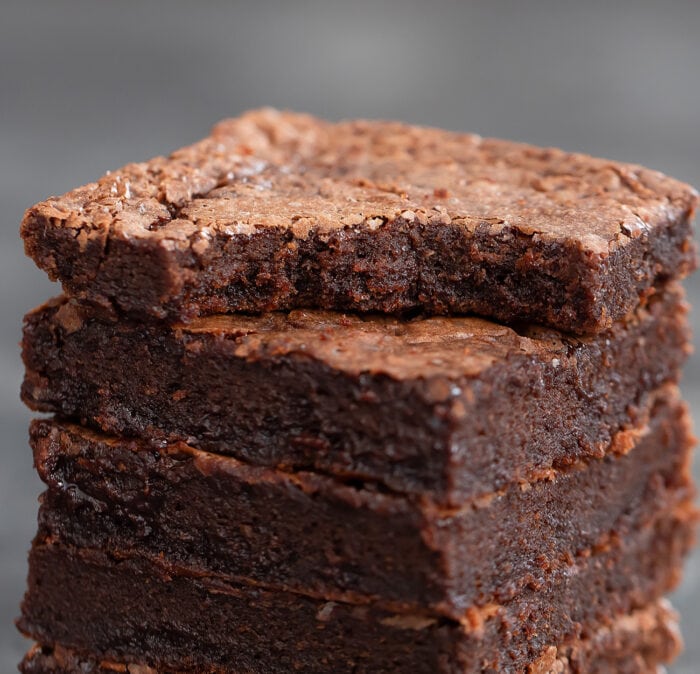 This recipe was inspired by my 2 Ingredient Nutella Cake which I shared many years ago. I’ve seen people call them Nutella brownies but I never thought they tasted like brownies. So I tweaked my original recipe to make a brownie version. These brownies are chewy, fudgy and everything a brownie should be.

Recipe video below. You can also view all my recipe videos on my youtube channel. 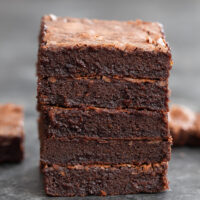 Did you make this recipe?I'd love to see it! Mention @KirbieCravings and tag #kirbiecravings!
1475 shares
Posted in: 4 Ingredients or Less, Brownies, Flourless, Recipes
47 Comments // Leave a Comment »