85°C, the popular Taiwanese bakery chain, continues to expand, recently opening it’s third US location. For some reason they chose to open it in West Covina, which I don’t quite understand, given that the other LA location is quite close by in Hacienda Heights. 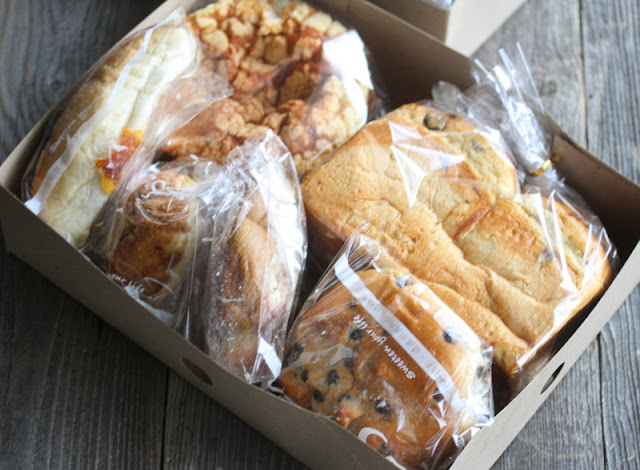 For those unfamiliar, 85°C is actually a bakery and coffee chain from Taiwan. Since its first US store in Irvine a few years ago, it’s been extremely popular. They are most known for their fresh, fluffy and soft breads which come in dozens of varieties both savory and sweet. Unlike most bakeries which only bake breads twice a day, fresh bread is coming out at 85°C nearly every five minutes. The name 85°C actually refers to what is supposed to be the ideal temperature for coffee. In Taiwan, this chain is actually much more known for their coffee than their bread. Since there are so many bakeries in Taiwan making fresh bread, 85°C is not a big deal and you won’t see long lines like in the US. But since we don’t have nearly as many Chinese bread bakeries here, 85°C has remained extremely popular and customers will pile up trays of bread and cakes.

I haven’t had a chance to visit the newest location, but just reading news on the opening brought out a renewed craving for 85°C breads. So on my last few trips to Orange County, I loaded up on a lot more than usual and I thought I’d share some new items and old favorites. 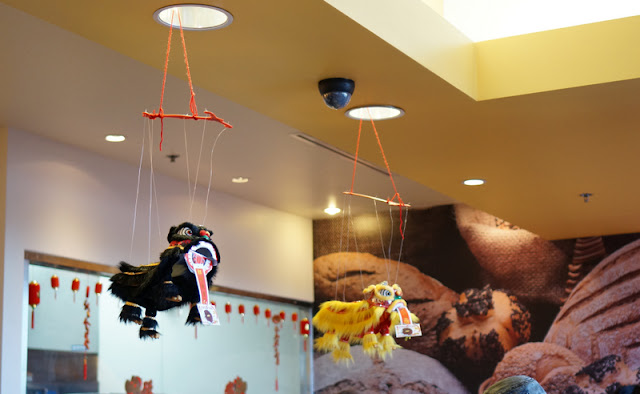 The original Irvine location remains super busy with lines out the door at most hours during the weekends. It doesn’t help that it’s such a tiny store compared to the newer locations. 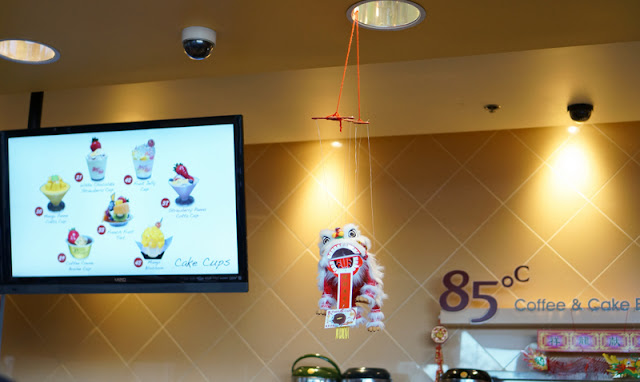 We were around during the Lunar New Year and I loved the cute little dragon decorations. 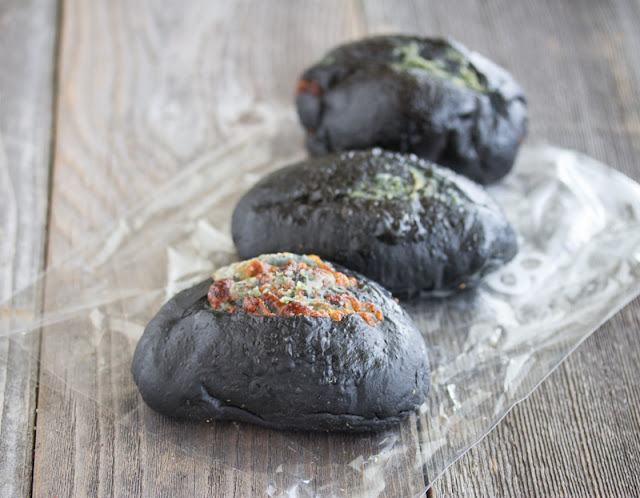 This is one of their most popular items and also the cheapest. It’s only $.65, making it the only item under a dollar. The small squid ink breads are topped with cheese and garlic butter, so they are basically fancy Asian-style garlic breads. Whenever these are around, I see customers grabbing dozens at a time. 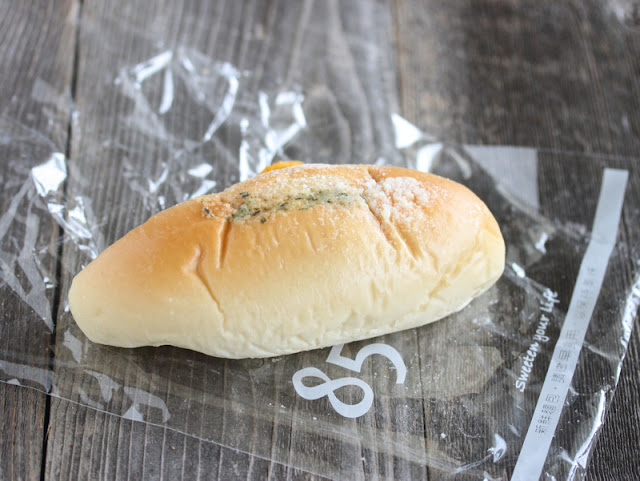 This was a new to me item. I usually am not a fan of the savory breads here but I enjoyed this one, topped with cheese and garlic.

Half Moon Cake with Pork Sung 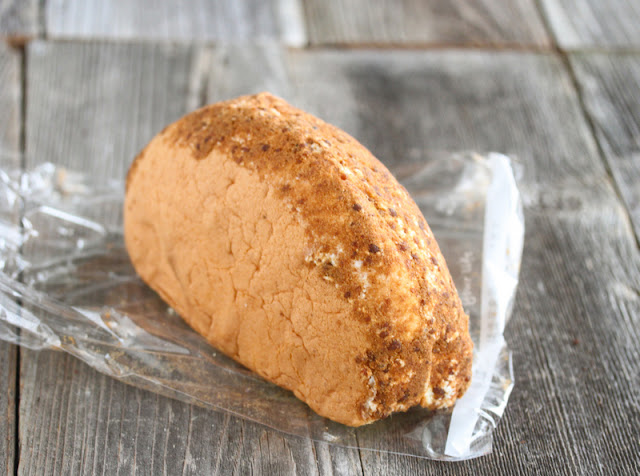 There are several versions of these, the other ones are topped with sweet toppings like blueberry and coconut. I’ve always been curious, so on my last trip, I finally grabbed one. It’s basically a soft sponge cake, filled with whipped cream and then topped with pork sung (or blueberry or coconut if you choose the other variations). It tasted okay to me, but nothing too special. 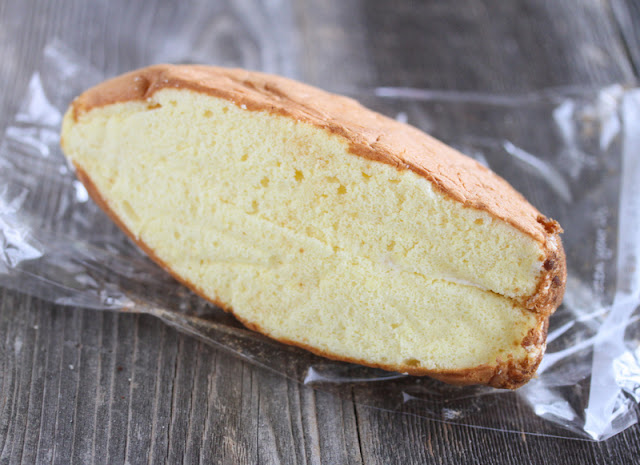 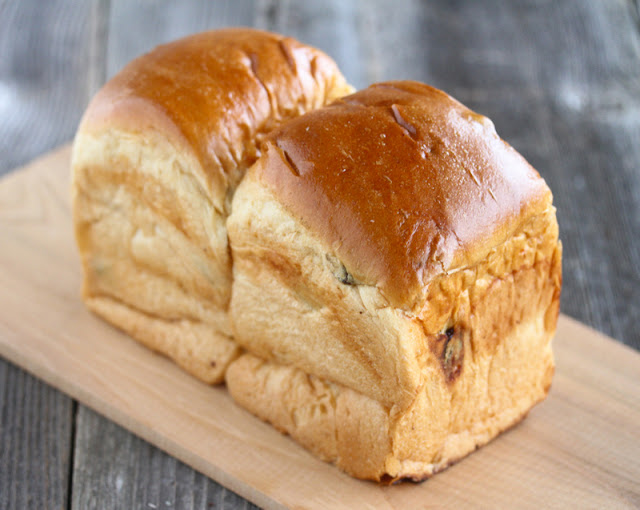 While the bread was soft and fluffy, I honestly could not taste the rum in the raisins. 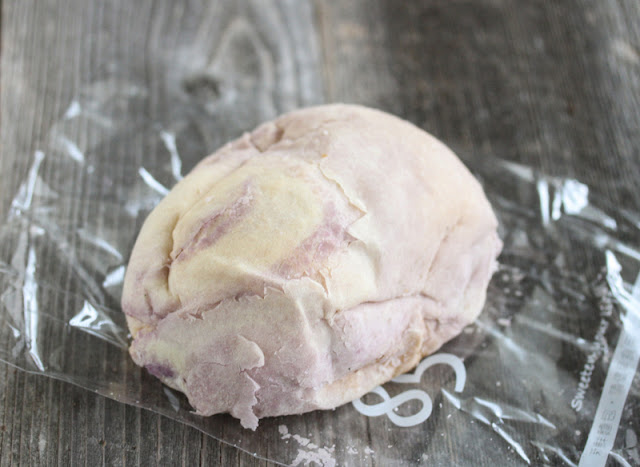 This remains my #1 favorite. It’s so popular that at the Irvine location, I never even see it reach the shelves. Instead, they usually have the trays cooling near the register and as you are paying for your breads, you can ask them to bag a few for you. This one is one of the softest breads at the bakery and maintains its softness for a couple of days. 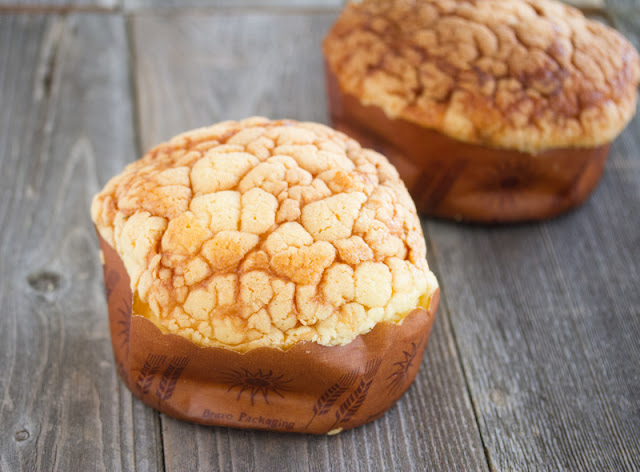 This is my second favorite. It’s basically the Chinese pineapple bread baked into an oversized cupcake form. The topping is the best part, made of sugar and butter, similar to a streusel. The inside bread has soft and flaky layers. 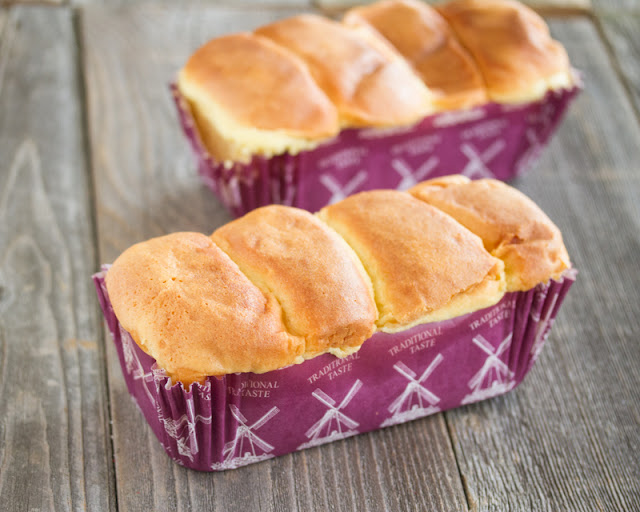 This is another super popular item that rarely makes it to the shelves. Again, it is usually cooling behind the registers so you can ask for it if it’s available.

It doesn’t taste like traditional French brioche bread, but it is buttery and soft. 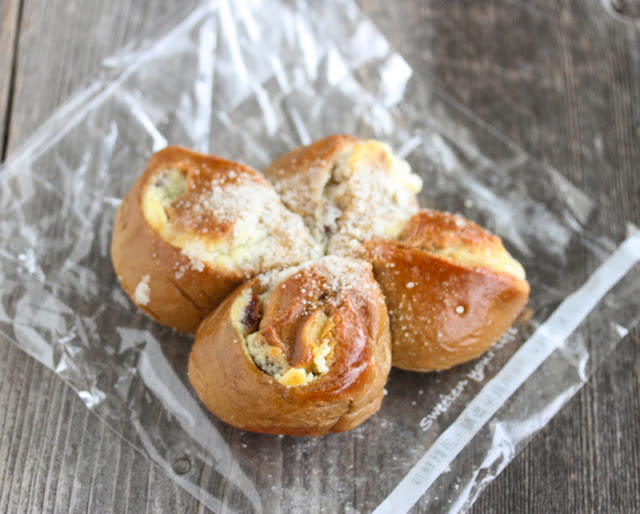 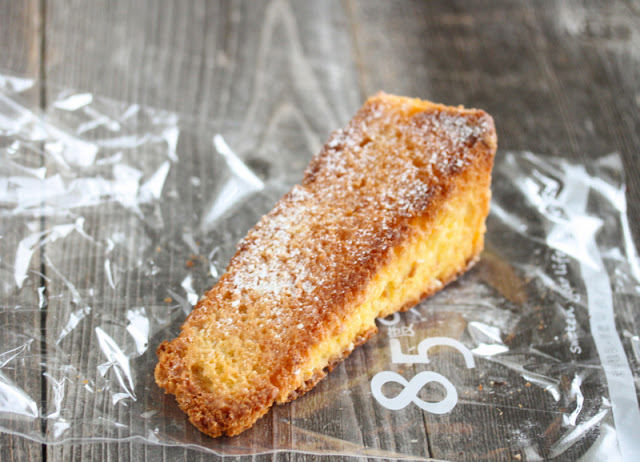 I wasn’t as much of a fan of this one. It seems like one that is best eaten toasted and warm. 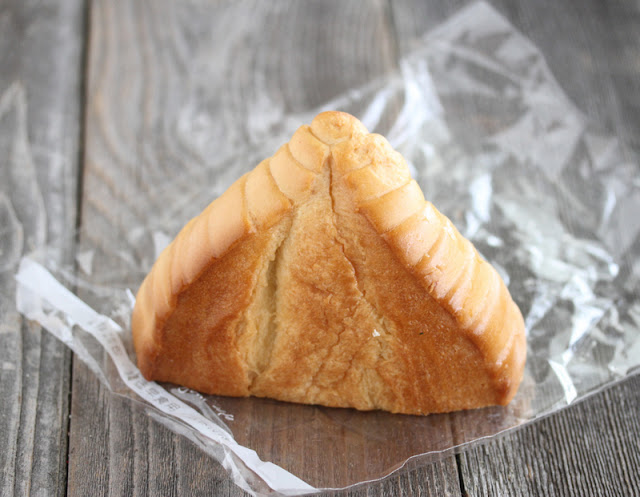 I still haven’t quite figured out why this bread has this name. The outside has a caramelized layer and the inside is just plain bread. It’s a little dense and mildly sweet.

The bakery also has a large selection of cakes and drinks. I love the sea salt coffee though I didn’t take a picture of it. It was impossible to take a picture of the mouthwatering cakes with so many people crowded in front of it.

I’ve done way too many 85C posts in the past. I will just link to my two latest from last year found here and here.