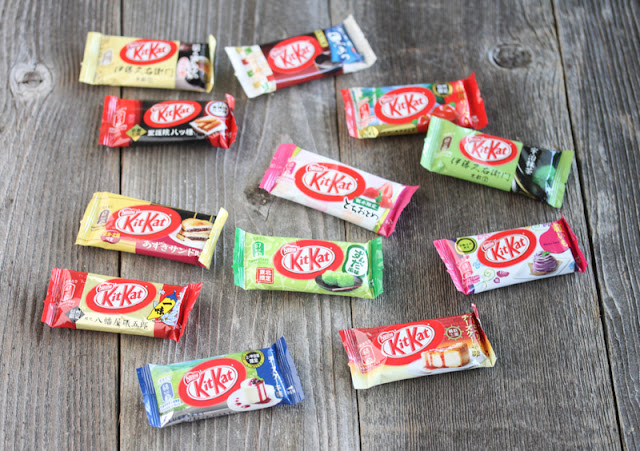 One of my biggest obsessions is trying out as many Kit Kat flavors as possible. In Japan, there are probably close to a hundred different flavors, with new ones being produced each year. Many are region specific, some are limited editions ones, etc.

I’ve tried enough now that I’m starting to lose track of how many I’ve flavors I’ve gotten my hands on. Luckily though, my obsession started after my blog was created, so I’ve been documenting them all on my blog.

From time to time, the Japanese stores in San Diego will carry a few of the Japanese flavors. The selection varies. Green tea, which used to be quite scarce, seems to now be a staple on the shelves. Previously, there were always some new ones that came out shortly after the new year. I checked back several times to all three markets (Nijiya, Mistuwa and Marukai) earlier this year, but found nothing new.

So finally, I went to another source: Japanese sellers on Ebay. I’ve checked on Ebay before but found slim pickings. However, since it’s early on in the year when a lot of new flavors were recently released, there are quite a few sellers selling various flavors on Ebay. So here’s what I got: 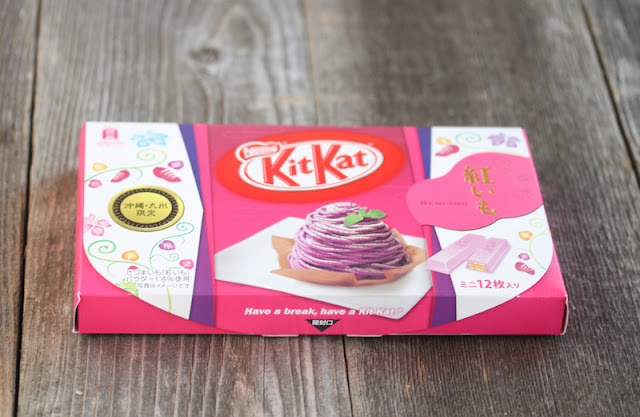 I have been wanting to try this one for years, mainly because it is purple in color and I do like purple yams. I’ve never seen it available before, so I was so excited that sellers in Japan were selling boxes of them on Ebay. 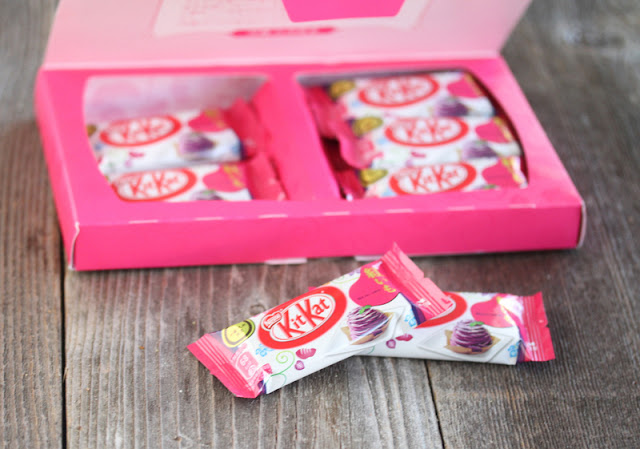 I enjoyed these. You could taste the yam flavor and they were a nice light purple color. 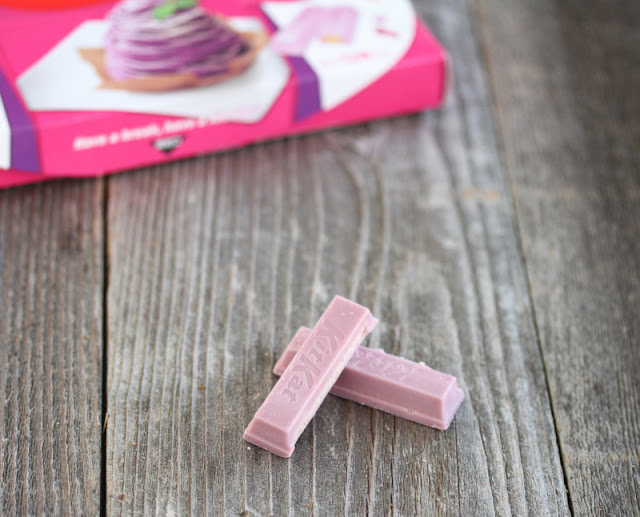 A few of the ebay sellers are making their own variety set, basically putting 12 different flavors in one of the flavor boxes so that you can sample 12 flavors instead of just buying an entire box of one flavor. So in order to properly sample more, and save some money, I went this route as well.

Some of these included repeats of ones I’ve tried before but the new to me flavors included: blueberry cheesecake, strawberry, apple, taste of yatsuhashi of Kyoto, and chili paste. 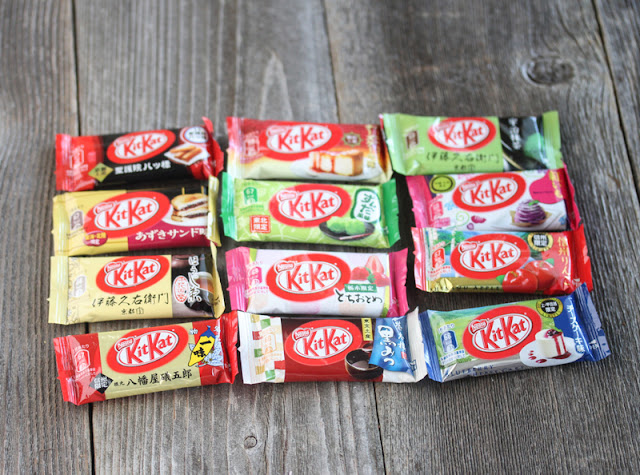 My friend recently came back from a business trip to Japan and got me this Houji tea flavor. I really enjoyed it. Not too sweet, with quite an intense nutty tea flavor.

The last time the Japanese markets in SD came out with new flavors was around Halloween. 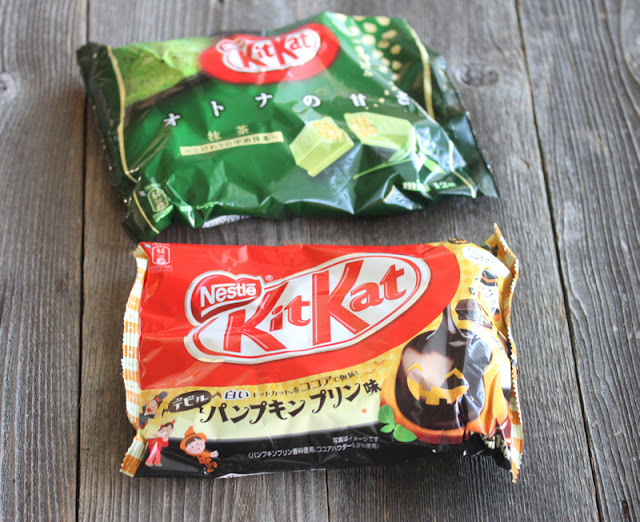 They had this pumpkin pudding flavor. The pumpkin flavor is there, but light. It is more of a pure pumpkin taste without the fall spices. The above green tea is another newish flavor. There’s been quite a few variations of green tea ones I’ve tried now. There has been matcha, matcha latte, matcha sakura, and this one is regular green tea. It’s not as sweet as the matcha and has a very strong flavor, but I enjoyed it. 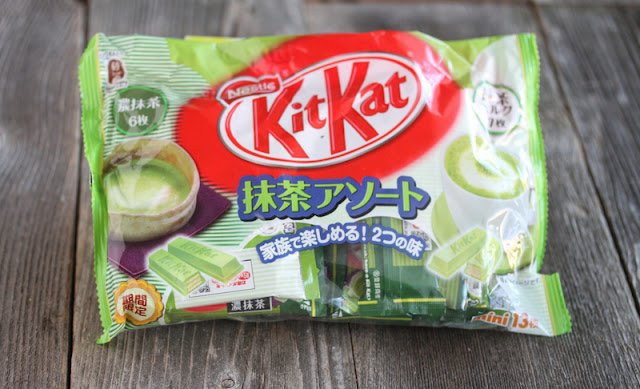 This one is a mixed bag with matcha and matcha latte. I had already posted on it, but when I previously posted on it, I didn’t realize it was two different versions in one bag.

You can read my previous Kit Kat posts here, here and here. 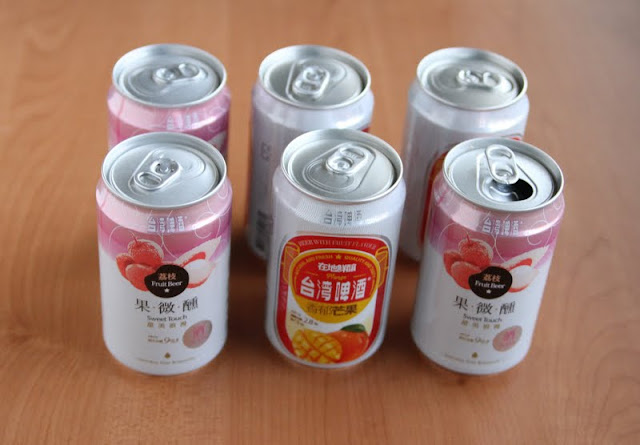 Fruit flavored beers have been quite popular in Taiwan. I first found out about them through an Instagram photo. Then I started researching it, and when my mom went to Taiwan at the end of last year, I requested she bring me some back. There are quite a few flavors offered. She got me mango and lychee, which were the two I was most interested in tasting.

If you’re a beer enthusiast, this is probably not for you. It basically tastes like a very light beer infused with a fruit flavored syrup. That said, its still fun to drink. They are sweet and taste like the flavors they are advertised to be. 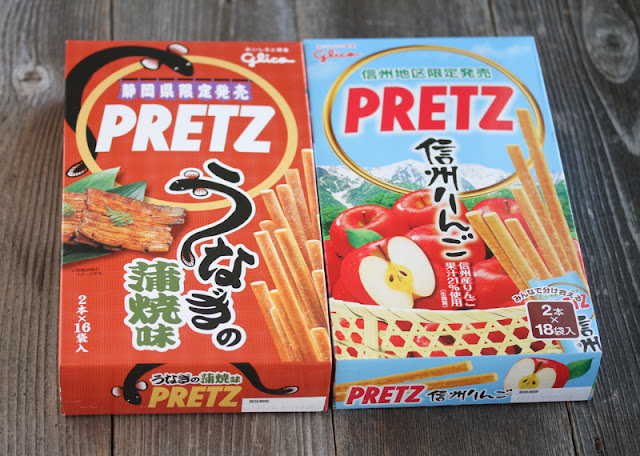 Another Japanese product that I love trying different flavors of are pretz. These biscuit sticks can usually be found in most Asian markets. The common US flavors are salad, roast and tomato. However, in Japan, they have many other flavors.

Over the years, I’ve sampled flavors I’ve purchased from sellers in Japan and ones I’ve found at the Japanese markets in SD and Orange County. I’ve tried ones like honey, dumpling, pizza, corn, etc. Recently, I found eel and apple at Nijiya while searching for new kit kats. I wish they came in the regular small boxes because the giant pretz are really expensive to begin with. but I couldn’t resist trying the new flavors so I made the splurge.

I enjoyed the eel one but didn’t quite like the apple, which tasted like sour apple candy.

So that’s it for now. My weekend so far has been busy but full of good eats and reuniting with friends. Hope everyone has a great rest of the weekend!