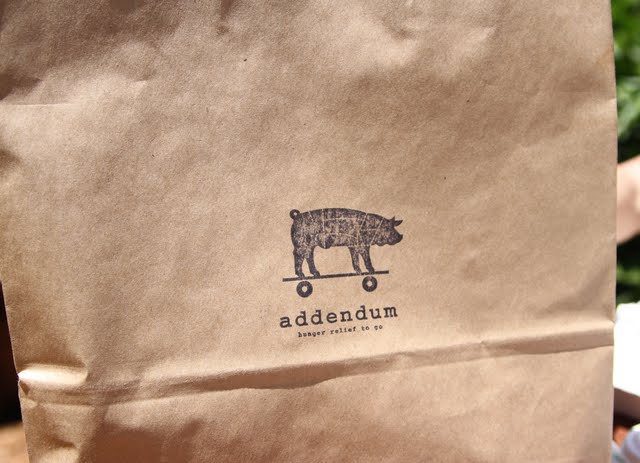 Thomas Keller’s famous buttermilk fried chicken served at Ad Hoc has been something I’ve been longing to try for a long time. I bought the Ad Hoc recipe book despite never stepping inside Ad Hoc and just knew the fried chicken would be good from the picture. 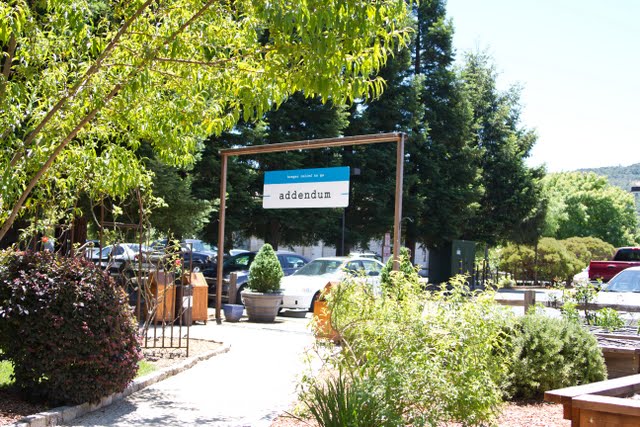 Because Ad Hoc only serves the chicken on Monday nights, I haven’t yet been able to experience it. When Addendum was introduced, the fried chicken became more readily available. Addendum is an addition to Ad Hoc which serves box lunches Thursday through Saturday. 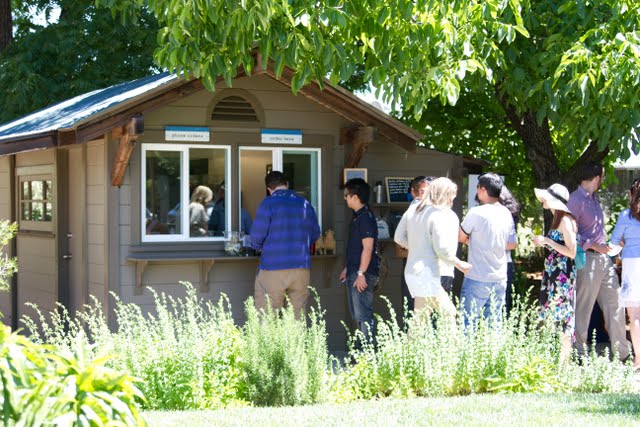 The menu is very simple: fried chicken or bbq.  The boxed lunches (priced at $16.95) come with two sides (potato salad and corn) and cornbread. You can wait in line or call to place an order. If you have a large group, you can place the order 24 hours in advance. 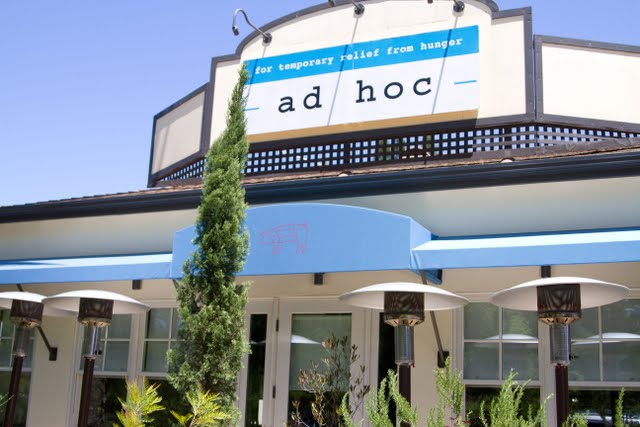 Addendum is located behind Ad Hoc. There are various picnic tables for people to enjoy their boxed lunches and you can also admire the vegetable gardens too. 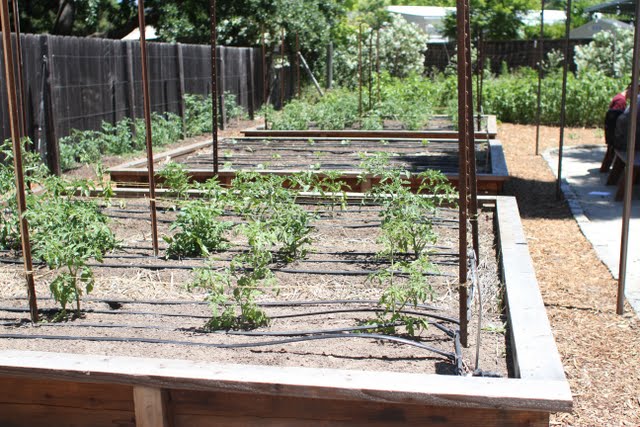 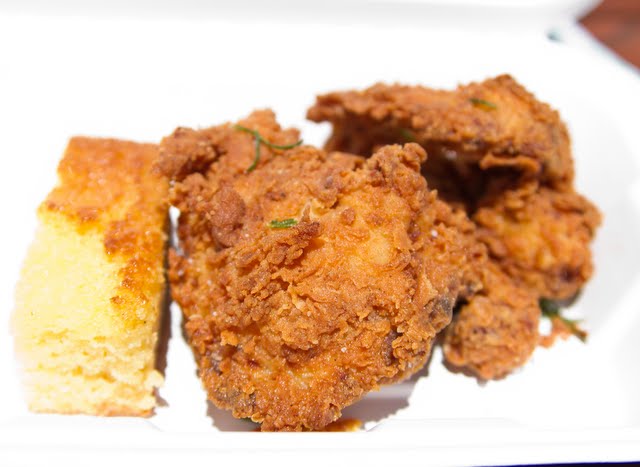 Each boxed lunch comes with three pieces of chicken. The skin on the chicken was so crunchy and flavorful. The chicken itself was moist and juicy, with the juices of the chicken spilling out once you broke open past the skin. It’s basically your classic fried chicken, but raised to a new level. It was definitely worth all the hype and the best classic fried chicken I’ve had to date. The recipe for the chicken is in the Ad Hoc cookbook. I’ll have to give it a try soon to see if I can come close to replicating this creation. 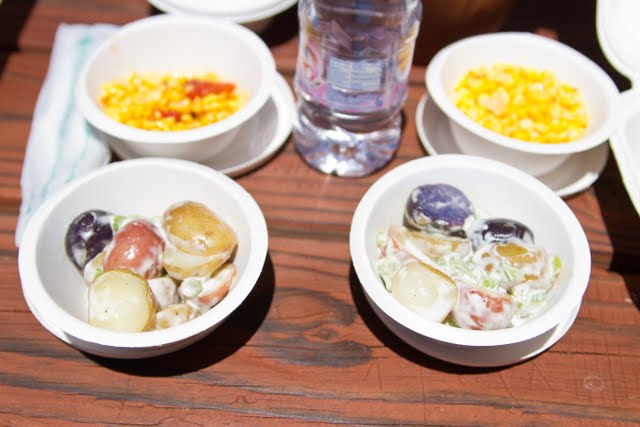 The two sides weren’t as amazing. The corn medley was a little disappointing. The potato salad was also pretty ordinary, though I enjoyed the mix of potato varieties, which created a more buttery and creamier salad.

A few in our party also tried the ribs. We actually got lucky. We had placed the order well in advance but they actually mixed up our order. Instead of 4 chickens and 2 ribs, we got 4 ribs and 2 chickens. When we let them know of the mistake, they quickly prepared 2 more chickens for us and let us keep the extra ribs. Score! 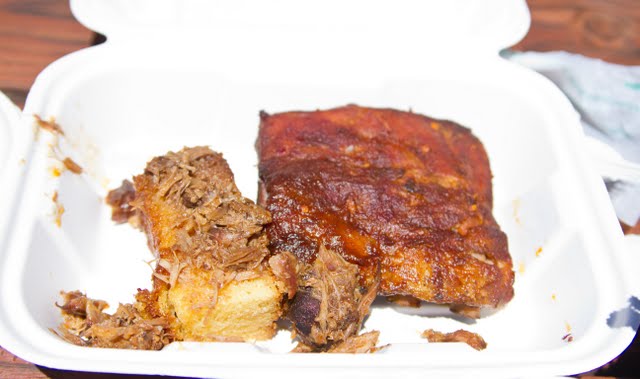 The rib meat fell off the bone easily. The bbq sauce had a spicy kick to it. They were good, but nothing compared to the chicken in my opinion. I would definitely stick with the chicken.

Afterwards we wandered a little through Thomas Keller land, passing by the front of Ad Hoc, and stopping at Bouchon Bakery.

I’ve visited the Bouchon Bakeries in LA and Las Vegas and they have always been easily accessible. But the one in Yountville had a long line and my friend informed me this is pretty much always the case. 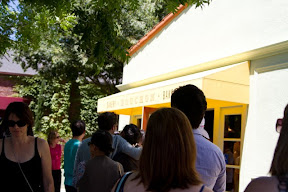 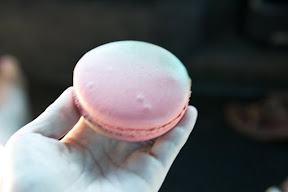 I did notice two macaron flavors I hadn’t seen at the other locations. One was a strawberry rhubarb macaron that had actual rubarb pieces in the filling. I absolutely loved this. It’s now my favorite of the Bouchon macaron flavors. They also had some chocolate dipped macaron options.

We also passed by some chocolate stores and a store that sold truffle potato chips. 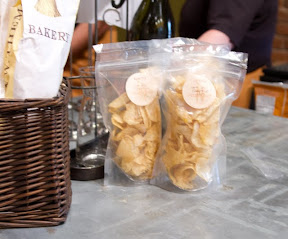 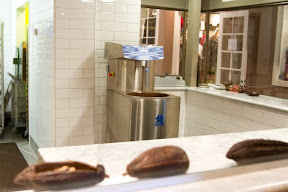 I really enjoyed walking around Yountville and can’t wait to go back. We passed by so many good restaurants, and of course, I am definitely ready for more fried chicken. 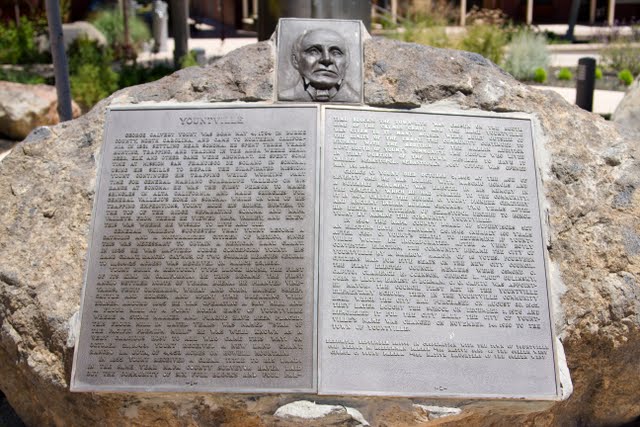