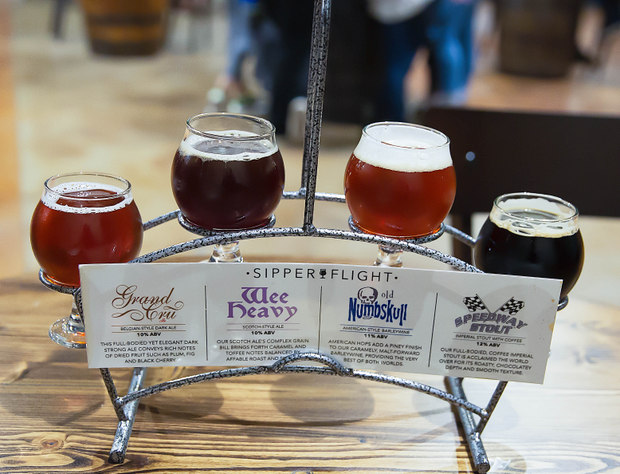 AleSmith Brewing Company opened its new 100,000 square feet facility complete with the largest tasting room in San Diego (25,000 square feet) late last year, located on a street that was changed to be named after them, AleSmith Court.

During a wedding I was at earlier this year, I was introduced to AleSmith’s award winning Speedway Stout. I normally stay away from stouts, finding them far too bitter and strong for my liking. But I was immediately taken with the Speedway’s strong coffee notes and smooth finish. A week later, we found ourselves checking out the new tasting room. 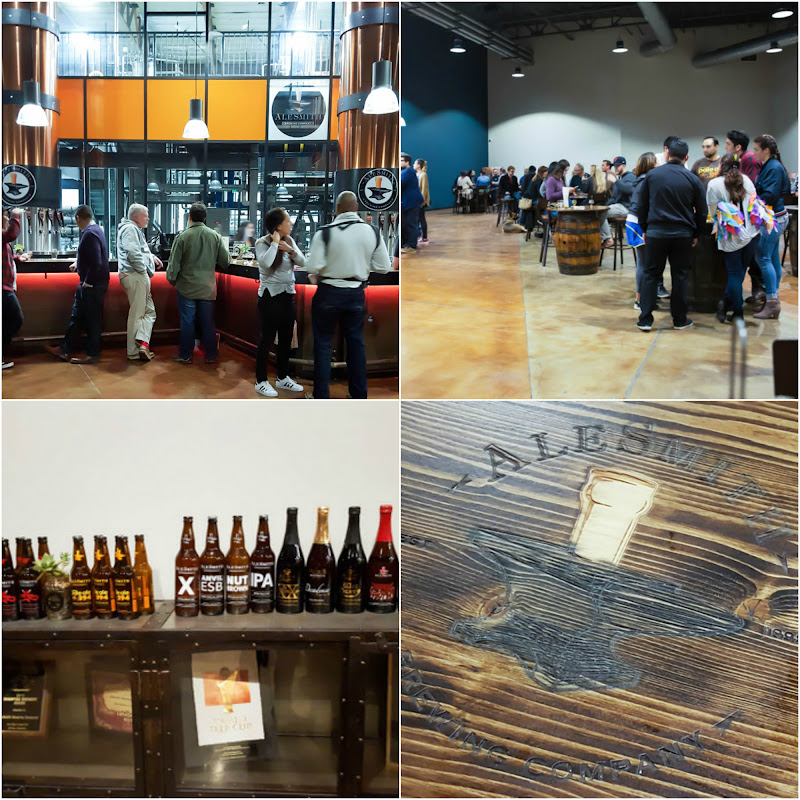 The space is really quite spacious. Even with the large amount of people there that night, it didn’t feel crowded.

The number of beers they make is pretty impressive, with 11 year-round offerings and several seasonal, limited edition and barrel aged ones as well.

We ended up doing a few taster flights to get a sense of what we wanted to purchase and bring home for later. The first flight was the Sipper Flight (first photo). The second one, we did our own combination, sticking mainly to the seasonal offerings. 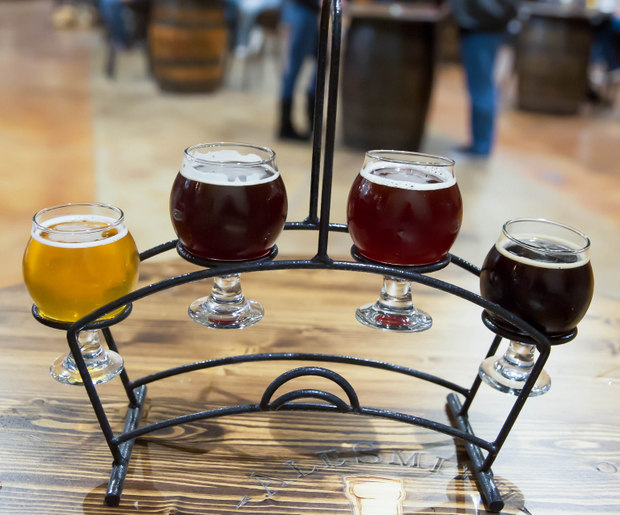 I don’t know why, but I love these taster glasses. I would have very little use for them at home, but that doesn’t stop me from wanting to buy a set.

I didn’t take too many photos since there were so many people around and the photos would have just been a lot of faces and bodies.

Overall, we had a really nice time here and picked up a few bottles we really enjoyed. The brewery offers tours daily and next time we want to come early enough to join in on a tour.