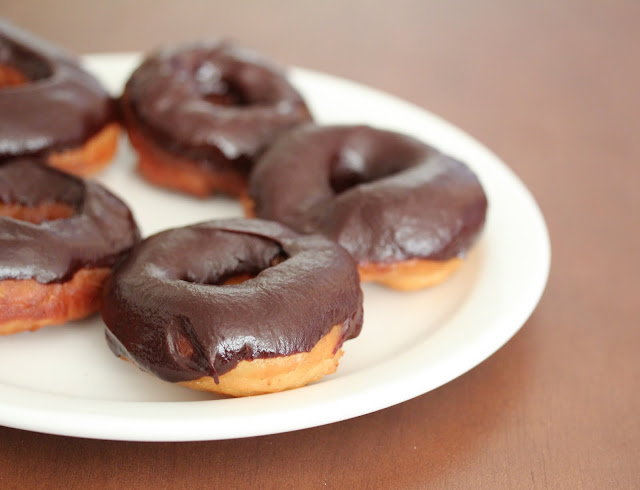 Update: Since writing this post I’ve found a much better recipe for yeast donuts so be sure to check out my Soft and Fluffy Glazed Donuts.

I love donuts. I mean, I know I have a serious sweet tooth, but I have a special place in my heart for donuts.  When I was a kid, the thing that would get me out of bed early was if there were some fresh donuts from the bakery.

So I had a serious craving for donuts lately and while I absolutely love the little cute baked ones I’ve been making, they aren’t a substitute for the fried yeast kind. 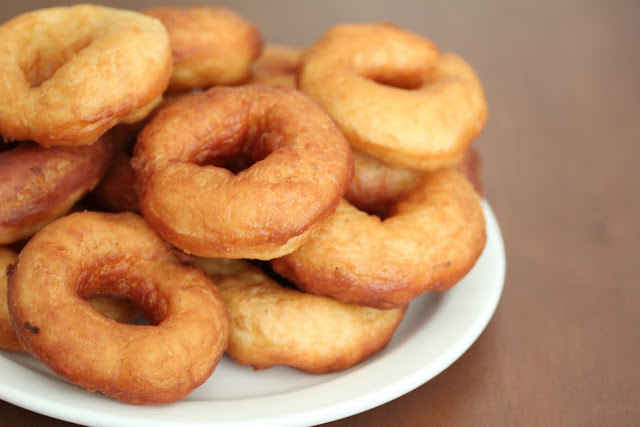 A few weeks ago, there was a flurry of donut posts by bloggers and many of them used a yeast recipe by Alton Brown. After successfully making Alton Brown’s recipe for soft pretzels, I was excited to try his recipe for yeast donuts. 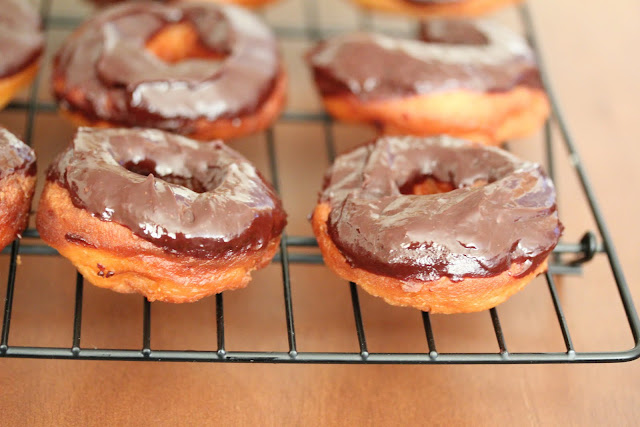 These donuts ended up taking forever to make. The dough was messy, sticky and complicated. I followed the recipe and instructions exactly but when my dough was done it was really, really sticky. The recipe says that you have to flour your working surface, but I had to do much more than that. My dough needed a lot more flour. In fact, I used almost 2 cups of flour to get the dough in working condition. All the stickiness had to be taken out of the dough or else the dough wouldn’t cut properly, or once it was cut it would be hard to drop it in the frying pan without losing shape unless it was no longer sticky. 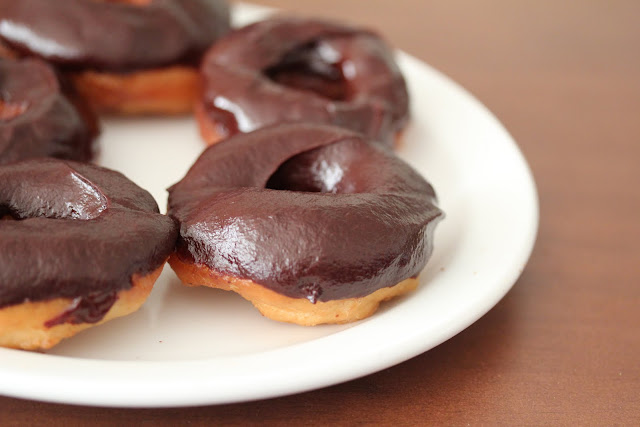 The end result was just okay. The donuts did rise like yeast donuts should, but they weren’t amazing. It was about the same taste as frying up some premade pillsbury dough. I was pretty disappointed with this recipe and these didn’t satisfy my craving for donuts. They also didn’t keep well.  They were already starting to turn hard the next day.

Before and after shots of the donuts rising: 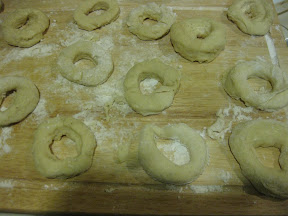 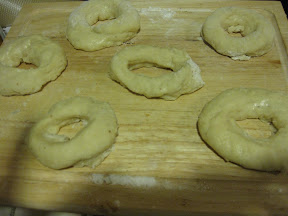 I did wonder if I did something wrong, but when I went back to the website and read the comments, I saw that many other people encountered the same problems I did.  If all donut recipes are this complicated, I may just stick to buying yeast donuts. You can view Alton Brown’s recipe here. 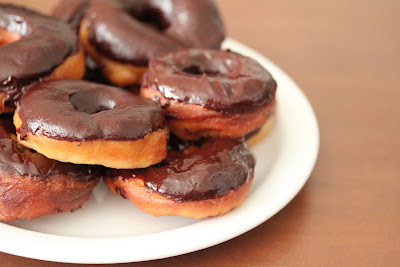