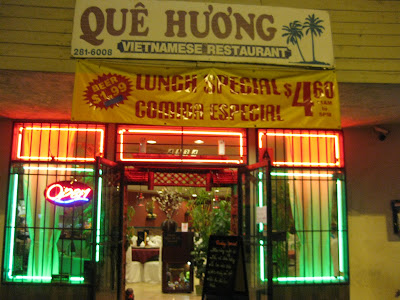 I’ve also been wanting to expand my experience with Vietnamese food, since the only Vietnamese food I usually eat is pho.  I know that there are quite a few posts by fellow San Diego bloggers on this spot, but I didn’t get a chance to review them prior to my visit. 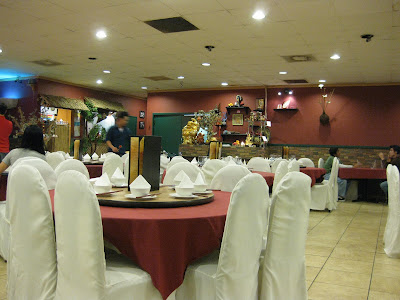 Once inside, I was pleasantly surprised by the decor. The place looked pretty nice, with a lot of large tables and the seats all had seat covers. There were a lot of interesting menu options.

We ordered Hanoi Style Grilled Snapper Cake.  The snapper was served on a sizzling plate and accompanied by lettuce, rice noodles, pineapple, cucumbers, pickled carrots and a shrimp sauce. 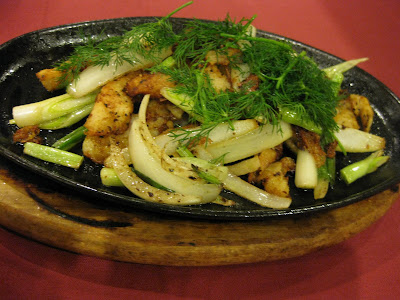 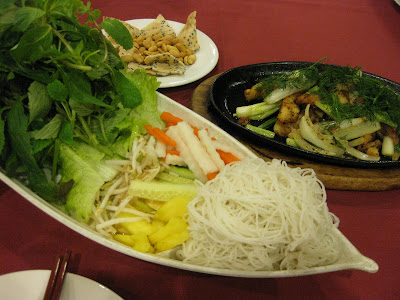 I had expected actual fish cakes made out of snapper, but these just seemed to be fried pieces of snapper. The snapper by itself was really salty, but once wrapped in lettuce, some pineapple, pickled carrots, cucumbers and vermicelli, it wasn’t too salty. I really liked the combination of so many flavors and thought they all worked well together. I didn’t really like the shrimp sauce that you are supposed to dip the fish in.

W also ordered Marinated Deer Meat. I love deer meat and other gamey meats and was surprised to see it on the menu, so of course I had to order it. The meat was served on a sizzling plate with onions. The meat was gamey and you could definitely taste that it was deer. Sometimes when I get deer meat at a restaurant, the taste is so mild, it just tastes like beef. 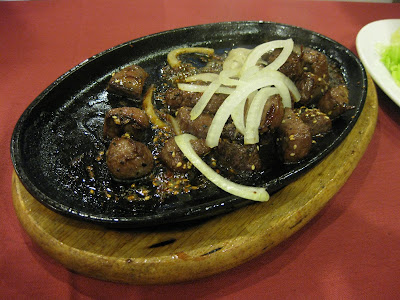 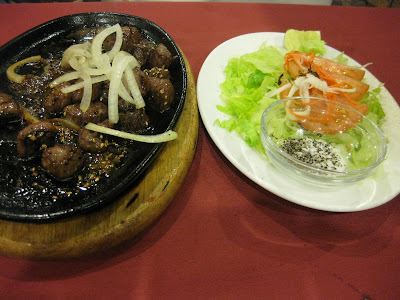 We tried to order the eel with coconut sauce but they were out of it, which wasn’t a big surprise. Eel has been really expensive lately and a lot of restaurants won’t serve it or have raised their prices.

Finally, we got wings. We asked if we could do two different kinds, and they allowed us. We chose fish sauce wings and tamarind wings.

The tamarind wings were sweeter and crispier. I liked them. 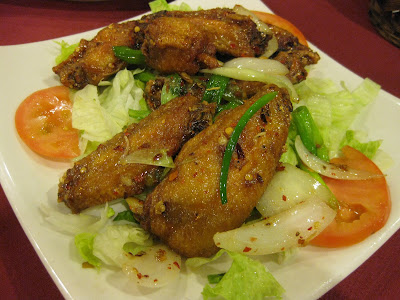 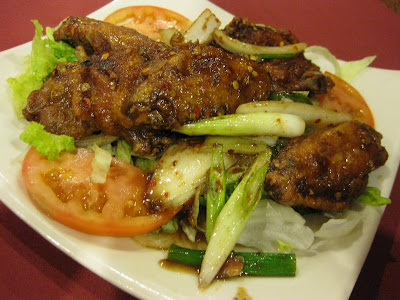 When I left, I had to take a picture of the money tree I had seen when I entered. When I first arrived, I saw a small one. I thought it was so cool looking. It had little charms and money made into origami birds and butterflies hanging from the tree. As I went to take a picture, the waiter pointed out to me that they had a full size version for a better picture. I’m not sure how I missed such a big tree. Perhaps I need something like this in my house… 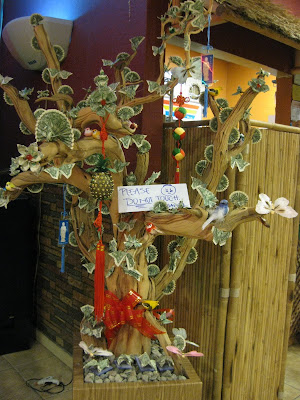