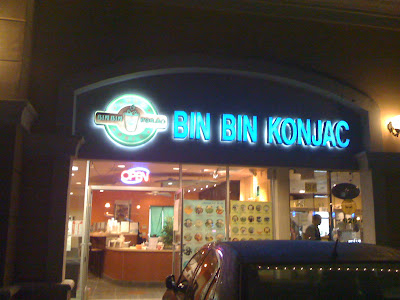 The last time I was in Arcadia and waiting for a table at Sinbala, I kept noticing Bin Bin Konjac which is next door to Sinbala.  Sinbala was buzzing with business, but Bin Bin Konjac seemed relatively empty.  I was still tempted to try it though.  On the outside of the store, there were so many pictures of different shaved ice variations that looked so appetizing.

I was also curious about what Konjac
was, so I googled it after I got home.  I was really intrigued.
Apparently it's a chewy, jelly like substance, that is full of fiber
and healthy for you.  It's made of the same substance used to make
shirataki noodles.  I didn't recognize the name Konjac, but I've had
this chewy snack before.  In chinese, it's called chu lou. It's often
used in as a substitute for beef jerky snacks, dried beancurd snacks,
flavored fruit jelly snacks served in those little cups. It's also the
jelly that is now offered in chinese ice cream bars. Bin Bin Konjac
offers Konjac as a substitute for boba and offers it as a topping in
their shaved ice.  I love boba drinks, and I always get them with the
boba.  However, sometimes I do worry abotu how unhealthy these drinks
are.  I'm often relieved that the tapioca places I go to don't offer a
nutritional chart, so I can remain blissfully ingorant as to just how
bad these drinks are.  I am especially often concerned about the boba
in the drinks, which is just a lot of starch and carbs.  So the idea of
having a chewy substance that is healthy and could substitute really
caught my attention. 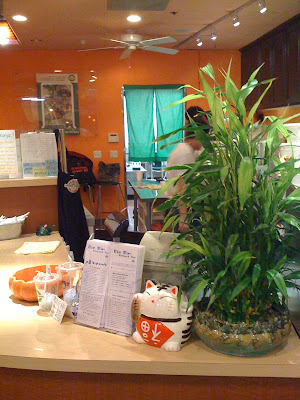 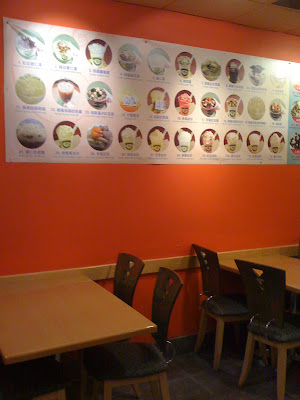 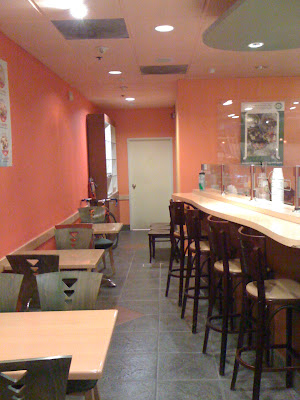 So on my most recent to Arcadia, I made sure to check out Bin Bin Konjac. I ordered a milk tea with konjac jelly.  I also ordered a shaved ice with taro balls and sweet rice balls.

The milk tea was really sweet, which I like.  I also loved the konjac jelly.  They were really chewy and I didn't miss the tapioca balls at all. 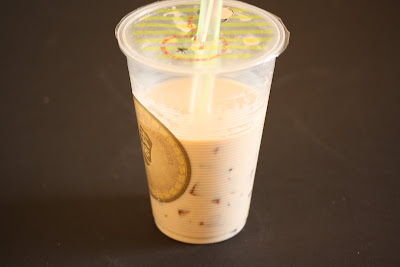 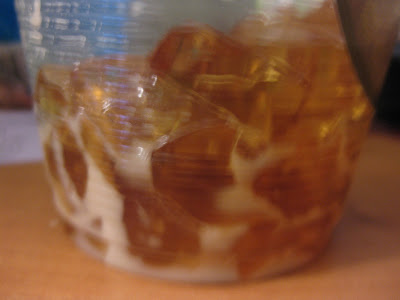 The shaved ice was a bit disappointing.  There was a sweetness that didn't taste quite right.  I didn't see anything other than condensed milk, but there was definitely something in there that tasted sweet, but didn't taste good.  Also though there were plenty of large taro balls, yam balls and sweet rice balls, the rice balls weren't quite right either.  They were too hard in the middle.  I really didn't enjoy the shaved ice dessert.  Now I know why Sinbala has such a long line for their shaved ice dessert. 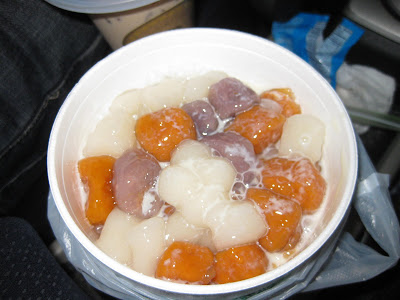