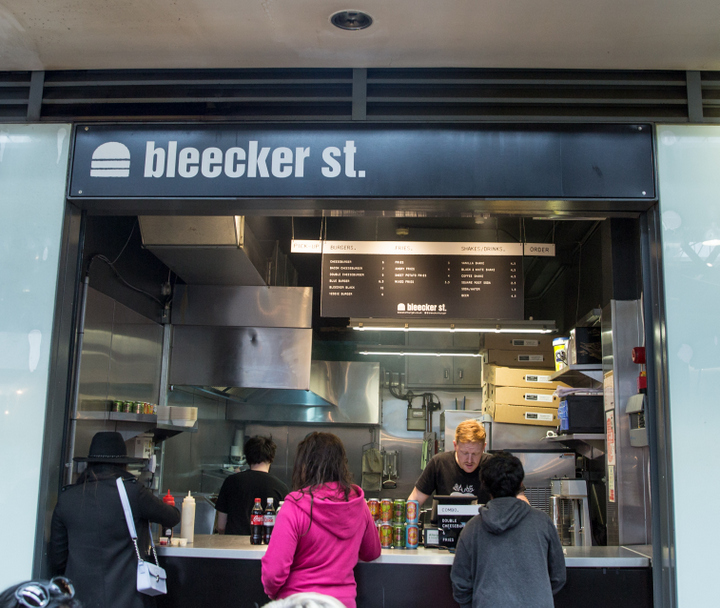 One of the best burgers I’ve ever eaten came from Bleecker St. in London.

You’d think the best burgers would be in the US, but I had quite a few outstanding American-style burgers in London, and the Bleecker Black burger is the one I still dream about and wish I got another taste of before departing.

Bleecker St., which is named after the famous street in Manhattan, was actually founded by Zan Kaufman, an American who left her job on Wall Street and decided to bring American burgers to London. They started as a food truck and recently opened two permanent locations. 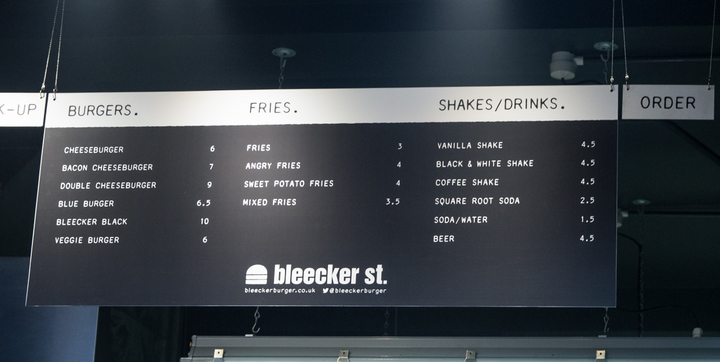 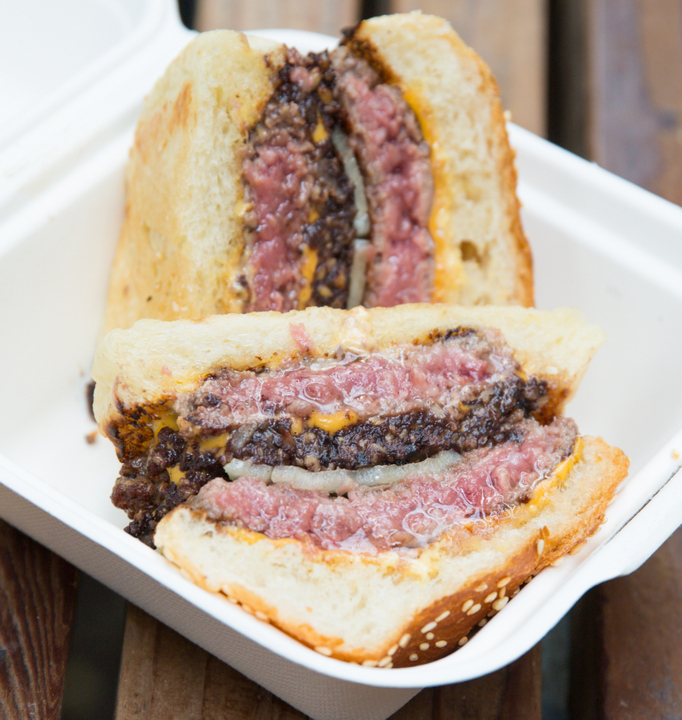 While there are several burger offerings, the one that has garnered the most attention and awards (including FoodieHub’s 2015 Tastiest Burger in the World) is their Bleecker Black burger. It consists of two aged beef patties, Irish black pudding, Bleecker sauce, American cheese and onions.

I was a little apprehensive when I first got my burger. It’s served already split open which made me freak out a little because I wasn’t able to get my whole burger shot. However, I’ve grown really attached to this presentation, showing just how juicy and perfectly cooked the meat patties are.

So what makes this burger so special? Well, first there are the two meat patties. Using beef aged 40-50 days, the flavor and depth of the patties is incredible. The patties are cooked to a perfect medium rare, with juices dribbling out when you cut them open.

In between the two patties sits a black pudding round, which is a nod to the co-creator’s Irish heritage. I’ve had a hard time adjusting to black pudding but for this burger, I thought it really worked. It added to the richness of the burger and I didn’t get any metallic aftertaste.

The rest of the burger components are solid too. The melted American cheese, the toasted soft sesame buns, and the Bleecker sauce brings it all together. This is one indulgent burger.

A funny San Diego side note. During our London trip we actually ended up chatting with the co-creator of the burger, Liam, during a FoodieHub breakfast gathering. He used to be a food blogger as well with his dedicated burger blog Burger Addict. When he found out we were from San Diego, he told us of his last trip to see the States with his wife. He had read about this amazing burger in San Diego and convinced his wife that they needed to drive to San Diego for a day just so they could try this burger. So they drove all the way down and the restaurant was closed! On a Tuesday! His wife was none too happy.

Turns out the place he was trying to visit was Carnitas’ Snack Shack. Now, I really enjoy Carnitas’ burger. It’s probably in my top three burgers in San Diego. But I don’t think it holds a candle to the Bleecker Black burger and I assured Liam he had not missed out as the burger he helped create is much better