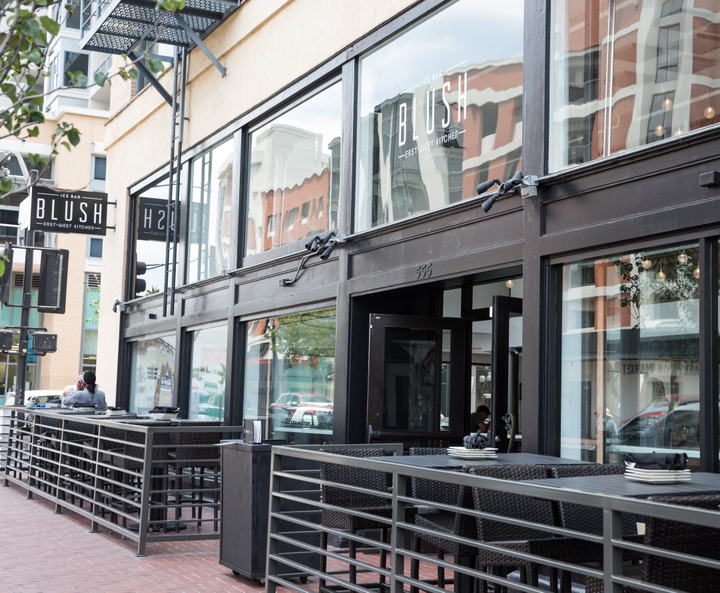 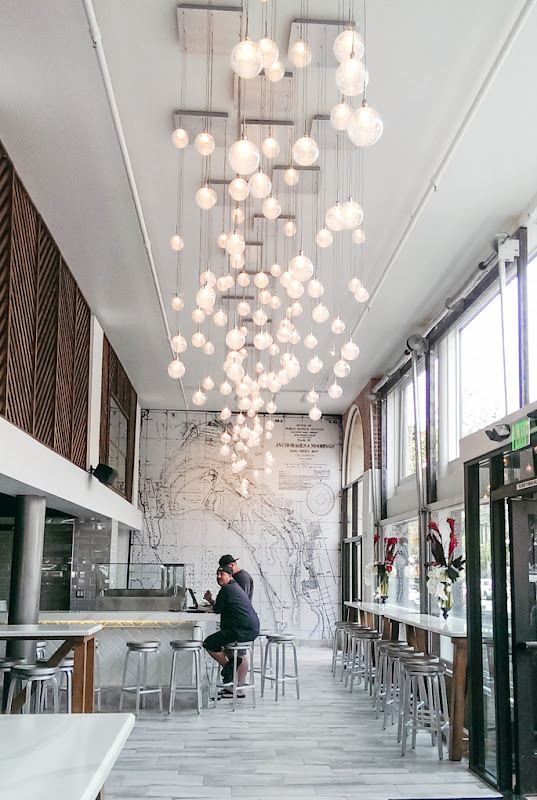 I have to confess, I was interested the minute I saw their signature pink Blush cocktail. They actually offer a range of blush cocktails, a mix of spirits, fruit puree and frosted ice and you can even build your own version.

I was also curious about the East-West Kitchen menu. We experienced Chef Barron’s food during one of his pop-up dinners a few years ago and had a good time. 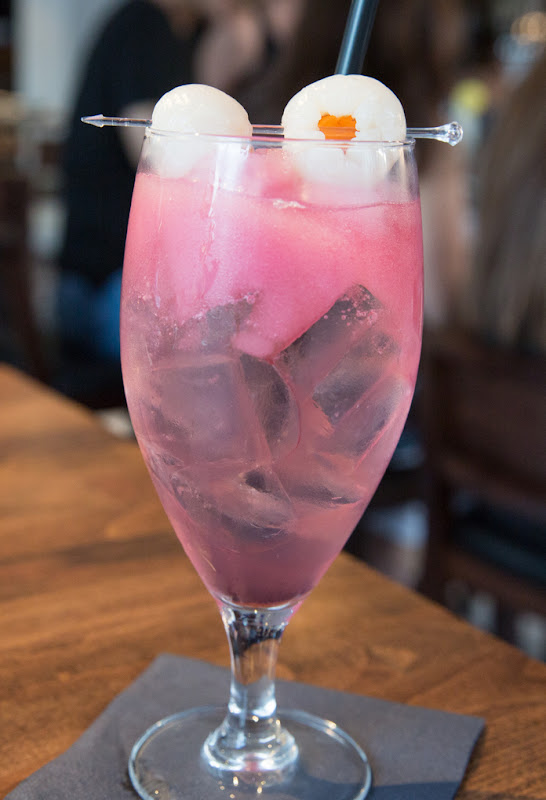 We tried three different blush cocktails and my favorite was the lychee. Made with Three Olives Vodka, Alize Red Passion and Soho Lychee, this drink was lovely shade of pink and full of lychee flavor. 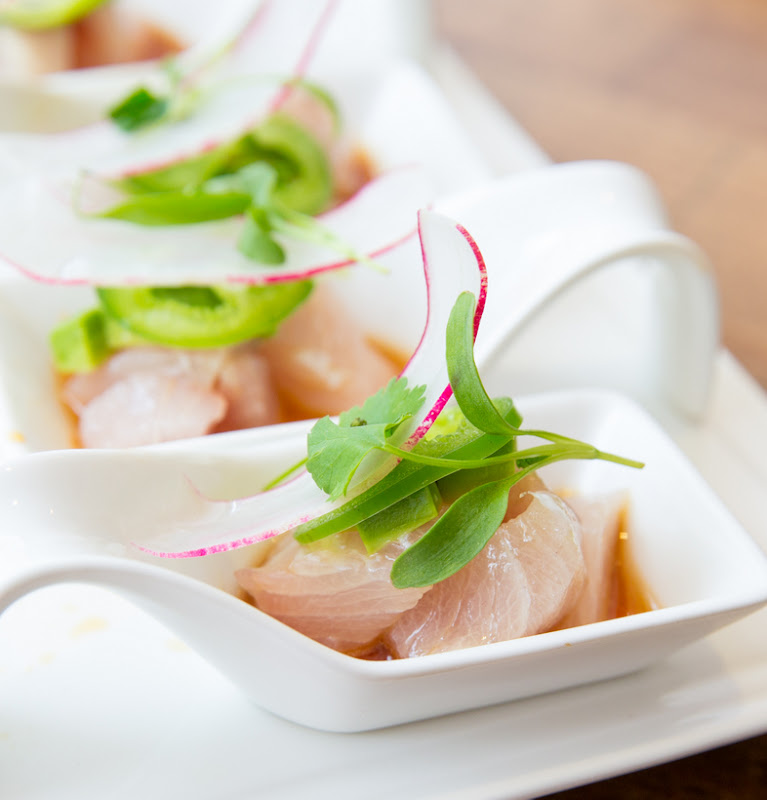 We started our meal with a bite from the raw bar. These spoons ended up being the perfect fit, where you could eat everything plated on it in one bite. I felt a little like one of the judges on the now cancelled The Taste show. 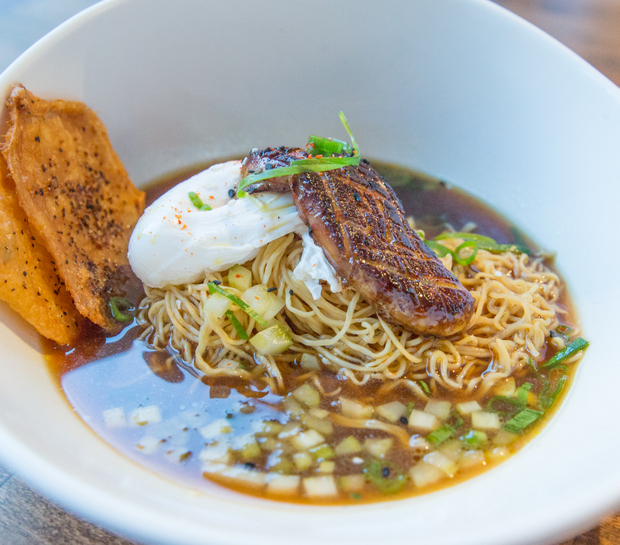 I completely honed in on this dish when I saw it on the menu and just had to have it. Crispy chicken skins, poached duck egg, seared foie gras, and bacon dashi broth. The dish promised a lot of flavor and it really delivered. We enjoyed all the elements, especially the chicken skins and foie gras. 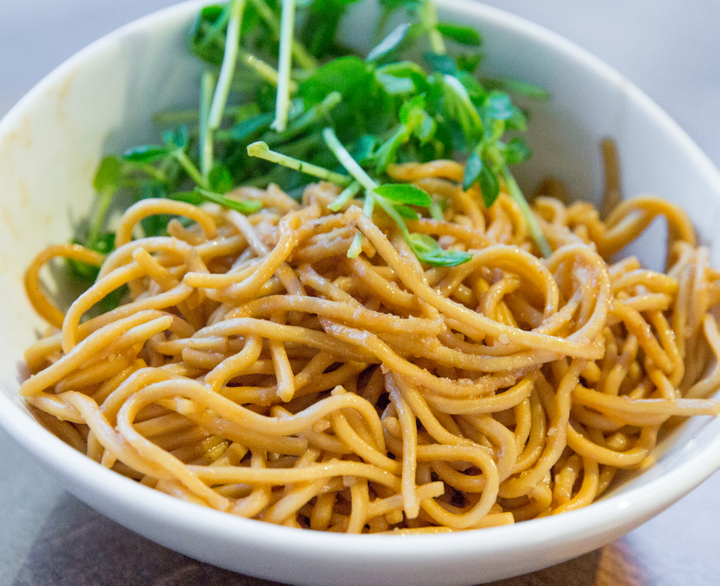 Whenever I read garlic noodles, I think about the famed garlic noodle dish I had at Crustacean in San Francisco (which I never did post on, but here is my take on the recipe). It appears East-West Kitchen was trying to create their own version of it because they also offered a whole roasted crab dish which comes with a side of garlic noodles, just like in SF.

Unfortunately, the noodles were far too salty. We tasted more soy sauce than garlic and felt like we needed a side of rice just to eat the noodles with. Interestingly, I didn’t see any rice on the dinner menu, despite the strong Asian influence in almost all the dishes. We loved that the Asian-style bbq pork was first smoked. You could see the pinkness on every slice. 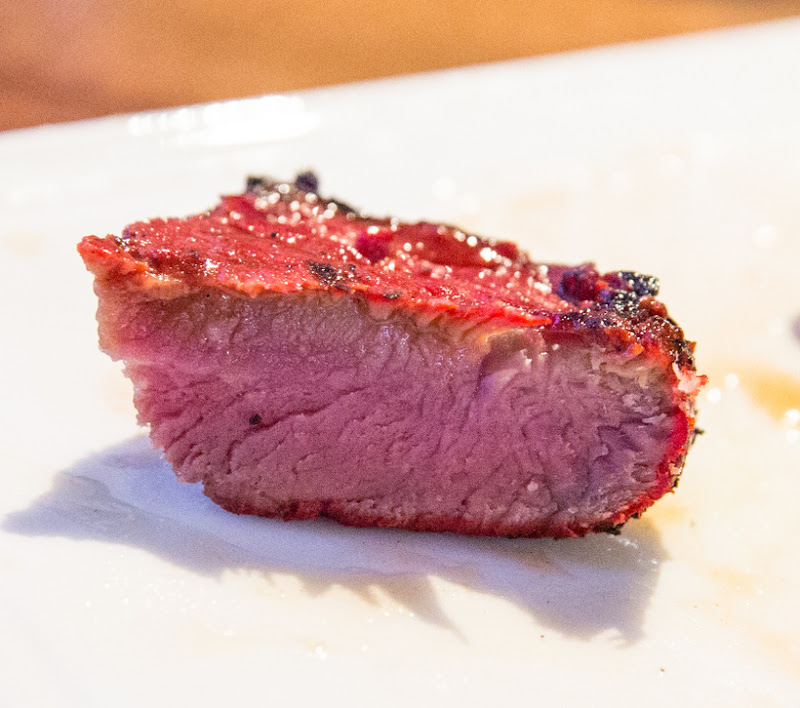 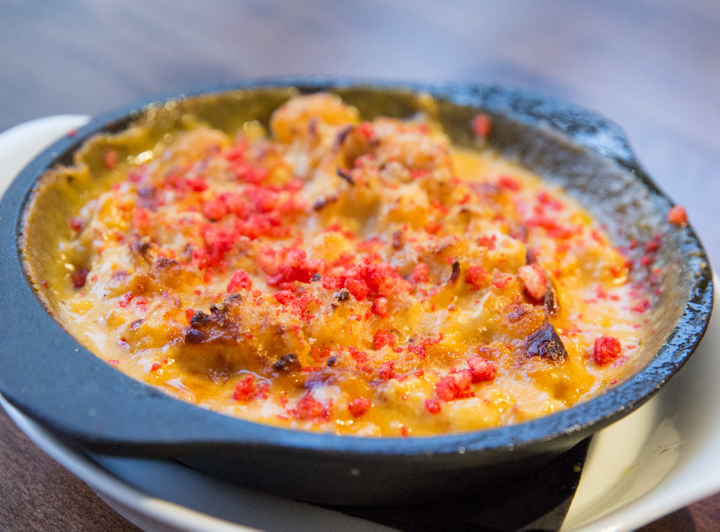 Since I love making cauliflower dishes, I was quite curious for this side dish. The description on the menu said it also had a “Szechuan and flaming hot Cheeto’s crust.”

The crust, however, just appeared to be a sprinkling of hot Cheeto’s crumbs on top. I didn’t really taste the cheetos beyond that and they didn’t really hold up well. The cauliflower gratin itself was very creamy and cheesy. It reminded me of mac n cheese, except replacing the pasta with small pieces of cauliflower. 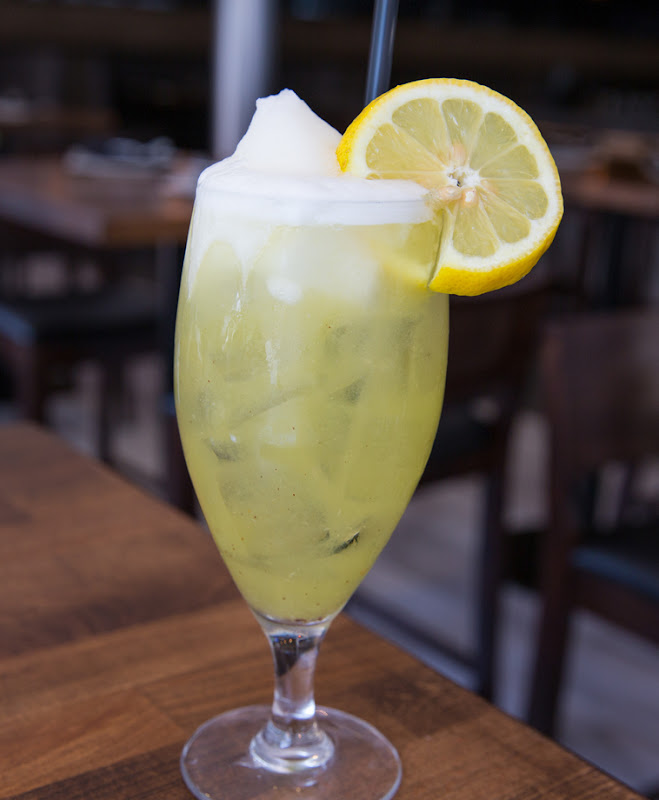 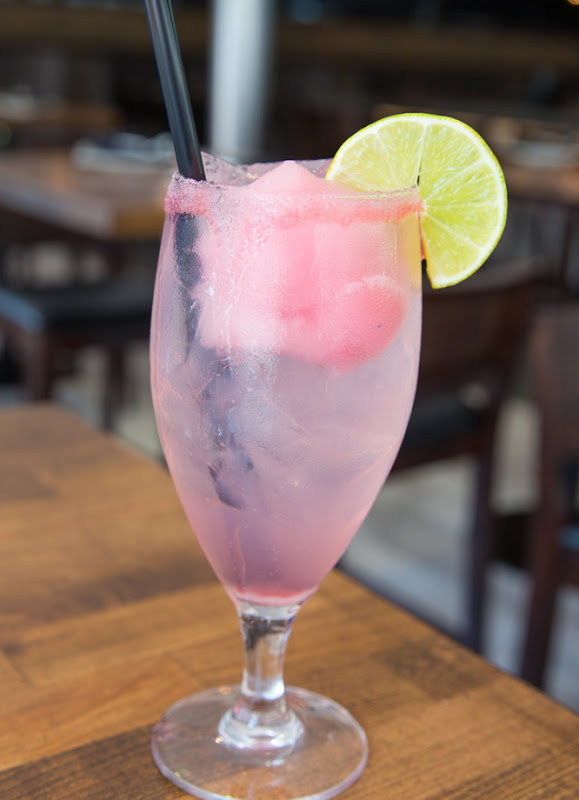 We also tried two other blush cocktails. The original blush is their signature one. Both tasted fine and I think it just comes down to which flavors your prefer.

Overall, I left with mixed feelings about this place. The restaurant just opened so I realize that some of the food issues could have been due to opening kinks. The signature cocktails, while pretty and fun, didn’t really taste that special to me. They use real fruit in their ice and purees, but the artificial flavors in the spirits made it hard to distinguish the natural fruit flavors. The food was also a bit hit or miss. We loved the ramen but felt the garlic noodles were too salty and that the other dishes were in need of rice or something similar to balance them out. We did like the generous portions though. We’ll come back again once the place settles in.

Tip: If you are here for the food, I’d recommend dinner over lunch. We originally planned on coming for lunch but the menu was a lot more limited, so we opted for dinner instead.