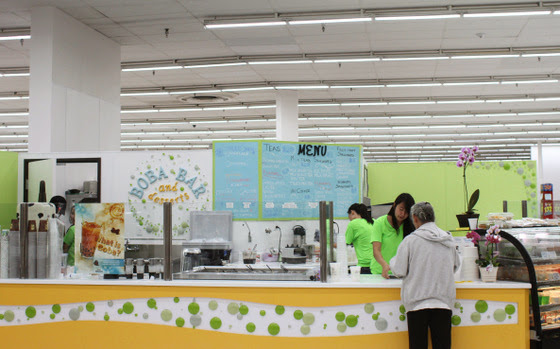 On a recent visit to Zion Market, I saw that Boba Bar and Desserts is now open.

The dessert spot offers a mix of Asian dessert offerings. They appear to be trying to do a little of everything. We saw a counter with several Vietnamese desserts. They also offer boba tea, ice cream, and snow ice! 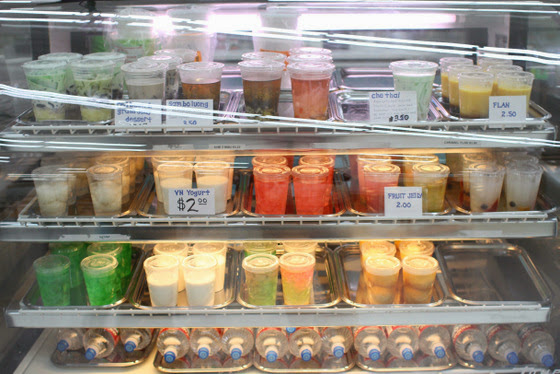 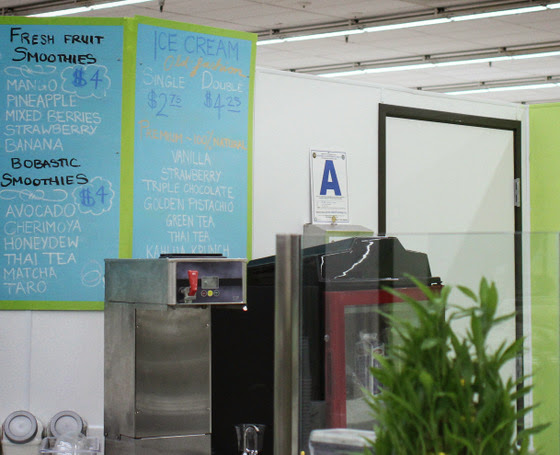 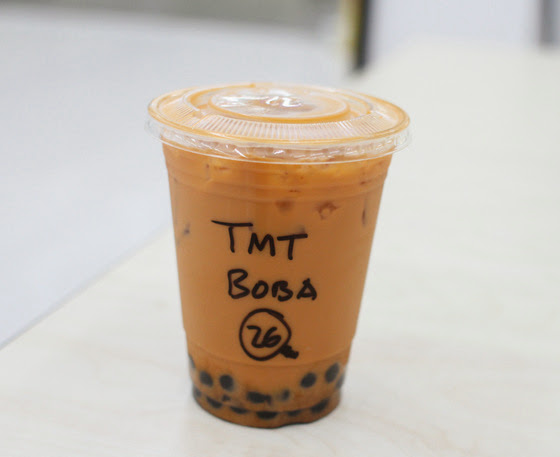 The tiger tea is a mix of Thai iced tea and Black Milk Tea. I was sort of hoping they could somehow layer it to look like tiger strips. Tastewise, this basically tasted like a less sweet version of Thai icced tea because of the black tea added in.

Of course I had to try the snow ice. 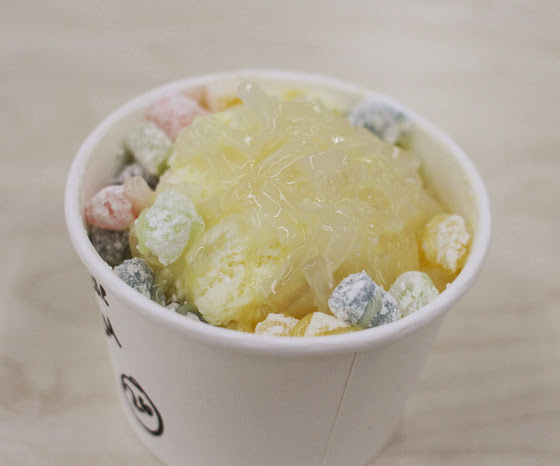 They currently only offer a few flavors (original, mango, strawberry and lychee), but the employee highly recommended the mango one. I had wanted to try the lychee one but she told us that they were still experimenting and hadn’t quite gotten it right yet with the flavor. 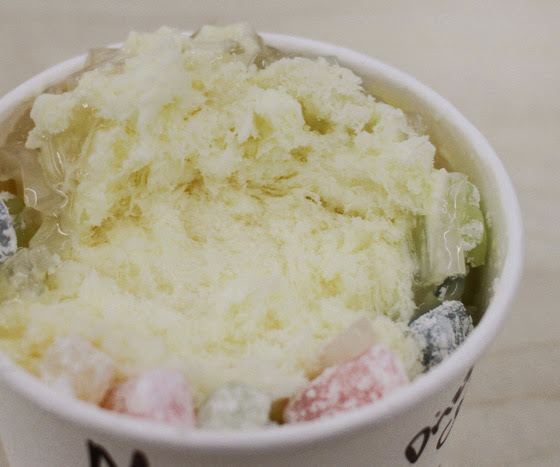 The deluxe (small) comes with two toppings ($4.00). We got mini mochi and lychee jelly. We also got it with condensed milk drizzled on top.

Unfortunately, the snow ice still needs some work. We noticed that they appear to be making their own snow ice rather than using premade ice blocks. Hopefully they will improve on it. It was a little too icy. The snow didn’t fall into thinly shaved ribbons. I did like that it wasn’t a very artificial orange color, though it did taste like they just added mango syrup. 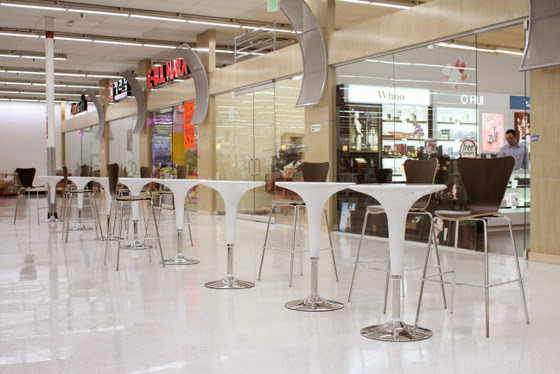 I probably won’t be coming here to get my snow ice fix, but I love that there is a dessert place now in the food court and it’s so convenient to stop by after doing some grocery shopping.

10 comments on “Boba Bar and Desserts”