We recently revisited Bottega Americano to check out their brunch menu. We’ve previously enjoyed our dinner visits as well as the desserts in their marketplace section. Brunch is such a big part of the San Diego lifestyle and it’s always fun to see the creative takes restaurants are offering.

Brunch was previously served only on Sundays but recently was expanded to also include Saturdays. 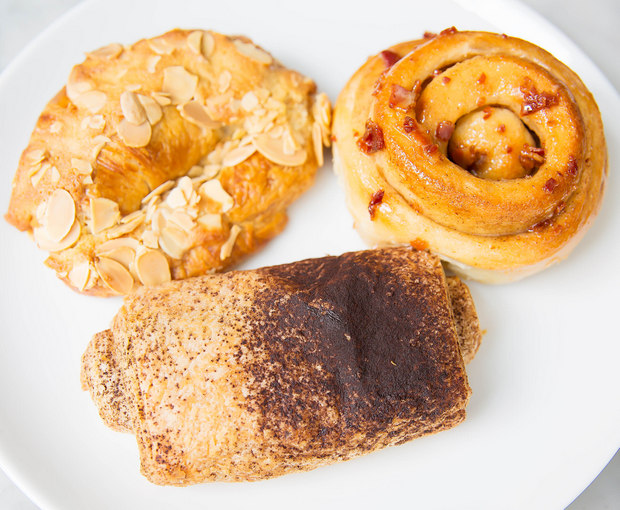 After we placed our orders, the server brought over a selection of fresh baked pastries to tempt us with. The pastries are cleverly priced at $4 each or 3 for $9. I already had two that caught my attention so it only made sense to get that third one.

All were good, but my favorite was the almond croissant. It was buttery, flaky, with a rich nutty flavor. I’ve always found French almond croissants to be far too sweet, covered in powdered sugar and filled with a sweet almond paste. This version was much less sweet, letting the true almond flavor to really shine through. 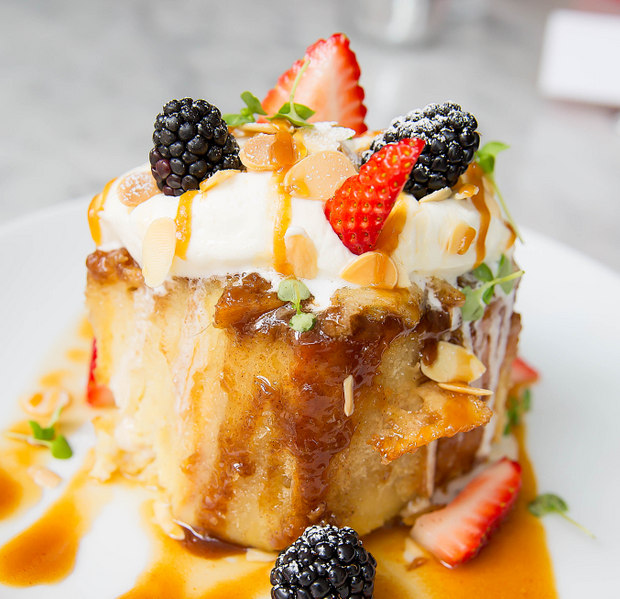 This beautiful creation is the reason why I wanted to come here for brunch. I first saw a photo of it on Instagram. It reminds me a lot of the Taiwanese style brick toast creations I’m so obsessed over.

The large cube of toasted is filled with mascarpone whipped cream and topped with fresh berries and almonds. The toast is actually made up of several smaller strips, all which have been evenly soaked in egg batter and cooked, before being reconstructed again.

It was a very creative and lovely take on Baked French Toast and I plan on recreating my own soon. 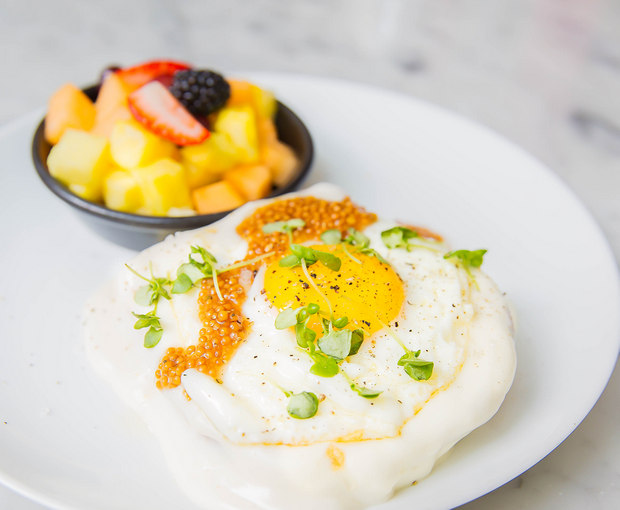 Croque Madame is a variation of Croque Monsieur. When topped with a fried egg, it becomes a Croque Madame. In the past, we’ve found versions of this sandwich far too salty. This one however, was well balanced and much more to our liking. It had a delicateness to it which I usually don’t associate with this sandwich. Sourdough, topped with prosciutto cotto, fontina, mornay sauce, fried egg, and pickled mustard seeds. It’s also served with a side of potatoes of fruit. 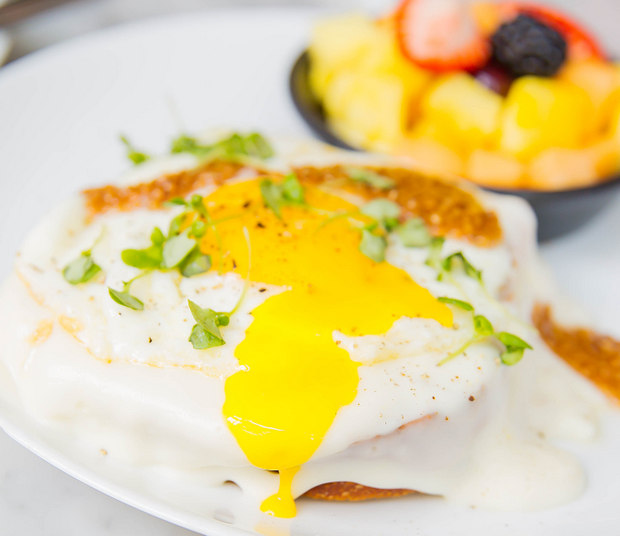 Shockingly, Mr. K chose fruit. He told me he thought it would look better in the photo.

Overall, we had a nice and relaxing brunch here. We enjoyed our food, the menu had a good selection of brunch items, and the service was attentive.