Cafe Hielo is a Korean dessert cafe that opened recently.

It specializes in shaved ice, so of course I had to check it out. This is the most popular item so we decided to try it out. Shaved ice is topped with cubes of mango and cheesecake and drizzled with condensed milk. You also have a choice of vanilla or green tea ice cream. The ice was also served with an additional side of condensed milk. 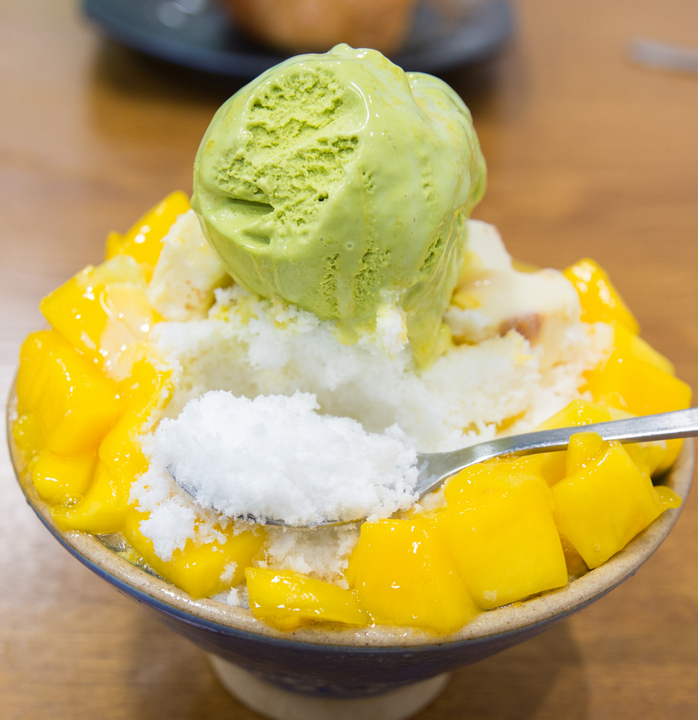 Because of the word “ice snow,” I was expecting the Taiwanese style snow ice which has become popular in San Diego. Instead, this appeared to be regular shaved ice, just finely shaved. The ice itself had no flavor so the side of condensed milk was much needed.

The mango and cheesecake pieces made for a nice combination. 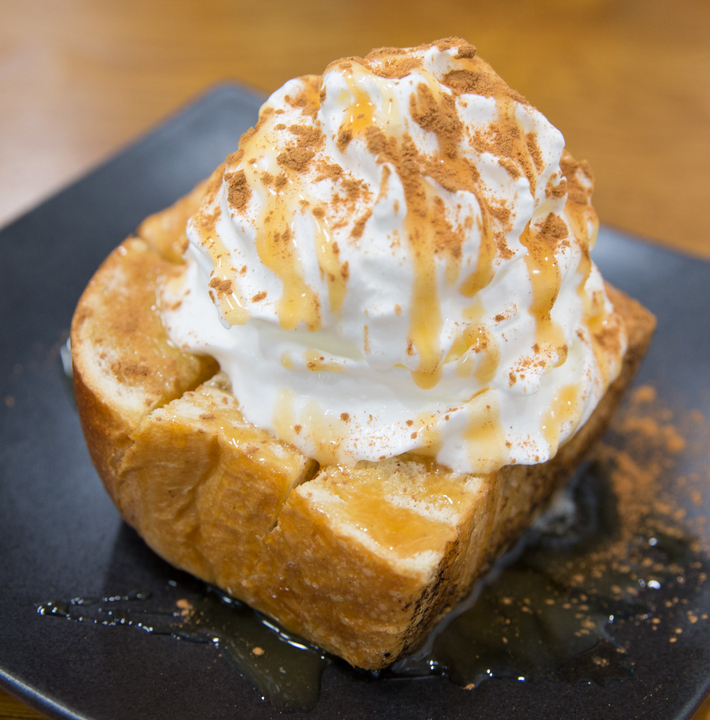 We also chose to try the honey toast, which is topped with whipped cream and cinnamon. While the toast was well prepared, with each piece having a good crunchiness and a nice balance of honey, I was a disappointed that they chose to give us the end piece of toast, leaving us with far too much unwanted crust and less of the fluffy part of the bread. I also though the amount of cinnamon was overkill, and I had to be careful to eat the toast without accidentally inhaling too much cinnamon powder.

Overall, we had an okay time here. Both items were ordered had enjoyable elements and things I hope they improve on. We’ll give the place a few more months to settle in and then try it out again.