California Donuts opened a few months ago. I was curious about this little store, especially when I heard about their “California Dozen” of 14 donuts. 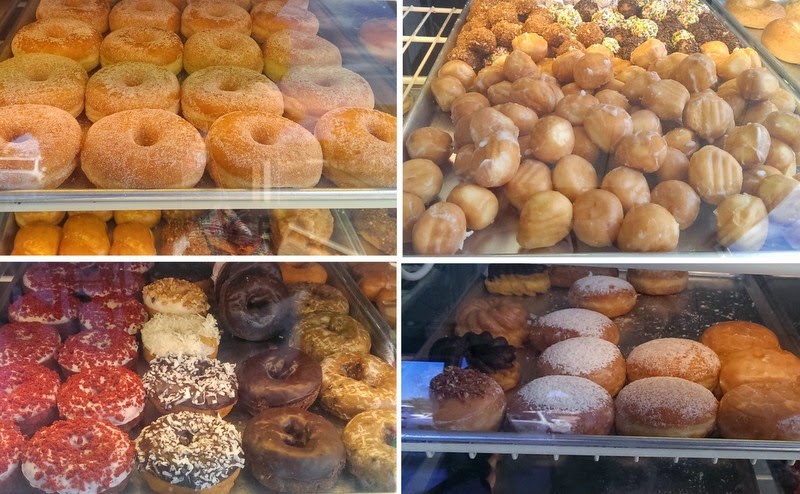 This shopping plaza will also house a future Rita’s Ice, which we already saw in the works.

When we visited California Donuts, the donut display was quite full. There were all the usual suspects as well as a few less common ones like blueberry donuts and red velvet donuts. They also had five different flavors of donut holes. 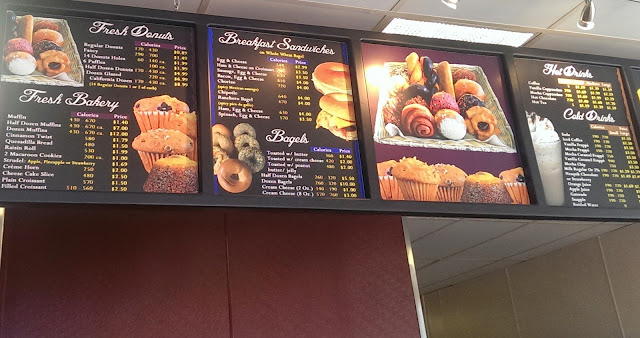 The donut prices were pretty reasonable. but I was definitely drawn to the California dozen, 14 donuts for $8.99.

All of the donuts on display, except for the top row of specialty oversized donuts, could be selected from.

Here was our selection (don’t worry, we did share!) The boxed used for the California dozen wasn’t very roomy so many of the donuts got a little smashed once they were packaged.

Of the donuts I tried, I preferred the cake donuts over the yeast ones. While all the donuts tasted fresh and fluffy, there was an aftertaste that got more noticeable with each bite and was especially apparent in the yeast donuts. I’m guessing it is the oil used to fry the donuts. I don’t know what oil they used, but it left an unpleasant aftertaste and a film in my mouth. 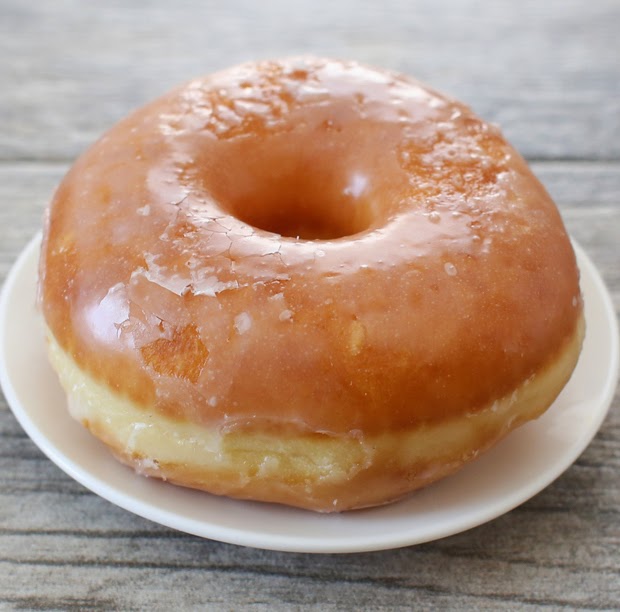 If it wasn’t for the strange aftertaste, I would have enjoyed these donuts more. My favorites were the blueberry and the buttermilk bar. I found the blueberry to be especially flavorful and light. 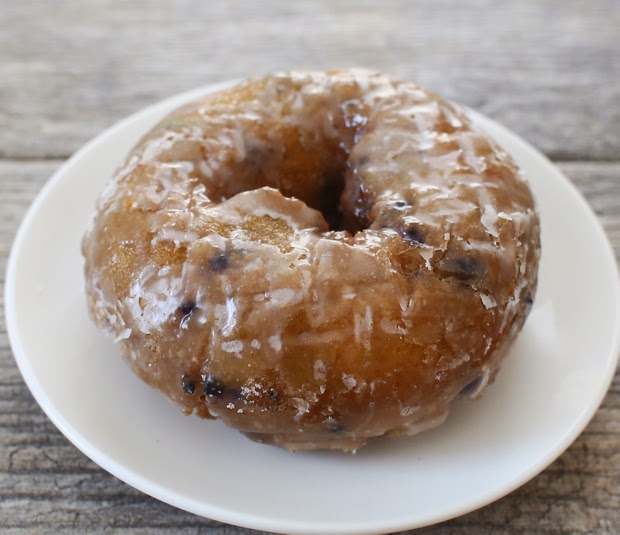 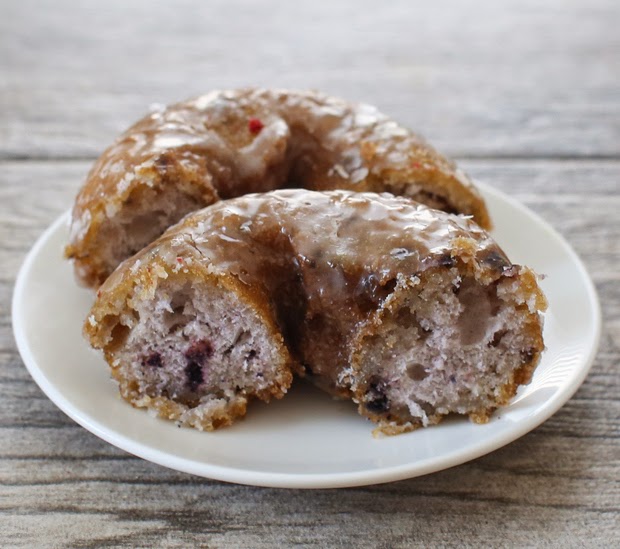 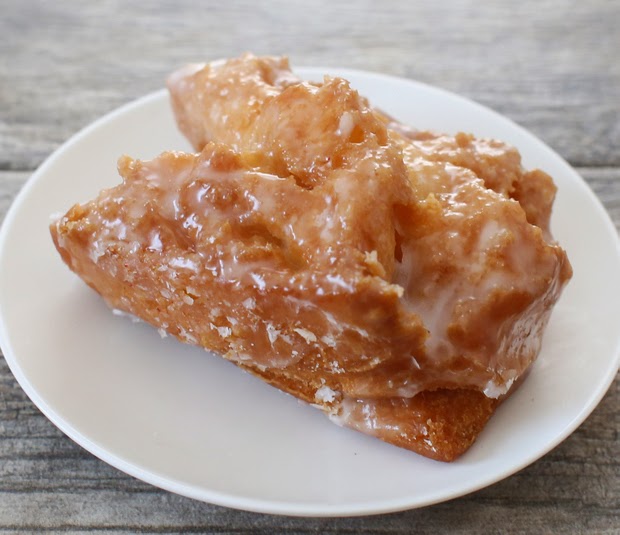 Some of the most disappointing were the red velvet and the French cruller. 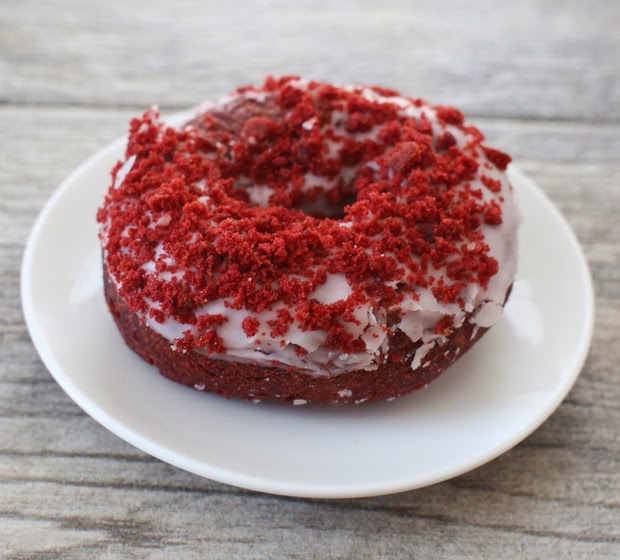 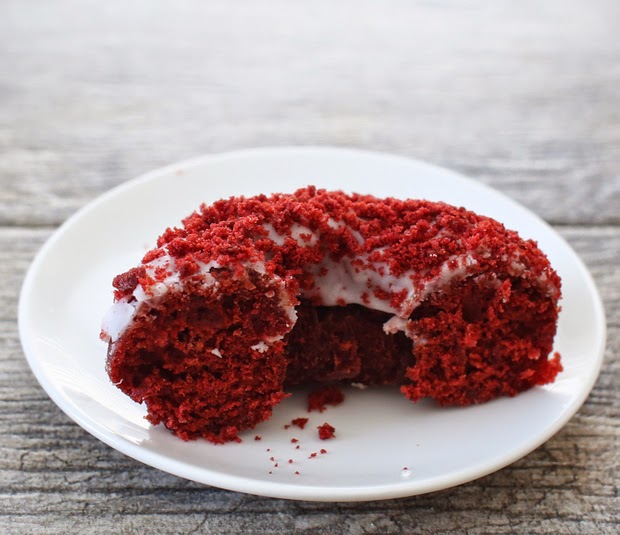 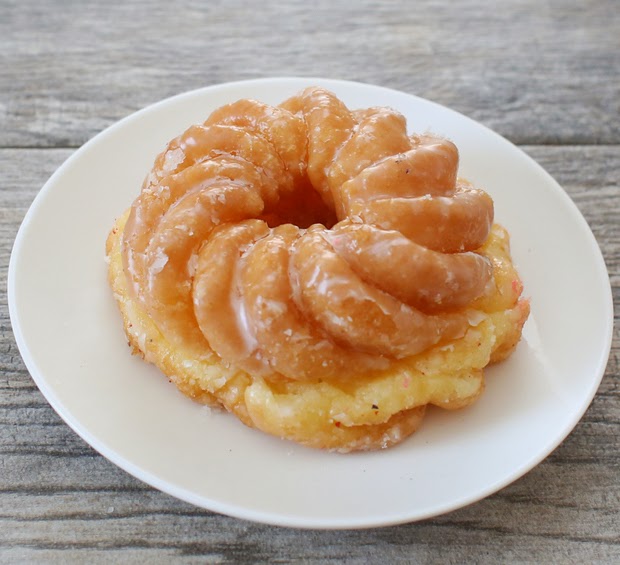 The red velvet was moist but didn’t taste like red velvet. The French cruller was extremely eggy and wet.

The customer service was friendly when we visited and I found the prices to be very reasonable. But I simply could not get over the aftertaste of the donuts.