by Kirbie
1181shares
Jump to Recipe 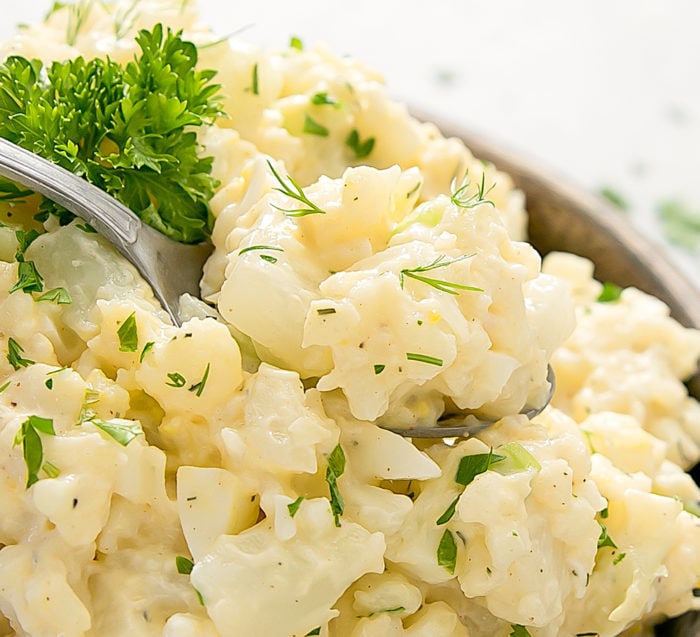 I’m really excited to share this cauliflower potato salad with you today. Summer is just a few days away which means BBQ season is full swing. I can’t imagine a bbq party without potato salad. What I love about this potato salad is that it tastes very similar to a classic potato salad but it doesn’t leave you feeling heavy and full of carbs after. 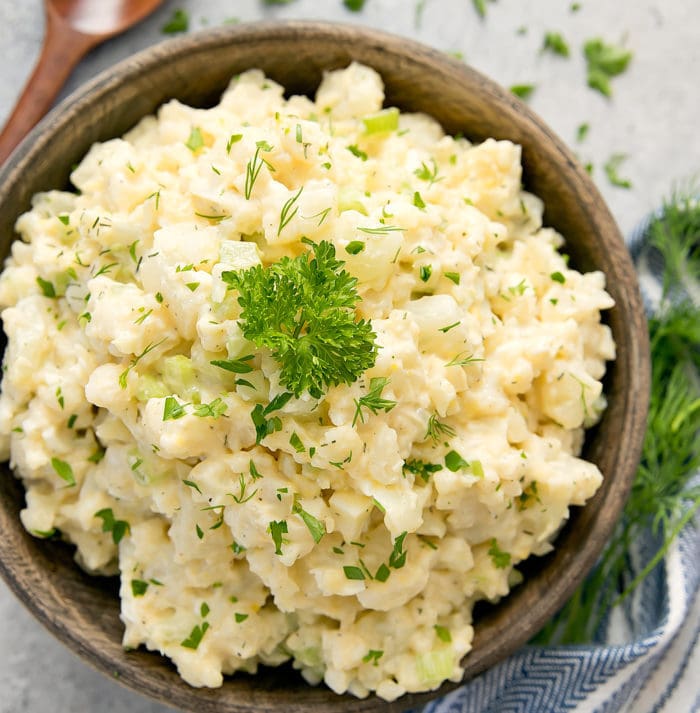 This salad basically replaces potatoes with cauliflower. The cauliflower is cut into small pieces and cooked until very tender, so that it resembles the texture of cooked potatoes. I tried to cut my cauliflower to about 1/2 inch pieces. I also cooked them longer than I normally would so that they would be very tender. Once it is done cooking, the cauliflower will be a little watery so you want to thoroughly drain them from the water and pat dry to eliminate as much water as possible.

The cauliflower is then mixed with all the ingredients you would normally find in a potato salad such as eggs, celery, dill, mayonnaise. Most of a potato salad’s flavors come from the dressing anyway, so you barely notice that the potato isn’t there.

I’m not saying anyone is going to be fooled. I can still tell I’m eating something other than potatoes–but the tangy creamy dressing is the star and this satisfied my cravings for potato salad. 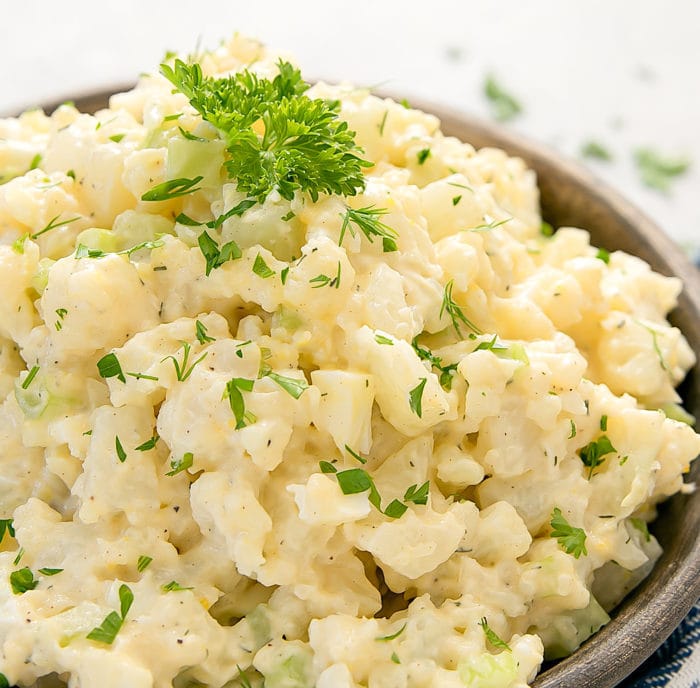 Did you make this recipe?I'd love to see it! Mention @KirbieCravings and tag #kirbiecravings!
1181shares
Posted in: Cauliflower, Low Carb, Recipes, Salads
2 Comments // Leave a Comment »