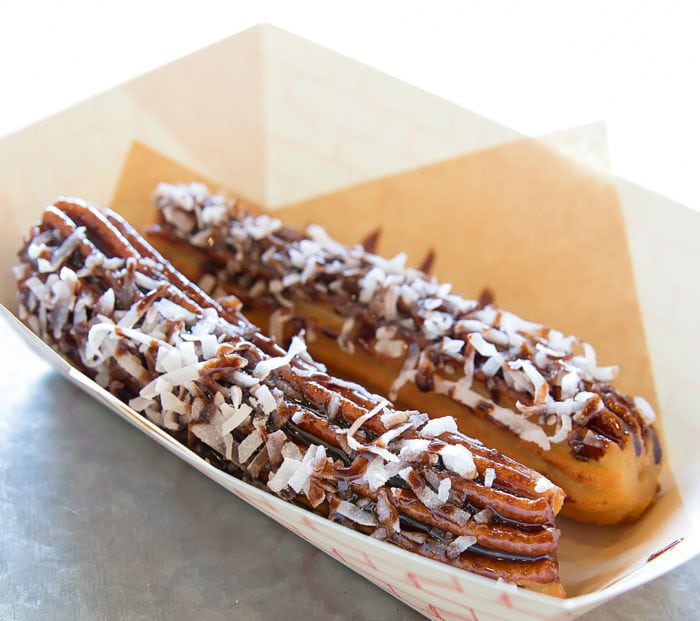 The cafe occupies the space formerly occupied by Cafe Stems. The owners kept most of the interior intact, from the tables to the oversized swing seats. 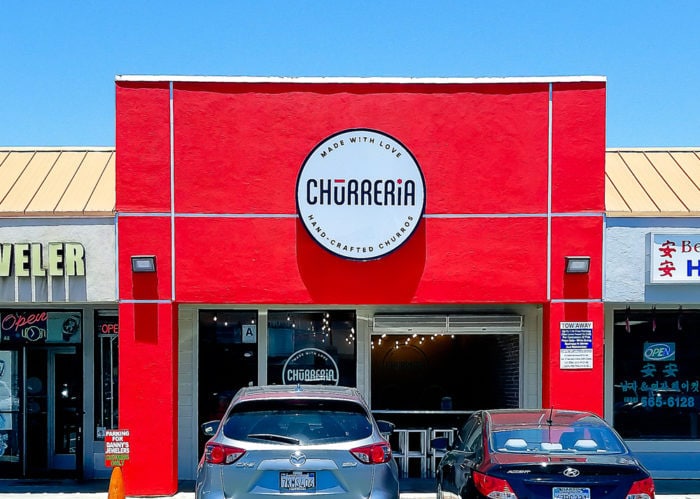 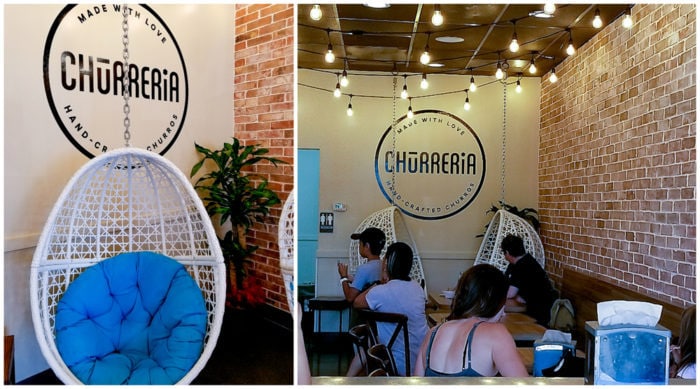 During my trip to Barcelona a few years ago, I fell in love with Spanish style churros. I tried as many cafes as possible and ate at least a dozen everyday. I often make them at home as well, but I was definitely excited by the prospect of a dedicated churro cafe in San Diego.

The menu consists of both plain churros for dipping and filled churros. Since this place makes Spanish-style churros, I was a little surprised to see that the coating choices for the churros were no coating or cinnamon sugar. Usually the choices are no coating or just sugar. The cinnamon topping is more something you’ll find with Mexican-style churros. 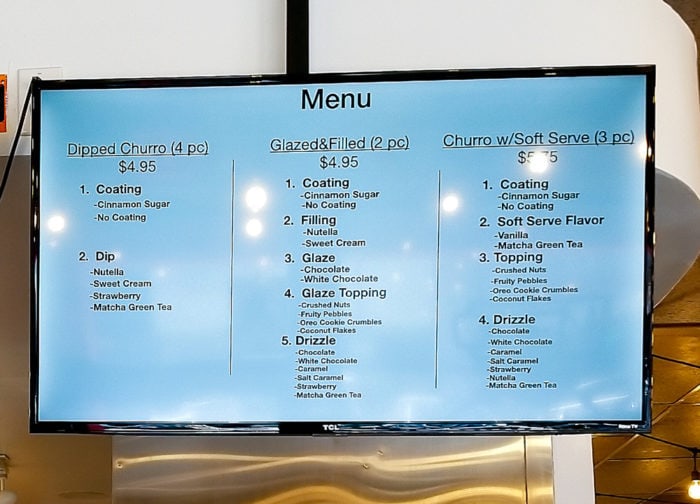 I was also searching for hot chocolate on the menu, but didn’t see any. I love dipping my churros in Spanish-style thick hot chocolate, so I was a little disappointed that it isn’t yet offered here.

The churros are made fresh to order and it was pretty fun watching them being made. 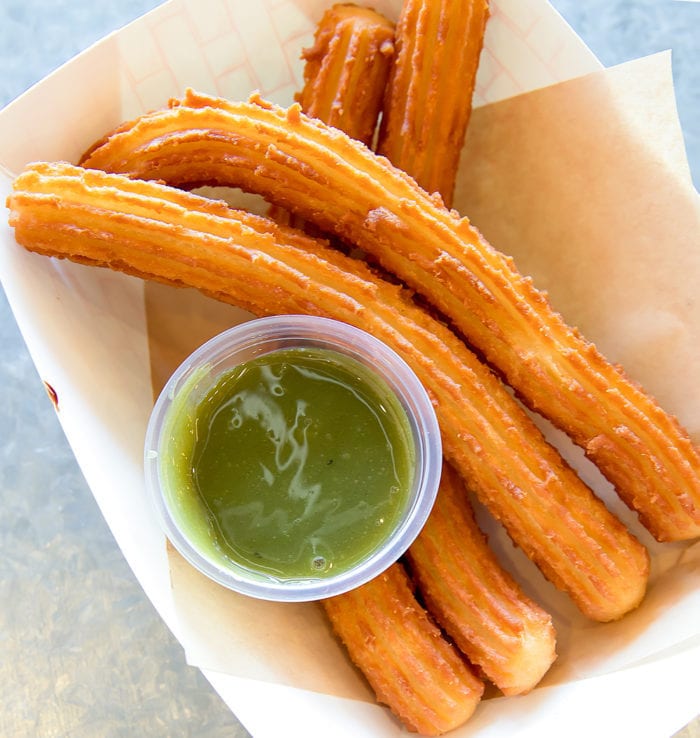 I order the churros with no coating. The churros themselves were hot, fresh and tasted like the ones I had in Spain.

However, I didn’t really like how the dipping sauces were just small containers of sauce. As I previously mentioned, in Spain the churros are usually eaten with espresso or hot chocolate, so when you dip the churro, you dip the entire churro. This was more like dabbing fries in ketchup. I would love to see them create an almost drink-like matcha sauce served in espresso cups, so that you can properly dip and coat your churro.

We also tried the filled churros. The churros had a great texture, crisp on the outside and soft and creamy on the inside. They also had just the right amount of filling. I would like to see more filling options offered though instead of just two.

Overall, we liked the churros here though I was a little frustrated with their desire to be both a Spanish-style churro cafe and trendy dessert place. I have no problem with trendy churro places but I go into those places with different expectations. Here, I felt they are making a good churro, but diluting their quality by trying to do too much. But I do realize the cafe is still in soft opening phase and that there can still be adjustments and changes to their menu based on the response of their audience. I hope they are able to succeed.

2 comments on “The Churreria Cafe”