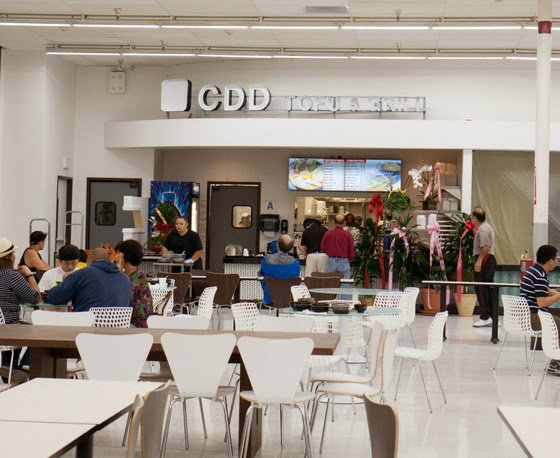 After shopping at Zion, we went to check out the food court to see how it is developing and also decided to grab a meal at CDD Tofu & Grill, which was the first spot to open in the food court.

Now there is also an “Off the Wok” and there is a sign for a “Hong Kong Ban Jum” coming soon. Off the Wok appears to be fast food American Chinese food. Mr. K is wondering if the Hong Kong Ban Jum is going to be something in between Korean and Chinese given the name and its location right between the two. 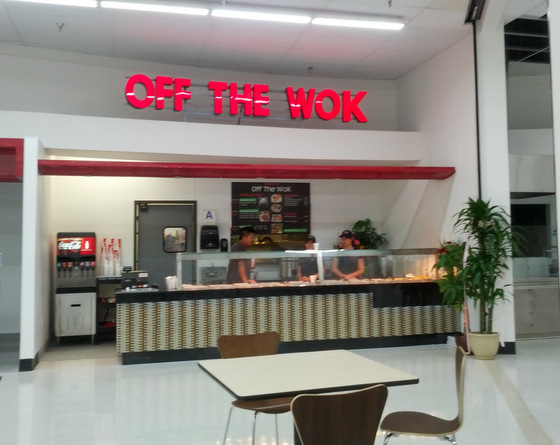 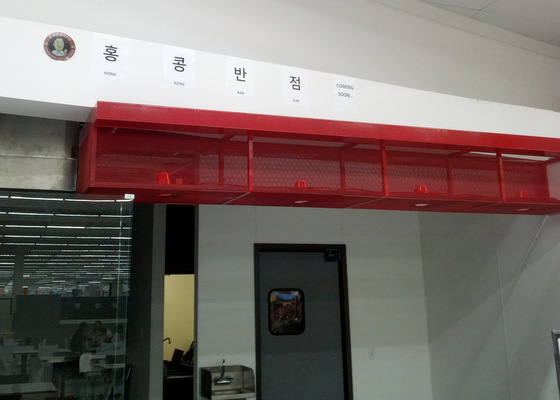 It seemed everyone in the food court wanted to eat at CDD, with no love going to Off the Work. While I felt bad for them, their menu just didn’t seem very appealing to me, so I got in line to order at CDD.

The menu consists of various tofu stews and also combination meals consisting of Korean bbq meat with the tofu stew. At first, I thought the combination meal looked quite expensive (around $15-16 during dinner and $2 less during lunch) until I realized that the combinations came with a full sized tofu stew. Mr. K and I realized we could have easily split a combination (meat and rice for him, tofu stew for me), which would make our meal quite cheap. We’ll have to do that next time. 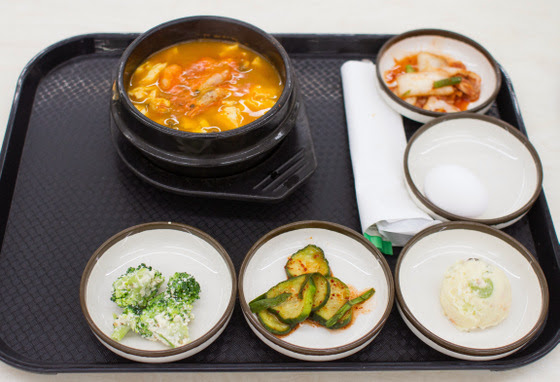 I chose the seafood tofu stew. It comes with four different banchan dishes (a broccoli and egg mix, potato salad, kimchi, and cucumbers). It also comes with a raw egg which you can crack in the beginning into the steaming stew. 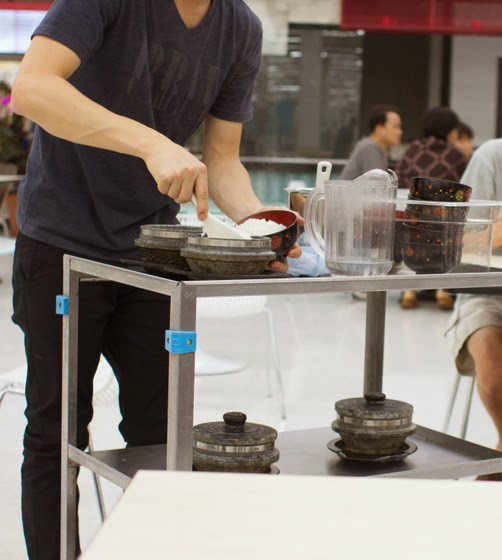 The rice was dished out in an interesting manner. One of the staff walked around with a cart with steaming rice and stone pots. After you get your food, he comes over, dishes out the warm rice into a bowl, then pours some tea into the rice pot so that you are able to remove the rice from the edges of the pot. I’ve actually never eaten rice this way. 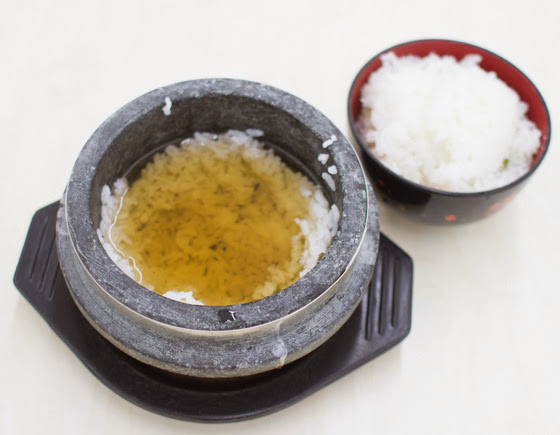 The tea rice was interesting. Even though it was cooked in a stone pot, it didn’t really develop any crispy edges. The tea was cold, causing the rice to be lukewarm. It was a little like eating rice porridge. I think this would have been more enjoyable had it been served hot. 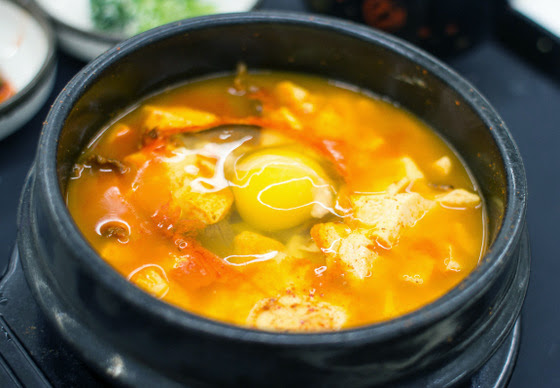 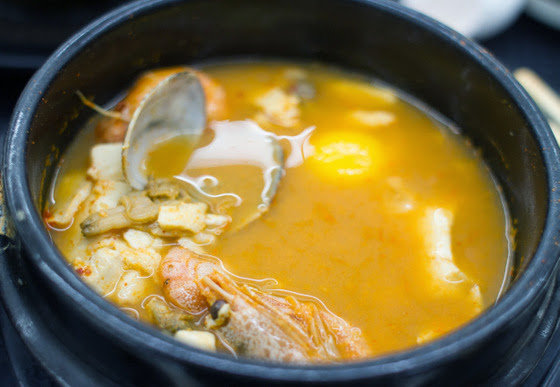 The tofu stew was pretty standard but enjoyable. It had already stopped bubbling by the time our order was called. This highlights the biggest issue we had with the fast food court experience- the food wasn’t as hot as it usually is when you get it at the restaurant. Nevertheless, it was hot enough to barely cook the egg whites and leave the egg yolk runny. If you like to cook your egg yolk, then you might have been out of luck because the stew wasn’t hot enough for that. Mr. K ordered the bulgogi combo which comes with your choice of tofu stew. He chose the original with beef. Like I said, this was a lot of food, and could have easily been enough for lunch for the both of us. 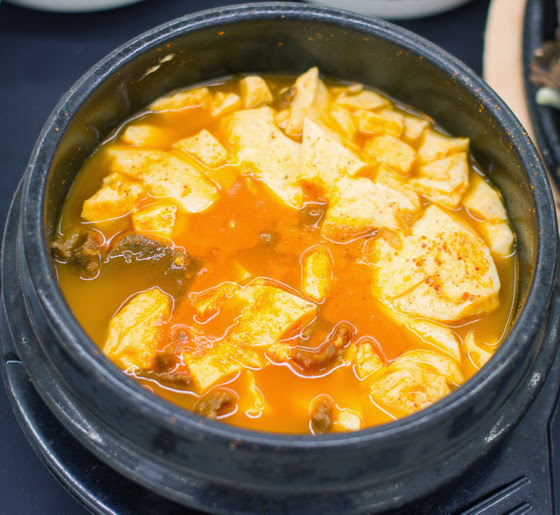 The bulgogi plate is smaller than a standard entree portion. Our one critique once again was the temperature. The bulgogi was warm, but not super hot and definitely not sizzling. It was also piled up on a tiny cast iron plate, which caused a lot of the top meat to cool quickly because it was piled so high.

Overall, we actually really enjoyed our time here. We’ve been happy with the way the new Zion is shaping up, and are finding less and less reason to shop at H Mart. We prefer the food court at Zion and can’t wait to see the other new places that open up. After having several not-so-great Korean restaurant experiences in a row, this was a happy change.