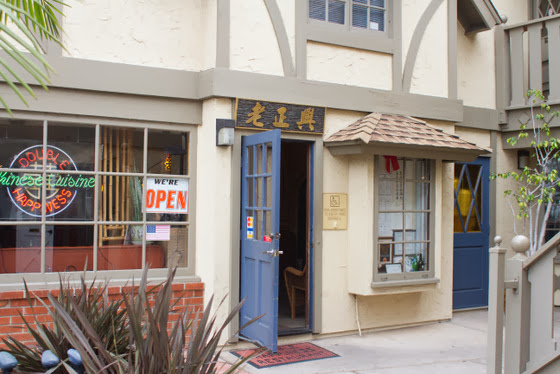 This weekend, we went to check out the Chinese breakfast offerings at the new Chef Zhu.

Chef Zhu, opened by the previous chef/owner of Shanghai City, recently replaced the former Double Happiness restaurant in Del Mar. The restaurant still seems to be in transition in getting rid of the former menus and signs, but it was definitely up and running and serving Chinese breakfast. I first read about it on Eater. I recall that Shanghai City did used to serve some breakfast items but I can’t remember how I felt about them. 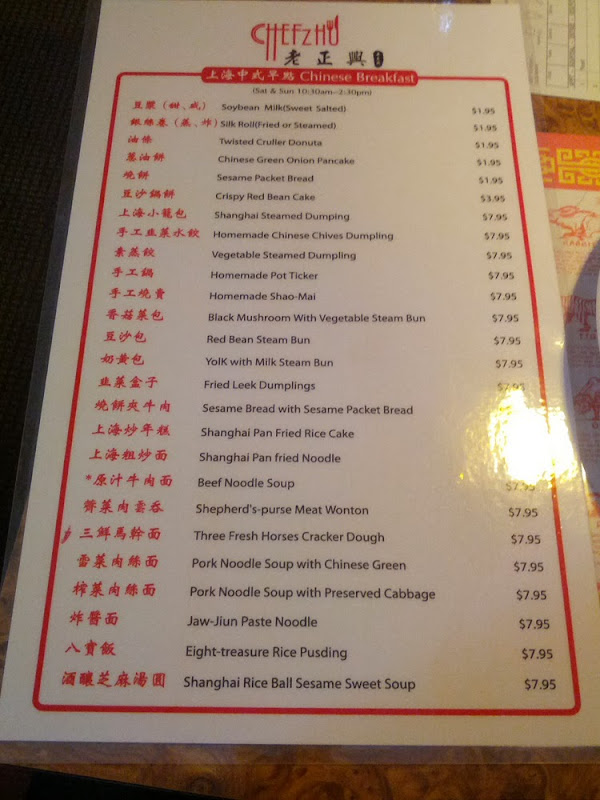 While Chinese menus are always notorious for their mispellings, this one had quite a few more than what I usually find in San Diego. I always wonder how this happens. I have this image of someone on a computer frantically typing out the menu and not having time to proofread before having to print for the presses. 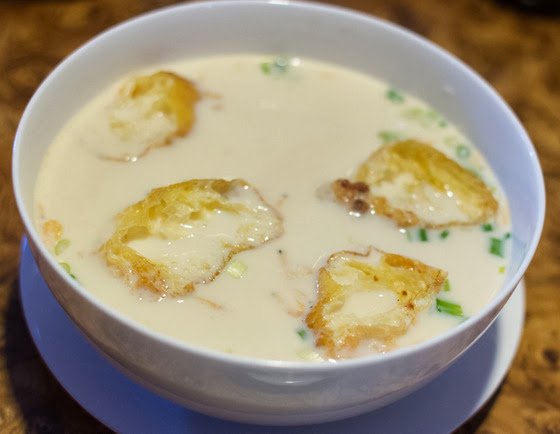 We started out with a bowl of salty soybean milk. I felt this was too bland. 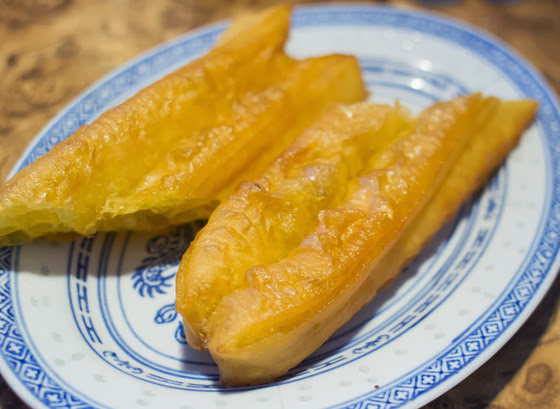 While crullers are literally called “oil stick” in Chinese, this one was even more oily than usual. It was like a sponge that had managed to absorb as much oil as possible during the frying process. 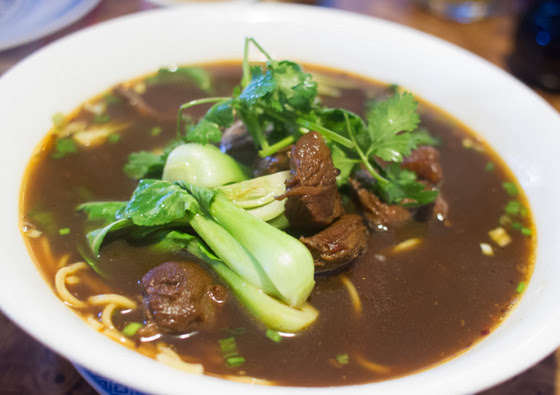 The anise flavor was quite strong in this soup. It had a decent beef flavor and the noodles were a nice al dente. I thought this version was comparable to the version at Chin’s. One thing though, when I had some later after it had cooled off, the beef flavor in the broth was much weaker. 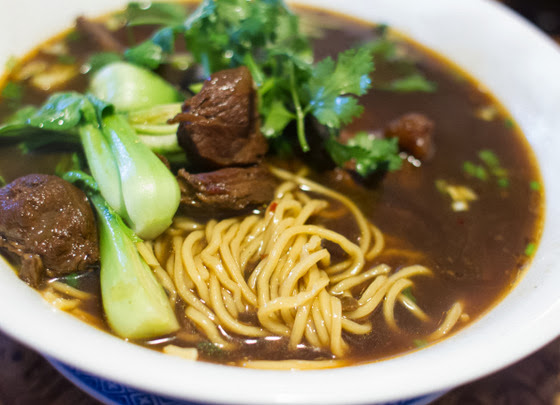 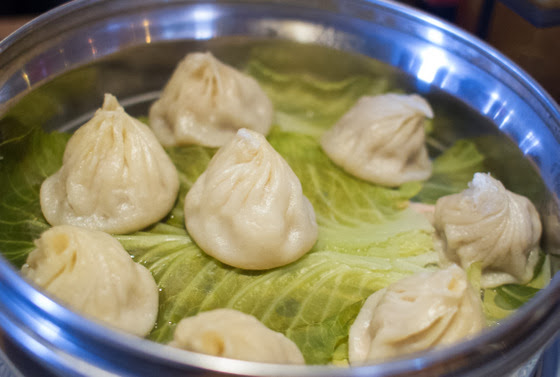 I’ve yet to find a good version of pork soup dumplings in San Diego. Unfortunately that patten continues. There was a decent amount of soup and flavor in each dumpling. However the skins were way too thick. They were like more like eating regular dumplings with thick, handmade skins. Mr. K disagreed though. He thought the flavor was good enough to make the thick skin forgivable 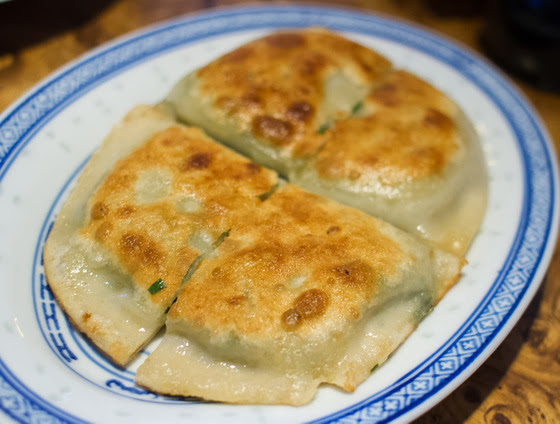 The leek pies were pan fried nicely so that each one was golden and crisp on the outside. Inside it was stuffed with chives and clear noodles. I would have liked a little more egg in the stuffing. 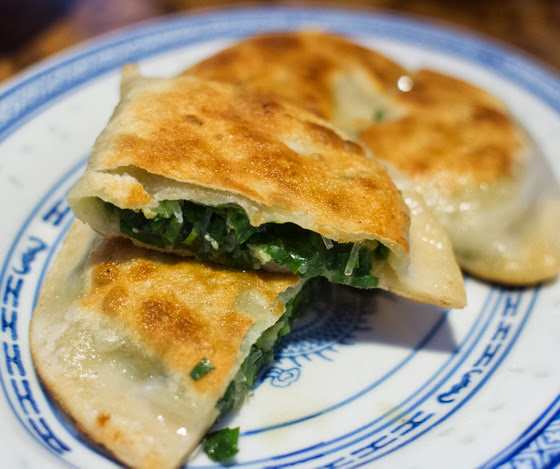 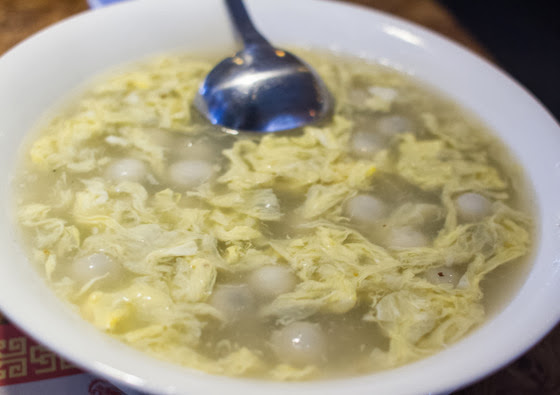 This is one of my favorite dishes and so I can never resist ordering it. While the black sesame filled rice balls were delicious, the wine brew soup itself was too watered down. There wasn’t much sugar or fermented rice wine flavor in the soup and it just tasted like eating sweet rice balls in a bowl of water.

The servers were quite nice here and we did have a few good items. Obviously they are still working things out and I hope they do improve, as I’m always looking for more Chinese breakfast options in San Diego.

Notes: The breakfast is served on weekends only. There is plenty of parking on the back side of the building.