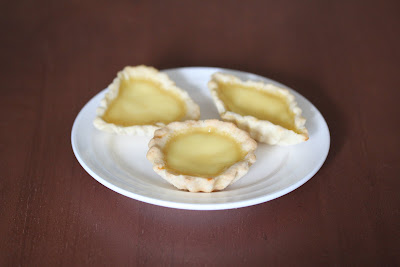 I love chinese egg tarts. It’s one of my favorite things to get from chinese bakeries. The sweet pastry shell compliments the egg custard so well. 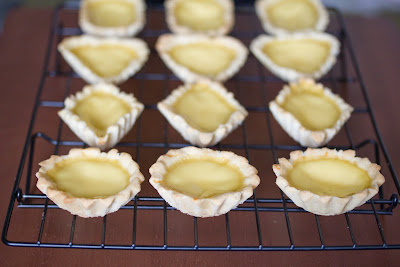 They aren’t too hard to make, but it is a little time consuming since you have to shape the individual tart shells. In the past, my egg tarts have tasted fine but are never as pretty as the ones in the bakery. 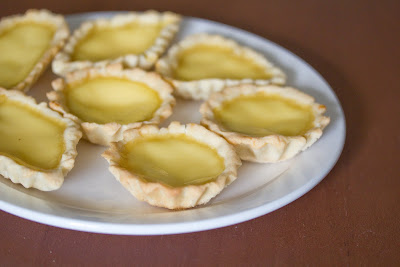 When you bake egg tarts, the egg custard inflates and collapses after they have cooled. As a result, my egg tarts don’t always look so pretty. The egg custard part always had bubbles or holes. You can see how my past egg tarts post here. Then I saw a recipe posted by Christine’s recipes for a Hong Kong style egg tart. Her egg tarts were picture perfect. I followed her recipe and her tips and this time my egg tarts came out much better. For the molds, I used these pretty Tartlet Tins I got on Amazon. If you grease them before putting in the pastry shell, the custards slide out really easily. 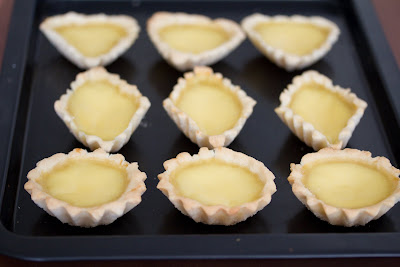 The two things that really made a difference were: 1) run the egg custard mix through a sieve first to get out all the bubbles that appear from mixing (I actually ran it through once and then there were still some bubbles so I scooped a few times with the sieve until I got rid of all the bubbles) and 2) let the egg tarts cook for the last few minutes with the oven slightly open.

These egg tarts are just the way I like them. Egg tarts come with two different pastry shells. One is a hard crust, similar to a fruit tart crust. The other is a flaky crust. I prefer the harder crust, which is harder to find now. This recipe uses the hard crust I like. These came out exactly like the ones I like to buy, so I am pretty happy with the result. 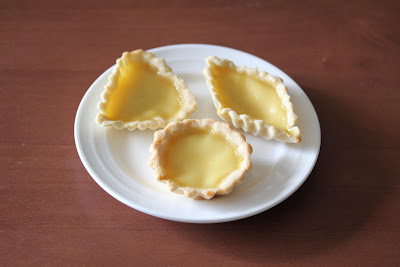 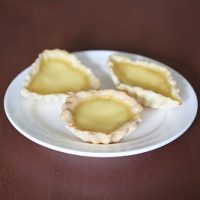 Servings: 9 tarts
Prep Time: 40 minutes
Cook Time: 30 minutes
Total Time: 1 hour 10 minutes
Course: Dessert
Cuisine: Chinese
One of my favorite sweet treats from Chinese bakeries is cute little egg tarts, which are individual-sized custards baked in a crunchy sweet pastry crust. This recipe is in the style of Hong Kong egg tarts and are very similar to the ones I find in bakeries.
Print Pin Rate

For the Custard (Next time I would reduce this. I used about 1/2 to 2/3 of the mixture)

Did you make this recipe?I'd love to see it! Mention @KirbieCravings and tag #kirbiecravings!
Posted in: Asian dishes, Pies, Recipes
3 Comments // Leave a Comment »