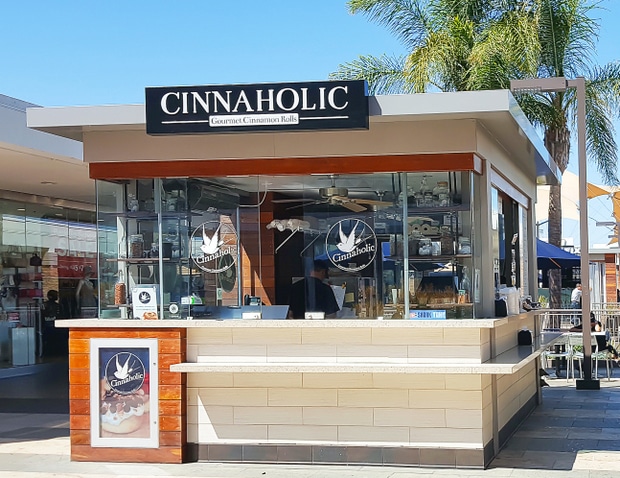 Cinnaholic, a gourmet cinnamon roll bakery chain that was featured on an episode of the tv show Shark Tank, recently expanded into San Diego, opening one of five locations planned.

I’ve discussed this before, but I’m an avid Shark Tank viewer. I especially take interest in the food companies and find myself simultaneously watching and researching whether or not I can buy the products whenever there is a food business receiving positive reviews from the sharks. I distinctly remember Cinnaholic because everyone on the show was raving about their cinnamon rolls and I immediately wanted to try them.

So I was really excited to hear they had expanded to San Diego. They opened last weekend and I was invited in to sample a few rolls.

This first location is inside Mission Valley mall. There are a handful of outdoor tables around the kiosk and the table tops are decorated with beautiful pictures of fruit toppings and their logo. 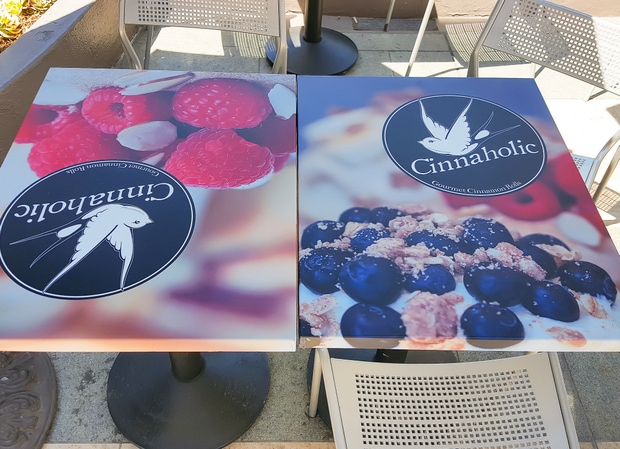 The first thing that stands out about Cinnaholic’s cinnamon rolls is that they are completely vegan. I’m always a little hesitant about vegan baked goods but that also just made me even more curious to try these. 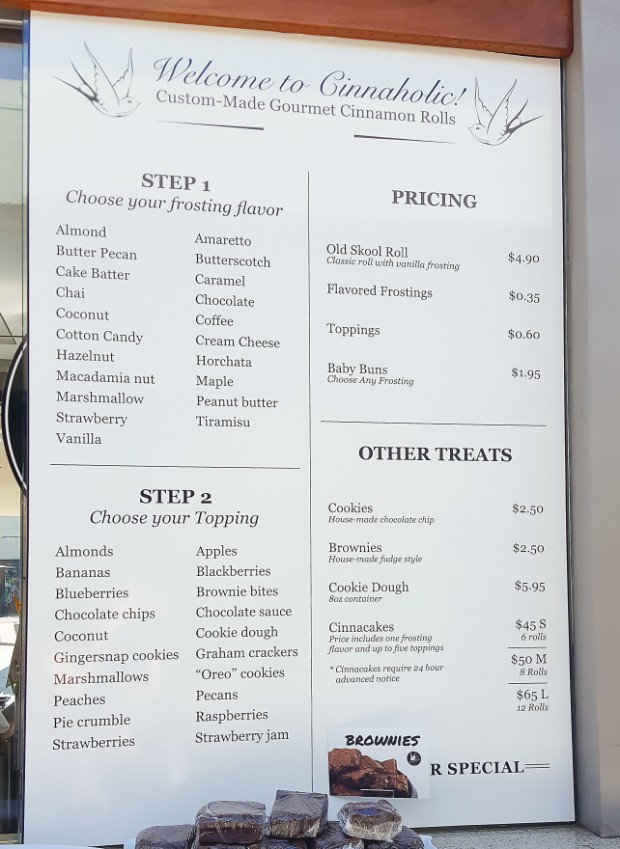 You start with your base roll and from there you can customize with various frostings and toppings. They also offer a variety of other baked goods and discounted day-old cinnamon rolls which are great if you want to take some home. 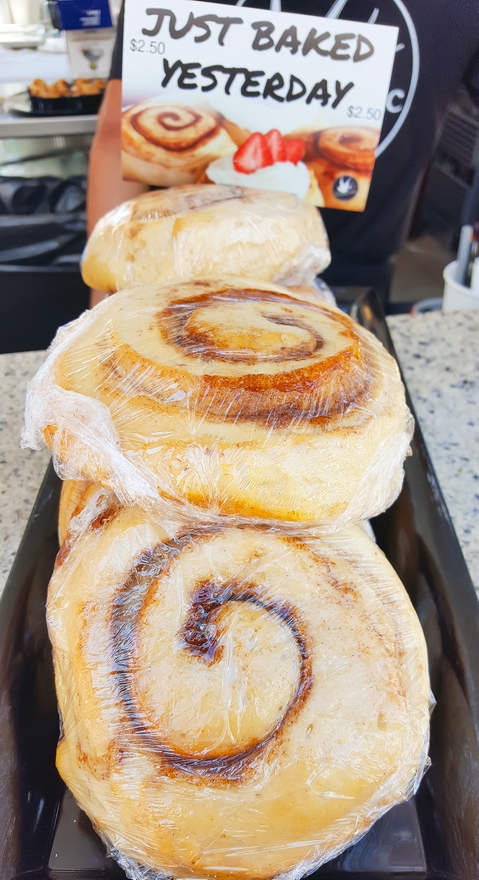 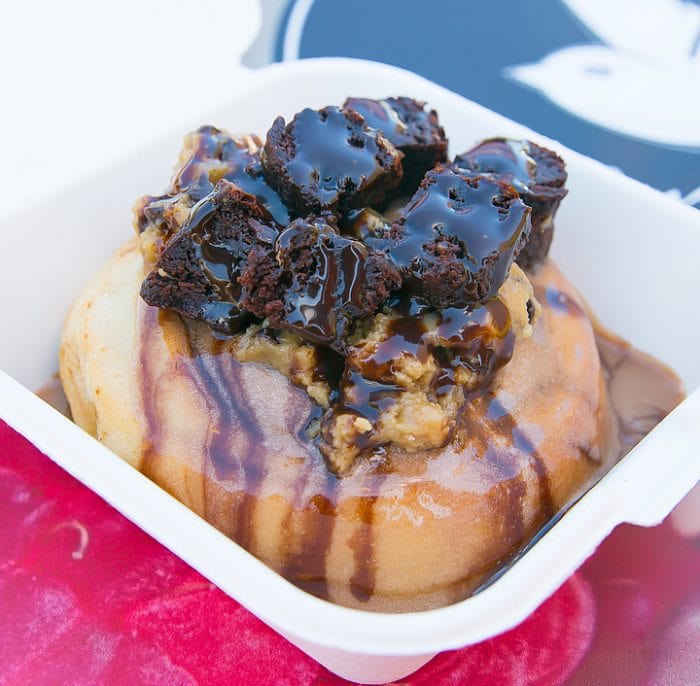 I chose a very rich, chocolate-centric one. The cinnamon roll itself was soft, doughy and I couldn’t tell that it was vegan. I think I went a little overboard with my customization as I was intent on making this one pretty and it ended up being a little too sweet for me. However, I can see this being popular for chocoholics. 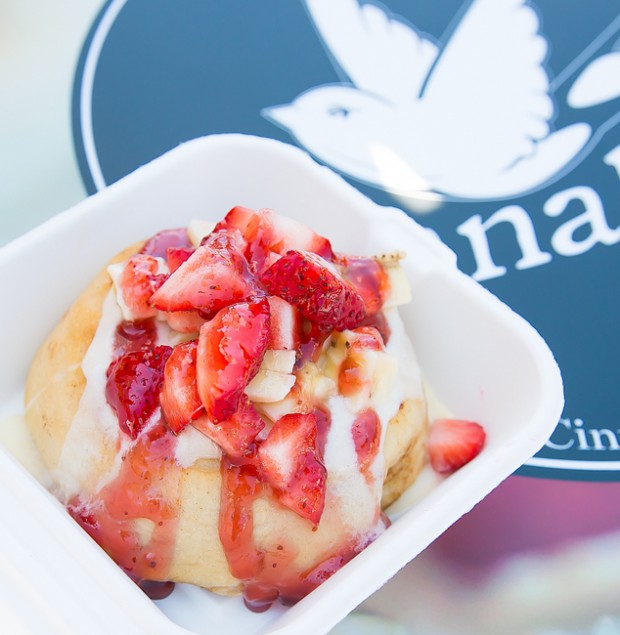 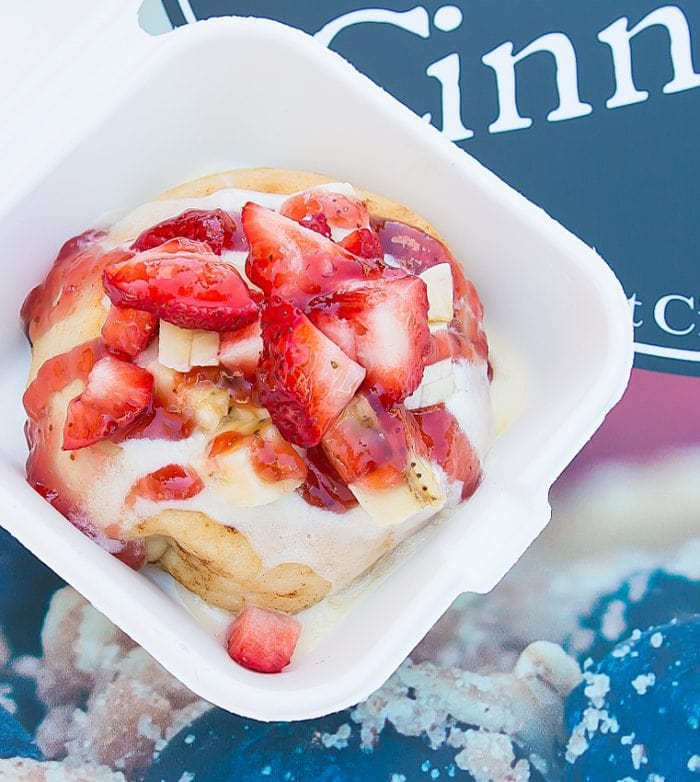 To contrast, we also sampled a fruit one. All the fruit toppings feature fresh fruit and I enjoyed this one a lot. The slight tartness from the fruit and cream cheese helped keep the cinnamon roll from being too sweet.

Overall, I thought the cinnamon rolls here were pretty good. I couldn’t tell they were vegan and I liked all the different customization options.

Please note, as stated above, I was invited to come in and my cinnamon rolls were complimentary. All opinions expressed are my own.