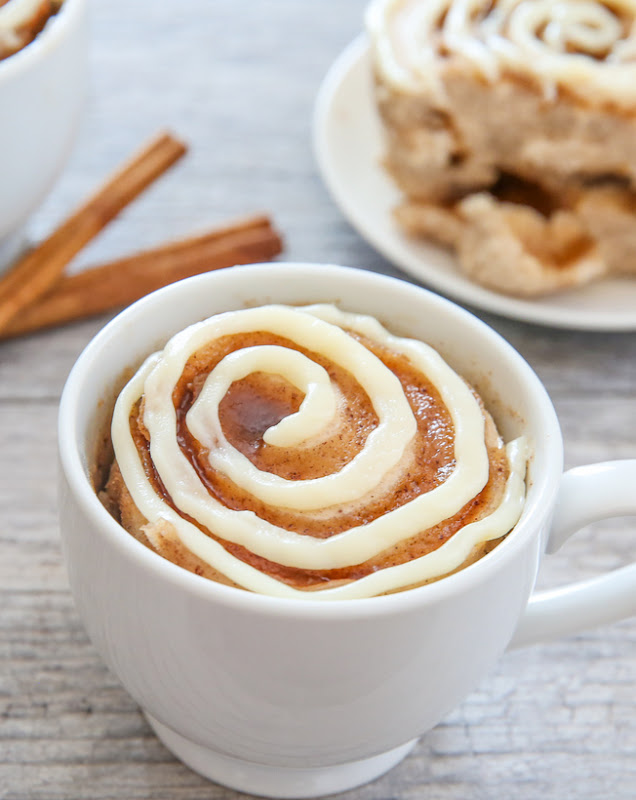 I’m pretty excited with how this mug cake turned out. It may be my new favorite. I especially love how the cinnamon swirls separate pieces of cake, just like they do for cinnamon rolls, so you can actually pull this apart and eat it with your hands if you wanted to. 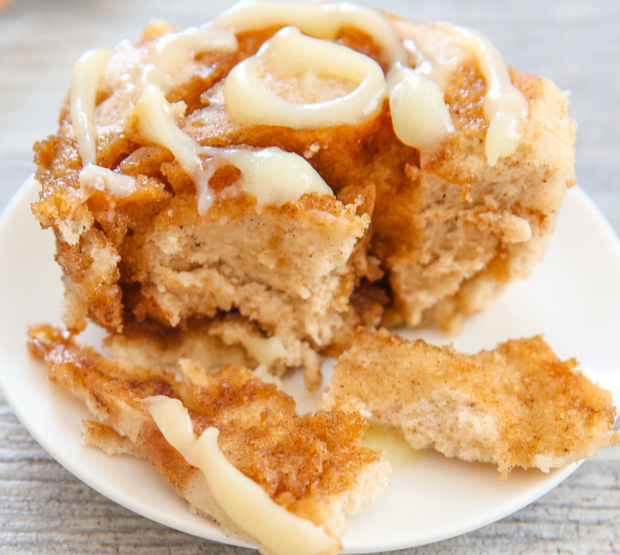 My feed has been filled with “first day of school” stuff. Even though I’ve been in California for more than a decade, it still is mind-boggling to me that school starts in August. Growing up in NY, Labor Day signified the end of the summer and the start of school. It must suck to start school in early August when the weather is still so nice and everyone is still in summer mode. But maybe once I have kids I’ll be looking forward to school starting as soon as possible. Until then, I’m trying to get as much of my summer to-do list done as possible this month. 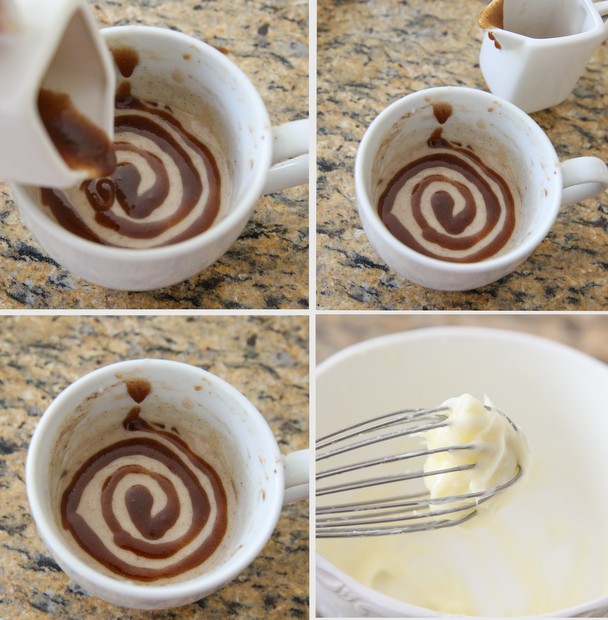 This cake does take a little more effort than a regular mug cake because you have to do the cinnamon sugar swirl and the frosting, but it comes out so pretty and it’s well worth the effort. 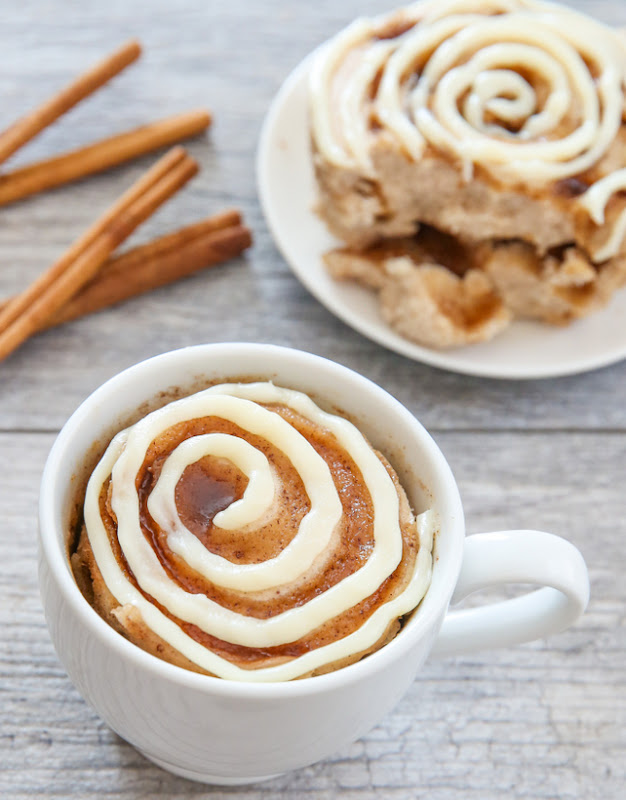 For the recipe below, I deliberately kept it small since there’s so much sugar and calories in the cinnamon swirl and frosting. But if you wanted to, you could make a giant one by doing 1 1/2 times the recipe and cooking it in a wide mug or ramekin, which will make it come out looking like a giant cinnamon roll (like the one in the close-up photos and background). Or, try my Keto Cinnamon Roll Mug Cake for a low-carb version! 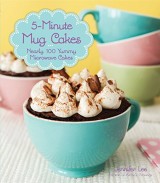 Recipe now updated with video! You can also find all my latest recipes on my new youtube channel. 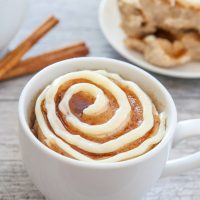 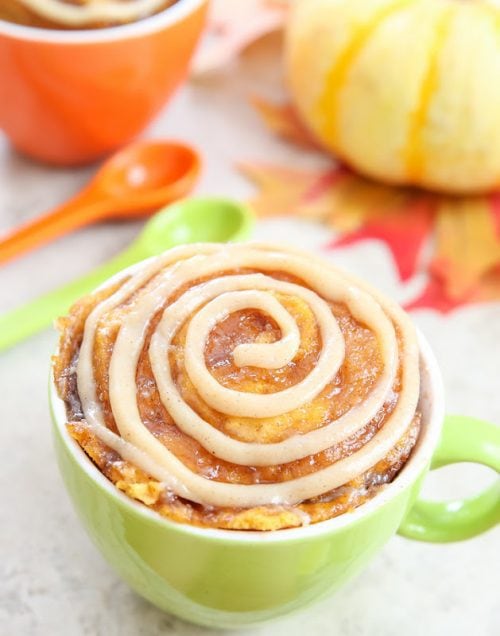 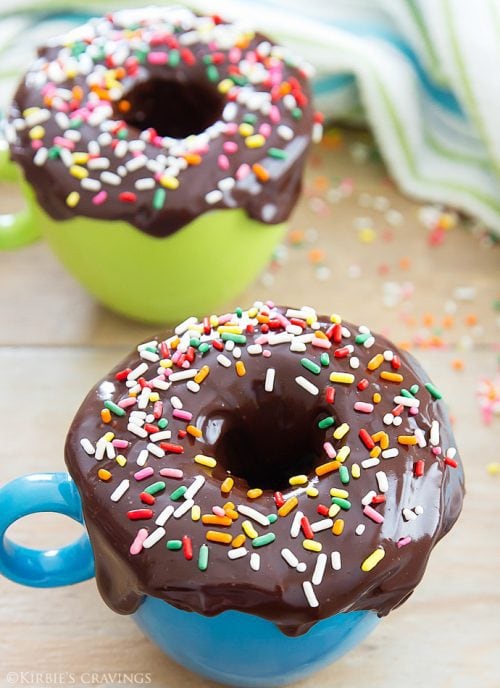 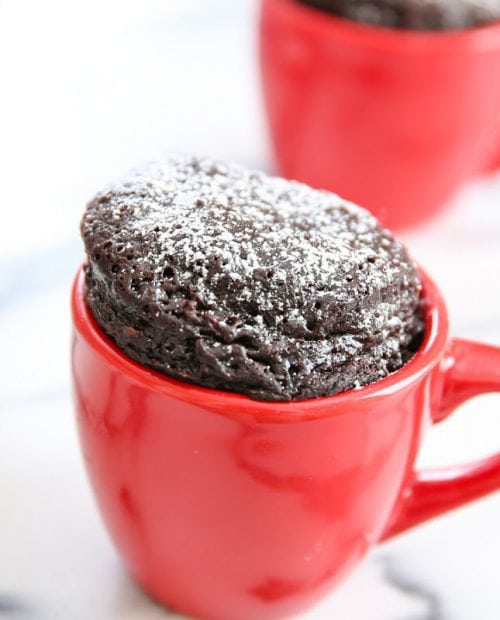