by Kirbie
1107shares
Jump to Recipe

A low carb and keto-friendly cinnamon roll flavored mug cake. This cake cooks in the microwave and is ready in just a few minutes. This cake is full of cinnamon flavor and topped with a cream cheese frosting. 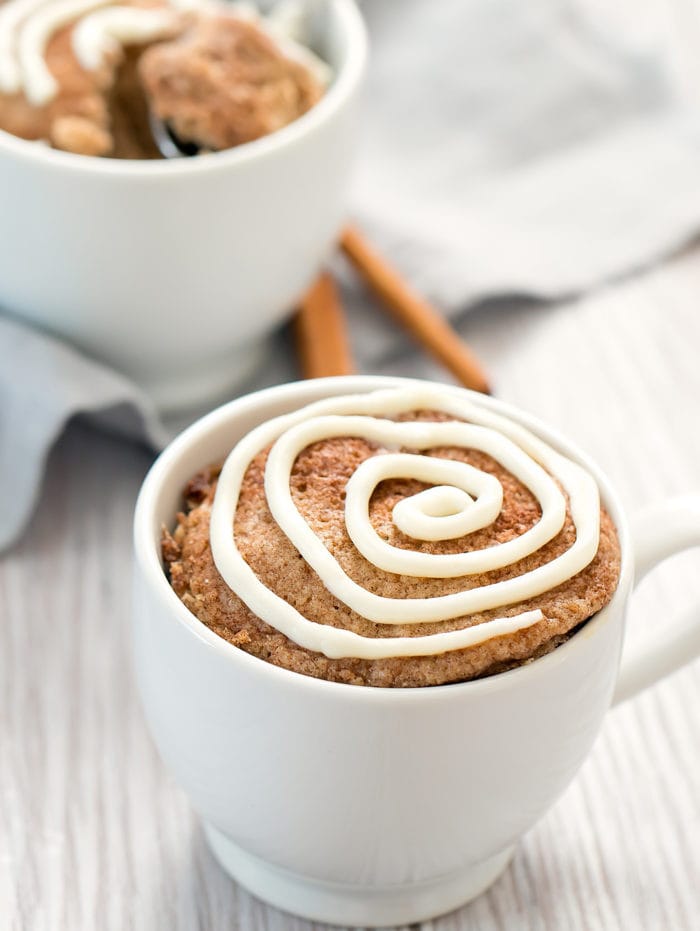 A few years ago, I made a regular cinnamon roll mug cake and it remains one of my favorite mug cake creations. But it was more work than my typical mug cakes. For this version, I wanted to simplify things. Instead of a cinnamon swirl, the whole cake is cinnamon flavored. I also added a cinnamon topping which melts over the cake as it cooks. The cake is then topped with a cream cheese frosting swirl, making it look a lot like a cinnamon roll. 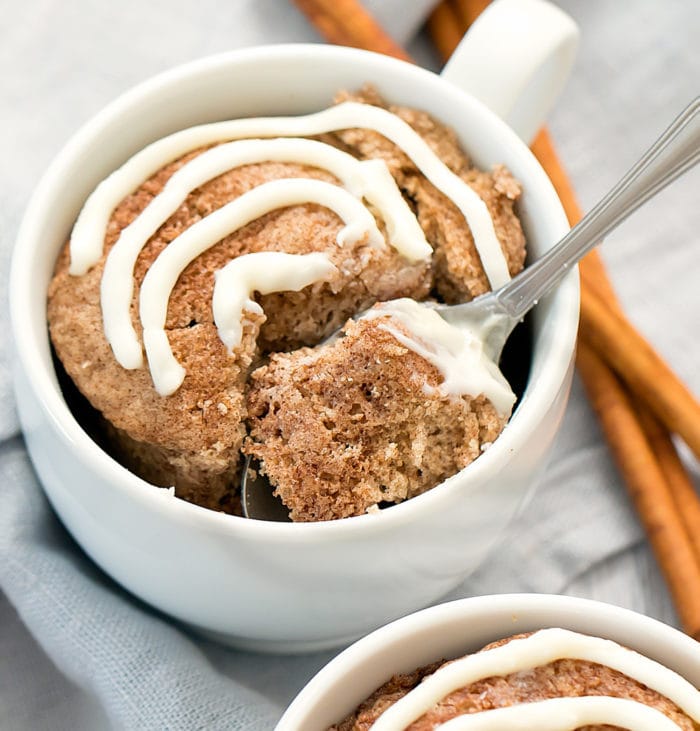 How to Make a Keto Cinnamon Roll Mug Cake

The frosting is made with powdered erythritol, cream cheese and butter. The butter and cream cheese are softened and then whipped together. The sugar is then gradually mixed in until the frosting thickens enough to pipe it. 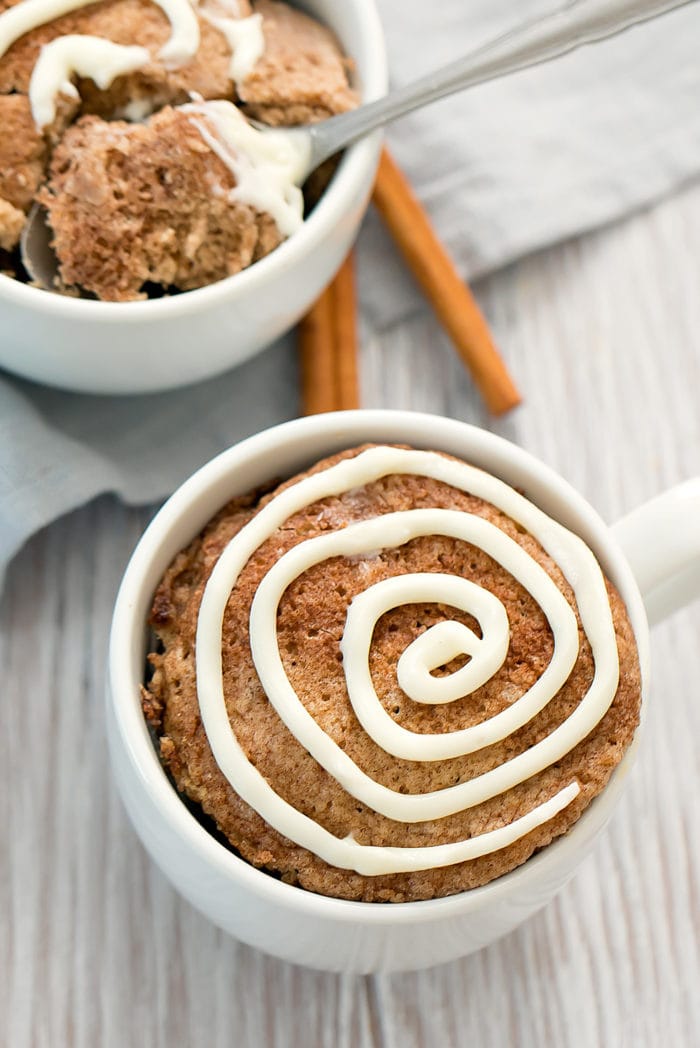 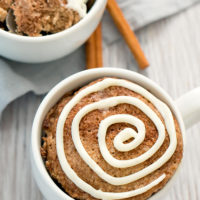 Did you make this recipe?I'd love to see it! Mention @KirbieCravings and tag #kirbiecravings!
1107shares
Posted in: Keto, Low Carb, Mug cakes
34 Comments // Leave a Comment »