This fluffy cake has swirls of cinnamon mixed in and is topped with cream cheese icing, making it taste like a cinnamon roll in cake form. It’s a fun and easy dessert or breakfast treat. 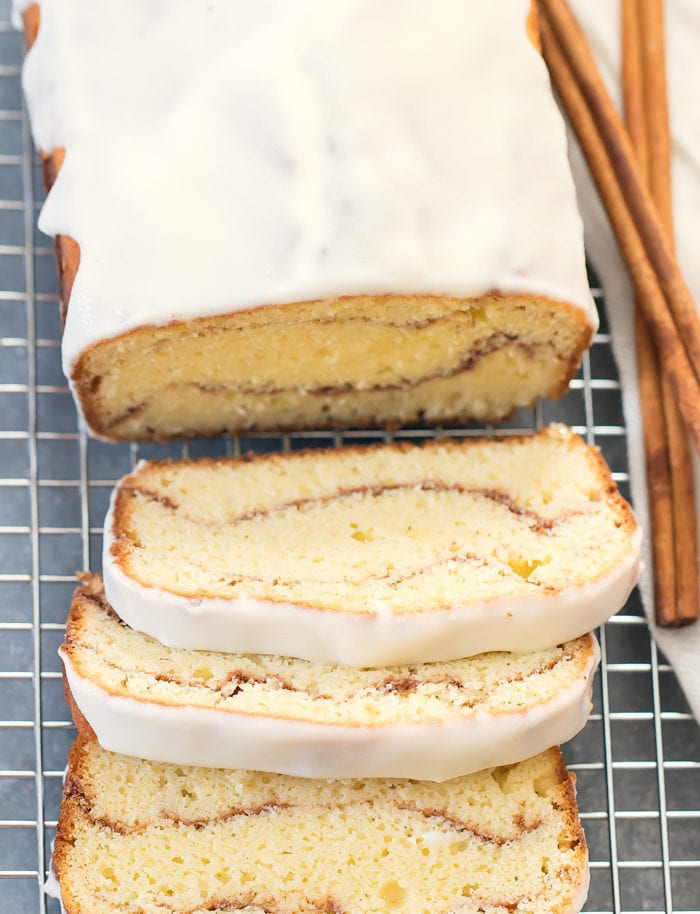 If you enjoy cinnamon rolls but don’t want to deal with making and rolling dough, this easy cake is a great way to satisfy cinnamon roll cravings. I’m really happy with how it turned out, and I especially loved seeing the swirls of cinnamon when I sliced into the cake.

To create the cinnamon sugar swirl, I mixed cinnamon with erythritol granular.

The cake batter is added in 3 batches, with layers of cinnamon erythritol sitting in between, creating the swirl effect when the cake is sliced open. 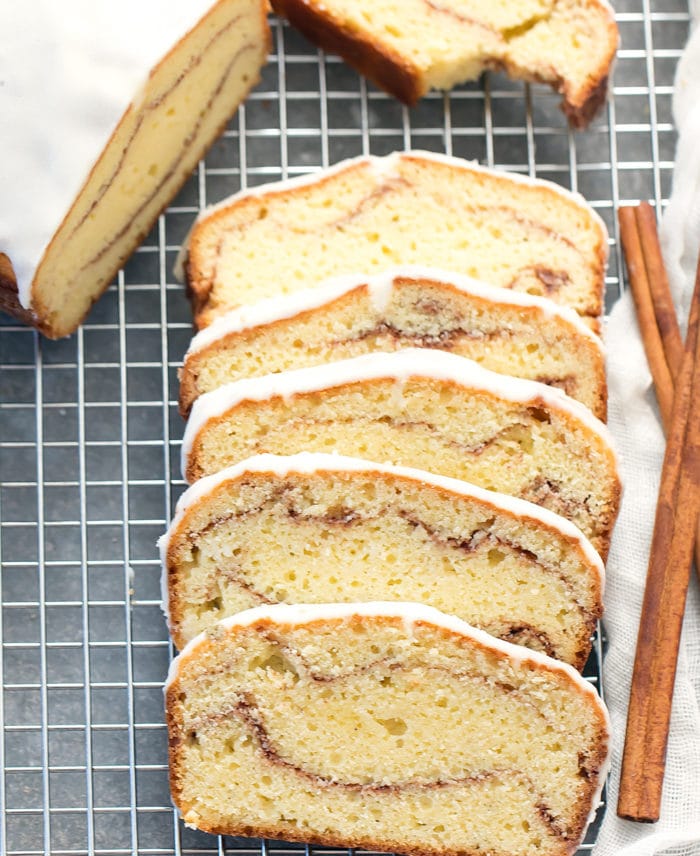 The icing consists of cream cheese, butter, powdered erythritol and milk. The first three ingredients are what I use to make my low carb cream cheese frosting. The milk is then added to thin it out so that this becomes an icing you can pour or drizzle over the cake. I used almond milk but dairy milk will also work.

For the sweetener, make sure to use powdered erythritol. The granular version will not melt into the icing. 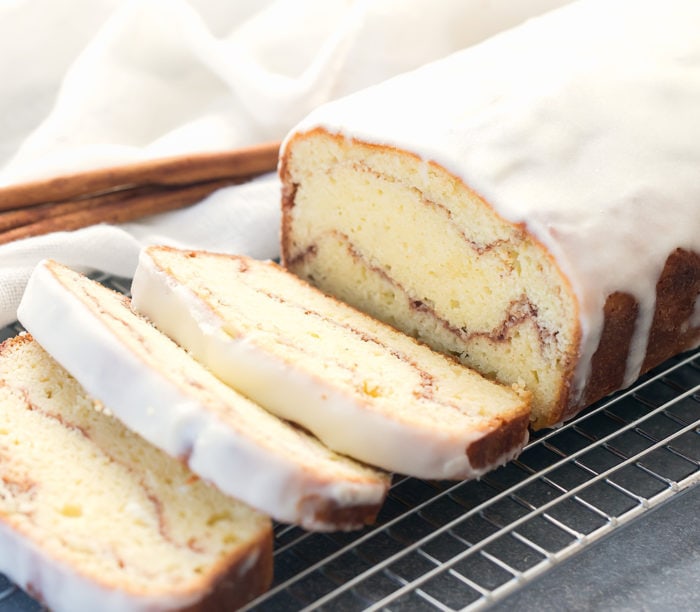 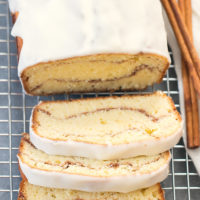 Did you make this recipe?I'd love to see it! Mention @KirbieCravings and tag #kirbiecravings!
Posted in: Cakes, Keto, Low Carb, Recipes
18 Comments // Leave a Comment »