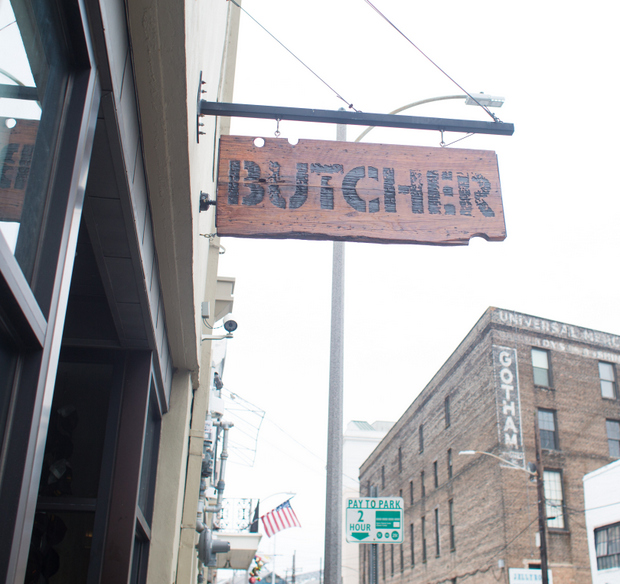 Cochon Butcher is a sandwich and butcher shop, located next to the popular Cochon restaurant in New Orleans. It has received many accolades, so I was eager to go check it out.

Shortly after arriving in New Orleans and dropping our stuff off at the hotel and badly mangling the pronunciation of the name of the street it sits on (Tchoupitoulas Street, pronounced CHOP-ah-TOO-luhs), we made our way over for a quick dinner. 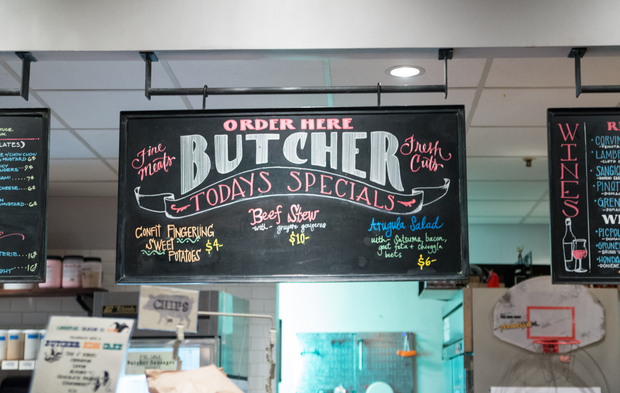 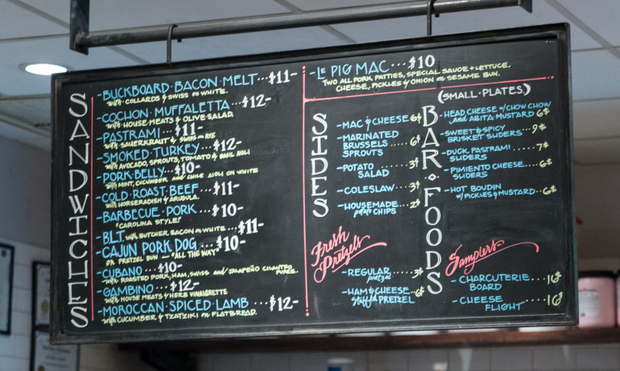 Everything on the menu sounded good, but we decided to limit ourselves and save room for a second dinner later that evening. Once we placed our order at the counter, we grabbed an open table and waited for the food to be brought to us. 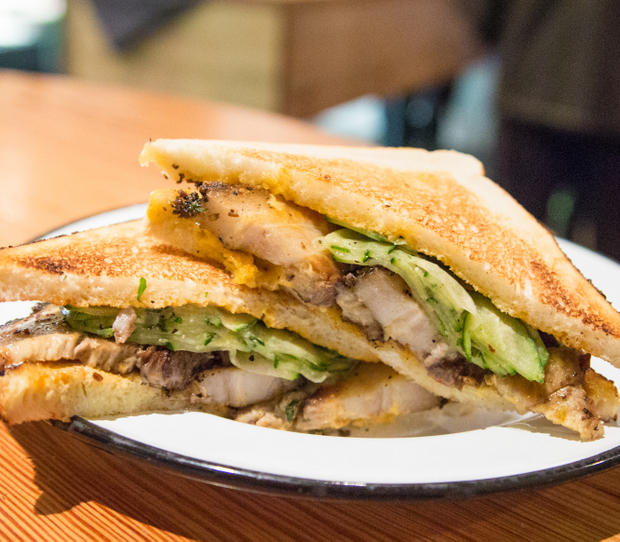 This was our first official bite in New Orleans, and it did not disappoint. Thick slices of seared pork belly, paired with a mint cucumber salad, chili-lime aioli, and served on toasted white bread. If I had one complaint, it was that I wish they served it on something more substantial than plain white bread as it wasn’t quite thick enough to hold the rich pork belly. Still, this was one delicious sandwich and the crisped exterior of the pork belly made my mouth sigh with happiness. 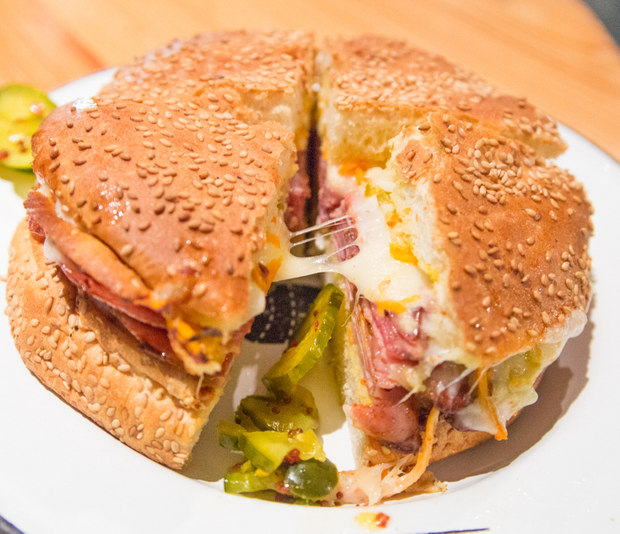 You may recall, we tried the original Muffuletta from Central Grocery and it was one of the best bites of my trip. I had read that Cochon Butcher offered a pretty good version of the famous sandwich as well. Appearance-wise, this hot sandwich was gorgeous, with its layers of meat and melted cheese. 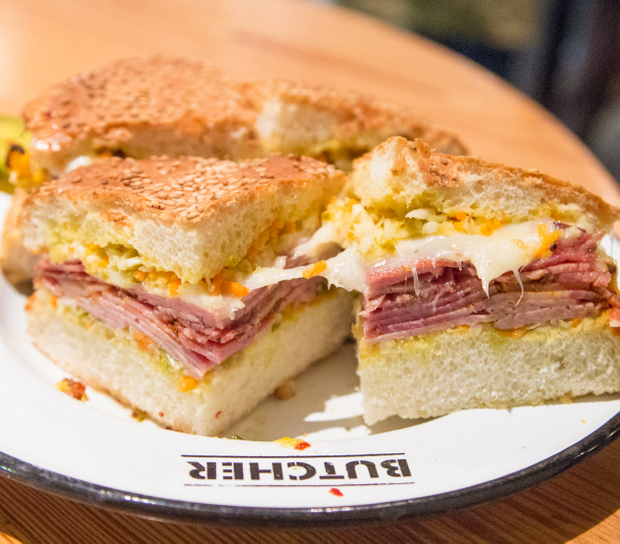 Cochon’s version is not quite as big and more manageable for one person to finish. I enjoyed the toasted bread, melted cheese and house-cured meats. However, the olive salad wasn’t really my thing. I usually don’t like olives, but when I had the original Muffuletta, I didn’t mind the olives and actually even enjoyed them. But here, every time I took a bite, I would get that aftertaste of the olives and wish they weren’t part of my sandwich.

Who serves the best version of the Muffuletta is probably a matter of personal preference. I preferred the original, but this cheffy version is definitely worth a try and I might have loved it more than the original if it wasn’t for the olive salad. 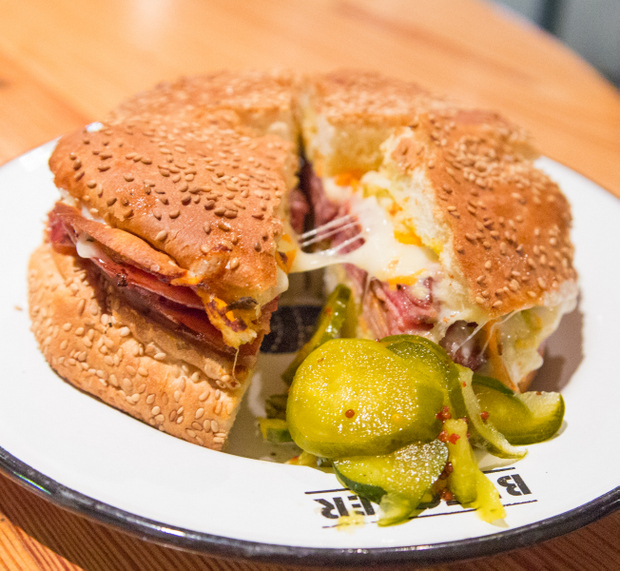 The pickles that accompanied the plate are also worth a mention. House-made bread and butter pickles, they were the perfect balance of sweet and tangy and had an unbelievable crunch to them. 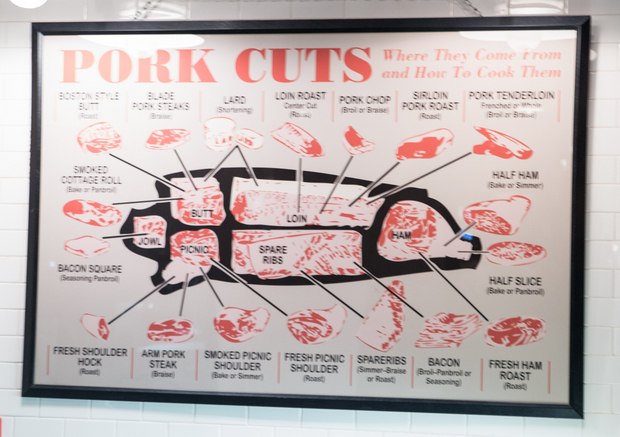 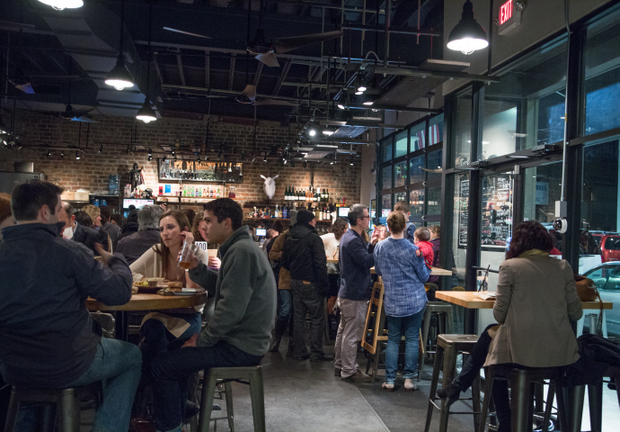 Overall, we had a pretty good meal here and I think it’s definitely worth a stop if you are visiting New Orleans. I wish we had been able to try more of the menu, as there were quite a few other items that piqued my interest. Hopefully next time!