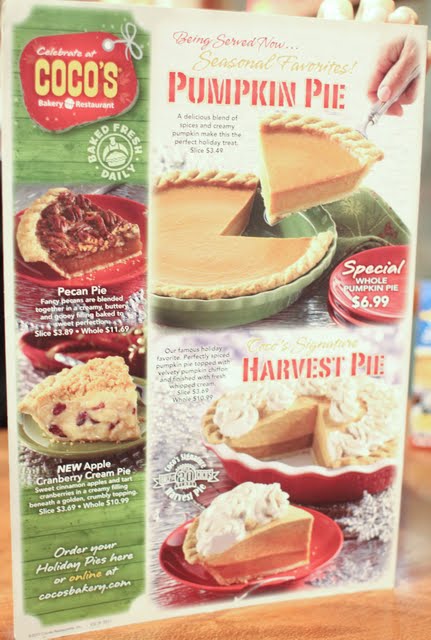 Update: This giveaway is now closed. Random.org generated #4, which was “Texas Battle”! Congrats!

Happy Friday everyone! As previously promised, I’m doing more giveaways. After my last trip to Coco’s Bakery Restaurant to review some of the pie offerings, FH noticed a poster at the restaurant advertising their seasonal steak and lobster tail entree for $15.99. He really wanted to check it out.

So when I was presented with an opportunity to check out some of Coco’s Seasonal Entrees and to do a giveaway for my readers, I readily agreed. 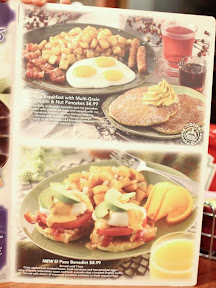 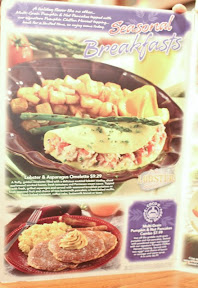 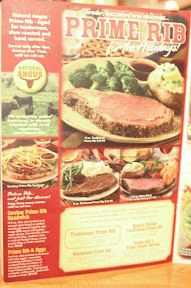 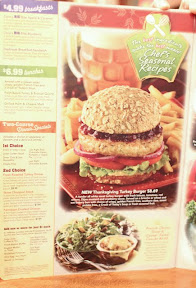 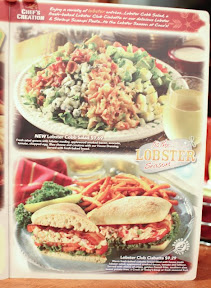 Coco’s is offering quite a few seasonal entrees including turkey, prime rib and lobster. We had a hard time choosing what we wanted.

I chose the steak and lobster $15.99 (FH suddenly wanted something else). 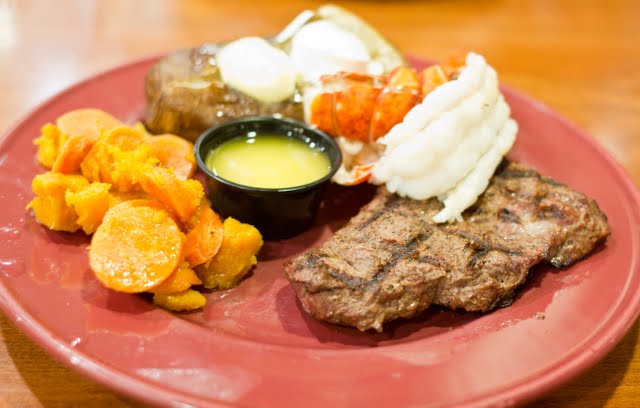 Angus sirloin steak is paired with a lobster tail, vegetables and a baked potato. I requested my sirloin steak to be cooked a medium, and it was pretty spot on. The cut of steak isn’t one of the most tender, but given what they were working with, I found it pretty tasty. The lobster tail was my favorite part of the my plate. I got to choose my vegetable side and I chose the seasonal butternut squash and carrots option. For $15.99 this was a filling meal and pretty good. 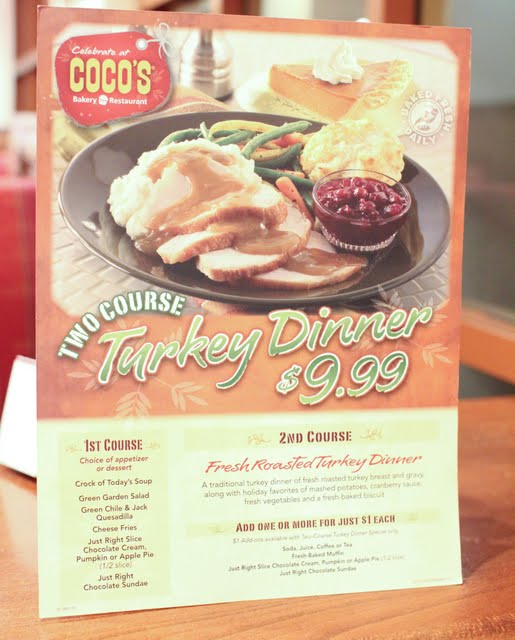 FH chose the turkey dinner ($9.99), which looked so homey and comforting from the menu. In addition, it comes with a first course of either an  appetizer/soup/or dessert. The turkey dinner came with creamy mashed potatoes, butternut squash and carrots, a biscuit and a half slice of pumpkin pie (this is what he chose under Choice 1). 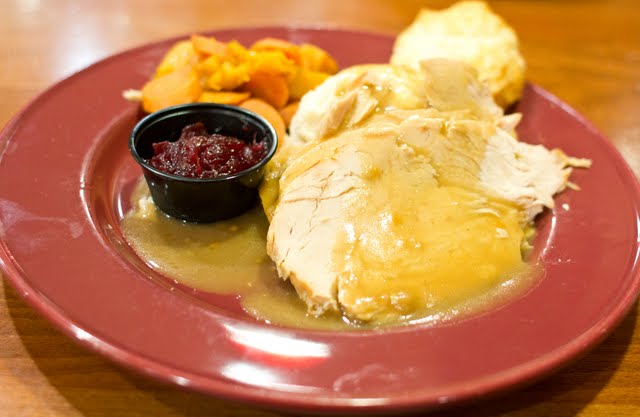 The turkey was moist, the potatoes creamy. The plate tasted like how it looked. It wasn’t anything fancy but it hit the spot on a cold day.  We finished the night with a half slice of pie. Mmm…pie. 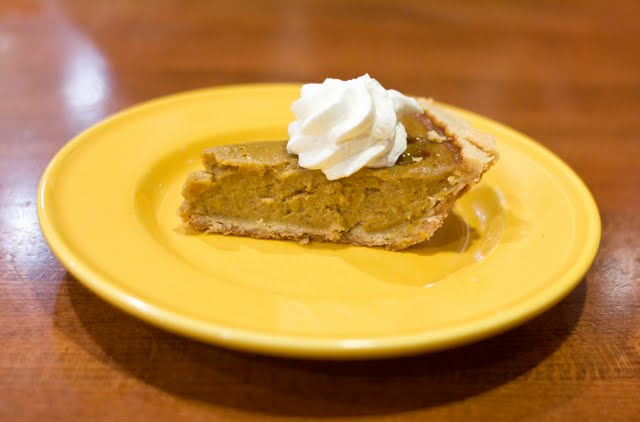 Now onto the giveaway. Coco’s is giving one of my lucky readers a $15 gift card to spent at Coco’s. Perfect for trying one of the seasonal entrees or getting a pie for a holiday party. Leave a comment at the end of this post telling me what you are most interested in getting with the gift card. I’ll use random. org to generate a number and choose a winner. Contest ends November 25, 2011 at midnight PST. Please note, this contest is only open to US readers. Good luck!

I was provided with a $15 gift card to check out some of Coco’s entrees, however I was not compensated for this review and my opinions are my own.