You might recall, I visited soon after they opened and had a pretty poor experience. I’ve read really good things about the place since then, so I wanted to return. But it was soon after our initial visit that we moved to a new neighborhood and we didn’t frequent the UTC mall as much, so it wasn’t until almost a year later that we were able to make our way back for a return visit.

Since then, the menu has expanded. In addition to pizzas and their salad bar, they also make strombolis and they serve cookies from The Cravory. 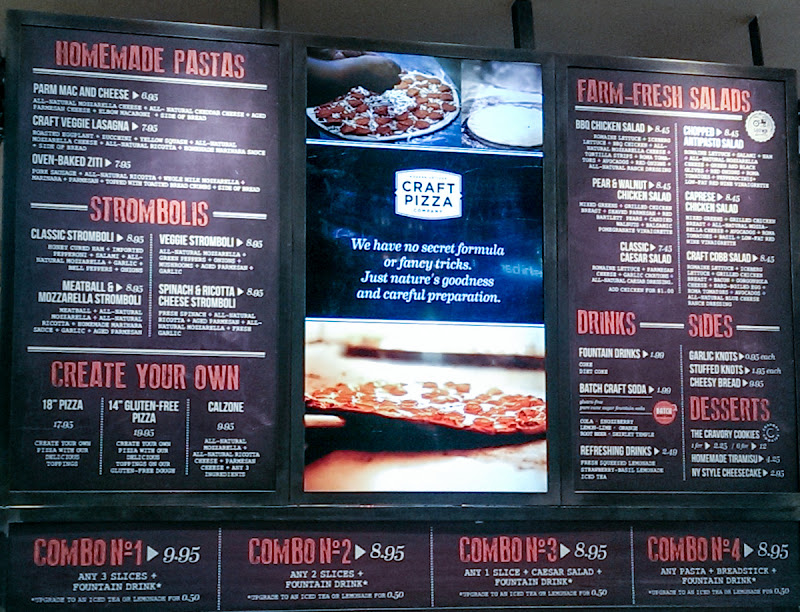 We chose to share a Combo No. 1: 3 slices of pizza of your choice and a fountain drink. We also ordered a meatball stromboli. 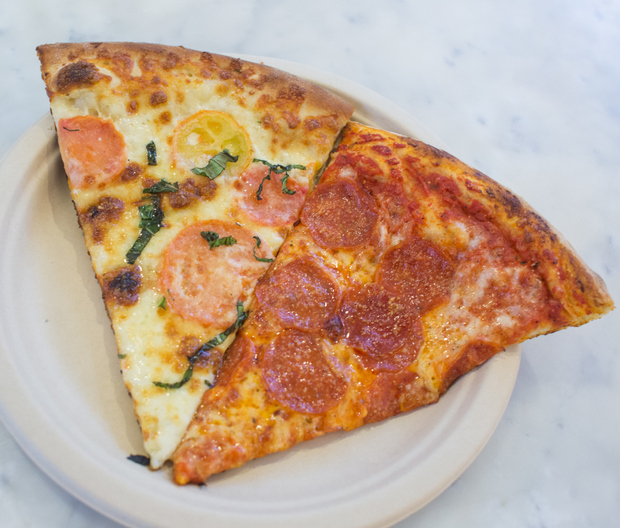 Here were two of our pizza slices. One bite, and I couldn’t believe the difference. I don’t think I’ve had such a 180 degree change when revisiting a restaurant. When we visited a year ago, the crust was crumbly and dry. This crust was light, thin and very crispy. I loved the crunchy and airy lightness to it.

The thin crust was reminiscent of NY-style pizza, though it didn’t quite have the same chewiness or flavors. It was still very enjoyable though. 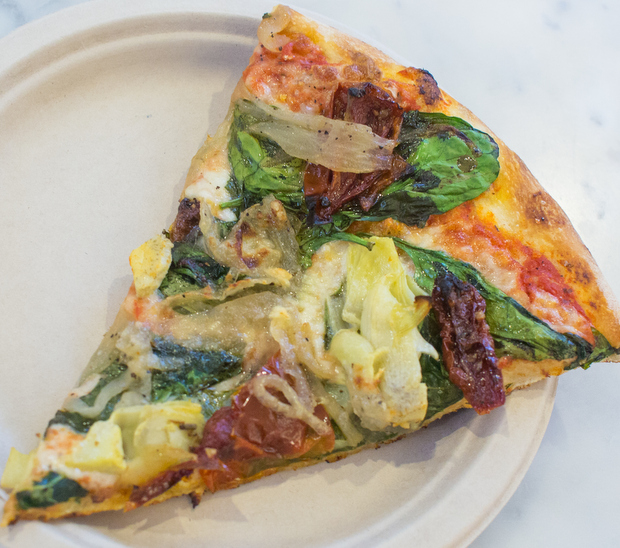 I love how this pizza flavor was loaded with ingredients. Mr. K and I both did feel like it needed some protein element to add a little more flavor, but it was my favorite of the three. 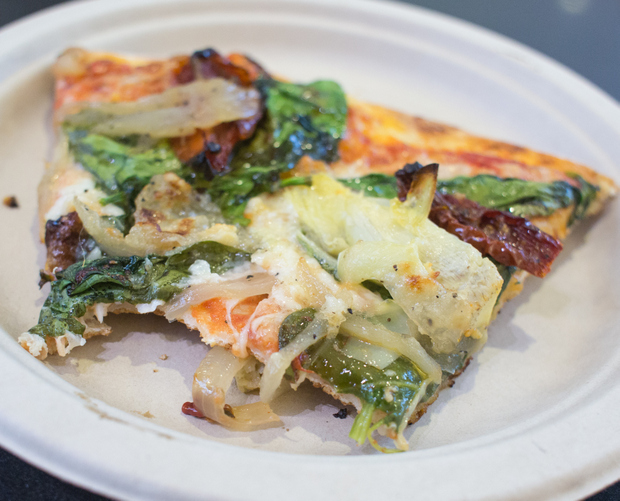 Overall, we really enjoyed our pizzas and thought the $9.95 price was a pretty reasonable for 3 large slices and a drink. Things were going so smoothly on this visit, but then we ran into a small snag. Remember that stromboli we ordered? Well when we ordered it, we were told the wait would be 15 minutes because they make it fresh. That was no problem with me, as I expected as much.

Well 15 minutes became 25 minutes and still no sign of our stromboli. We had finished our slices and our soda. Mr. K went to get a soda refill and inquired about our stromboli and was told it was still cooking. We waited another 15 minutes and I was looking at the pizza oven and saw no indication that our stromboli was even in there cooking. I was getting a little restless, especially because we had somewhere to be. So we went up and inquired again. This time, we were told that a large order had come in right before we ordered and that they had been busy fulfilling that order and they were only now making our stromboli. They offered us a few slices of pizza if we wanted to wait, but we ended up just canceling our order because we actually really needed to be at our next destination.

While I appreciated the free slices offer, I was a little irked by this incident. They really should have let us know sooner of the delay, especially since we had already asked earlier. And then we wouldn’t have to have wasted nearly half an hour of our time where we just sat there and waited and then ended up not getting anything. It’s too bad that our visit ended on a sour note, as we really did enjoy the pizzas and would likely return there again if we are in the area.