Cremolose, an Italian cafe, recently opened in downtown San Diego. It offers 48 flavors of gelato, over 40 cakes made in-house, a full lunch and dinner menu, and a full bar. 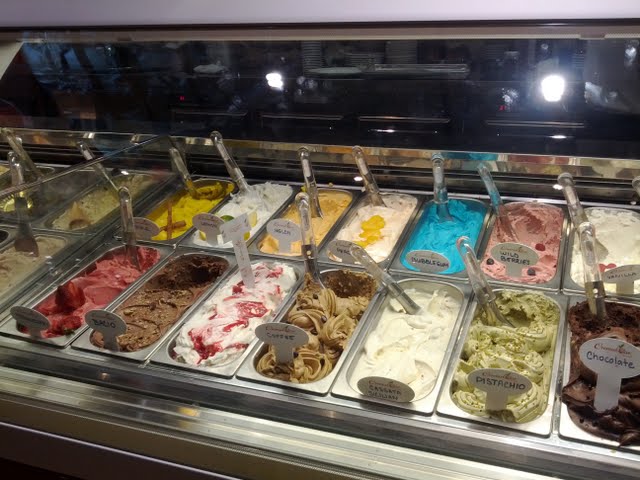 I was invited to the grand opening party and was impressed enough with the bites I sampled to want to come back again to try some more items. 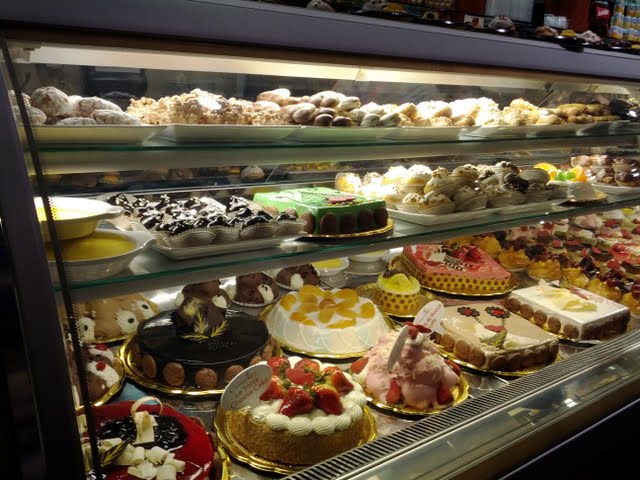 Cremolose occupies 5000 square feet of space and can seat 260 customers. The spacious digs are perfect for a gathering, or a place to get dessert and drinks with friends.

My initial interest in the cafe was for the gelato. And I was quite happy with the gelato I sampled. The classic Italian gelato were creamy, thick, and offered in 24 different flavors. The flavors included popular ones and more unique ones I haven’t seen elsewhere like fig, chocolate cake layers, to name a few. 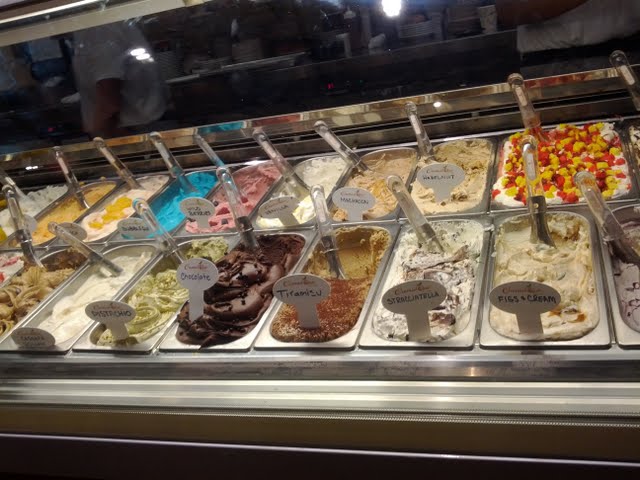 Here’s a shot of FH’s chocolate from the opening party. Still trying to work out camera pics with my new phone. I tried a hazelnut one. 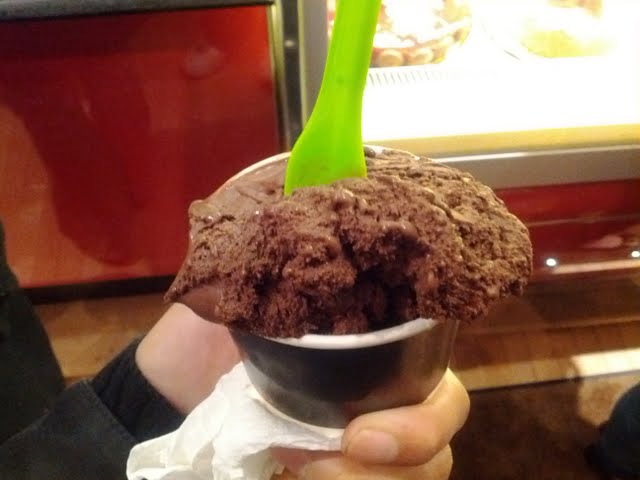 In addition to offering 24 regular gelato flavors, Cremolose also offers 24 flavors of the Italian imported cremolose, a new type of gelato that is fresh-fruit based. While most of the selection were fruit offerings, there were also a few nut ones like pistachio and hazelnut. The cremolose gelato isn’t as thick as the dairy based Italian gelato we’re used to, but this healthier gelato was equally tasty. I actually preferred the cremolose version of pistachio because of the intense flavor of the pistachio and pieces of pistachio contained in every bite. 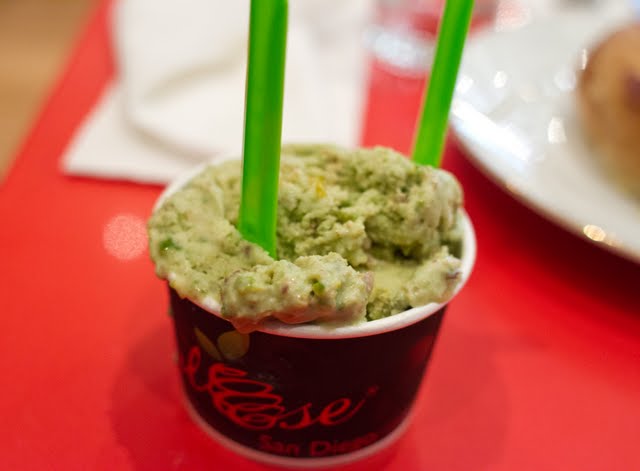 I didn’t sample any of the cakes or other desserts on my second visit, but I sampled these on my first visit and found them quite yummy. A lot of them had a subtle taste of alcohol. 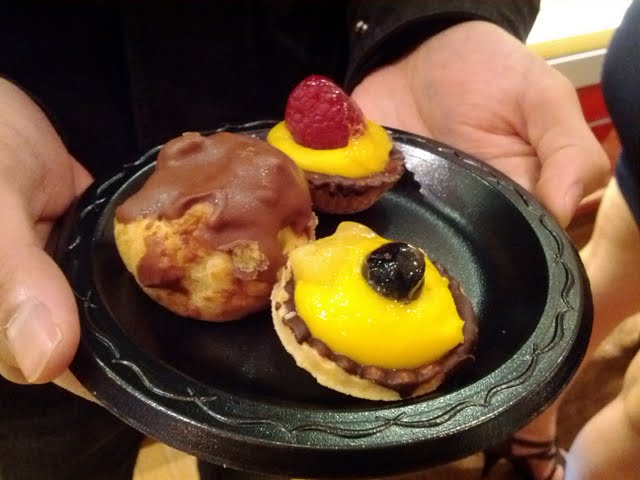 What I was most impressed with during the grand opening party were the savory snacks. We sampled mini versions of spadini, covaccina, aranchine and crostini. 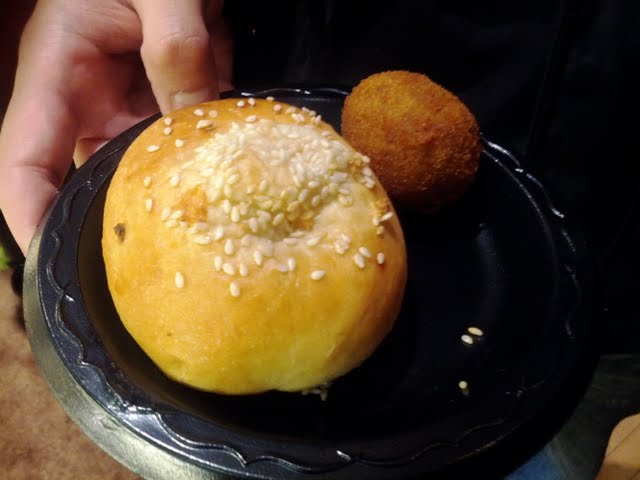 The little fried balls were rice stuffed with ground beef and deep fried. It was pretty good. But my favorite bite of the night were the mini covaccina (Focaccia Stuffed with Bescemelle and Mozzarella,topped with Parma Prosciutto and Fresh Mozzarella). The bescemelle sauce inside is super creamy and a welcome surprise when you bite into the hot soft bread. I spent the rest of the week dreaming about this bread.

On my second visit, I checked out full versions of the Prosciutto Fiorentine ( Stuffed Focaccia with Parma Prosciutto, Mushrooms and Bescemelle) and Covaccina. 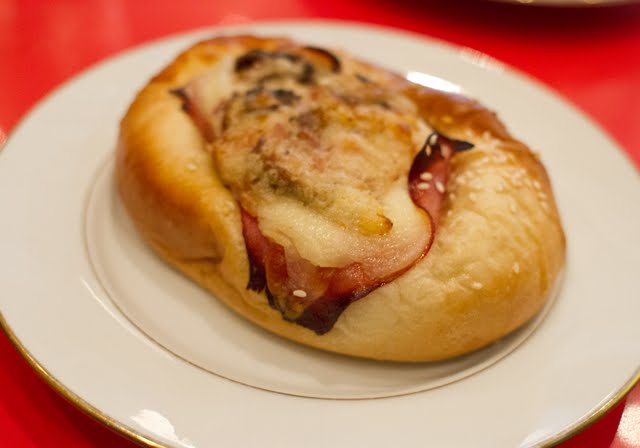 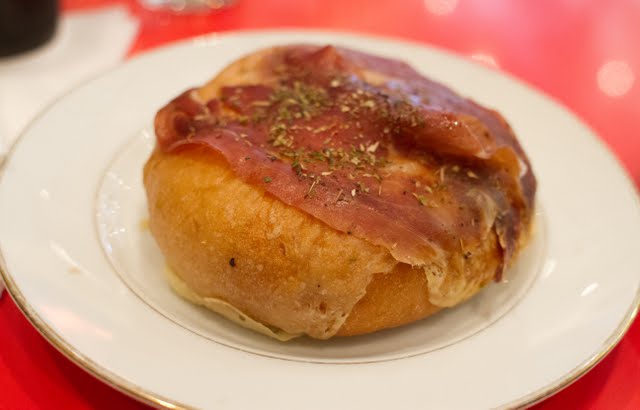 I really enjoyed the addition of the mushrooms with the bescemelle sauce. It tasted almost like a mushroom gravy. The bread was as soft and delicious as I remembered. I do wish it was served a little warmer. Next time I’ll have to ask for them to heat it up. 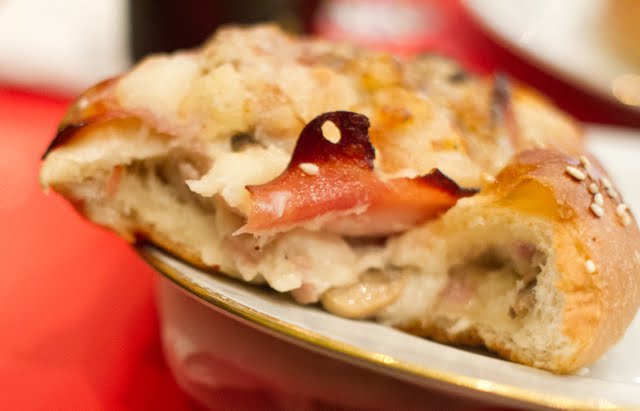 My second visit actually occurred while attending Serious Eats International Day, which was organized by Erin of A Hamburger Today and San Diego Sugar. She ordered a few of the house-made pizzas for our group to sample.

Margherita (Tomato Sauce, Cow Mozzarella, Oregano, Olive Oil and Basil) The flavors were clean and simple. I enjoyed the topping but felt that more could have been done with the crust. There wasn’t anything wrong with the crust but it didn’t really stand out like house made pizza crust usually does. 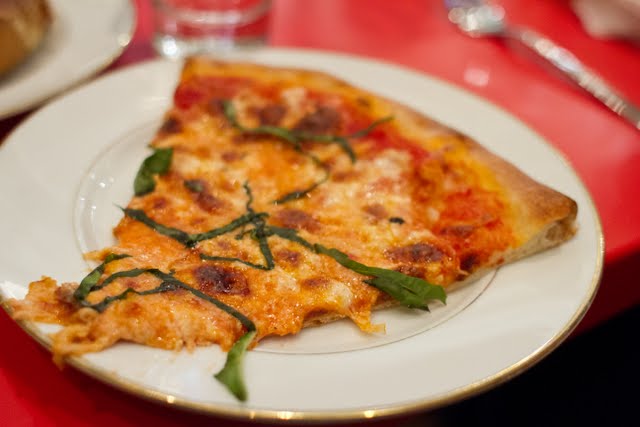 I believe this slice I sampled was the al Taleggio ( Imported Soft Taleggio Cheese, Shitake Mushroom, Shaved Parmigiano, Arugula and Truffle Oil) It was a sauceless pizza topped with large pieces of prosciutto and mushroom. 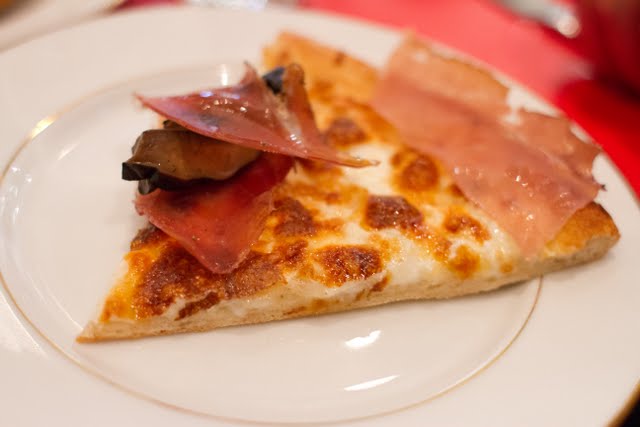 Service was a spotty during this second visit with the Serious Eats crowd. A few orders were forgotten and had to be remade and waters weren’t refilled. They did come over to apologize for the poor service near the end of our meal and provided us two complimentary tiramisu cups.

I didn’t get a chance to try any drinks at the bar, which include cremolose infused cocktails. I’ll have to come back another time to check it out.

I really enjoyed the gelato and the Prosciutto Fiorentine and would come back for those items, maybe to take on the go. I’ll have to dine a few more times on the lunch and dinner menu to make a final determine on those items.