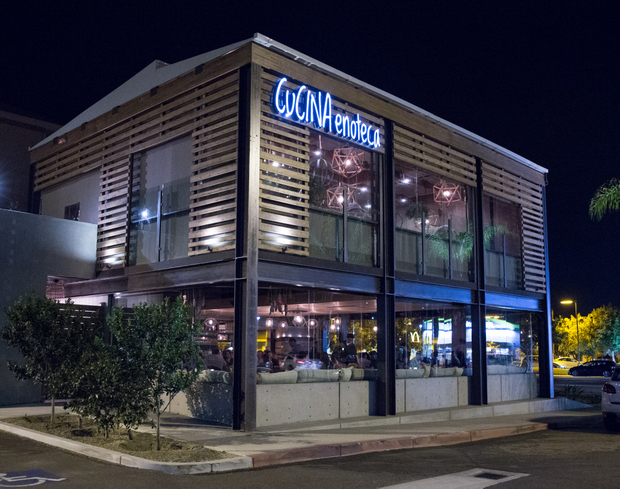 Cucina Enoteca is the sister restaurant to Cucina Urbana, a restaurant we’ve had good meals at in the past. The Urban Kitchen Group first expanded into Orange County, opening a Cucina Enoteca there, before also opening one in Del Mar

I really love the space, especially the large clear-glass panels, and have been wanting to visit for quite a while. We finally got around to having a meal there last weekend. I wish we had been able to come earlier before the sunset because unfortunately the interior of the restaurant is quite dark in the late evenings.

The menu is similar to the one offered at Cucina Urbana, with share-able small plates, pastas, and pizzas. 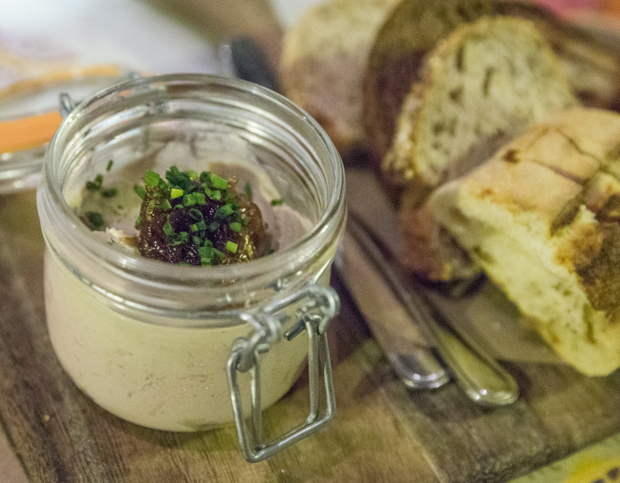 We always enjoy the vasi offerings, various spreads served in mason jars. With just the two of us, it was hard to choose just one, but we finally settled on the rich and silky smooth chicken liver. The portion provided was quite plentiful. We slathered a thick layer on each of the toast offerings and still had a decent amount leftover. 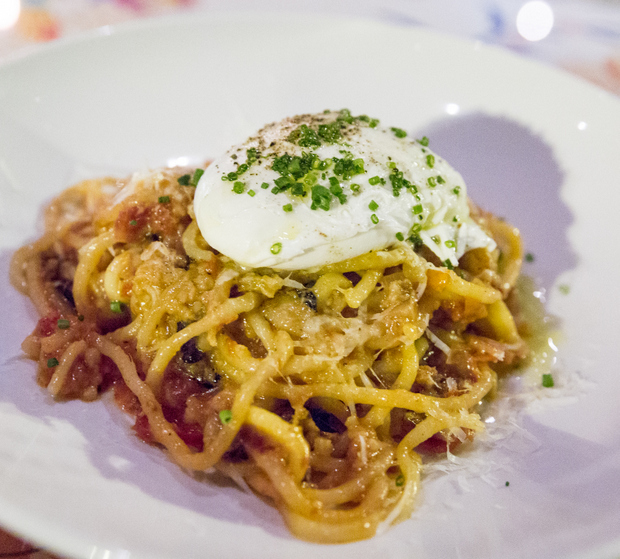 The house-made pasta was cooked al dente, tossed in a light layer of tomato chili sauce. The cabbage gave the dish some crunch and the runny egg yolk added a creamy finish to the sauce. We both really enjoyed this and my only complaint is that I wish they had provided a bigger portion. It seemed like it was gone in just a few bites. 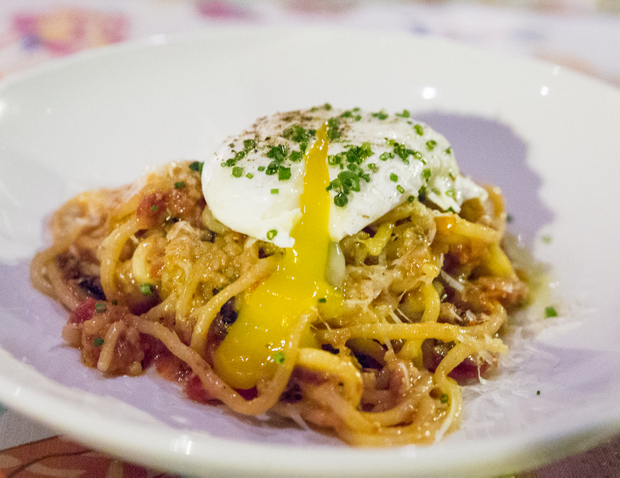 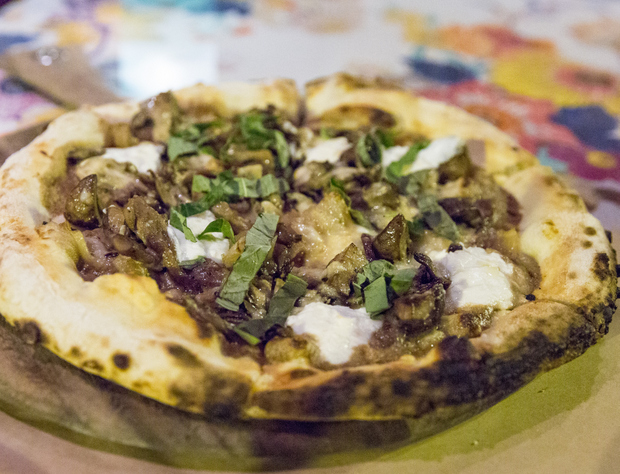 There was another version of this pizza flavor at Cucina Urbana that I used to enjoy. I was a little hesitant about this variation, especially with the goat cheese. I briefly considered asking for a substitute, but I always like to give dishes a try the way they were meant to be before messing with it. While the goat cheese was creamy and more subtle than other goat cheeses I have tasted, I still didn’t really care for it. I also thought the flavors of the goat cheese and caramelized onions overpowered the mushrooms and truffle oil.

I wasn’t much of a fan of this pizza and we ended up boxing most of it home for Mr. K’s future leftover meal.

Overall, we had a pretty good meal here. Like Cucina Urbana, this place is great to go with a group or for a date night. I’d like to return again with some friends so I can explore more of the dishes. I really liked the interior, but would love to see it before it nighttime as it’s quite dim inside.