On our trip to Seattle, we went to check out Dahlia Bakery, another one of restaurant mongol Tom Douglas’ spots, after reading about it on Serious Eats.

It wasn’t what I was expecting. The place was absolutely tiny. There was barely any room to step in and place an order. Luckily, there were some tables outside for us to sit down and enjoy our food.

The Serious Eats article I had read about raved about the breakfast sandwich, so I had to order one. 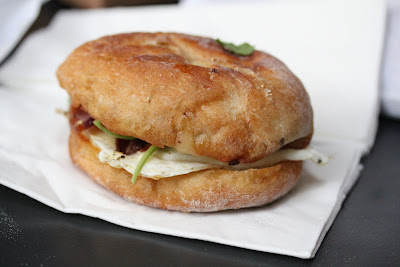 The bread was fresh and soft. Inside, there was just enough bacon, egg and cheese to make this sandwich quite tasty. It was a pleasant sandwich, perhaps not as good as the reviews had made it out to be, but it was good.

We also got a slice of coconut cream pie, another item that had been heavily hyped and is available at most of the Tom Douglas’ restaurant locations.  An entire pie is actually quite pricey, but luckily we were able to get it by the slice. 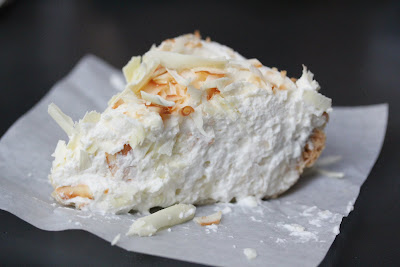 I enjoyed the pie. It was creamy, light, not too thick. I liked it, but again, I didn’t think it was as great as the reviews I had read.

We also got a truffle cookie. It was rich, chocolatey, but also tasted similar to cookies I’ve made before. 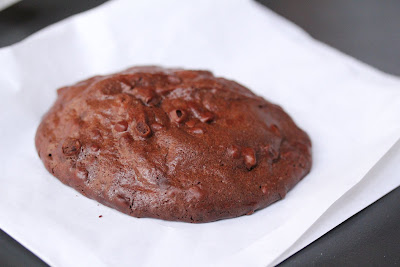 Finally, we ordered monkey bread. This monkey bread is non-traditional and is instead made with brioche dough.  The bread wasn’t as soft as I wanted it to be and didn’t have enough cinnamon crumble. This was probably my least favorite item. 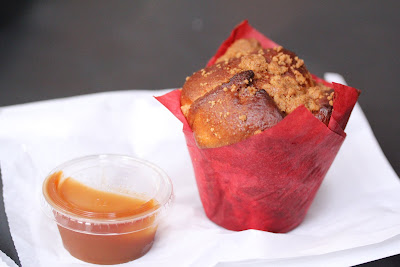 Overall, I enjoyed my breakfast here. But it’s mainly for getting food to go since they don’t have anywhere to sit down inside. It offers a lot of the famous Tom Douglas items like his donuts and the coconut cream pie.