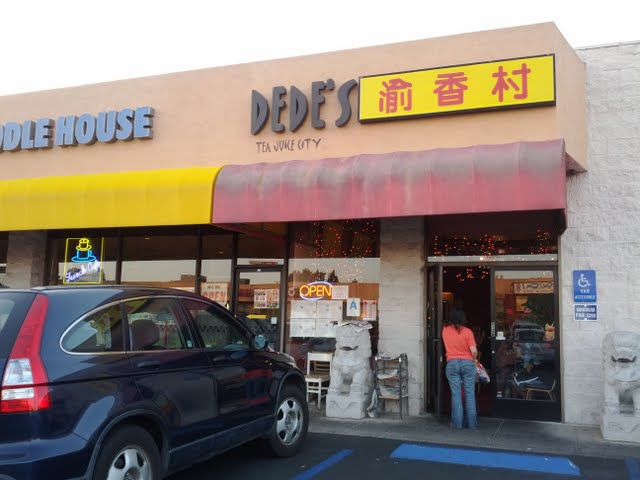 Despite the strange name, DeDe’s is actually a chinese restaurant tucked into one of the many Convoy plazas, and serves spicy Szechuan style food.

It’s been a long time since I visited DeDe’s. I had previously dined there a few times when it was under different ownership. I had found the food to be just average and my least favorite of the spicy Szechuan-style chinese food places in the area. The previous DeDe owners are now one of the owners of the very popular Spicy House and A Cafe.

We recently decided to pay DeDe’s a visit and I’m really happy we did. I was pretty sad with the changing of ownership and chef at Ba Ren, which was my go to place.

The owner was really nice, despite how busy the place was. Because it’s such a small restaurant, there are not many tables and we had to wait a little bit for a table to free up. 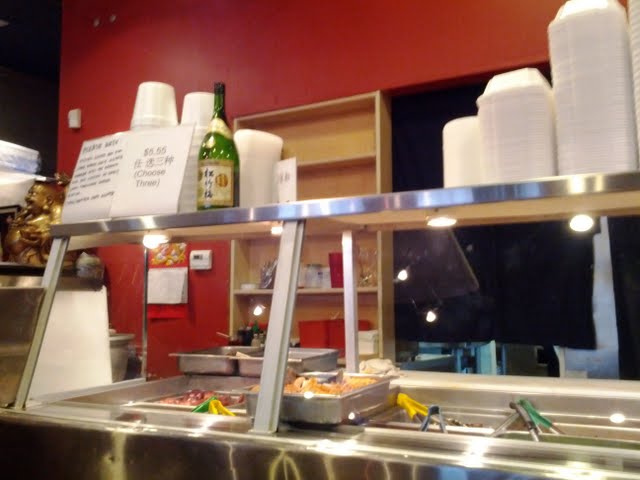 There  is a station of cold appetizers at the front and you an select three for around $5.55 and they make up a plate for you and bring it over. 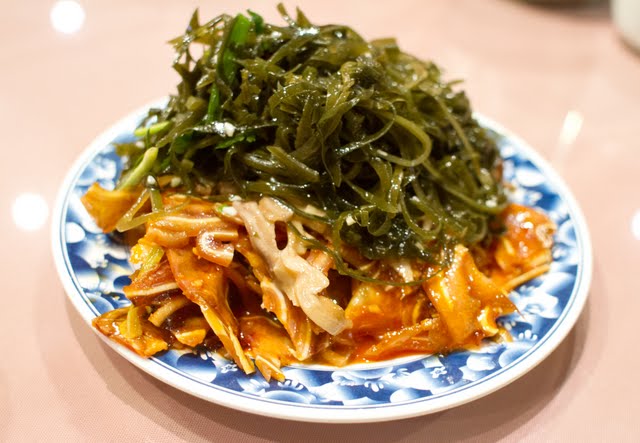 The appetizers were all pretty good. We haven’t seen the spicy intestines at the other spots in San Diego.

As usual, everyone in the group chose one dish: 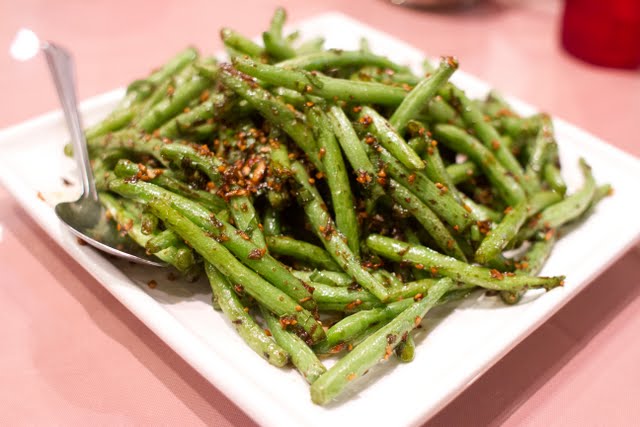 Recently my brother has been ordering this dish at every restaurant we go to. We’ve been disappointed with all the versions, but we actually really enjoyed this one. The quantity was pretty plentiful, the beans were still tender and not overfried and mushy, and the ground beef mixture was not too salty. Ironically my brother was not with us this night. I had ordered it instead as my dish choice. 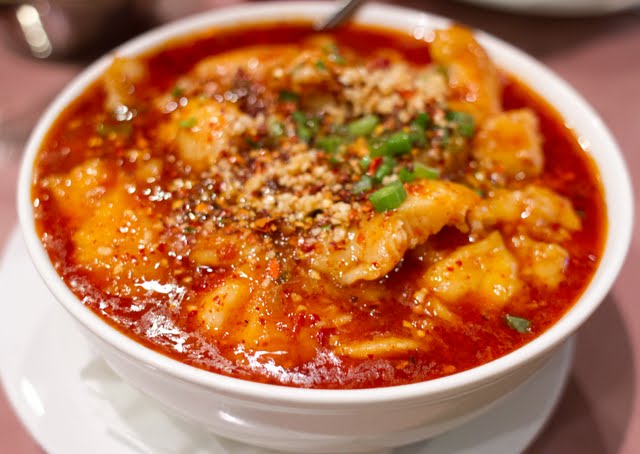 The spicy water/broth had a good flavor to it and there was plenty pieces of fish fillet. Sometimes you’ll see a lot of filler cabbage pieces used and very little of the actual fish, but here there was only a little cabbage to soak up the hot oil. 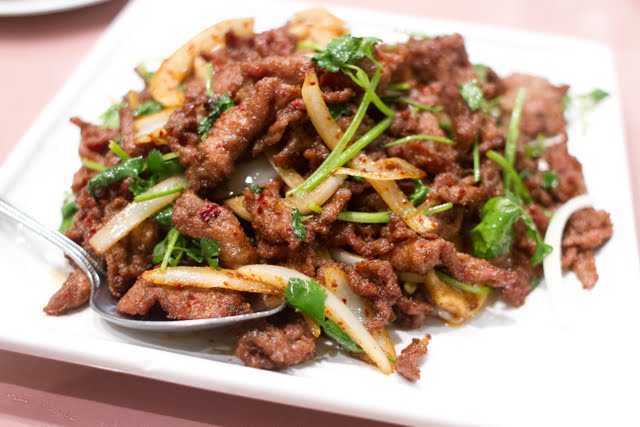 The cumin odor was quite strong. I could smell it from across the table. The cumin flavor was also very apparent in the beef slices. I really enjoyed this dish. 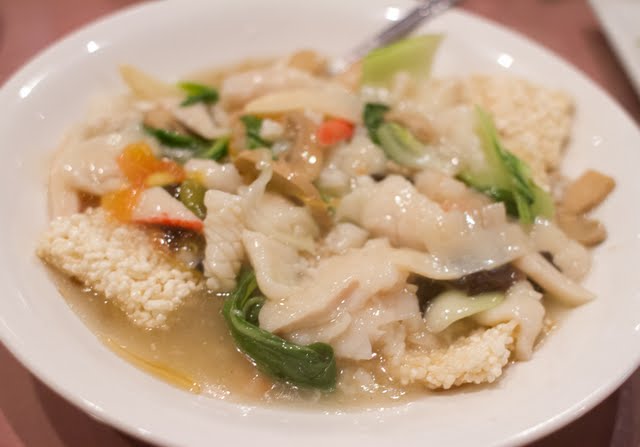 This is one of our favorites. Rice squares are first deep fried. When it arrives at the table, they pour a hot broth over it which the rice soaks up. It sizzles when it is poured on. The rice is both soft from the broth and still crispy around the edges that don’t touch the thick broth sauce. 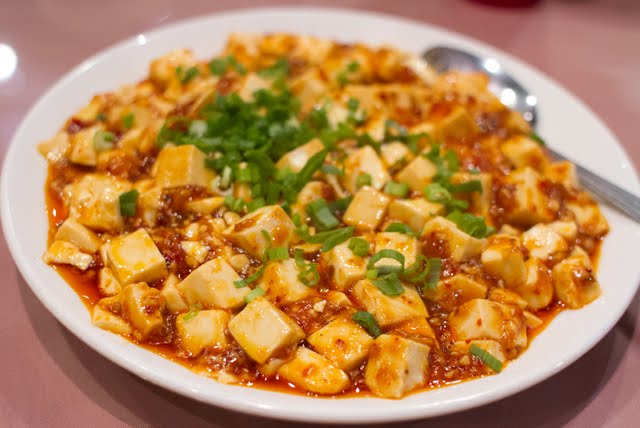 We enjoyed this dish. Not too ridiculously spicy, but you could taste the peppers. Sometimes restaurants use a sauce mix to make it, but it appeared to  be made from scratch here.

We were given some complimentary red bean soup for dessert. 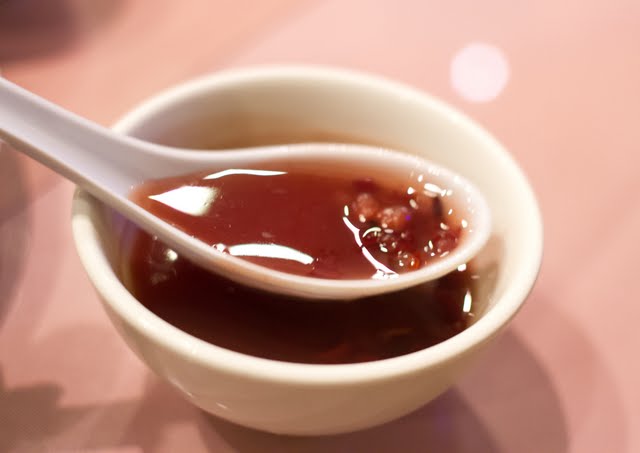 All in all, we were really pleased with our experience. We liked everything we ordered, service was pretty good. I was already craving this place again just days later. We will be back soon. Here’s the menu: 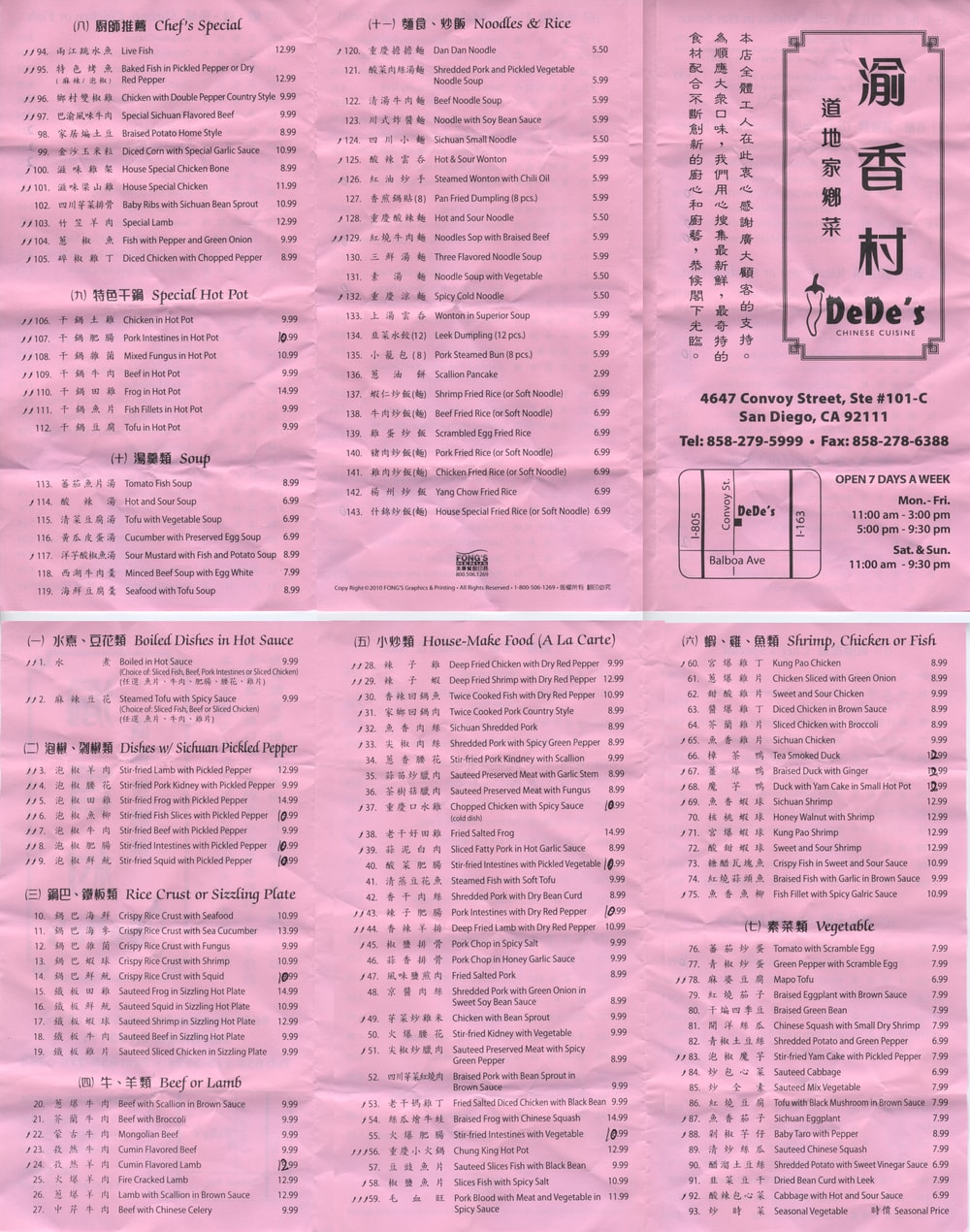