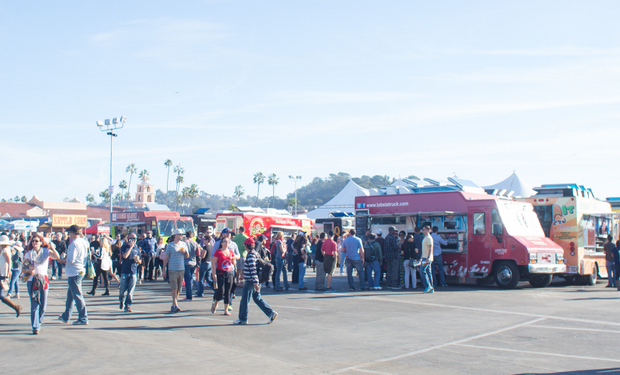 A couple of weeks ago, I was invited to attend the Del Mar Gourmet Food Truck Festival, which occurs about twice a year.

While I’m no longer as obsessed with food trucks as when they first emerged on the scene, this is an event I do enjoy attending because it takes place at the Del Mar Racetrack, so it’s free to attend the festival when you pay for admission to the racetrack. It’s a great way to attend both events in one day for one admission ticket.

After watching a few races, we made our way to the food truck area. There were about 40 food trucks in attendance. We walked around for a bit, trying to decide what to eat.

Cousins Maine Lobster had the longest lines of all the trucks. 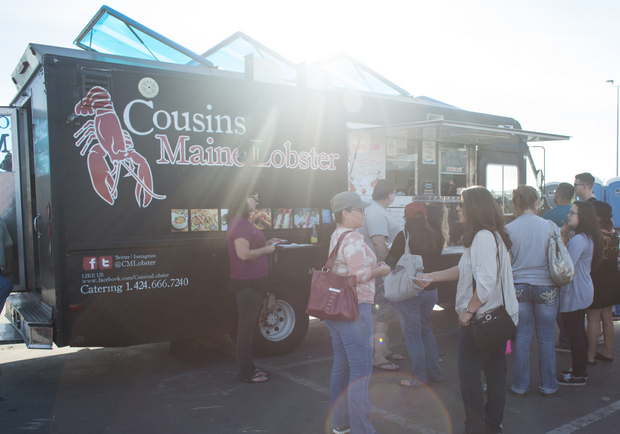 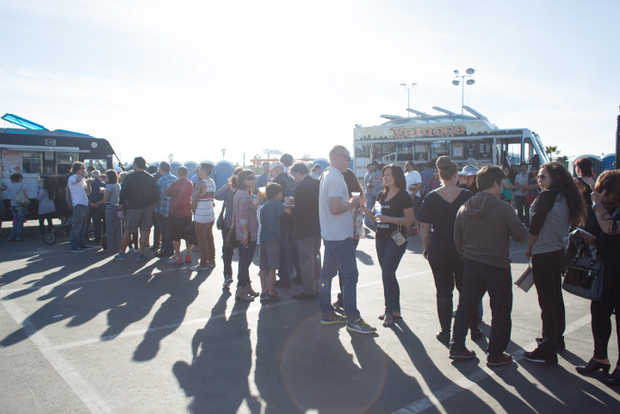 After watching the film Chef, I’ve been craving food from New Orleans. This truck had a decent line going, so it seemed like people were enjoying their food. 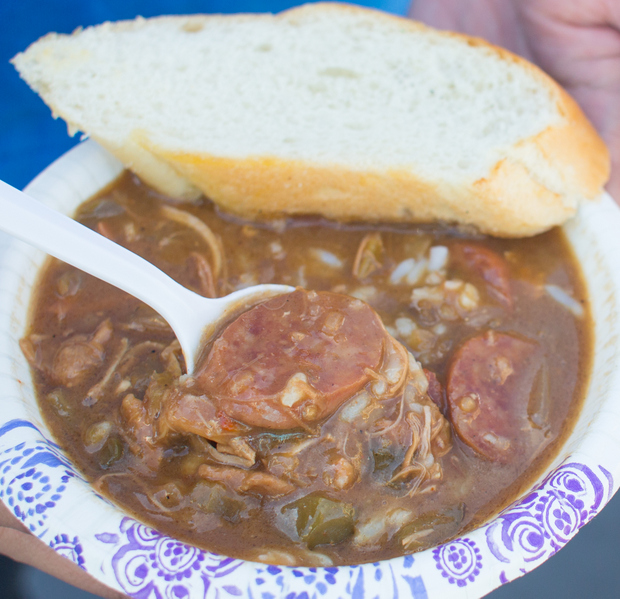 I’ve never had gumbo from New Orleans, but we enjoyed the flavors of the version here. It was thick, hearty, and flavorful. 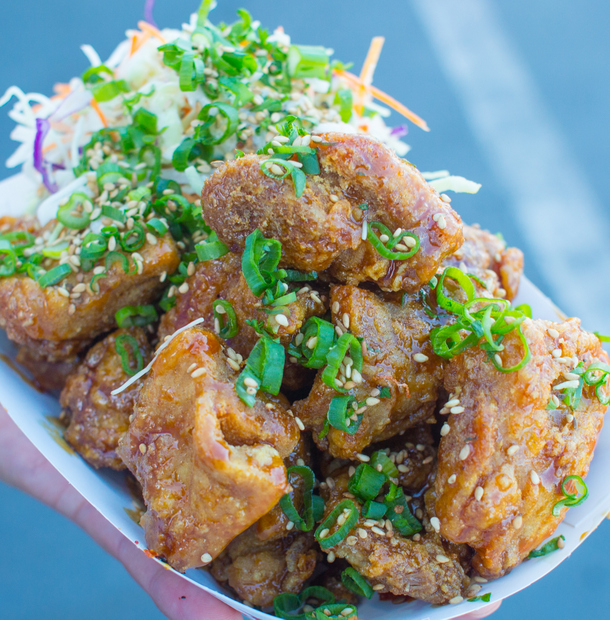 This was our favorite bite of the day. First, the portion was really big. I only expected a few pieces, but there were about a dozen, deep fried, crunchy boneless chicken pieced brushed with a soy caramel sauce. The caramelized glaze was sticky with just the right amount of sweet and salty. The chicken pieces had such a great crunch to them. These were a wonderfully addicting snack. 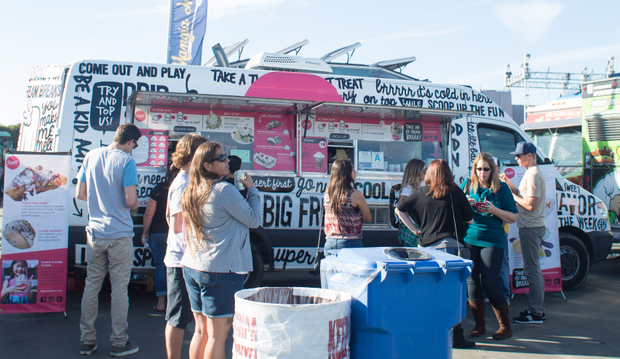 It was a pretty warm day, so we were craving ice cream. Recess had a long line, but the menu was basically just ice cream or ice cream sundaes. We ended up getting two scoops to cool us off (kona coffee and vanilla). 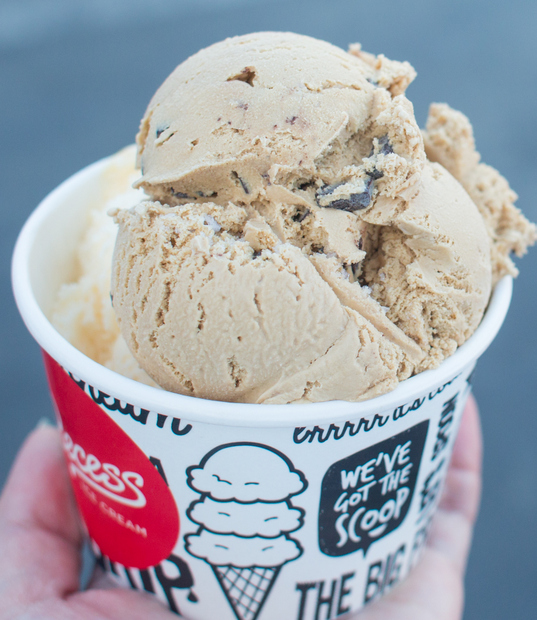 Before heading home, we made one more stop. Having enjoyed the gumbo from New Orleans Cuisine, we decided to return for the beignets.

For $5, we were given two oversized beignets. Unfortunately, they were undercooked and one of them still had raw dough in the middle. 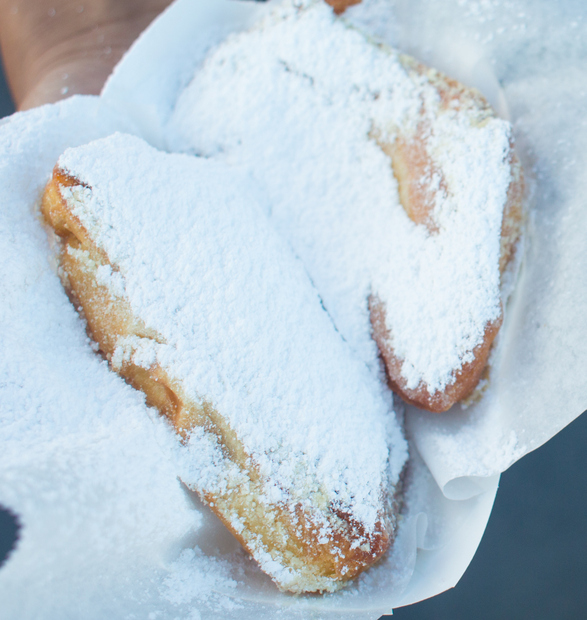 Despite ending on a low note, we did have a good time overall. I like to try to visit the racetracks at least once during the season and when the food truck festival is happening, it’s the perfect time to do two things for the price of one. Plus, there are so many more food options than what is normally offered during the races.

Disclaimer: As discussed above, I was invited to attend the festival and was given complimentary admission tickets and some food truck bucks to purchase food. All opinions expressed in this post are my own.