Del Mar Rendezvous is a Chinese Fusion Restaurant created by Mark Sun, the same person who also started Dumpling Inn and Khan’s Cave. I recently was invited to visit for the first time, and was also given an opportunity to host a giveaway so a lucky reader can check out the restaurant as well (information on the giveaway at the end of the post). 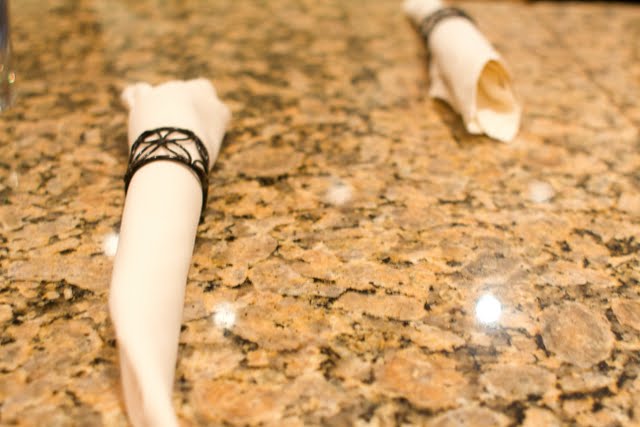 I have to admit, when I first received the invitation to attend, I was hesitant. With my chinese background, I am pretty strict when it comes to eating chinese food. I don’t mind the idea of fusion, but I worried that the food would be too Americanized and I really can’t stand most Americanized chinese food spots. However, I decided to give it a shot. I was curious because the Head Chef and one of the managing partners, Chef Tony, is of Taiwanese descent. His parents run and operate Dumpling Inn, where he also cooked for a year.

Since our visit was so close to Restaurant Week, we were also given the option to place some orders from the Restaurant Week menu in addition to being offered the full regular menu. Dan, one of the owners, greeted us after we were seated, gave us some history and recommendations and was very generous as to letting us try whatever we wanted. I was curious about quite a few dishes but didn’t really have room to try them all.

The restaurant also offers a large  selection of beer and wine, but we decided to skip that. We got water and a nice pot of tea. There were three tea choices and we went with our server’s  recommendation, plum oolong. 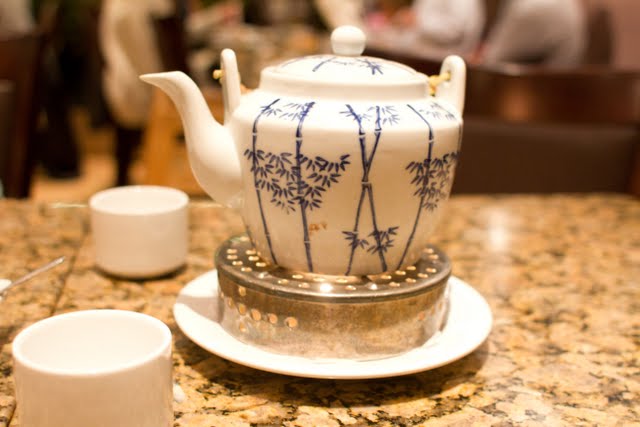 I loved the pretty teapot the tea was served in and the candle warmer at the base. We also really enjoyed the tea. Oolong is not usually not one of my favorites, but the plum takes away some of the bitterness and adds a subtle hint of sweet and sour notes.

After some discussion with our server, we ended up choosing three appetizers. Two of them were on the Restaurant Week menu, the other was just one I had to try because I have an obsession and must try them whenever they are offered to compare. 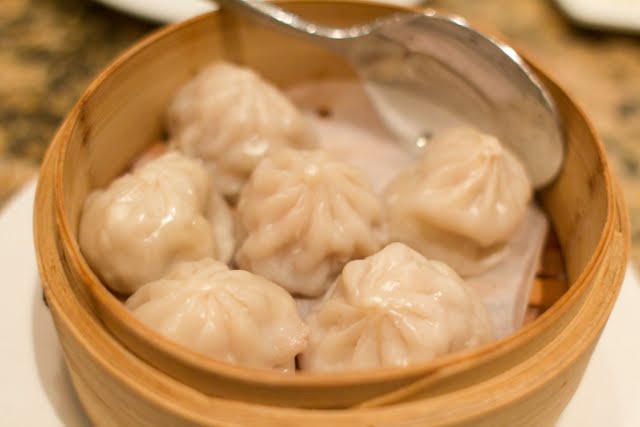 These are on their regular menu. Both FH and I love XLB and order it whenever we see it on the menu. I’m also quite a harsh critic when it comes to XLB though, having tasted some of the best of the best in Taiwan. I’ve yet to find a satisfying rendition in San Diego, but I’m always searching.

I was happy to see none of them were broken. XLB usually have a very thin skin that can break easily. It’s a definite no-no if the skin comes broken because what is so special about these dumplings is that when they are cooked, a soup broth develops inside with the filling. If they come to you broken, all the soup has leaked out and it ruins the dumpling.

I found the version here to be so-so. They weren’t nearly as good as the ones in LA or Taiwan but they are one of the better versions I’ve had in San Diego. The skin was not too thick, there was a good amount of soup inside each dumpling. I did think the soup was a little too sweet. Also the dumplings were not served with the traditional ginger strips and vinegar dipping sauce, which felt odd. 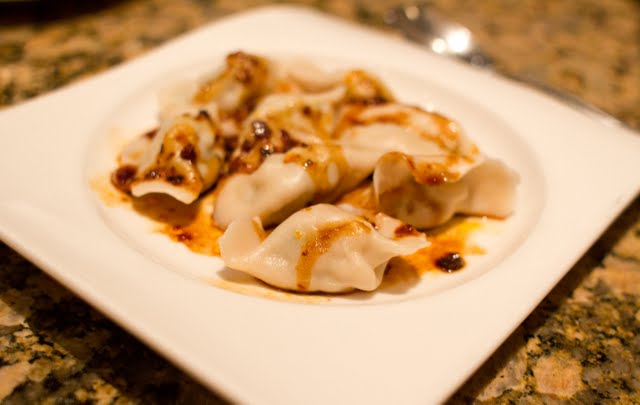 These are one of the RW menu options, and also on the regular menu as well. None of the dumplings are made in-house unfortunately, but it is a family recipe and Del Mar Rendevous subcontracts out the making of the dumplings elsewhere. The dumplings were a little on the small side and didn’t have the homemade chew to the skin I love, but they offered quite a tasty filling. Moist, flavorful, with chunks of shrimp and chives. This dish was the favorite appetizer of the three for both FH and myself and we had no problem eating every last one and would order it again. 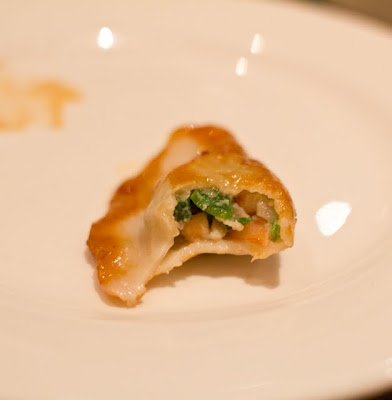 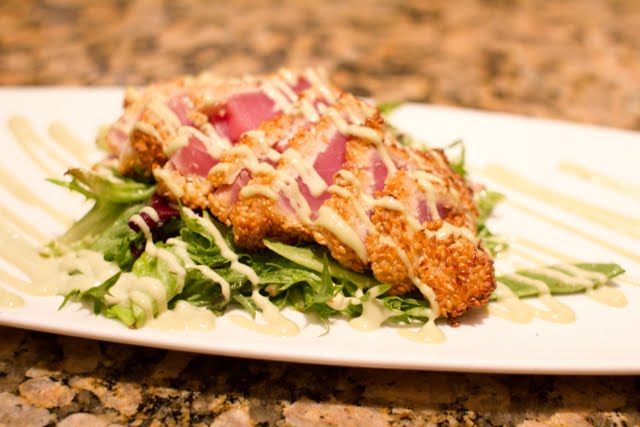 This appetizer is also offered on the RW menu and on the regular menu as well. We added this on because FH loves seared ahi tuna. Unfortunately, neither of us really enjoyed the appetizer. The sesame crust was just a little too much and took away from the flavor of the ahi. 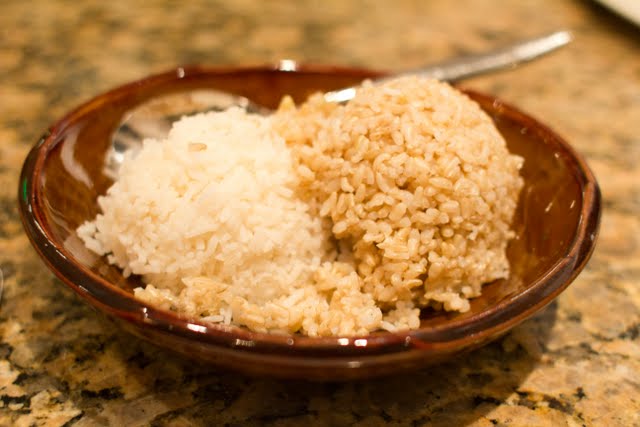 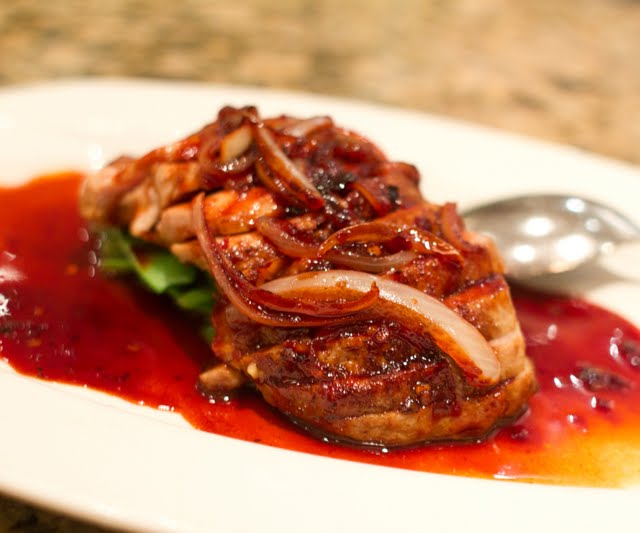 We were debating between this RW and current monthly special item, and the Corn Chowder with Lobster Tail. We were about to switch to the chowder and lobster when our server highly recommended the pork. So we went with his recommendation. My mom would probably scold me for choosing pork over lobster, but I’m glad we did so. 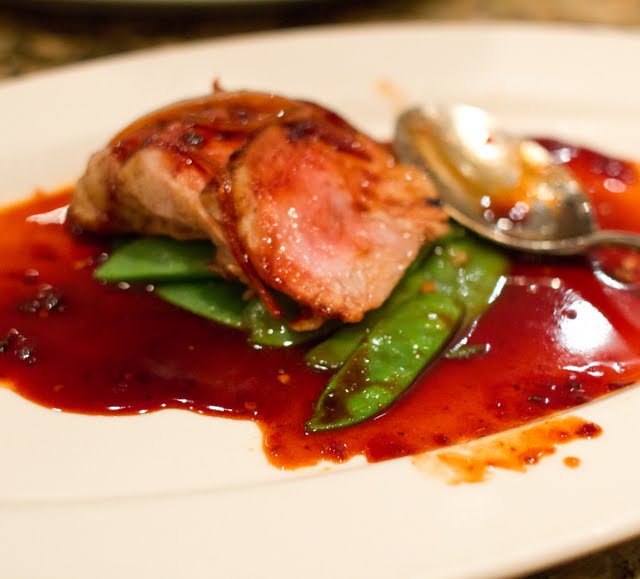 Usually I’m not a fan of kung pao sauce or pork, but this dish was absolutely amazing. The pork was so juicy and moist, just barely cooked and a little pink so that the texture didn’t even taste like pork. The sauce paired beautifully, and we finished every last bite. The bed of sauteed snow peas remained surprisingly crisp buried under the pork. I hope this dish makes it on the regular menu. 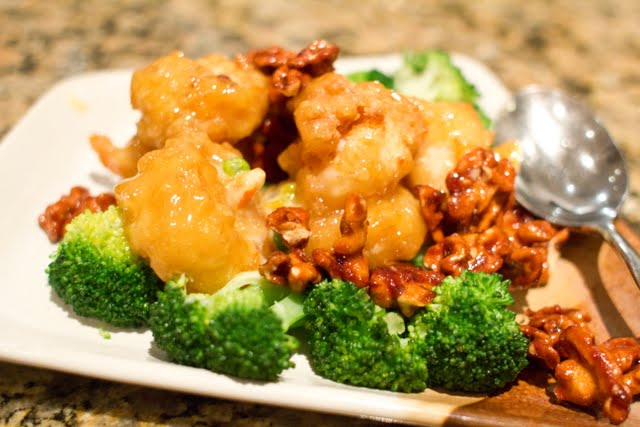 I love walnut shrimp. It’s a Hong Kong dish, though you’ll usually find it at most chinese restaurants. I really enjoyed the high quality rendition here. The shrimp used were jumbo. According to Dan, they use the biggest size before the shrimp are classified as prawns. They were fried with a light mayonnaise batter and served with crunchy glazed walnuts. The only thing I wished differently was the bed of broccoli, which was served steamed. I would have enjoyed a stir fry more as I personally feel that’s the best preparation to enjoy broccoli. But that’s just me.

To end the night, we each chose a dessert, though we barely had any room left.

While the majority of the menu offers chinese dishes, the dessert is much more American. 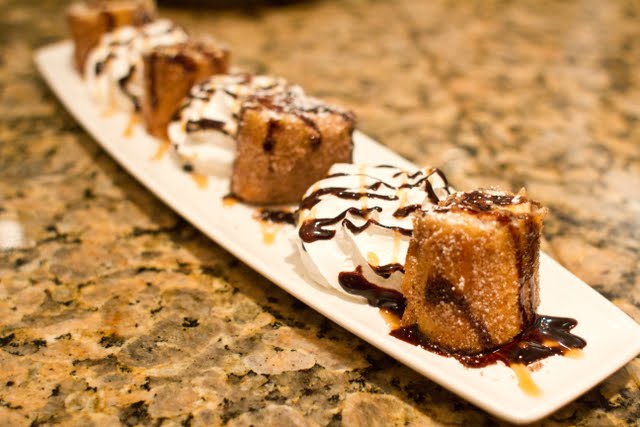 This was probably the most chinese-like dessert on the menu. Xango, phonetically sounds like the mandarin chinese word for banana (pronounced xiang-jiao). It was a little too much banana for me. I preferred our other dessert much more. 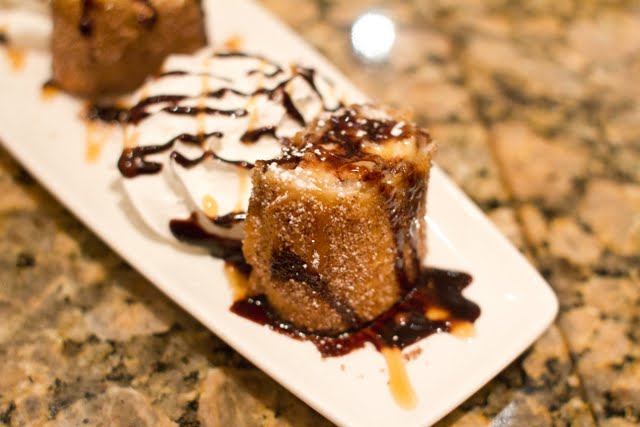 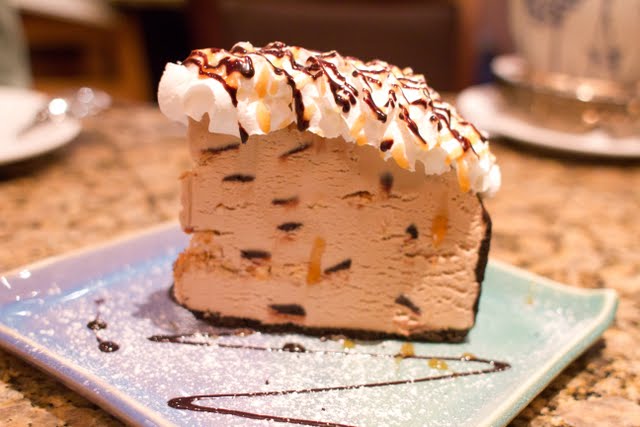 This was a huge slice and yummy. Nothing in particular made it extra special, but it’s mud pie and who doesn’t love mud pie?

Overall, we had a great experience here. Better than I expected. This isn’t necessarily a place I’d go to with my family if we are in the mood for chinese.  I’ll stick to the  more traditional chinese restaurants for that. But next time I dine with friends who are in the  mood for chinese food, I’m excited I finally have a place to take them to. Usually I end up at a “chinese” restaurant I absolutely can’t stand. From the dishes I tried, I thought Del Mar Rendevous managed to strike the delicate balance between making dishes that stay true to authentic chinese cooking but also appeal to the Western palate.

Now onto the giveaway.  San Diego Restaurant Week is just around the corner (January 15-20). Del Mar Rendevous has given me a voucher to give away to one lucky reader. The voucher is a dinner for two at Del Mar Rendevous during San Diego Restaurant week so you can taste some of the things I experienced in this review or other foods offered on the RW menu. Because Restaurant Week is fast approaching, this giveaway is going to have a quick deadline.  Contest ends on Thursday January 12, 2012 at midnight PST. I’ll email the winner and hopefully I can get the voucher in the mail by Friday so that the winner has it by Saturday and can use it any of the RW days. To enter, leave a comment at the end of this post, telling me which RW menu item from Del Mar Rendevous you’re most interested in trying. I’ll use random.org to choose a number. Good luck!

In addition, even if you didn’t win, you can receive a free birthday entree and a 20% off coupon by signing up for their mailing list, through this link created for my readers. I don’t know about you, but I love places that give free entrees for your birthday. And 20% your meal doesn’t hurt either. Sign up here!

As indicated at the beginning of this post, I was invited to check out the restaurant and our meal was complimentary. However, my opinions are my own.

42 comments on “Del Mar Rendezvous and a RW Giveaway!”