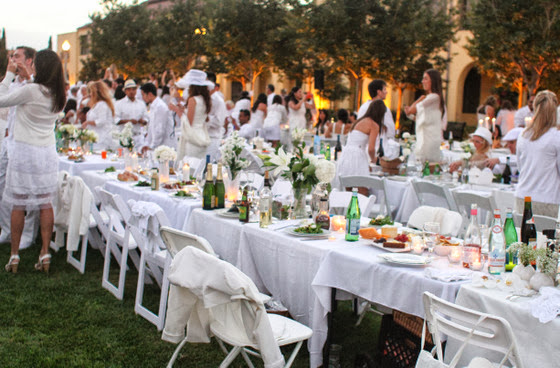 Last month, I got to observe the Diner En Blanc in San Diego. Diner En Blanc, which originated out of Europe is an all white picnic party that pops up in various cities for one night only. The location is kept a secret until the very last minutes, guests must wear elegant white clothes and bring their own tables, decoration and food. 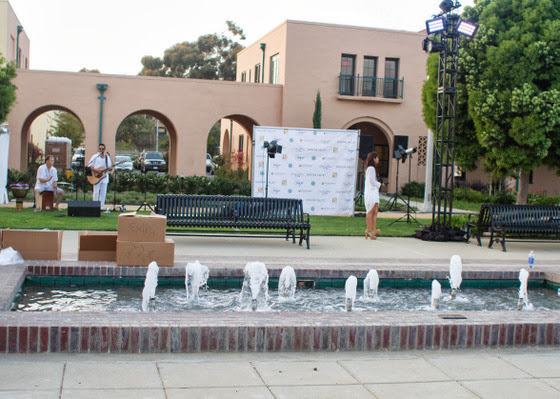 Invitations are initially sent to a select group of people. Those people can in turn invite one guest, who then get to be on the list for the following year. You can also register on the waitlist to try to get an invitation. 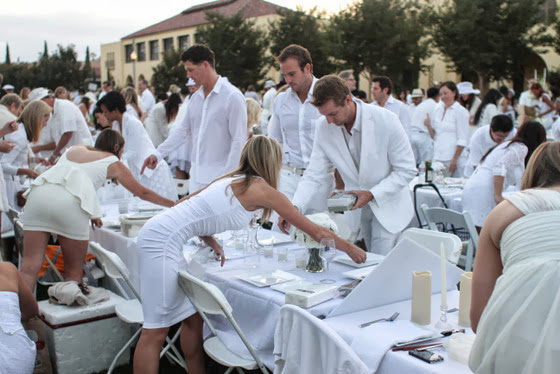 This was the second year that San Diego participated in the event. I was lucky enough to receive an invitation both years, but the idea of planning a dinner party on a weekday was just too exhausting for me. So I did not attend last year, but I was definitely curious. This year, I was invited to sit in the media lounge area during the beginning to observe the event and the chance to participate after. I loved this idea. It gave me a chance to relax, observe, and still leave early. 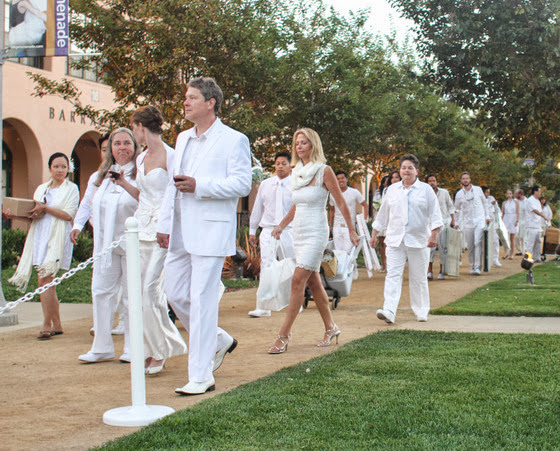 Attendants could choose a shuttle stop closest to them when they signed up for the party and they were then shuttled to the secret location. At the last minute, it was revealed that this year’s event would take place at the NTC Promenade at Liberty Station.

Once guests arrived, they quickly began setting up.

People really went all out with the food and the table decor. Here are some of the highlights. 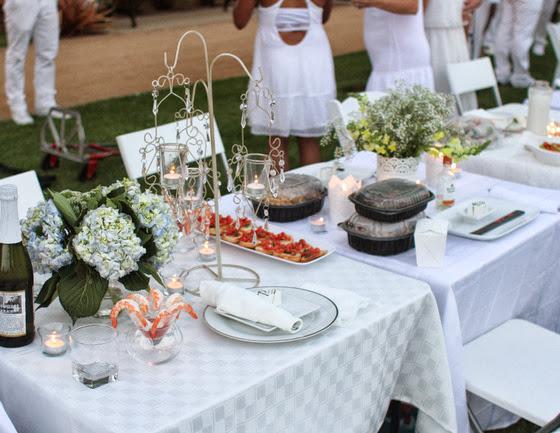 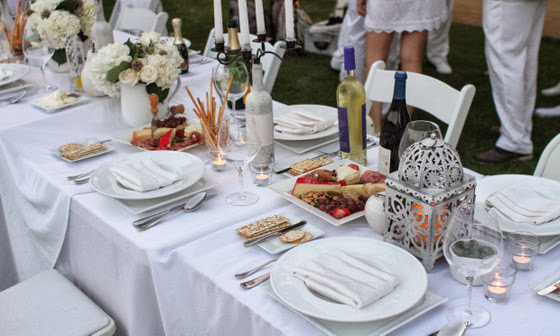 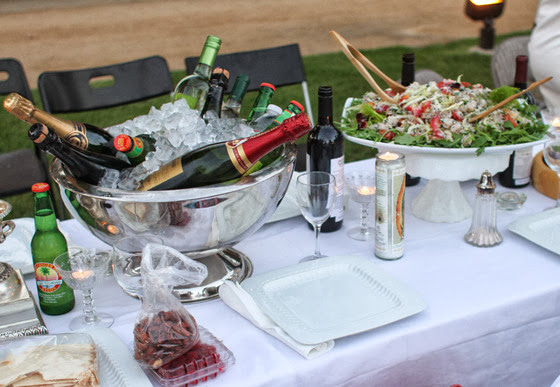 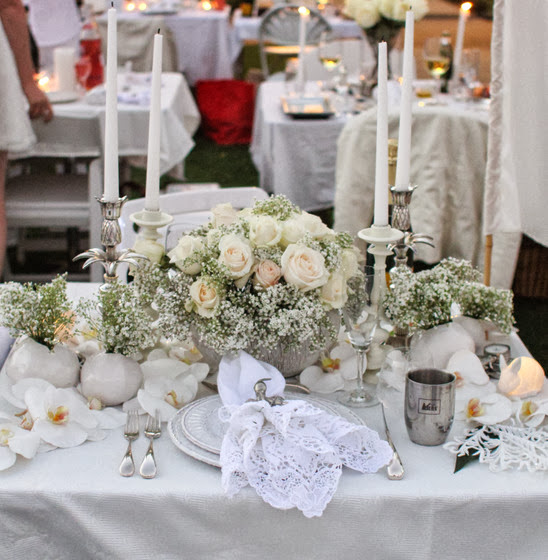 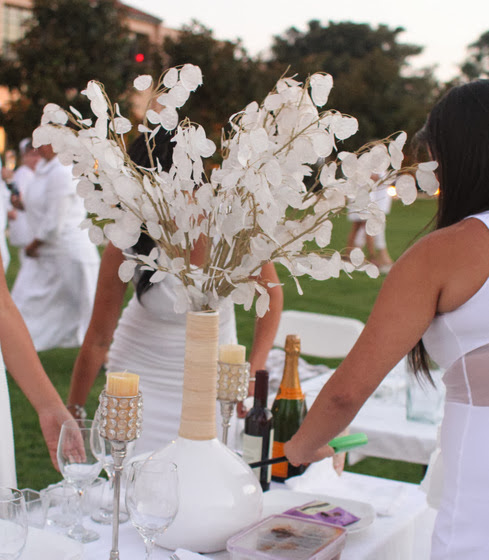 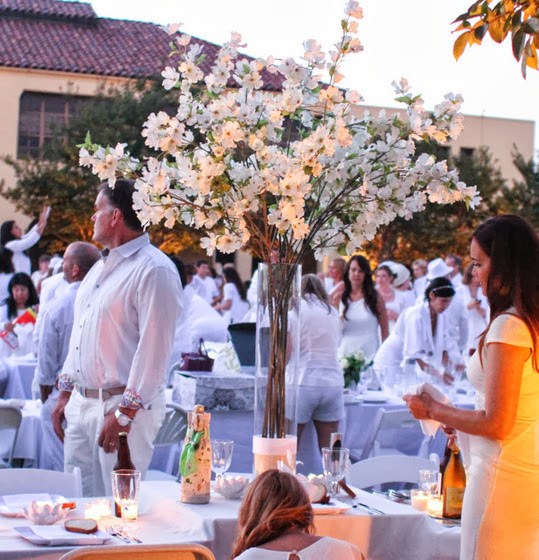 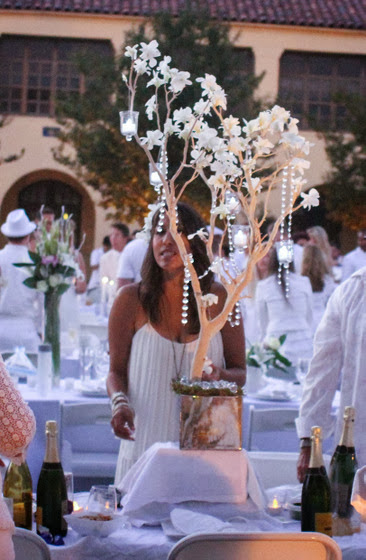 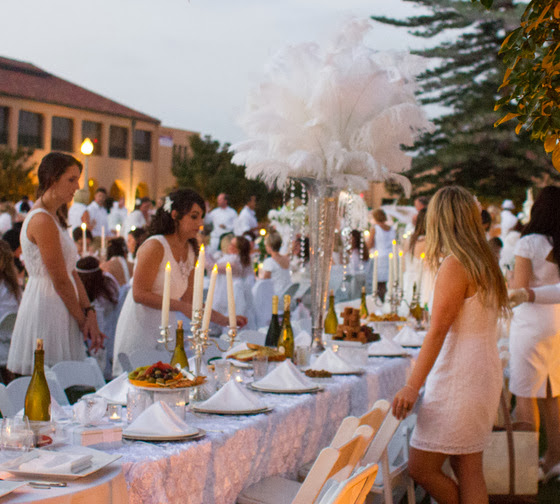 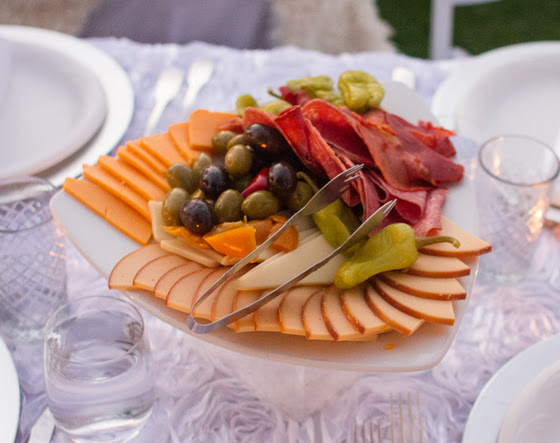 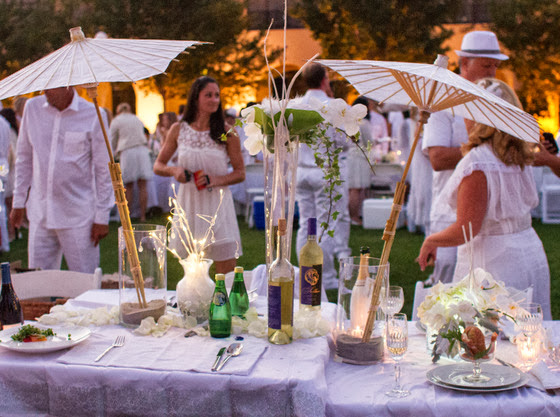 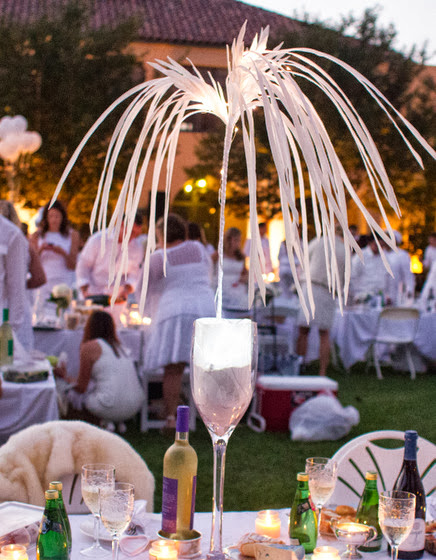 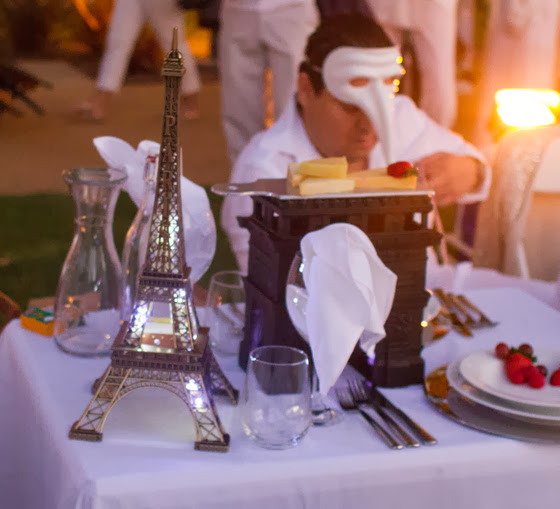 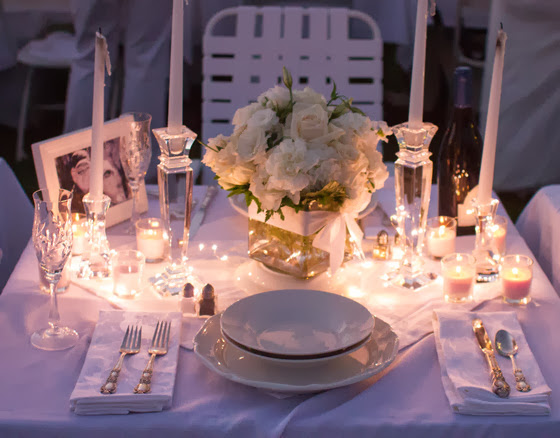 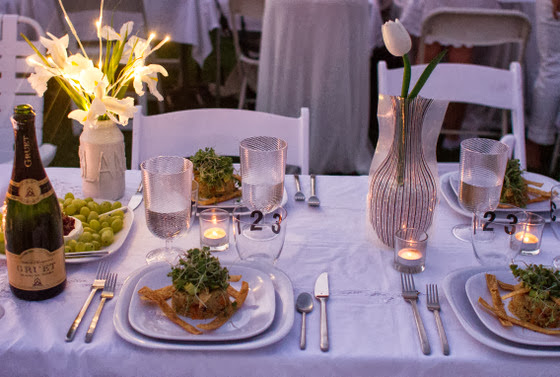 Once everyone was finished setting up, the was an official waving of the napkins to start the feast. 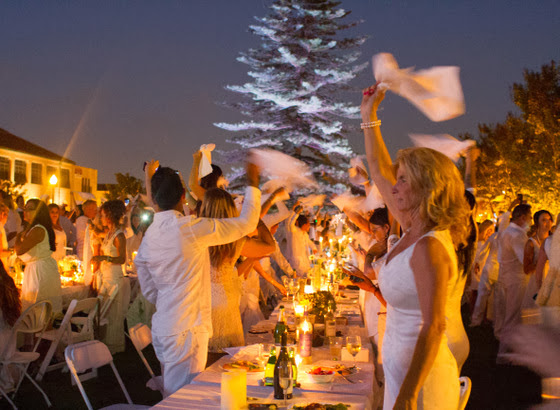 Later on that night there was music and dancing as well. 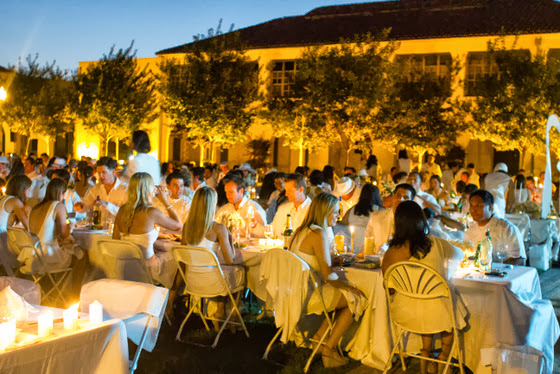 It was fun watching the event unfold. I can definitely understand why people would want to attend and participate in this secret pop-up party. It’s a chance to do something different, meet new people and see some really fun displays. 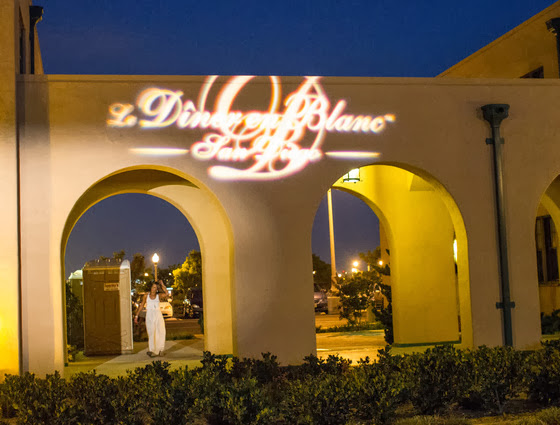