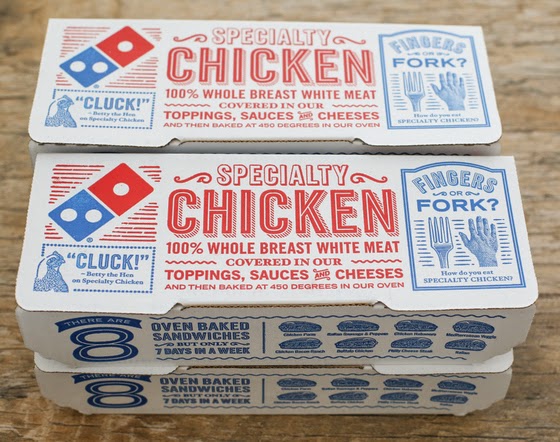 A few weeks ago, my twitter feed was abuzz with talk of a fried chicken pizza crust. Of course, my interest was piqued.

Turns out the buzz was related to Domino’s new specialty chicken. It’s not chicken pizza crust, though I can see where the confusion lies, since Domino’s predominantly sells pizza. Shortly after, Domino’s contacted me, offering to deliver some samples to my door.

I don’t know why this made me giddy. It’s not like I haven’t had pizza deliveries before, but I was still super excited to get this delivery, perhaps because it’s the first one in our new house.

The specialty chicken consists of breaded chicken breast cubes, loosely bound together with melted cheese and other toppings, and shaped into a long rectangle. It’s similar to eating chicken topped pizza without any crust. 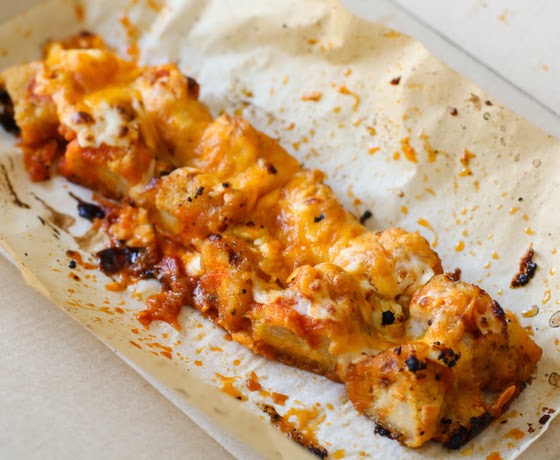 Of the four, this was my least favorite but one of Mr. K’s favorites. I thought the buffalo sauce made it messy and it made the chicken soft rather than crispy. 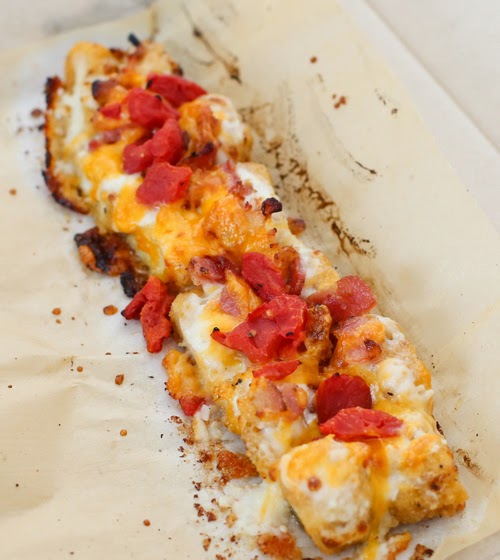 This was one of my top two and the one that most resembled pizza because of the tomato and cheese. The chicken pieces also remained crispy. 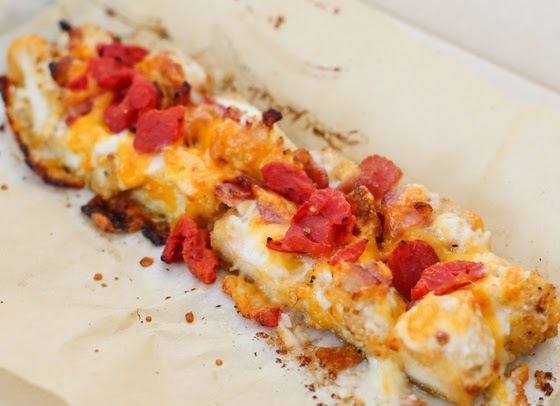 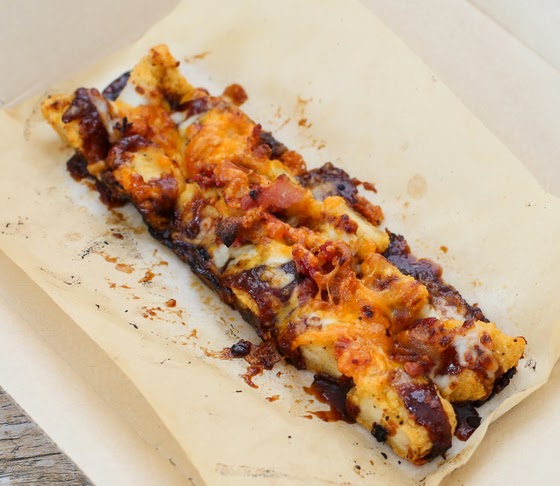 The least salty of the four, this was my second favorite. The chicken pieces also remained crispy for this one. 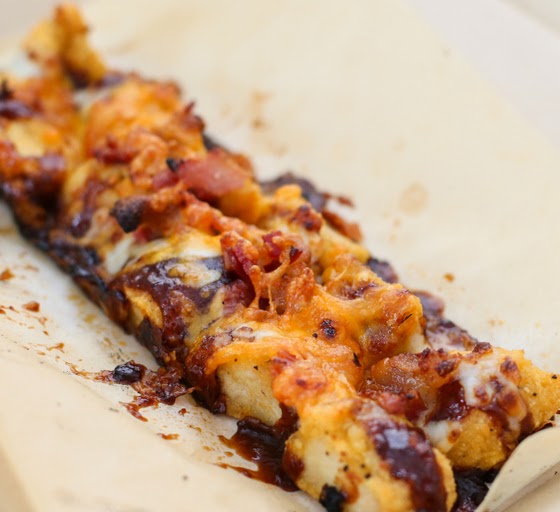 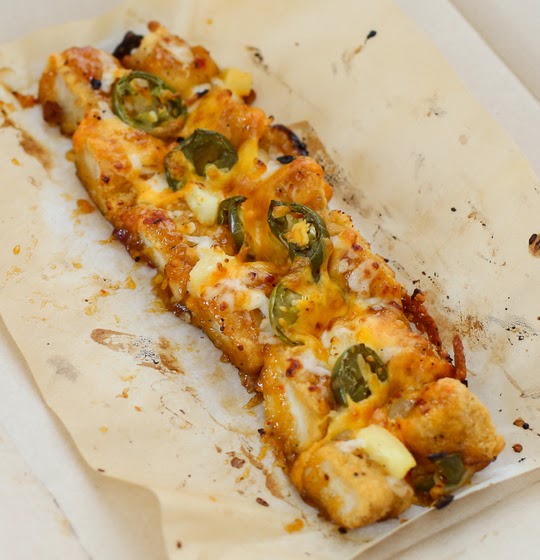 I don’t like jalapenos and I don’t like pineapple on my pizza, so this was in my bottom two. This was in Mr. K’s top two though as he loves jalapeno flavored foods.

Overall? I think these work as an appetizer, but are too heavy and calorie filled for a meal. If you’re in the mood for trying something different with your pizza order, it’s worth a try at only $5.99 an order, but it’s not quite as magical as the idea of fried chicken crust pizza.

Disclaimer: Please note, as stated above, Domino’s provided me with complimentary specialty chicken samples. I was not further compensated for this review and my opinions remain my own.